Skip to content
Home » Kratos vs Hades: What is the Difference? 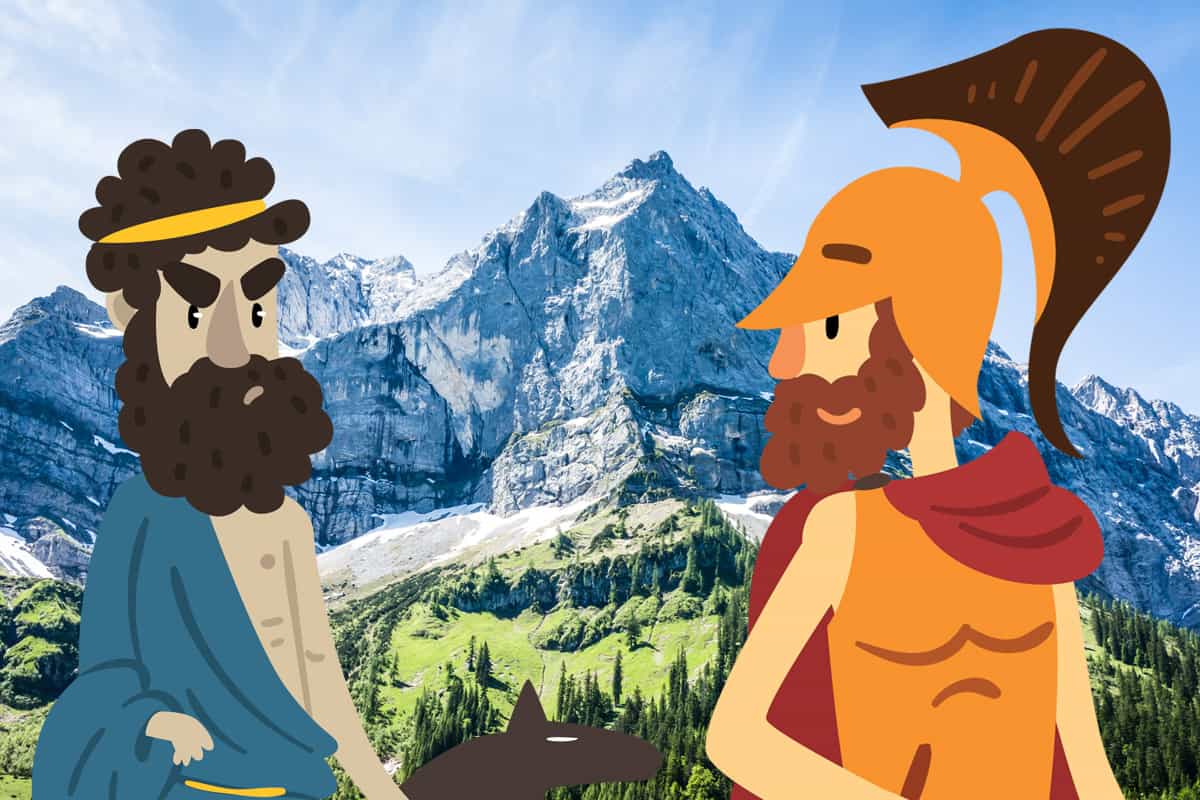 Hades, brother of Zeus and Poseidon, ruled the Underworld. Kratos, son of the river and goddess Styx, was the god of strength and power. But it may be more appropriate to define that strength and power as brutality as he was truly merciless. He was also exceptionally loyal to Zeus and periodically helped him exact revenge or punishment.

Of the two, Hades might be more famous. He might have even been more feared. Chances are, we generally tell more stories about him and he’s had more influence in popular culture. But in comparison to Kratos, he was relatively benign. Sure, his rage was legendary if the dead stepped out of line. But when it came to the living, he was rather ambivalent. Kratos was nothing short of walking brutality. According to Aeschylus’s Prometheus Bound, Prometheus’s punishment was his idea. But they both show up in the video game God of War.

Neither Hades nor Kratos was a being you want to cross. That’s the important thing to take away from this.

What is the Difference Between Kratos and Hades?

Before the Olympians, there were the Titans. The titans were born from Gaia, a primordial deity, believed to be the Earth itself, and Uranus the personification of the Heavens. Classical myths suggest that Gaia created Uranus after emerging from the Chaos or darkness that existed before her. Through their union, the twelve original Titans came. They set the standard for the Greek pantheon family relationships and that standard was dysfunctional on the best days.

At some point, Uranus locked up his children in Tartarus – the Greek, hellish prison. Gaia was none too pleased about this and encouraged them to rebel against Uranus. They did and took the throne of Olympus, placing Cronus as their ruler. Cronus married his sister Rhea. Their children ended up being six of the twelve Olympians who would follow in the footsteps of their father. That is, they rebelled against him and claimed the throne of Olympus from him. After that happened, the three brothers – Zeus, Poseidon, and Hades – drew lots to determine who would rule the heavens, the sea, and the underworld. Hades drew the underworld and left Olympus to rule there.

Now, take your mind back to the titans. Gaia and Uranus had many children before Uranus imprisoned them all. Besides Cronus and Rhea, they also had Eurybia and Crius. Neither of these Titans was particularly important in the grand scheme of Greek lore but their union did produce Pallas who was a Titan god of warcraft. He married Styx who is both a divine river that separates the world of the living from the dead. Styx was the daughter of Tethys and Oceanus. They were siblings of Eurybia and Crius. This made her and Pallas cousins and spouses.

As stated above, Hades ruled the Underworld. He took care of the land people go to when they die. As such, he was called upon by practitioners of the Hellenistic faith as part of funeral rites. His power yielded all souls and creatures of the Underworld to him. Additionally, he had a helmet that allowed him to become invisible at will. He had so much power that he needed few ‘special’ abilities or powers.

Kratos is believed to be the personification of strength. Viscous to a fault, many of his stories include him advocating for extreme violence and protecting Zeus’s stronghold. As he was the strength embodied, physical strength was also his greatest gift and ability.

Hades does not have many stories in which he is the main character. Even his own origin story focused heavily on Zeus. He was incredibly feared which may account for his general lack of presence but he also was one of the few deities that stayed in their lane. He focused on his domain, ruled over the dead, and left the living to others. Maybe the story in which he plays the greatest role is of his abduction of Persephone, Zeus’s daughter and eventually his wife. Another notable story is that of Sisyphus. If the name sounds familiar, it’s because Sisphyus is the one condemned to roll a rock up a hill for eternity.

Essentially, Zeus kidnapped Aegina, daughter of Asopos, because, well, he could. Zeus does quite a bit of kidnapping without much justification for the matter. Nevertheless, Sisyphus heard about it and decided to inform Asopos of this act. Zeus was furious and his rage is not easily compared. Zeus ordered Hades to chain Sisyphus up and take him to the underworld. But it wouldn’t be Greek mythology if all had gone according to plan. So, Sisyphus, who was known to be mischievous and cunning, tricked Hades into chaining himself. This presented the world with a problem because as long as Hades was chained up, no one could die. This incited the rage of several of the Olympians who forced Sisyphus to let him go. Later, he cheated death again by tricking Persephone to let him back into the land of living only to be dragged back by Hermes. It was then that Hades delivered his eternal punishment to roll a rock up a hill for eternity.

Aeschylus knew how to write an entrance. One of the most iconic stories of Kratos comes from Aeschylus’s Prometheus Bound. The opening scene demonstrates Kratos’s brutality and loyalty to Zeus. Prometheus had been taught after stealing fire to give to mortals. Kratos drags him on stage and convinces Hephaestus to bind him to a rock where he’d spend eternity having his liver eaten out by eagles. This story encapsulates Kratos and his penchant for brutality.

Where the Greeks kept stories of Hades in the background, popular culture has made him iconic. Who doesn’t love the blue-flamed hair of Hades in Disney’s Hercules? He also made a notable appearance in Clash of the Titans and the Percy Jackson & the Olympian Series. But Kratos? Most of his claim to fame was in retellings of Prometheus Bound.

The one place both Hades and Kratos show up is in the video game franchise God of War. In this series, Kratos is the protagonist and is on a path of vengeance. Later additions to the game start to bring in Norse mythology as well.