Skip to content
Home » 13 Most Random, Obscure, and Unknown Greek Gods and Goddesses 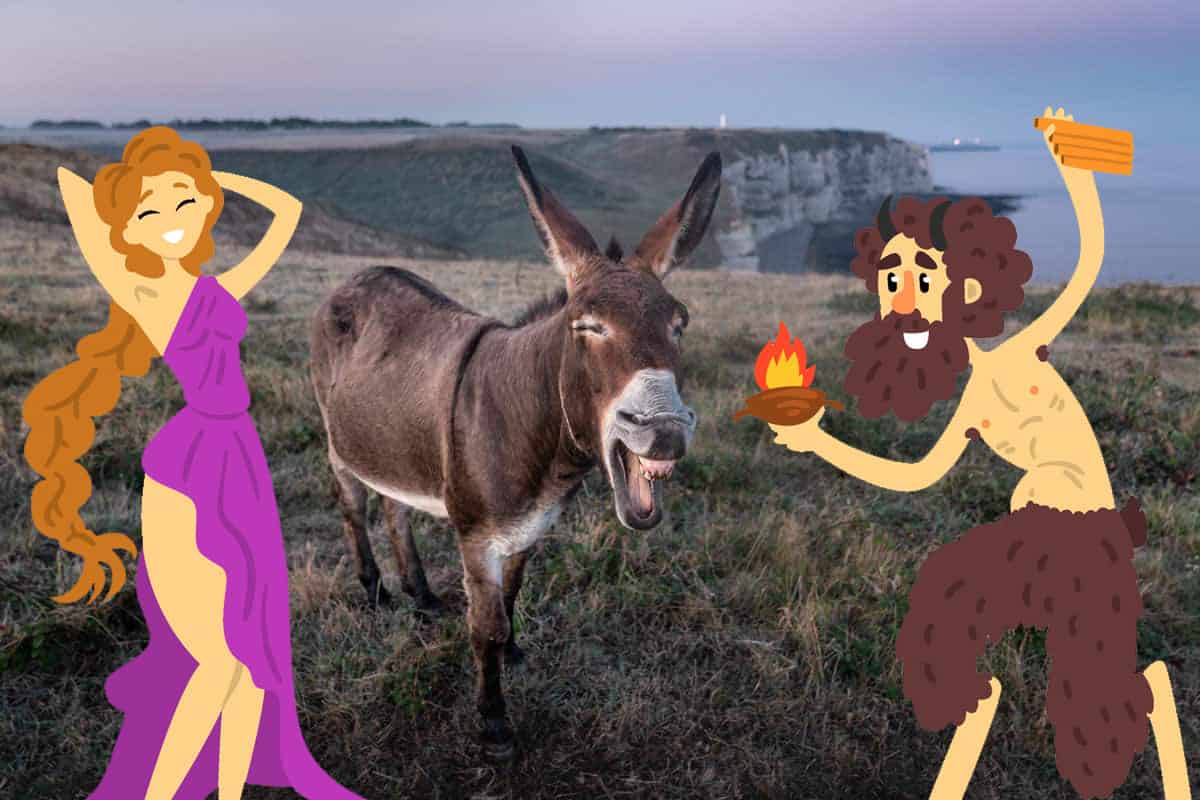 Everyone knows the Olympian gods Zeus, Poseidon and Apollo but in the vastness of Greek mythology there are many more random, obscure and sometimes completely unknown Greek gods and goddesses.

This is our attempt to catalogue a few of them. So please enjoy!

The Most Random, Obscure, and Unknown Greek Gods and Goddesses

Charon was the son of Erebus, the God of Darkness and Nyx the Goddess of Night. But most people might have heard of him because of his occupation — he was the boatman who ferried the dead across the River Styx. Charon would demand a payment for each person he took across, this would usually be one gold coin. This was the reason why the Greeks would place a gold coin in the mouth or sometimes in the eyes of the dead.

The most famous myth involves Charon meeting Heracles. Heracles had been tasked with kidnapping the 3-headed god Cerberus from the underworld. To get there Heracles had to ask Charon to ferry him across the river. Charon did so but he was punished by the lord of the underworld Hades and put in chains. 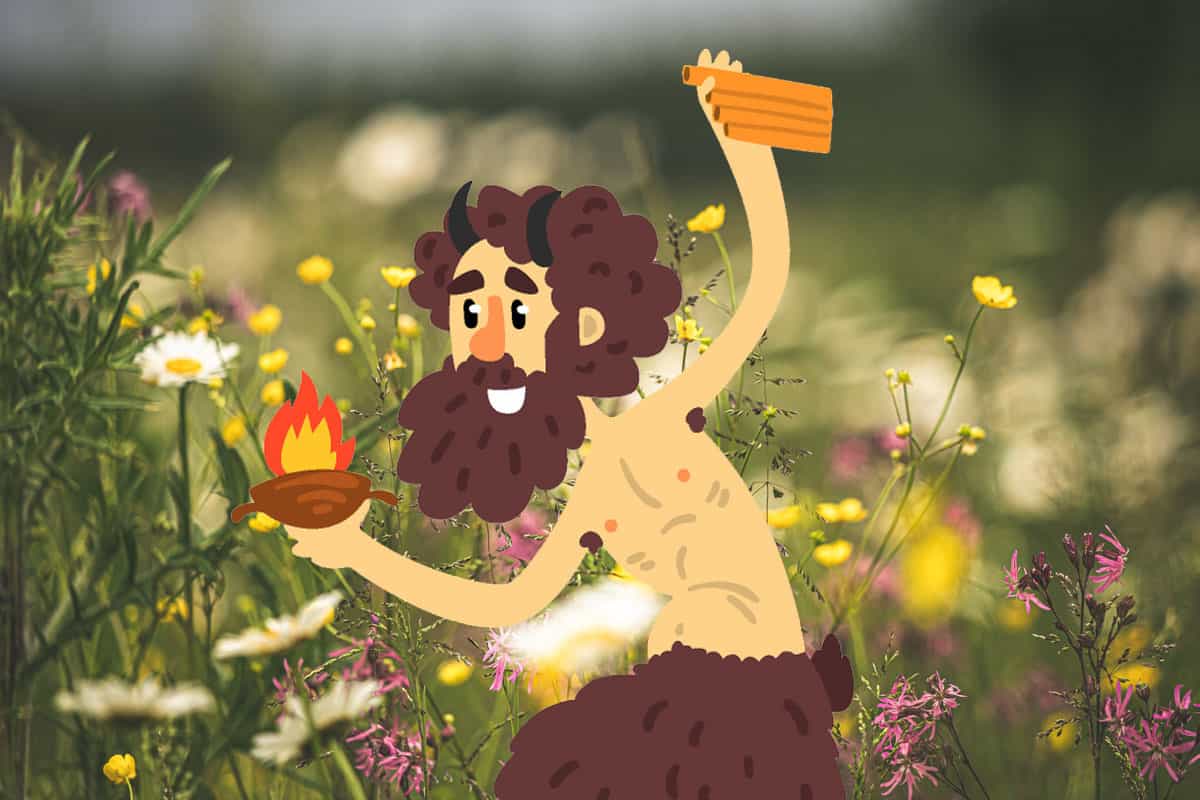 Pan was the son of the Olympian god Hermes. He was said to be the God of shepherds, flocks and pastures. He was also said to have a human upper body and the legs, ears and horns of a goat. Many myths say he is the eldest God of all, older than Zeus.

In the myths, Pan was always trying to seduce some nymph or another. He was also involved in a music contest with the God Apollo and won, the judge was given the features of an donkey as punishment. It was also said that when the Persians panicked and fled during the battle of Marathon, it was because Pan had made panic. Pan was also useful during the Titanomachy, as his war cry was able to paralyse anyone who heard it.

The Graces were the daughters of Zeus and Euphrosyne. Their names were Euphrosyne, Aglaia, and Thalia. They symbolised beauty, charm and of course grace. They were said to make life comfortable and to improve day to day enjoyment of life.

They were the sisters of the Hours and the Muses, and together they would attend all the festivities held on Mt. Olympus.

Oceanus was the son of Uranus, the sky God, and Gaia, Goddess of the Earth. He married his sister Tethys and together they gave birth to many many children. There were the Potamoi, 3000 sons, and the Oceanids, 3000 daughters, who would give their names to many rivers. Oceanus was the Titan God of the Ocean and the source of all the fresh water on earth. He is often described as being fish or serpent like in appearance.

Oceanus was 1 of 6 Titan brothers. He is notable because while his brothers together chose to overthrow their father Uranus, Oceanus would sit out the conflict. He also didn’t participate when Zeus overthrew his brother Cronus. He also features in one of the labours of Heracles, helping him to cross the ocean and reach the island of Geyron.

Apate was recruited by Hera when she found out that Zeus had been having an affair with the mortal Semele. Hera was forever jealous and she conspired to have Semele killed. She had Apate convince Semele to ask Zeus to reveal his true form to her. He did and she was consumed in fire and shrivelled up and died.

Deimos and Phobos were said to be the evil sons of the Ares and Aphrodite. Phobos was the God of Fear and Terror while his brother Deimos was the God of Panic. In fact, in Greek Phobos means fear and Deimos means panic. They both had cruel personalities and delighted in warfare and the slaughter of men. They were, unsurprisingly, both respected and feared by the Greeks.

Deimos and Phobos would ride around the battlefield often in the company of Ares and his sister Eris, the Goddess of Discord. It was said that both Heracles and Agamemnon both worshipped Phobos.

Asclepius was the son of Apollo and Coronis, a princess of Orchomenus. He was said to be the god of healing.

In the Greek myths, Artemis the brother of Apollo killed Coronis for sleeping with another man. So Hermes took Asclepius and gave him to the centaur Chiron to raise. It was Chiron who taught Asclepius about the art of medicine. When Asclepius grew up he married Epione and together they had two sons. One day, Asclepius went too far with his power of healing and brought someone back from the dead. Zeus was angered by this act and threw a thunderbolt at Asclepius and killed him.

Epimetheus was tasked with making the first animals and beasts, and without thinking gave most of the good traits to the animals forgetting he would need some of these traits for when he and his brother made humans. When Zeus wanted to take revenge on Prometheus for giving humans fire, he gifted Epimetheus with a wife, Pandora, who brought with her a box of evil spirits to unleash onto the world.

The fates were the daughters of Zeus and Themis, the goddess of Necessity. Their names were Klotho, Lachesis and Atropos. They were believed by the Greeks to guide people’s destiny and even the great Olympian Gods couldn’t escape their power.

In one story, Apollo gets the fates drunk. He wished for his friend Admetus to live a longer than usual life. The three sisters would spin the thread of life for all humans but also cut it short for their own entertainment.

Hypnos was the son of Nyx, the Goddess of the night, and the brother of Thanatos the God of Death. Hypnos lived with his the sons, the Dreams, on the island of Lemnos. There in a secret cave, through which flowed the River Forgetfulness.

During the Trojan war the Goddess Hera wanted to help the Greeks. However, Zeus had forbidden any of the Olympian gods from taking side. Hera, promising one of the Graces as a bride, asked Hypnos to help. He caused Zeus to fall asleep and while he was sleeping the Greeks fought and were victorious. 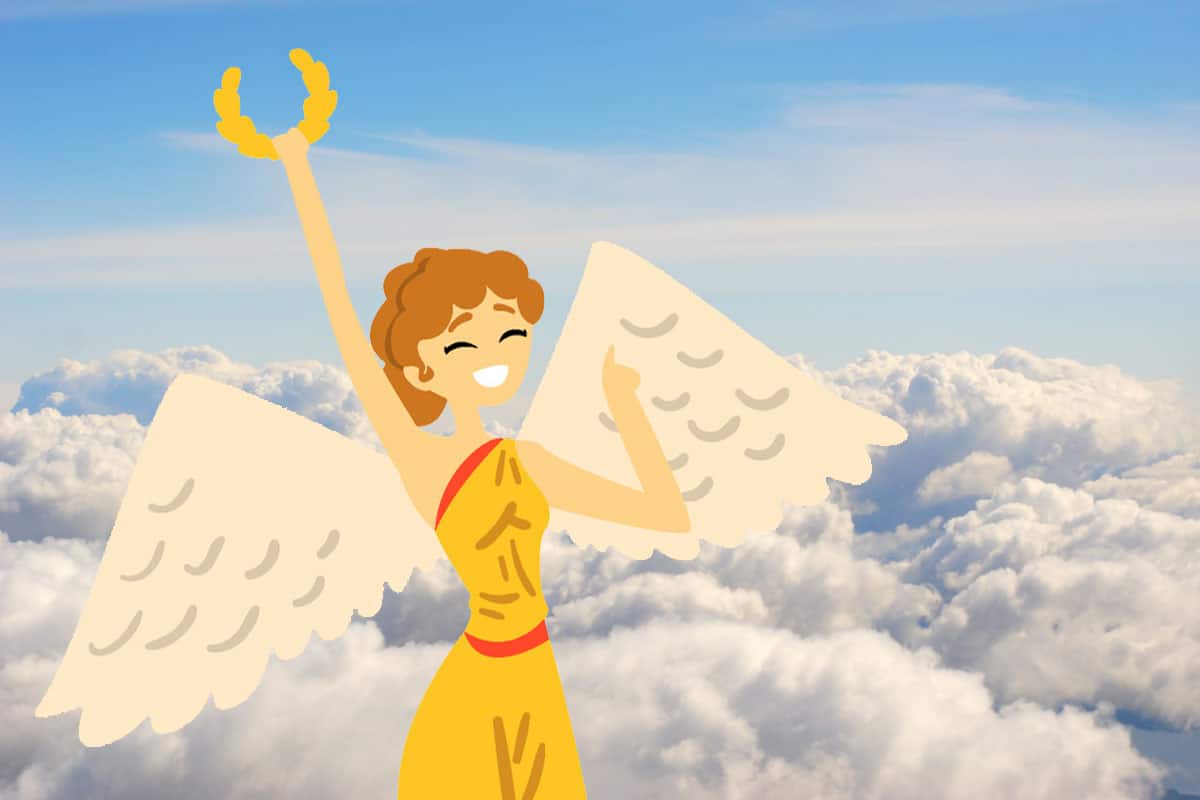 It was said she would fly over the battlefield, deciding who would win in little skirmishes below, and granting the glory to the victor.

Eos was the daughter of the Titans Hyperion and Theia. She was also the sister of the sun god Helios, along with
the moon goddess Selene. She would ride her chariot from east to west announcing the arrival of her sun god brother.

Ares the God of War was attracted to Eos, but Aphrodite had other plans. She cursed Eos to only fall in love with mortal men. She had many fraught and unhappy affairs with different men. One of the major problems being that mortal men aged, grew old and died and Eos would have to endure this.

Priapus was the son of Aphrodite and Dionysus. He was the minor Greek god of Gardens. When he was born he was rejected by his mother because he was misshapen and deformed. He was said to have a twisted body and oversized genitals.

There aren’t many stories about Priapus, but one of the main ones involves a donkey. One day Priapus was attempting to sneak up on the nymph Lotis while she slept. As he was about to hug her, a donkey nearby made a terrible noise. Lotis awoke and ran away. From that day onward Priapus had something of a vendetta against the beasts and would call for their deaths whenever possible.

So there you have it. 13 of the most random, obscure, and unknown Greek Gods and Goddesses.

It is perfectly possible that you are familiar with some of these characters. If that is the case then I hope you haven’t wasted your time. To all the other readers. I hope you enjoyed the list. Let us know any others you feel should be included in the 13. Thanks!

3 thoughts on “13 Most Random, Obscure, and Unknown Greek Gods and Goddesses”