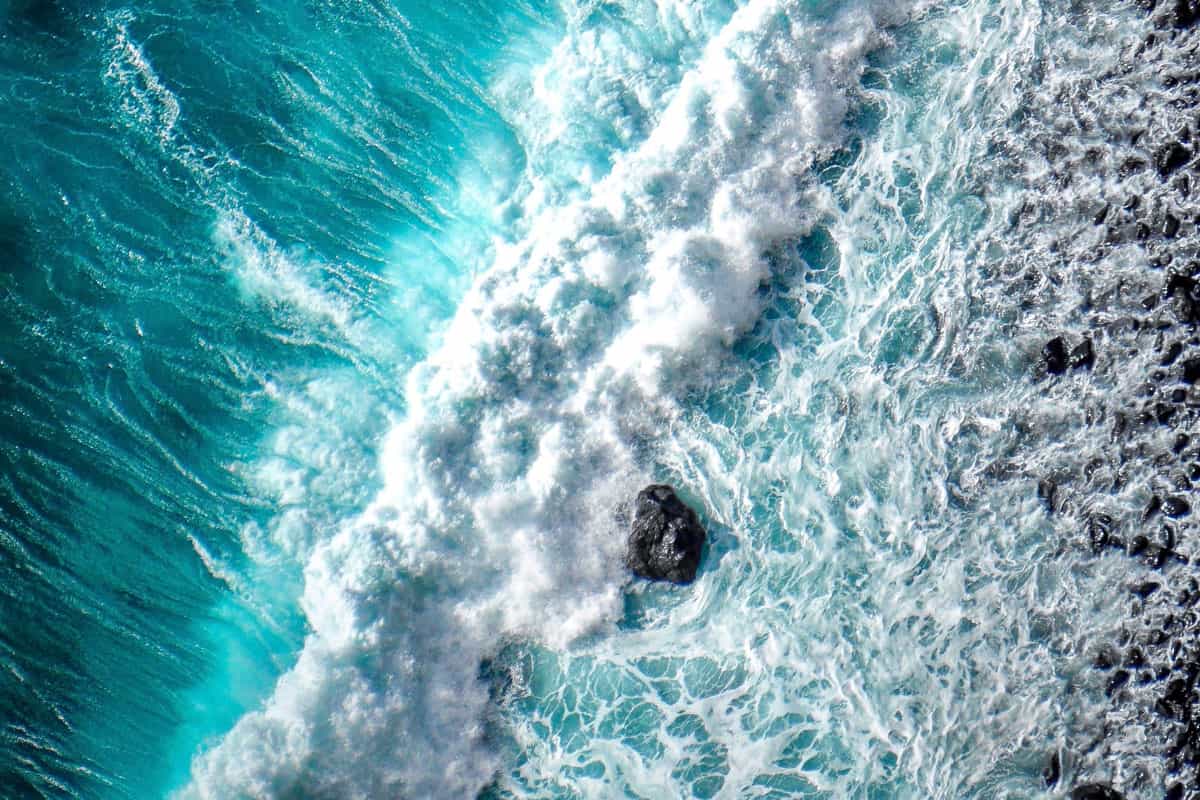 In Greek mythology there are quite a few interesting gods of the seas and oceans. You have probably heard of the Olympian god Poseidon, but have you heard of Oceanus? Some people get the two confused.

So, what is the difference between Poseidon and Oceanus?

Poseidon is an Olympian god and together with his sibling he overthrew the Titan gods and ended the reign of their father Cronus. He was the god of the seas along with earthquakes, floods, drought and horses. He had an extensive family including other gods, giants, mythical animals and heroes. Oceanus on the other hand was a Titan god along with his 11 other Titan siblings. His brothers were overthrown in the great Titan battle but Oceanus retained his position as he didn’t take sides. He was the god of the great river encircling the earth which was the source of all fresh water. He also had many children. 3000 Potomai and 3000 Oceanids.

But, lets not stop there. Let’s take a deep dive into the difference between Poseidon and Oceanus.

What is the Difference Between Poseidon and Oceanus?

Poseidon is the son of Cronus and Rhea. Cronus and Rhea were both Elder Titan gods and Oceanus was their brother. Cronus and Rhea had 5 other children, Zeus, Hestia, Hera, Hades, and Demeter. When Poseidon was born he was eaten by his father Cronus because he was paranoid one of his children would overthrow him. He was rescued from his father’s stomach by his brother Zeus and together they fought the Titans in a great battle called the Titanomachy and overthrew Cronus.

Poseidon married Amphitrite who was the daughter of Nereus, another old sea god. Together they had 3 children called Triton, Rhode, and Benthescyme. Triton was the most important of the three and he would often accompany his father on his adventures as he was known to be a calming force for the seas of the world. Poseidon also had numerous affairs with other gods and mortals including with Demeter, Gaia and Medusa. His long list of children rivals even that of his brother Zeus. Among many others, he sired the god of the winds Aeolus, a few different giants including Orion and Polyphemus, some animals including the winged horse Pegasus and even a few heroes like Bellerophon and Theseus.

Oceanus is the son of Uranus and Gaia, these two were some of the first primordial gods, and represented the sky and the earth. Gaia and Uranus had 12 children, 6 male Titan gods and 6 female Titan gods. Oceanus was the brother the Titan Cronus who would become the king of the Titans during the age of the Titans. Oceanus was married to his sister Tethys and together they had many children. These were the 3000 Oceanids and the 3000 Potomai. The Potomai represented the major rivers of the world, while the Oceanids represented the minor rivers and streams.

Poseidon was the god of the sea and oceans but also controlled many other realms including earthquakes, floods, drought and horses. He created many of the worlds sea creatures including the octopus and the blowfish. But he is most famous for creating animals as gifts for his many lovers. He created the dolphin for his wife Amphitrite and after many attempts produced the horse for Demeter. He had many earth destroying powers and could cause great storms at sea and disruptive floods on land. He dressed in a green robe and would ride about the ocean on a chariot pulled by dolphins. He had a somewhat temperamental personality and loved to torment sailors. He was also very vengeful and vindictive and caused much suffering for both gods, demigods and mortals.

Oceanus was the embodiment of the sea and oceans, and personified a vast river that encircles the earth. As the great river which encircles the world, he was believed to be the source of all fresh water on earth. One of his sons was Neilos, the god of the great river of Egypt and then there was his daughter Styx, a sacred river which was said to pass through the underworld. Oceanus also had the task of controlling all the heavenly bodies that rose and set in his waters, for example the sun or the moon. After the battle between the Titans and the Olympians his roles and powers were much reduced by Zeus.

Who is stronger Poseidon or Oceanus?

This is a particularly tricky question to answer. The two gods never actually squared off. In the war between the Titans and the Olympian gods, Oceanus did not take part so we don’t have much by which to assess his relative strength to Poseidon. The titans were said to be larger than the Olympian gods, however Poseidon is said to be giant relative to the other Olympians.

That being said, the Olympians did fight the Titans and they did eventually beat them. Granted the Olympians had the help of the giants. Nevertheless, I would say that given Poseidon had to manage and control the entirety of the Oceans and Seas, while Oceanus just had to control the encircling river and all the fresh water. I’d therefore say that Poseidon would likely be the stronger of the two.

So I hope that went some way to furthering your understanding of the difference between Poseidon and Oceanus. Greek mythology has a lot of interesting water gods and goddesses. In fact we wrote a fantastic article on exactly that. Thanks for taking the time to read this match up.

See you at some point in the future!