Skip to content
Home » Poseidon vs Hades: What is the Difference? 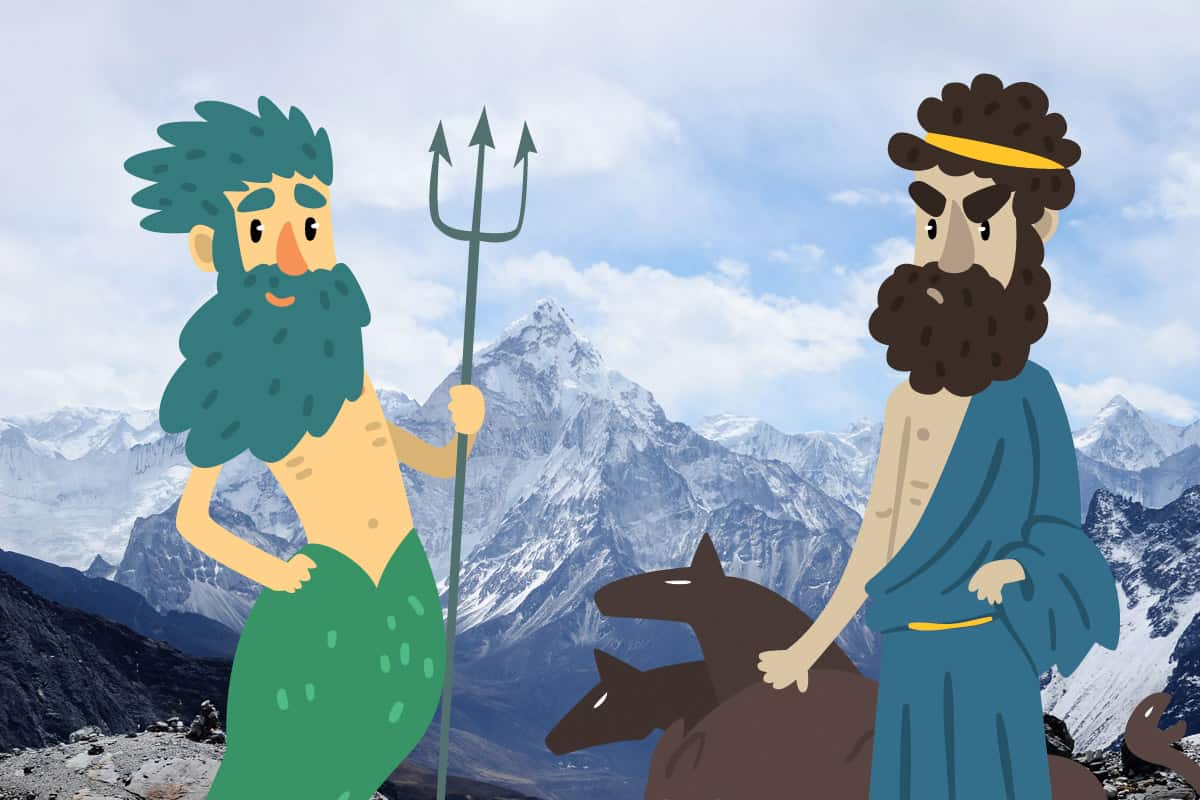 One rules the Underworld, one rules the sea. The two elder brothers of Zeus took their lots to rule and rule them well they did.

The stories and myths of Poseidon are numerous as are the ancient and contemporary groups that worshiped him. Hades on the other hand was not so well adored. There are few stories that feature him and even fewer ancient groups of worship. Currently, there are no known groups that worship Hades today. Nonetheless, both brothers provide all the grandeur and theatrics one might come to expect from Ancient Greek mythology.

From their origins, histories of worship, weapons, and family dynamics, let’s get into the general mayhem of these two brothers.

What is the Difference Between Poseidon and Hades?

Poseidon and Hades were born to Rhea and Cronus. These two sons of the Titans missed out on anything akin to a childhood or education as Cronus had swallowed them whole upon their birth. He did this to prevent a prophecy that had stated that he would be overthrown by his own children. It is a wonder why anyone, especially a titan or god, would think they could prevent a prophecy. Don’t they know it doesn’t work that way?

Anyway, Cronus also swallowed their sisters. Rhea finally became fed up with this and began to act against Zeus. With Gaia’s help, she gave birth to Zeus secretly and left him to be raised elsewhere. She gave Cronus a bundle full of stone to swallow instead.

Eventually, when Zeus was old enough, he forced Cronus to return his siblings. Together, they fulfilled the prophecy and overthrew the titans.

Contrary to popular belief, the Hellenic faith isn’t entirely dead. Hellenism is the polytheistic religion of the Greek pantheon. Like with any faith, it has changed drastically in the last several thousand years in regards to its overall philosophy, theology, customs, and practices. These also changed between specific sects and even led to the development of Stoic philosophy.

Historically, many cults had been dedicated to the worship of Poseidon. He was the principal deity in Corinth and a metropolis called Magna Graecia which was located in modern-day Calabria, Apulia, Basilicata and Campania along the southern coast of Italy. Given that he was the god of the seas and water, sailors would frequently turn their prayers to him for safe passage. He may have been a favored god by Alexander the Great himself.

Conversely, Hades was not a popular god and few shrines were built in his honor. People would generally invoke him during funeral rites in hopes of gaining his mercy for the soul of the deceased. The Oracle of the Dead in Thesprotia, a region that borders Albania on the far east side of Greece, is the home of the only known center of worship for Hades. There are no known sects or worshippers of Hades today as he generally is not included with the twelve Olympians worshiped by modern Hellenism.

The brothers had been gifted their iconic weapons by the Cyclops. As the legend goes, Zeus had waded into the depths of Tarturas to free the Cyclops after hearing that they could help turn the war in their favor. In exchange for their freedom, the Cyclops sided with the Olympians in the war and made Zeus’s thunderbolt, Poseidon’s trident, and Hades’s bident.

There are many stories of Poseidon’s trident. These stories chiefly involve him seeking a new domain to rule over, defending his throne, or generally dishing out punishment however he saw fit. Using the trident, Poseidon could send waves of water or dry up an entire region of any water at all.

Conversely, there aren’t many stories about Hades using his bident. In general, there are not so many stories about Hades either. The most famous is the story of how he kidnapped Persephone and tricked her into eating the food of the Underworld. This action bound her to him and his realm. But generally speaking, his bident doesn’t make any grand appearances. This could be because he didn’t need it. He had Cerberus, his three-headed guard dog, to take care of things. It could also be because people were once so afraid of Hades that they rarely spoke of him or described him in great detail.

It would not be Greek mythology without a complicated family dynamic. Poseidon skipped over the incestuous habits of his brothers and parents, Hades married his niece, and neither of them really understood the concept of consent.

Poseidon married Amphitrite, one of the hundred Nereids who were a form of sea nymphs. Poseidon had selected her out of her sisters after watching them dance one night. She had rejected his proposal and fled. Like any Ancient Greek god, he couldn’t accept that. He sent a dolphin to bring her back so he could make her his wife. The dolphin was rewarded by being made a constellation. While he was married to Amphitrite, Poseidon did act much like Zeus in regards to marital affairs. That is he acted with as much abandon as a bachelor and general disdain for any conventions that might be held upon a husband.

Hades married the daughter of Zeus and Demeter. He had seen her picking flowers one day and, overcome by desire, kidnapped her. Naturally, this created incredible strife and grief in her mother who also controlled the harvest. Such was her pain over losing her daughter that Demeter began to starve the earth and would not support the harvest.

Hearing of his, Zeus intervened and ordered Hades to release Persephone. Hades obeyed but not before tricking her into eating a pomegranate seed which bound her to him and his realm. Eventually, an agreement was made between Hades, Zeus, and Demeter that Persephone would spend three months a year in the Underworld and the rest with her mother. During those three months, we have winter. All of this went down without anyone asking Persephone what she wanted.