Skip to content
Home » Greek Gods vs Norse Gods: What is the Difference? 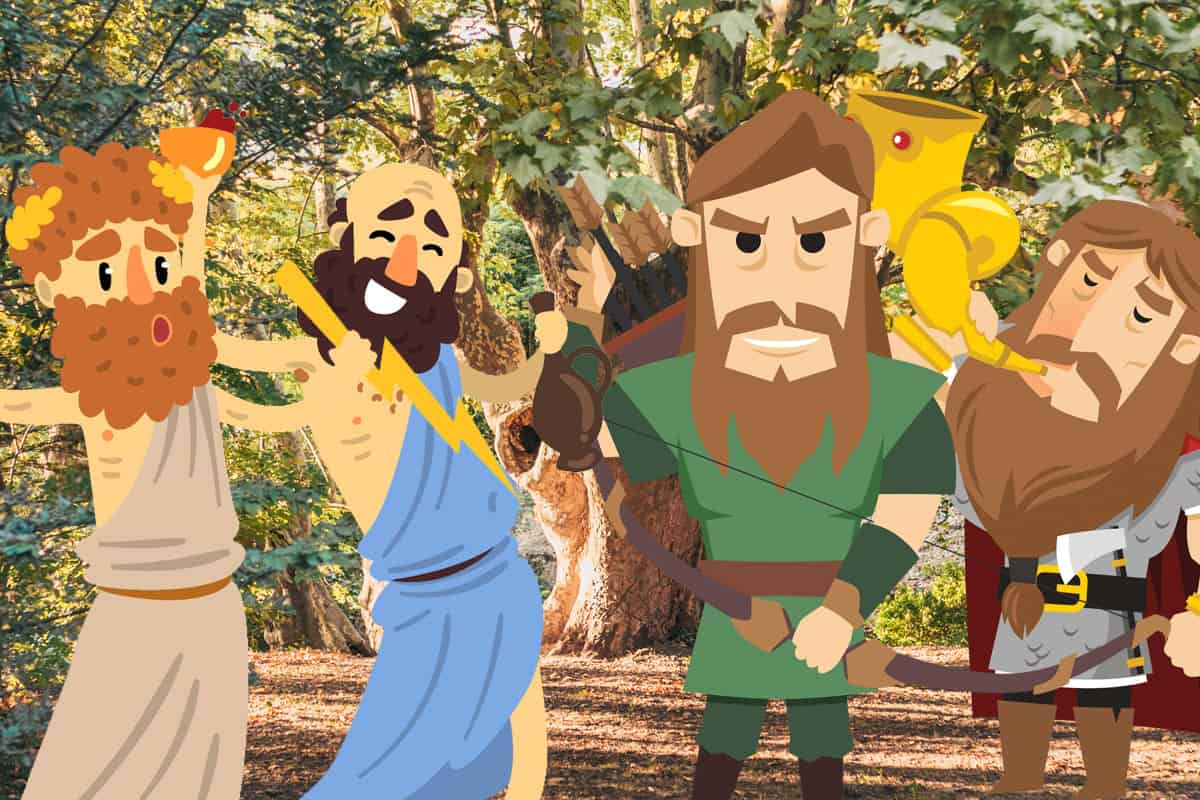 Norse and Greek mythology are the most influential mythologies today, from the references in modern media (Percy Jackson, the MCU) to the linguistics they left in English (chrono-, Wednesday, etc.).

However, the two mythologies, while sometimes similar, are vastly different. The Olympians have a rich and intensely documented history leading to their rule, compared to what little there is written about the rise of the Aesir. Similarly, the Olympians will seemingly have no end to their rule, while Ragnarok is fated to bring an end to the world and the gods as we know them. This is coupled with differences in pantheons, gods and their respective realms, location, and rulers.

Continue reading for a greater understanding of the similarities and numerous differences we found between the Norse and Greek pantheons.

What’s the Difference Between the Greek Gods and the Norse Gods, Really?

The Greek pantheon came into power after the first six Olympian gods – Hestia, Hades, Demeter, Poseidon, Hera, and Zeus – overthrew their father, the Titan Chronos, and the other Titans ruling on Mount Olympus. Zeus and his siblings banished the Titans to Tarturus and divided up the realms of Earth. Zeus took the sky and land, Poseidon took the seas, and Hades took the underworld. The three sisters took their own roles as well, with Hestia becoming goddess of the hearth and home, Demeter becoming goddess of the harvest, and Hera becoming goddess of marriage and queen of the gods after marrying Zeus. The six are later joined by six of Zeus’ children: Apollo (god of the sun), Artemis (goddess of the moon), Athena (goddess of wisdom), Hephaestus (god of the forge), Ares (god of war), Hermes (god of messages), and Dionysus (god of wine), as well as the love goddess Aphrodite. Hestia stepped down as an Olympian when Dionysus came to Olympus, and Hades wasn’t considered an official Olympian after becoming the god of the dead. With these changes, we have our main twelve Olympian gods.

The Norse pantheon, however, came to power after the first Aesir, Buri, and his giant wife, Bertla, had three sons: Odin, Vili, and Ve. Buri’s sons killed the first giant, Ymir, and used his body to form different parts of the universe. Not much is known about what happened after this. Vili and Ve faded from the mythos, and Odin at some point became the leader of the Aesir, one of the two groups of gods in Norse mythology. The Aesir, living on Asgard, often fought with the Vanir, the other group of gods that lived on Vanaheim. A war between the two groups of gods occurred, ending with an agreement that the Aesir would send their gods Hoenir and Mimir to live with the Vanir, and Vanir would send their gods Njord, Freyr, and Freya to live with the Aesir. The three Vanir sent to Asgard eventually became an essential part of the Aesir.

Below is a table showing the main pantheons for both Greek and Norse mythology, as well as the individual gods’ realms.

Who ruled the gods?

The king of the Olympians was Zeus, god of the skies and thunder. He married his sister Hera, who became the goddess of marriage and motherhood. Zeus was known primarily for his numerous affairs, which resulted in many gods and demigods, some of which later became Olympians.

The king of the Aesir was Odin, god of wisdom, magic, war, poetry, and death. He married Frigg, goddess of marriage, love, wisdom, and prophecy. Odin was known as the All-Father, also being the father of many of the Aesir, and primarily characterized as someone who would do anything for the sake of knowledge, as well as a fierce war god.

Both Zeus and Odin came into power after dispatching their respective worlds’ previous leaders – Zeus aiding in overthrowing the Titans, and Odin killing the giant Ymir with the help of his brothers.

Where Do the Gods live?

The world that the Olympians live in is very much our own. They reside at the top of Mount Olympus in Greece, with Hephaestus having forges in volcanoes such as Mount Etna, Apollo being tied to Delphi, Athena being the patron of Athens, and so on. The world also consists of the underworld, where Hades rules, which is divided into Tartarus (where the Titans and monsters are sent), Elysium (where heroes are sent), the Fields of Mourning (where those whose deaths were related to love were sent), and Asphodel (where those who weren’t extraordinarily good or bad were sent).

What Do they Say About the End of the world?

Greek mythology doesn’t have an apocalypse.

Norse mythology, however, has Ragnarok. The Poetic Edda described Ragnarok in great detail as a prophecy foretold to Odin, with a series of events that leads to the death of the gods and the entire universe itself.