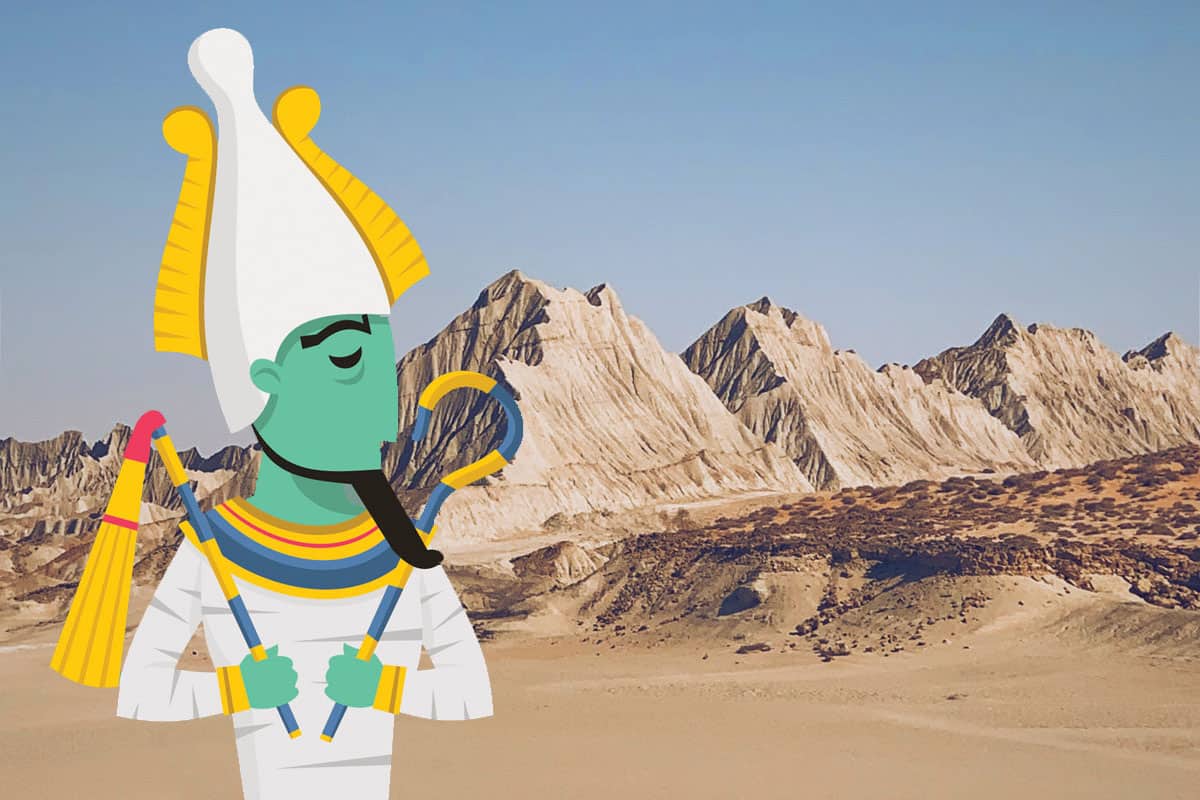 Osiris is an ancient Egyptian god associated with death, resurrection, the afterlife, fertility, agriculture, and vegetation. His connections with death and the afterlife may lead some to wonder, is Osiris good or evil?

Osiris is not evil. Although he may be perceived as evil, due to his associations with death and the afterlife, he was also known for his wisdom and morale. His connotation as an evil god may have arisen from the story of his death and resurrection.

This article will discuss why Osiris is not evil, why he may be considered evil, and his origin story.

Why Osiris Is Not Evil

Osiris is widely respected by the Egyptian people due to his great wisdom and power. While modern sensibilities frequently consider gods of death to be sinister and malevolent, Osiris was seen as a god of rebirth and fertility.

Furthermore, there are currently no accounts to support that Osiris was inherently evil.

Osiris Was Viewed as a Teacher

Osiris is perceived as a teacher of humanity. He was considered responsible for teaching the Egyptian people art, laws, morality, religion, and agricultural practices.

Early depictions of Osiris show him adorned with an Atef Crown. The features of this crown represented truth and justice, thus symbolizing Osiris’ role as a fair and honest leader.

He Was Said To Be Responsible for Healthy Harvests

In her book, Religion and Magic in Ancient Egypt, egyptologist Ann Rosalie David maintains that Osiris “personified the annual rebirth of the trees and plants after the [Nile] inundation.”

Osiris is associated with the miracle of the Nile, the yearly flooding of the river that leaves behind rich soil and enables bountiful harvests.

Supporting this claim, the coffin of a high priestess of Amun is engraved with the following text:

“Hail, you are the maker of grain, he who gives life to the gods with the water of his limbs, and bread to every land with the water that takes form under him.”

These accounts further demonstrate the positive influence Osiris had on ancient Egypt and the Egyptian people.

Why Osiris May Be Considered Evil

Osiris has many positive associations, such as fertility, agriculture, and vegetation.

While Osiris was inherently good, some may consider him evil because he is seen as the god of death and the afterlife. For many, such associations carry negative connotations and are similar to the devil in Christianity.

These depictions of Osiris as evil are likely influenced by his role in the yearly harvests and his origin story.

Osiris’ Role in the Flooding of the Nile

Since Osiris was associated with agriculture and vegetation, he was praised for the flooding of the Nile, which regularly brought about rich soil and bountiful harvests. However, when the river dried or failed to produce a fruitful harvest, he was also blamed for the death of crops. This led many to believe that he might be evil.

The Myth of Osiris

The myth of Osiris is one of power, kinship, betrayal, and death. It’s considered to be the most detailed and influential story in ancient Egyptian mythology.

The sky god Geb and Nut, the earth goddess, had four children: Osiris, Isis, Seth, and Nepthys. Osiris was the oldest and so became king of Egypt. Osiris married his sister Isis and they ruled together over the gods of earth and the underworld.

It’s said that Osiris’ brother, Seth, became jealous of his power and murdered him. Seth cut Osiris’ body into pieces and scattered them across Egypt.

Isis and other goddesses worked to recover and restore Osiris’ body. When they did, Osiris resurrected temporarily and left Isis with a son, Horus. Horus then became the heir to the throne and would avenge Osiris’ death. Osiris goes on to another realm to rule as the god of death and the afterlife.

Osiris is one of the most influential figures in ancient Egyptian mythology. Several accounts support that Osiris was fair, honest, wise, and inherently good. He’s credited with being a leader, teacher, and positive influence.