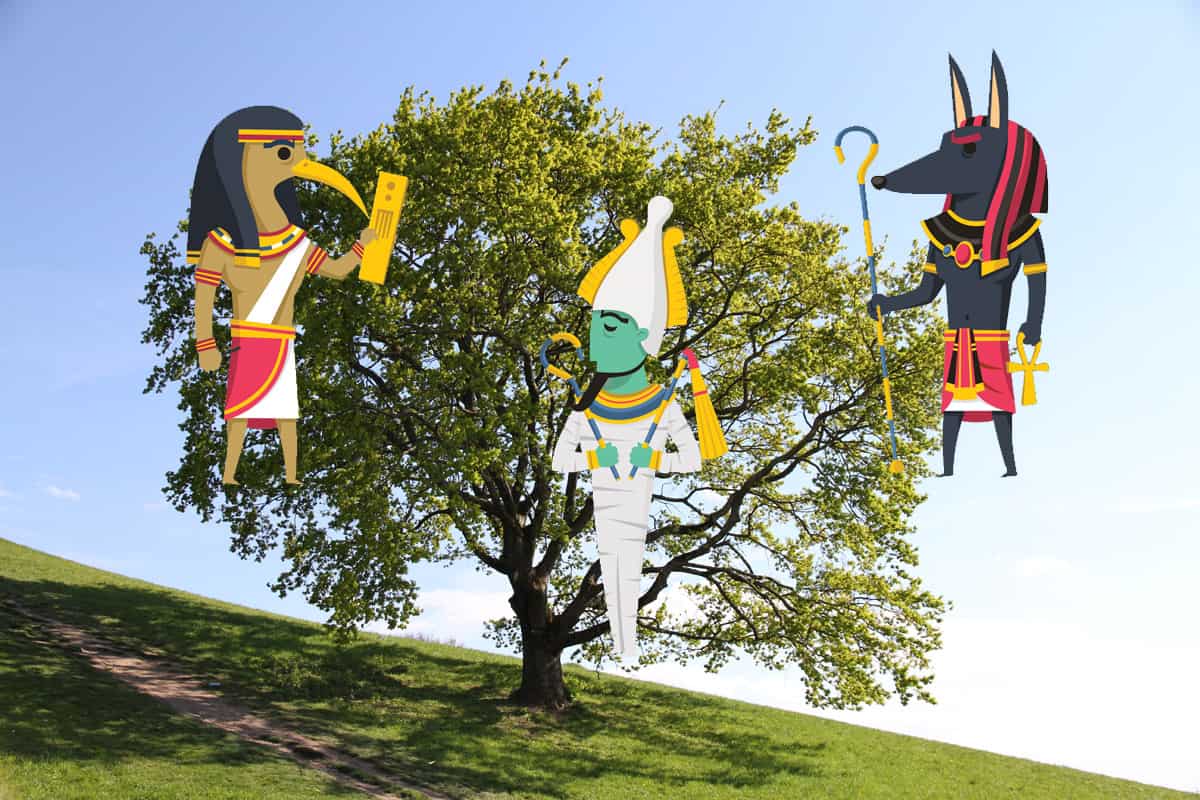 Welcome to Ancient Egypt where the gods are fierce, there’s quite a bit of incest, and sometimes the deities just show up or self-manifest simply because they please.

Anyone who has spent even a moment doing some curiosity-induced internet searching about the gods of Ancient Egypt has likely been confused as to how they all relate to each other, who has the head of which animal, who sent a plague, and what their role even was in Ancient Greece.

That is exactly where this family-tree looking thing comes in and hopefully, a little explanation will satisfy some early-stage curiosity.

Starting with Nun, who might actually be a place more than a personified deity, and through a couple of different branches of this convoluted family tree, we’ll try to make some sense of things.

Who Are the Most Important Gods in the Egyptian Mythology Family Tree?

The name or word ‘nun’ means primeval waters. Now, while whether Nun is a personified deity or a place is up for some debate, it is from Nun that creation occurred. Nun was believed to be dark and turbulent. If depicted as a place, it would have been a dark expanse full of stormy waters.

Nun did not have any temples or cult of worshippers. His role seems to primarily exist to depict the Chaos from which the Ancient Egyptians believed creation stemmed. Often called the ‘father of gods’, it is believed that from Nun came Ra, Amun, and Atum – three of the eight primordial deities. Ra was the father of creation, Amun was worshiped as the king of the deities beginning in the middle ages, and Atum was another creator deity.

Of the three ‘children’ or Nun, Ra likely has the most known name, even today. Ra was the sun deity, the king of all other deities, and the father of creation. According to one myth, humans were created by the sweat and tears of Ra.

He is just one of many Ancient Egyptian deities that are part humanoid and part animalistic. Ra is often depicted as having the head of a falcon and the body of a man. Ra and Amun were worshiped as separate deities of creation in the Old Kingdom but during the New Kingdom’s era, Amun became more popular. The two deities were merged and became Amun-Ra. In this state, they came to not only be creation gods but also symbolic of the raw and powerful force of the sun.

The primary center of worship for Ra in Ancient Egypt lives in what is now Cairo. This started during the second dynasty, reaching a frenzied peak during the fifth dynasty, and continued into the New Kingdom where glorious temples were erected in his honor and pyramids decorated with his story. Worship to Ra remained until the rise of the Holy Roman Empire invaded Egypt and enforced Christianity.

Imhotep literally translates into ‘the one who comes in peace.’ He may have actually been a real person who was eventually deified by the Ancient Egyptians and is attributed to being the architect of Djoser’s step pyramid. This also makes him a very important being on this list.

While it is fairly common for followers of a faith to believe or claim to be a descendant of a deity, for a person to be deified later is particularly unique especially in pre-Christian cultures and faiths. In fact, as far as pre-Christian faiths go, the Ancient Egyptians may be the only documented group to deify individuals.

Imhotep takes that a step farther by being one of a handful of non-royals to achieve deification. In addition to being an architect, Imhotep was also a skilled physician and priest. In time, Ancient Egyptians came to worship him as a god of medicine and wisdom.

The Ennead were the twelve primary deities worshiped in Heliopolis – one of the largest cities of Ancient Egypt.

While there were many enneads created through the dynasties and different regional groups worshiped different deities, none had so much influence as the so-called Great Ennead in Heliopolis. Worship to these nine deities began in the Old Kingdom and ran strong until sometime around the Ptolemaic period.

The Great Ennead was specifically built off the family line of Atum.

Clearly, incest and interfamilial relationships was a common practice amongst the Ancient Egyptian gods. Anubis is the son of Osiris and Nephthys who are siblings but had married their other siblings. He is the god of funerary rites and is believed to accompany pharaohs in the afterworld.

Another half-human, half-animal deity, Anubis has the body of a man but the head of a wolf. Anubis would serve his father in the afterworld. Osiris would pass judgment to the dead as they entered the afterworld but it was Anubis who would take their hearts and place them on the scales to be weighed against a feather. Only if their hearts were lighter than the feather were they permitted to enter the realm of the dead.

Beyond this and the general reasons people worshiped him, there are not many stories about Anubis. He’s mostly a side character in the saga that is Ancient Egyptian mythology. 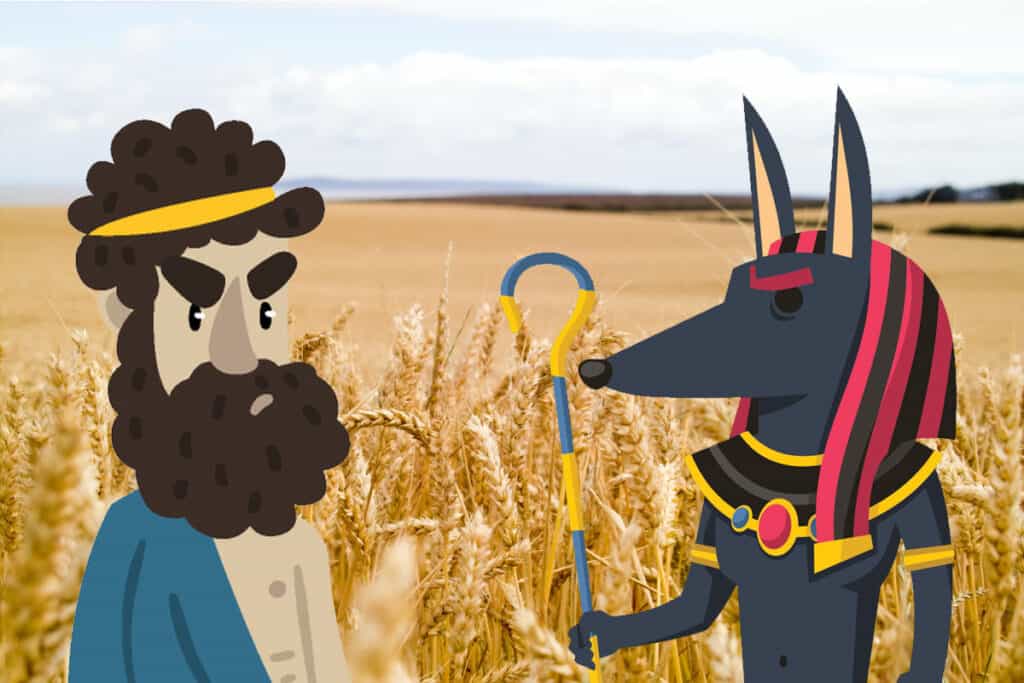 Hades and Anubis: What is the Difference?

Both Hades and Anubis were guardians of the Underworld in their respective myths. One was … 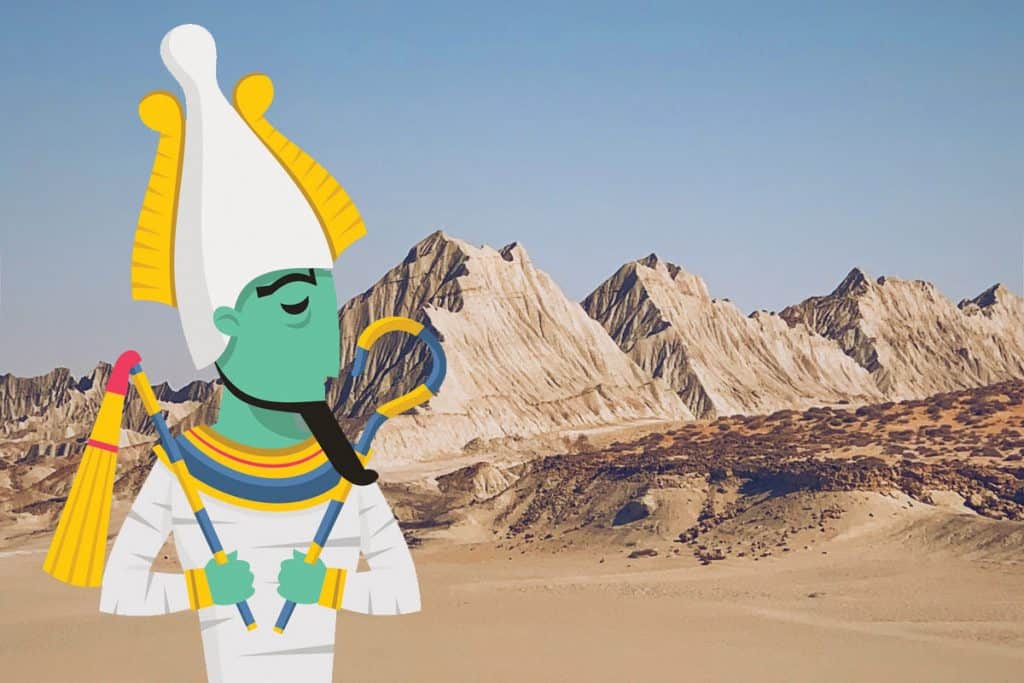 Osiris is an ancient Egyptian god associated with death, resurrection, the afterlife, fertility, agriculture, and …