Skip to content
Home » Ra and Anubis: What is the Difference? 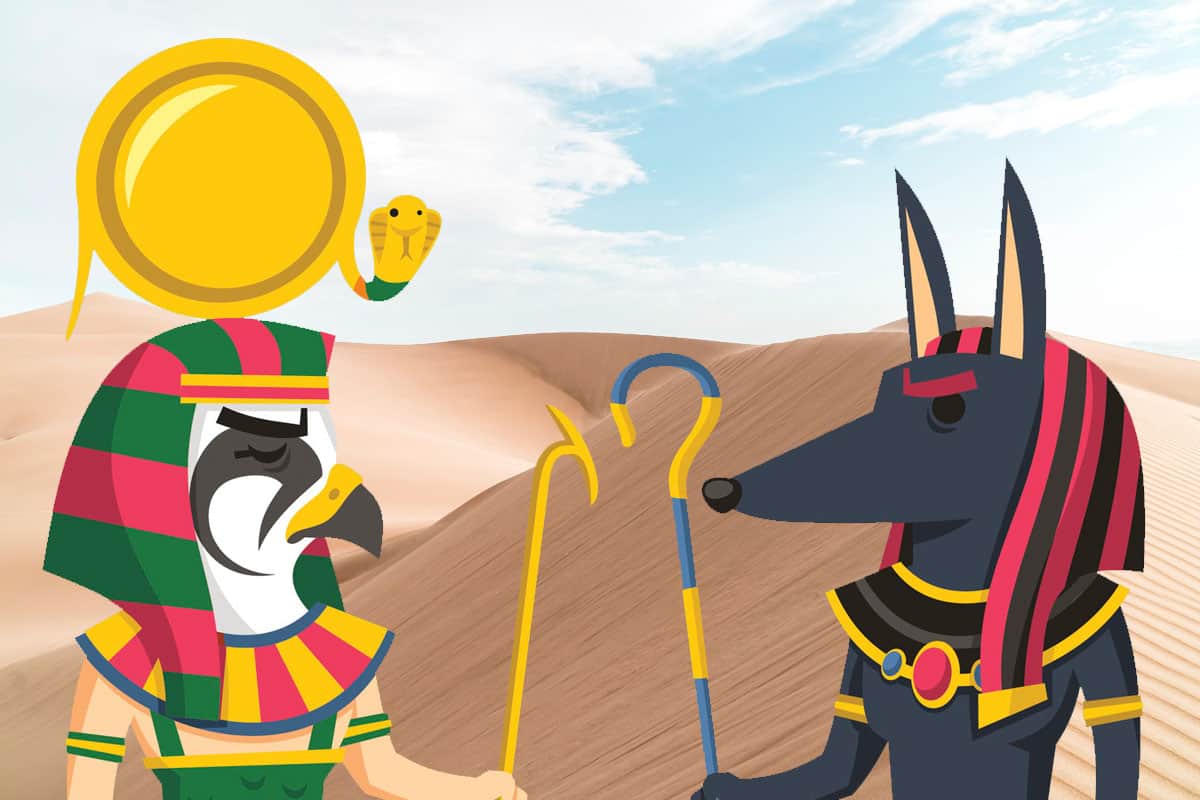 Ra and Anubis were two of the most famous deities in Ancient Egyptian myth. The former was a sun god while the latter was a guardian of the Duat, the Egyptian afterlife.

Ra’s many aspects are very different from Anubis, who is generally the same throughout mythology. Anubis had a fairly steady line of mythology and was always himself, while Ra’s most famous mythology focused around his combinations and conflations with other gods through the ages. However, both gods were a very important part of the life cycle of humanity, one giving life and the other protecting in death. As well, both were related to but mostly outside of the day-to-day godly drama of other gods such as Osiris and Set. Both Anubis and Ra focused on their duty above all else.

What’s the difference between Hades and Anubis?

In most versions of his mythology, Ra had no parents, as he was the same being as Atum, the first being who arose from primordial waters. Some versions mention Neith and Khnum as his parents, making Apep, Sobek, and Serket his siblings, and Tutu, Heka, and Anuket his half-siblings.

Ra sired Shu and Tefnut as Atum, which also makes him the great-great-grandfather of Anubis. He also fathered Satet, Bastet, Hathor, and Ma’at. He possibly had several other children as well.

Some of his most famous lovers were Hathor, Satet, Bastet, and Sekhmet.

Osiris and Nephthys were Anubis’s parents. His aunt was Isis, and Set was his uncle. Both his parents and his aunt and uncle were siblings, born from Geb and Nut. Anubis’s great-grandparents were Shu and Tefnut, and his great-great-grandparent was Atum, the first being.
Anubis also had a Wepwawet, and a half-brother Horus, through Osiris.

There are some versions in which Anubis was sired by Set or Ra.

Anubis was married to Anput, who was also his female equivalent. They had a daughter, Kebechet.

Ra had many names and was the King of the Gods. He was sometimes called Atum on earth, and Khepri was the sun god. He was also frequently combined with Horus. Ra is said to have created all life by using the secret names of things.

Ra had two solar vessels, the morning boat Mandjet and the evening boat Mesektet, which he used to travel through the sky, and the Duat. While he was in the Duat, he was sometimes combined with Osiris. Each night, Apophis, the serpent, would try to hinder Ra so that the sun wouldn’t rise in the morning. Ra defeated him every night in the Duat then continued his journey to the sunrise.

Ra was a compound deity of many gods. Sometimes they were both him and completely distinct from him. Some of his most notable forms were Ra-Atum, the creator of all life; Amun-Ra, an amalgamation of a sun god and a royal god to create a god-king; and Raet-Tawy, the feminine aspect who was often an entirely separate goddess. The most common of Ra’s depictions was that of a male human with the head of a falcon, a sun disk on top, and a coiled snake around the disk. Some of his other forms include a man with the head of a beetle, as Khepri, and a man with the head of a ram while in the Duat.

Ra had three daughters, Hathor, Bastet, and Sekhmet, that were also known as the eyes of Ra, who were instruments of his vengeance. They were also his consorts, but he favored Hathor the most. Hathor frequently danced naked for him, and Ra would feel depressed whenever he had to spend time away from her.

Bastet, who was also known as the Cat of Ra, was kind, but she could also be quite ferocious, and she even cut off Apophis’s head. In some myths, she appears as a lioness.

Sekhmet was the most brutal of the three. She was once dispatched by Ra to punish humanity, but he eventually had to stop her so that she wouldn’t kill them all.

Osiris, even though he was married to Isis, had an affair with Nephthys, which resulted in the birth of Anubis. Nephthys, who was married to Set (who’s the main villain of Egyptian mythology), feared for her baby’s life and decided to hide him in a marsh. Isis didn’t mind Osiris’s affair and rescued Anubis, raising him along with his mother.

Anubis was the patron god of mummification and also a guardian of tombs, a guide of the souls of the deceased, and that of an embalmer.
His portrayal is always that of a man with a doglike head who holds either a flail or a whip. He protected the dead both in their tomb as well as on their way to the afterlife. Even though Hathor sometimes accompanied souls to the Duat, Anubis was the one who was chosen more often to perform this task. He even embalmed and guarded Osiris after he was murdered by Set.

Anubis also sometimes took part in the ceremony of heart-weighing that took place in the Hall of Two Truths. When the ceremony proved someone worthy, he prepared them for their passing to the Duat.

Anubis was fond of order and would punish those who didn’t respect it or behaved in a less than righteous manner. He didn’t allow anyone to step out of line while on their way to the afterlife or in the Duat. While benevolent, he was strict and often had his messengers torment those who behaved unseemlily.

Ra and Anubis had very different roles in Ancient Egyptian mythology. While Ra was a king and supreme ruler of all gods, Anubis was a dutiful servant. While Anubis’s story was consistent, Ra’s stories focused on his conflations with other gods.

However, both of them endure due to their close links with humanity. Ra gave life to people – and Anubis was the one there to guide souls when it ended.