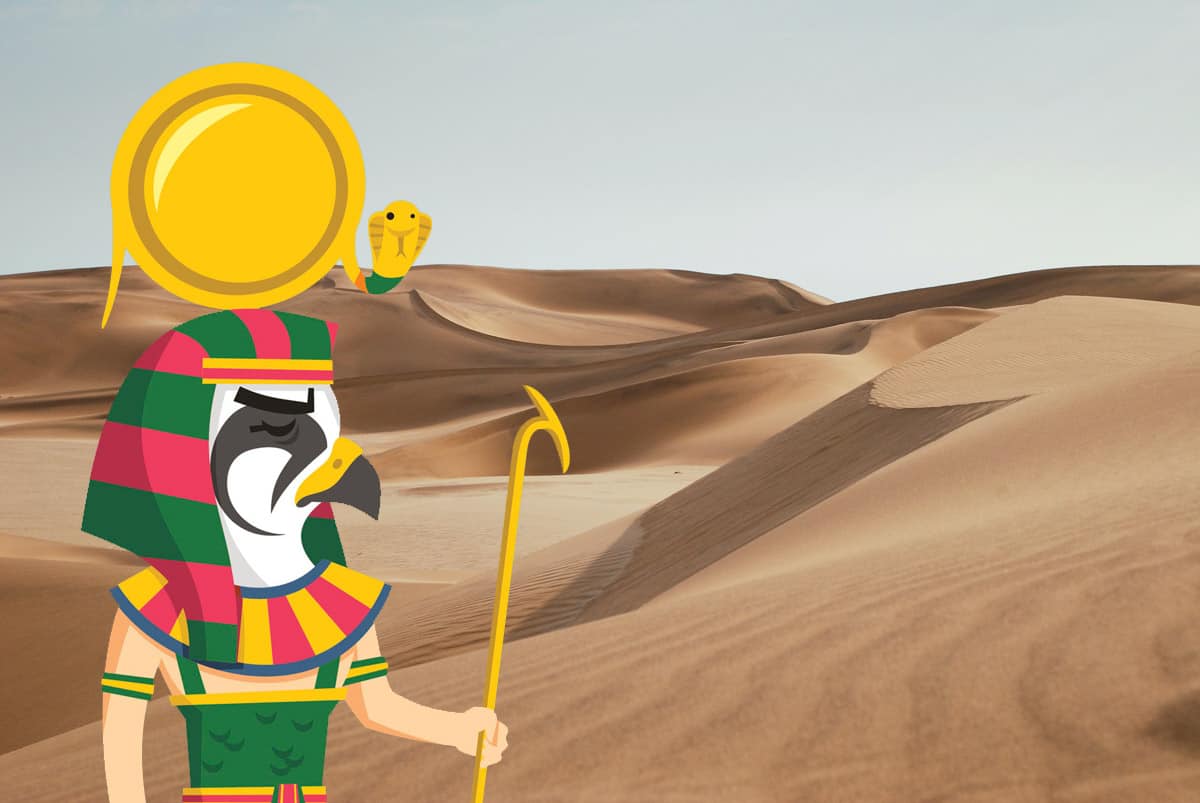 Perhaps the most famous of the Ancient Egyptian gods, Ra (or Re) was a later addition to the Egyptian pantheon who became one of the most important gods overall. He was the personification of the sun and the sky, and he created humanity from his sweat and tears.

Ra was king of the gods, and his falcon-headed appearance and royal status associated or sometimes equated him to the princely Horus. Often called upon in pop cultural references to Ancient Egypt, Ra’s stories are colorful and almost endless. Here are some interesting facts about this eternally fascinating god.

Some Mind Blowing Facts about the Egyptian God Ra

1. Ra ruled the sky, the earth, and the Underworld

By the time of the Fifth Dynasty of Egypt, he was the most powerful god in the entire pantheon.

2. He was associated with the sun at midday

The sun at other parts of the day were represented by different aspects of the god or other gods heavily entwined with him. Khepri was a scarab beetle who rolled the sun over the horizon each morning and across the sky. Khnum, a ram-headed god, represented the sunset.

3. Ra had three daughters who were often also his consorts

His daughters were Bastet (or Bast), the daughter of Isis, the cat headed goddess who protected people and enacted Ra’s vengeance. Sekhmet, the lioness, was an unrelentingly raging goddess who dealt with Ra’s enemies through such violence that he often had to stop her. Meanwhile, his favorite daughter Hathor, the cow goddess, often danced before him naked and when he wasn’t by her side, he was miserable.

4. Isis once bound Ra into telling him her true name

She sent a poisonous snake to bite him and refused to pass on the antidote until he revealed his secret name, giving her power over him. She then passed this name to her son, Horus, to boost his power.

5. There were five main combinations of Ra and another god

Most famous amongst these gods was Amun-Ra. Amun was one of the first gods and the creator of breath and the wind. The two were combined as a creator-god and solar deity, and they became a sacred king.

Atum-Ra or Ra-Atum was a combination of Ra and the very first being in the world. Both were creators and both heavily associated with the sun.

Ra-Horakhty was Ra and ‘Horus of the horizons’, who served such a similar role that they were often combined into the same god. This dual god represented the sun’s travel across the sky. He was a symbol of rebirth and, again, a king of gods.

Khepri and Khnum, as mentioned above, were different aspects of the sun in the sky.

6. Ra had a female aspect and equivalent

Raet or Raet-Tawy was Ra’s female version. She was sometimes his wife, sometimes his sister or daughter, or sometimes a combination of two or all three.

7. Ra traveled in a cycle in a solar barque accompanied by other gods as his escorts

For twelve hours he would travel across the sky and earth, and this was day. The other twelve hours would see him travel through the Underworld and bring night.

8. His greatest enemy was the serpent god Apophis or Apep

He was the god of chaos who tried to bring disorder into the world. During Ra’s travels, Apep would lie in wait just under the horizon and attack the god, who had to battle him every night. If Ra lost, the world would descend into chaos.

Apep was born after Ra, from his umbilical cord.

9. Though Ra usually was born from nothing, he was sometimes the son of Khnum and Neith

Khnum was a divine potter who created the bodies of children and placed them in their mother’s wombs. He guarded the source of the Nile, and he had the head of a ram. His consort Neith was the goddess of the cosmos and primordia. She was considered an equivalent to the Greek Athena.

10. When his parents were Khnum and Neith, Ra had several siblings

11. As well as his three main daughters, Ra had several other children

These included Shu and Tefnut (as Amun-Ra), Satet (who was often also his consort), Anhur (a god of war), and Ma’at (the personification of divine justice).

12. His major cult center was Heliopolis

This is a Greek name meaning sun city, originally known as Iunu or Iwnw in Ancient Egyptian. It was a major city defined by its great pillars. It was the cult center of Ra, Atum-Ra, Ra-Hokharty, Horus, the Mnevis bull, and the Hellenistic god Helios.

His fierce daughters went to earth to defend him and make vengeance, though Ra stopped them before the slaughter grew too great. Ra quelled the rebellion and punished humanity by separating himself from them. He rode on the back of the celestial cow, far from humans, and appointed Osiris the ruler of the earth.

14. The Mnevis Bull, known to the Egyptians as Mer-Wer or Nem-Wer, was a form of Amun-Ra

He was the sun in the form of a cow. He was also Ra’s ba, a part of his soul. His priesthood referred to him as the father of the Apis bull, the son of Hathor.

The physical manifestation of this, usually a real black bull, was given two concubines; cows representing Hathor and Iusaaset. When the bull died, he was embalmed and buried in a necropolis before another bull was anointed. The mother of the Mnevis bull, when she died, was buried in a separate burial ground. These cows were embodiments of Hesat.

15. Ra had other forms rather than the falcon

His most common form was falcon headed man with a solar disc surrounded by a coiled snake. His other forms included:

16. The month of Mesori was named for Ra-Horakhty

This lunar month ran from the modern 7th August to the 5th of September. It was the fourth month of harvest season. It was also the beginning of the year, much like the Hebrew Rosh Hashanah. It was also known as the birth of the sun or Masut Ra.

17. In the underworld, Duat, Ra and Osiris merged

Osiris was the god and king of the dead, while Ra was its ruler, so when his procession traveled through the underworld, the two became one.

18. Ra first was mentioned in sacred texts during the 2nd Dynasty

19. Humans were created by Ra’s tears

Ra traveled the world and saw that it was perfect. The sight brought tears to his eyes and from those tears came every human being.

20. Pharaohs were considered the sons of Ra (or Horus) and his embodiment.

Hathor was known as the supreme mother of all pharaohs.

This was to allow the sun in so that the god could fully appreciate his worship.

22. The Roman occupation of Egypt put an end to the worship of Ra

Though other gods combined with Roman and Greek gods and continued to be worshipped, Ra, as the supreme god, was squashed out. This was exacerbated by Christianization, where the One God could not tolerate a supreme idol, as this was the height of sacrilege.

23. The king Akhenatan, who ruled from roughly 1353–1336 BCE, abandoned polytheism for monotheistic worship of Aten-Ra, the disc of the sun and Ra together.

This monotheism was quickly abandoned afterward. Some argue that, rather than monotheism, it was monolatry. That means the acceptance of other gods, but only really worshipping one of them.

24. The Eye of Ra was a feminine aspect of the god, often associated with the goddesses who were his daughters

It represented the heat and anger of the sun as well as a protective shield. It was also heavily recorded whenever the sun god acted in a creative or procreative manner. It was Ra’s mother, sibling, daughter, and wife.

25. Ra was one of several solar deities in Egyptian myth but he ruled over them all. Most were also related to him!

Ra endures due to his sheer importance in Egyptian mythology, as well as his many aspects and combination with other gods. His kingliness exemplifies Ancient Egyptian cultural practices, and the more we learn about him and his exploits, the more we understand about this perennially interesting ancient culture. 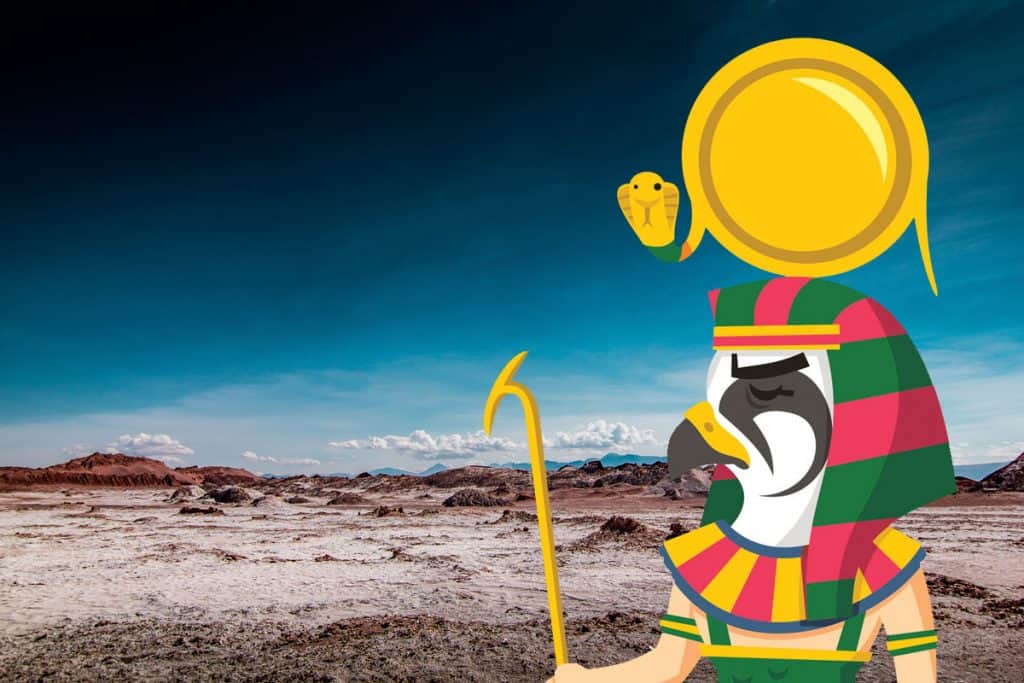 Why Did Ra Have a Falcon Head?

Many Egyptian deities are depicted with animal heads, one of which is Ra. This ‘unique’ … 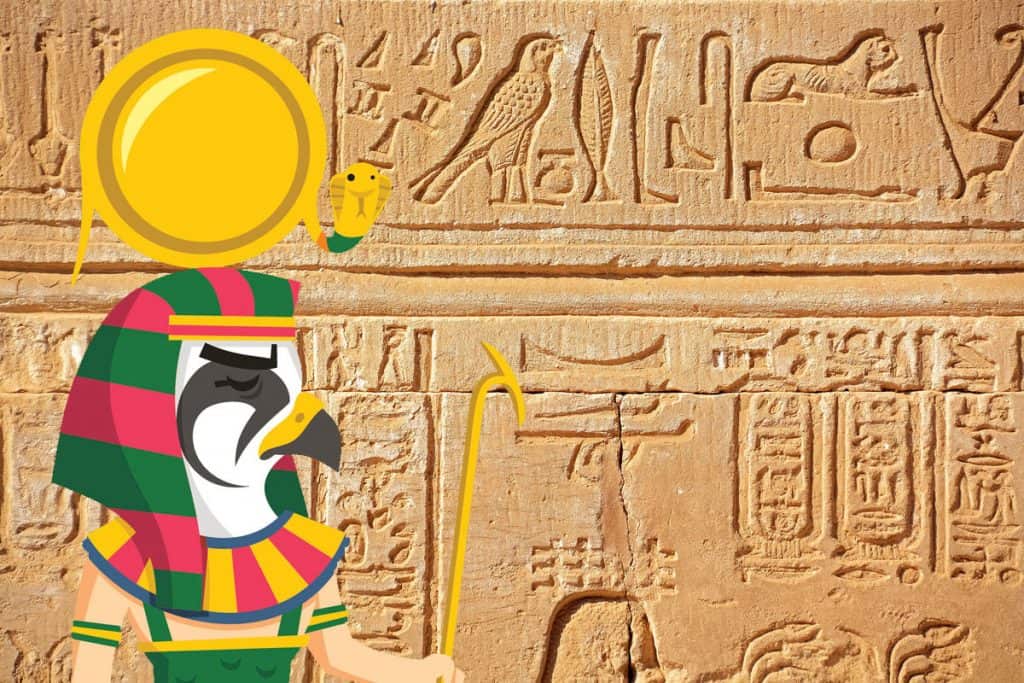 Why Did Ra Curse Nut?

People know a lot about ancient Greek and Roman mythology, and thanks to the Marvel …