Skip to content
Home » Why Did Osiris Have Green Skin? 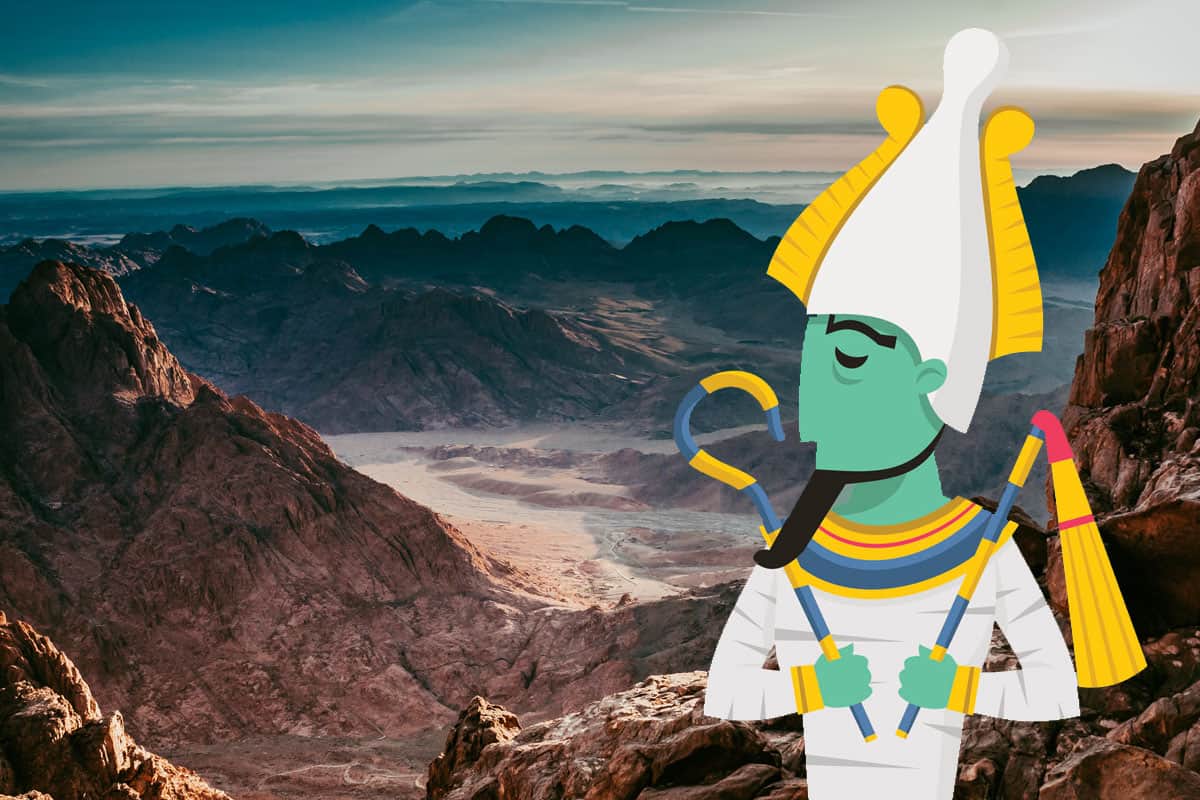 Osiris is best known as the Egyptian god of the underworld. So why was the ruler of the dead always portrayed with green skin?

Osiris had green skin because he was also the Egyptian god of agriculture and resurrection in addition to ruling the underworld. Osiris’ green skin was a direct reference to the kinds of phenomena he controlled.

This article will explain what color meant to the ancient Egyptians and how Osiris came to be identified with agriculture and resurrection.

Why Was Color Important to The Ancient Egyptians?

Color is significant in all cultures, but some value it or attribute more meaning to it than others. In ancient Egypt, color was much more significant than it is to a modern Westerner.

Color was important because it was an integral component of the Egyptian social and religious framework. It was a central part of all that Egyptians thought and talked about. The Egyptian hieroglyph for color also means “character,” and since green meant fertility, it made sense that Osiris was green.

So, when Egyptians portrayed Osiris as green, they directly expressed the aspects of life with which Osiris was associated.

What Colors Symbolized to The Egyptians

Egyptians in the Old Kingdom had access to a limited spectrum of color (black, white, red, green, yellow, and blue), and each came to be associated with specific concepts.

The following is a simplified list of what each color meant to the ancient Egyptians:

The Origins of Osiris and His Green Color

Osiris began as a local god in the city of Busiris and probably served as a personification of fertility. At some point in Osiris’ divine history, the red god Seth tore him into fourteen pieces and scattered him across Egypt.

Isis, Osiris’ consort, and her sister Nephthys eventually collected his body and buried it under the earth, which is how Osiris came to rule the underworld. In Egyptian religion, all life is granted from the underworld. Osiris’ burial and eventual claim to the throne of the underworld, then, is how he came to be associated with resurrection, fertility, and agriculture.

In fact, Osiris is said to have created the grains that Egyptians ate.

Multiple texts and temple inscriptions show that Osiris claims to have made any number of staple food sources, some with materials from his own body. One temple inscription shows that the artisan claims that Osiris, “made the corn from the liquid that is in him,” probably referring to the god’s blood.

Just like the plants that he created, Osiris was planted in the Earth and grew again when he was resurrected in the underworld. To the Egyptians, it was probably only natural to assume that a deity that came out of the Earth would be green, just like everything else the Earth produced.

Osiris was green because of the aspects of the world he controlled as the god of agriculture and resurrection. Green symbolized fertility to the Egyptians, so it made sense to them that a god who was buried and ‘grew again’ from the earth would also be green.

1 thought on “Why Did Osiris Have Green Skin?”