Skip to content
Home » Odysseus and Poseidon: What is the Difference? 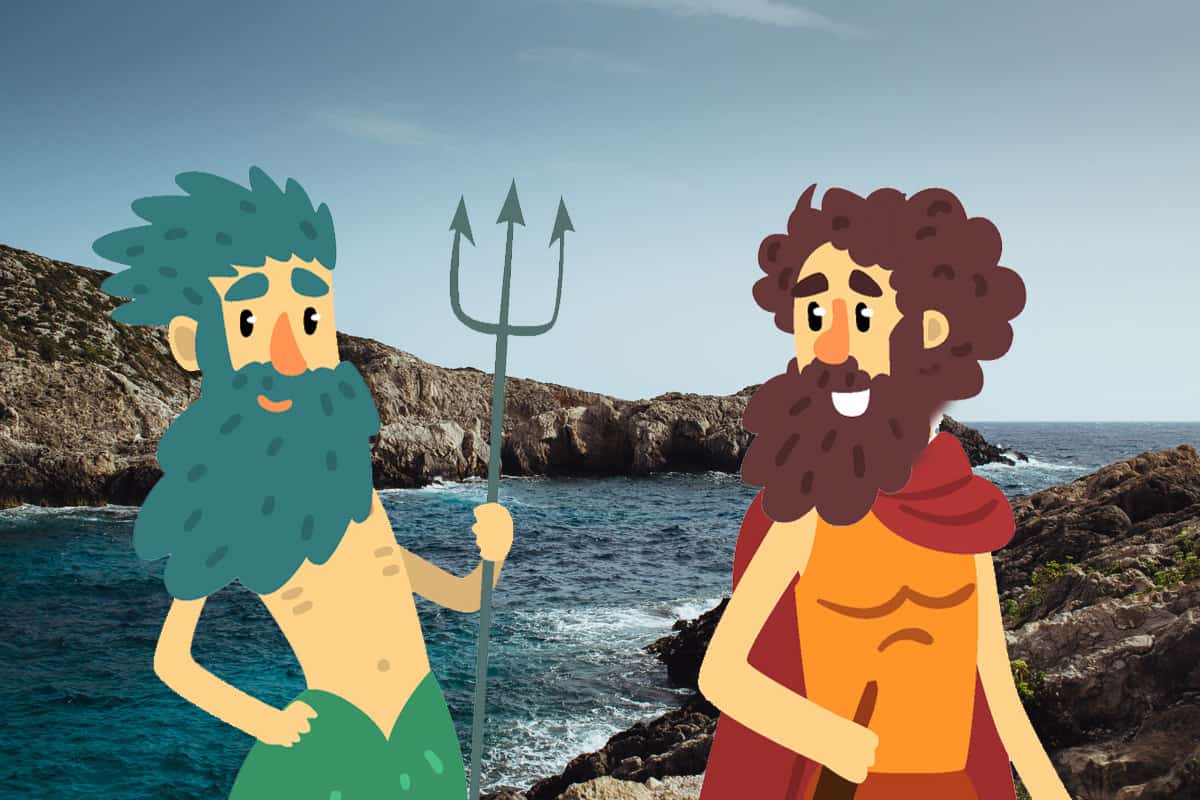 Odysseus journeyed the sea for twenty years and gave his name to the very idea of an odyssey, while Poseidon was ruler of the oceans and sea storms.

The two clashed, but how did this god and hero compare?

Poseidon and Odysseus both had wives whom they loved very much but also several affairs. They both loved the sea, and were both fierce warriors. Both were also loving fathers – though this was what eventually led to a bitter rivalry between the two of them.Their differences, though, were much greater than one being divine and the other mortal. Odysseus’s broad intelligence was what made him a hero of renown, while Poseidon focused more on force and impressive divine tricks. Odysseus’s affinity with Athena and her strategic wisdom made him a rival of Poseidon, who often competed with the goddess.

What’s the difference between Odysseus and Poseidon?

Odysseus was born to Anticlea and the Argonaut King Laertes. Some versions of the myths claim that Odysseus’s father was Sisyphus and not Laertes. Through his mother, he was great-grandson to the trickster Hermes. He also had a sister whose name was Ctimene.

He was married to Penelope, with whom he had two children, Telemachus and Poliporthes. He also sired children with others of his lovers, including Ardeas, Telegonus, Latinus, Casiphone, and Ausonus with Circe, the enchantress, and Nausithous and Nausinous with the nymph Calypso.

Some of his other children were Polypoetes with Callidice, Euryales with princess Evippe, and another son Leontophonus, with an unnamed Trojan mother.

Poseidon was the middle-born son of the Titans Cronus and Rhea. He was born between Hades and Zeus and was the fifth to be swallowed by his father. His siblings were Hestia, Demeter, Hera, Hades, Zeus, and the centaur Chiron.

He was wed to Amphitrite, granddaughter of Pontus. He loved her deeply but also had a plethora of male and female lovers, most notable of which are Aphrodite and Demeter, as well as Amphitrite’s brother, Nerites. He had many children, mortal and immortal.

He had three children with his wife, Benthesikyme, Triton, and Rhodos. Some versions, though, claim that Rhodos was Aphrodite’s daughter instead. Some of his most famous offspring are the cyclops that Odysseus blinded named Polyphemus, Orion, and Pegasus.

Odysseus tried to get himself out of joining the attack on Troy as he had received an augury that if he went off to war, he’d be away from his home for several years. He faked madness, but Palamedes tested him by threatening Odysseus’s son’s life. Palamedes claimed that if Odysseus was indeed insane, he would allow Telemachus to die. Odysseus couldn’t let his child die, so he inevitably had to join the attack.

During the Trojan war, Odysseus’s role was that of a foil to Achilles. Achilles was temperamental and emotional, while Odysseus was cunning and calm. This was one of the reasons why Odysseus gained the favor of the goddess Athena. She granted him powers that were very important to his journeys after the war and ensured his survival.

Odysseus wouldn’t return home for twenty years. The war lasted for ten. Then he spent the remaining ten trying to get back to Ithaca, a journey that was in a large part hurdled by Poseidon after Odysseus blinded his son, the cyclops Polyphemus. Odysseus and his companions had taken shelter into Polyphemus’s cave without knowing that the cyclops lived there. When the cyclops returned, he killed several of Odysseus’s friends. However, Odysseus engineered a plan to blind him so that he and the remaining of his crew could escape.

Odysseus was also captured by Circe, who turned several of his crew into swine. Odysseus escaped that fate with the help of his great-grandfather Hermes. Circe eventually fell in love with Odysseus, and he ended up staying on her island for a year.

When he finally managed to return to Ithaca, he had to come back to the palace in disguise, both to face the suitors and to test Penelope’s loyalty. He suggested and then won an archery contest, which in turn served as proof of who he was. The couple was finally reunited.

The majority of myths surrounding the sea god deal with his temperament, affairs, and rivalries. The beginning of his mythology starts with him being swallowed whole by his father and, following his rescue, waging war against the Titans alongside Zeus. Following the victory of the gods, Poseidon and his brothers drew lots to determine where each would rule, and his lot was the seas.

He was wed to the nereid Amphitrite, and it’s said that he fell in love with her the moment he saw her. Amphitrite was dancing with the other Nereids when Poseidon saw her and fell in love immediately. In some myths, she was flattered and returned his affections. In others, Amphitrite initially fled and only returned to Poseidon after he sent her a message through a dolphin, asking her to be his wife and queen. The dolphin was turned into a constellation as a reward.

His most notable rival was definitely the Goddess Athena after they both competed to become patrons of what is now Athens. Both gifted the humans to help them decide who they preferred, but the humans preferred Athena’s olive tree to the salt-water fountain that Poseidon had created. The sea god was highly dissatisfied and angered by that. In a remarkable show of pettiness, he tried to send down boulders to block the city’s entrances and exits. Apart from that, he also flooded the Attic Plain to show that the humans had chosen wrongly.

Still acting on his anger over his loss, Poseidon forced or seduced Medusa in Athena’s temple and impregnated her. Athena didn’t confront or punish Poseidon but opted for punishing Medusa instead, alongside her sisters Stheno and Euryale. She transformed all three of them into the Gorgons, horrifying monsters that had living snakes on their heads.

Perseus was sent to kill Medusa; when he beheaded her, Pegasus and Chrysaor, Poseidon’s children, sprung from her severed neck.

Between their affinity for the sea, their many children, and their intense rivalry over the death of Polyphemus, it is easy to see why Odysseus and Poseidon may be compared. They were quite different, though; while Poseidon solved problems with brute force, Odysseus was much more likely to use his wit. This was what granted him the favor of Athena, Poseidon’s niece who was also Poseidon’s most direct mythological rival.