Skip to content
Home » Zeus vs Poseidon: What is the Difference? 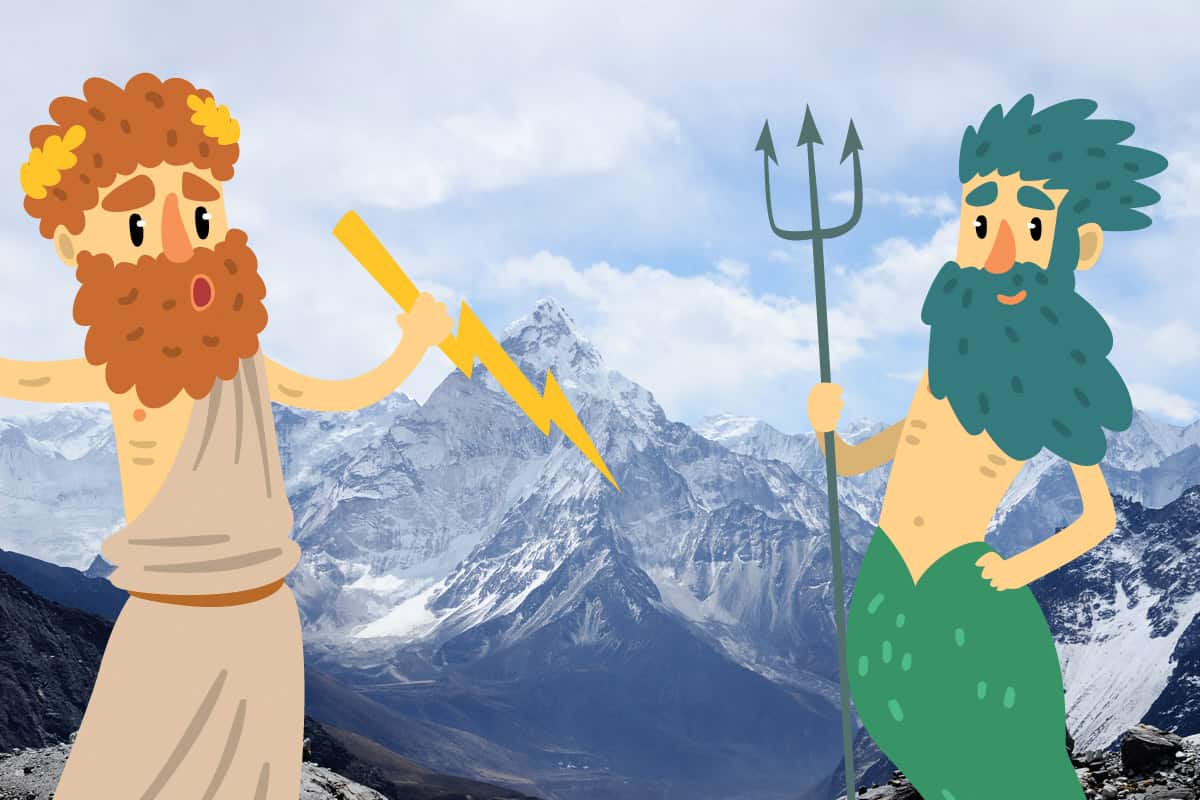 Religious groups have been created and died out in honor of these gods. Together, their stories make up a vast percentage of Greek myth and lore. What would Greek mythology be without the Zeus induced drama or Poseidon’s reign of the sea? Not much to be frank.

Their relationship is a rocky one at best. It would be difficult to be subordinate to one’s brother while also possessing a pull to rule and demonstrate strength, a hard and stubborn head, and a generally unforgiving nature. But that’s exactly the relationship they had. For all their similarities and shared stories, it is a wonder there wasn’t more drama between them. As leaders of their respective domains, they were depicted as supremely beautiful, wise, and incredibly fierce. Zeus’s stories may be more legendary and known today but Poseidon’s are no less worth telling.

So let’s get into it. What exactly makes these godly brothers so fascinating to Classists and armchair lore explorers alike?

What is the Difference Between Zeus and Poseidon?

In short, Zeus and Poseidon are brothers and two members of the twelve Olympians of the Greek pantheon. Born to Rhea and Cronus, Zeus and Poseidon worked together with their other siblings, other deities, the Giants, and others to overthrow Cronus and take the reigns of Olympus. This grand battle was called the Titanomachy and served to give the Olympians dominion not only of Olympus but of the universe in general.

Having Zeus as king complicated their relationship significantly as both brothers were fairly stubborn and headstrong. Both had numerous affairs and showed favor to their lovers and progeny. While Zeus’s affairs may be more legendary, Poseidon’s affairs are not less debaucherous. Both demanded respect and obedience and ruled more through fear than anything else. This typically led to quite a bit of clashing as Poseidon did have to defer to Zeus’s rule.

— Role within the Greek Pantheon

At the end of the war, the primary three brothers of Rhea and Cronus drew lots to see who would rule over what. As Gaia, their grandmother and the personification of the earth had sided with the Olympians and was generally not to be crossed, no one contested her rule over the earth. That left the sea, the underworld, and the skies to be taken. Zeus ended up taking primary leadership of Olympians along with his dominion of the heavens. Poseidon took rule of the sea and their brother Hades took rule of the Underworld.

Zeus would rule Olympus with an iron fist having little patience for injustice. Any crime committed would be met with severe and unmerciful punishment. Take the story of Prometheus as an example. Zeus had hidden fire from the mortals and Prometheus stole it back and returned it. As punishment, Zeus had Prometheus bound to a rock and sent an eagle to eat his ever-replenishing liver. This punishment was meant to last forever although Hercules did end up rescuing him.

The Ancient Greeks valued beauty. They used the word ‘Kalos’ which not only meant beauty but to be ‘good’ or ‘of fine quality.’ Their value of beauty included the belief that external, physical beauty was akin to having the favor of the gods. Naturally, this means their gods held only the highest ideals of beauty.

Both Zeus and Poseidon had a chiseled physique, minimal to no body fat, and athletic stature that matched the Ancient Greek beauty standard. In the many statues and paintings of Zeus, he is depicted naked, throwing a lightning bolt, with either a short and fit beard or a long flowing one. As for Poseidon, he is also often portrayed naked or with a cloth around his waist, with one firm and muscular arm holding out his trident.

Nothing screams Zeus as much as his iconic thunderbolt. He is the lord of the skies, thunder, and lightning after all. In one of the fragmented remains of Heraclitus’s writing, he wrote that the lightning bolt steered the course of all things. It was created and gifted for him by the three Cyclops brothers he rescued from Tartarus to gain an advantage in the war against the Titans.

He used his weapon in both battle and to pass out punishment for whatever crimes he saw fit. Particularly notable are the instances he used it to kill those whom he believed were a threat to his authority. Asclepius, the god of medicine, is one such example. Asclepius had the power to heal humans and even perform necromancy, raising them from the dead. Threatened by this, Zeus killed him with a blow from his lightning bolt.

Poseidon was not much kinder in the use of his trident and often wielded it to demonstrate his power and authority. According to lore, it was also made by the same Cyclops who made Zeus’s lightning bolt. In one notable myth, Poseidon used his trident to produce a well of seawater around the island of Acropolis to stake his claim on the land over Athena. When he ultimately lost the region to her, he again used his trident to dry the land of any water, making it inhospitable for mortals.

Poseidon was a primary deity worshiped in the major centers of Ancient Greece. Even in Athens, which harbored a particular devotion to Athena, he still came as a close second. Zeus’s primary location or worship was Olympia. Contrary to popular belief, worship of the Greek gods, in general, is not dead.

In fact, worship of the big twelve, including Zeus and Poseidon, has seen a revival in recent years by modern Hellenic groups. They came about in response to a rejection of the hold Greek Orthodoxy has on modern Greek culture. Contemporary worship has shifted quite drastically from its ancient practices. Rather than worshiping the personality of the deities, they seem to be cultivating a reverence for the quantities they represent. While maintaining a quid pro quo type relationship that the Ancient Greeks had, most contemporary worshipers do not participate in animal sacrifice. Instead, they provide offerings of flowers, fruits, milk, and sometimes other meats.