Skip to content
Home » 12 Greek Gods with Wings: Who Are They? 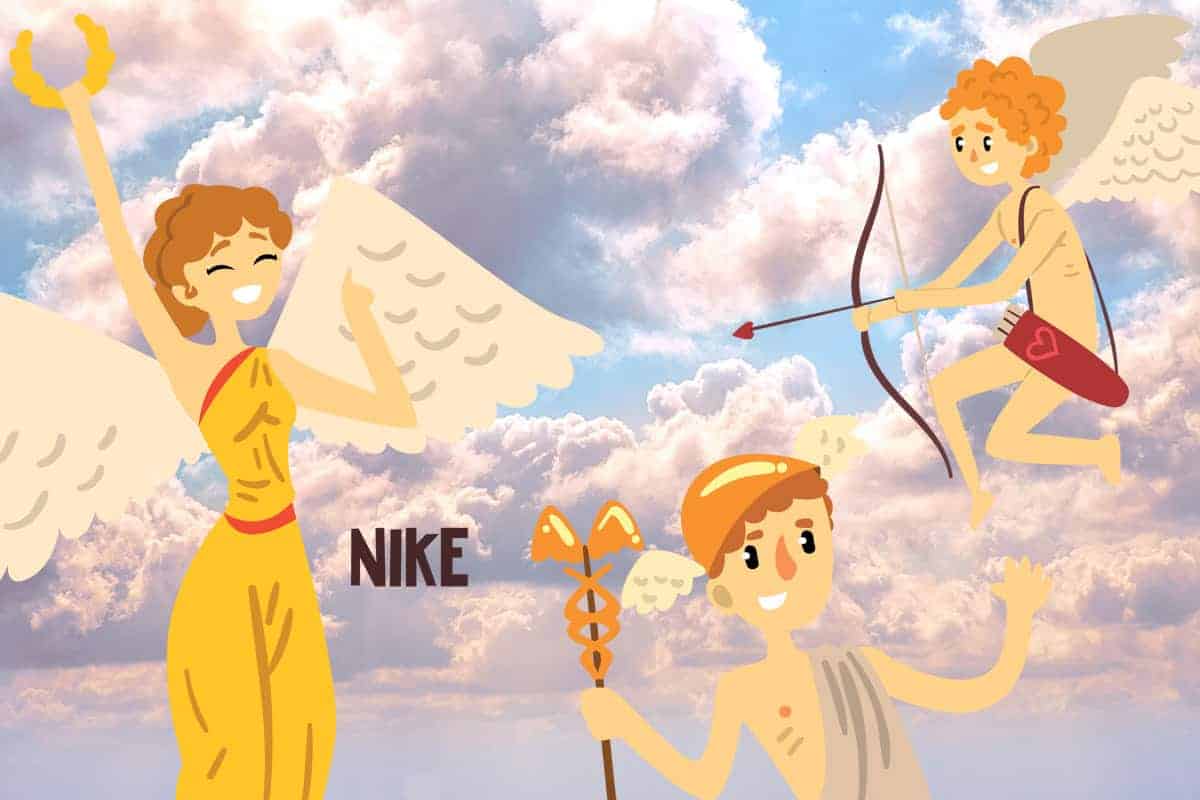 With the plethora of creatures and gods Greek mythology has to offer it can be hard to keep track of who has what, let alone what they look like. In a search to get it straight the following list gives a start to which Greek gods have wings.

This list consists of gods well known, and not so well known. Taking a dive into the world of gods, it’s surprising to see what some of them have in common.

The Winged Gods from Greek Mythology

Eros was the god of sex, love, and lust. He was also part of the group of gods known as the Erotes. Eros is special from the other Erotes because his arrows could be used on mortals or gods. His closest modern equivalent would be cupid. Eros’ most famous tale is his love story with Psyche.

Psyche was a beautiful human woman who had that beauty compared to that of Aphrodite. Aphrodite was very displeased and essentially sentenced the woman to death or else. The rest of the story follows Eros and Psyche after he’s tried to save her and whisk her away to his own hidden palace.

Himeros is the god of sexual desire or unrequitted love, who happens to be the twin brother of Eros. Essentially he is the opposite of what Anteros stands for.

Himeros is typically depicted as a young man or child with wings and a colorful headband. This headband is called a taenia and is something that was worn by athletes. It’s also said that he carries a bow and arrow like his brothers.

Zelos is the god of rivalry and jealousy. He is part of that group of enforcers that follow Zeus’s orders. His mother was Styx and his father was Pallas with three siblings; Kratos, Nike, and Bia..

He also had two sets of long wings that came out of his back. Some sources speculate that Agon and Zelos are the same people but other sources argue against that.

Hypnos (or Hypnus) is the god of sleep. His parents were Erebos and Nyx who also gave birth to his twin, Thanatos. Hypnos is most known for a branch being dipped into the River Lethe in the underworld.

He is depicted with wings on his brow and a horn of sleep that contains Opium. It is said that he drips with water from the River Lethe which is the river of forgetfulness.

Kratos, also known as Cratus, and his siblings Bia, Zelus, and Nike were winged sentinels for Zeus. Kratos in particular is the god of strength.

He is the one of the gods responsible for imprisoning Prometheus in chains. Kratos is somewhat of a simple god in that he blindly follows what Zeus tells him to do and there is nothing else for him aside from Zeus.

Hermes, unlike others on this list, has a unique situation. His wings come to him through the use of a hat and sandals that have tiny wings attached to them. Hermes was the god of travel; this included roads, merchants, thievery, and believe it or not, athletics.

Aside from the strange attire Hermes was usually seen wearing a large toga with a very physically fit body. He was young and fast, the fastest messenger for the gods to be exact. He played many integral roles in Greek Mythology earning his place as an important figure amongst the Olympic gods.

Momus was the god of blame, essentially the original hater. He was most known for his bad habit of mocking others which landed him in some serious trouble. He mocked Hephaestus, Prometheus, Athena, Poseidon, Aphrodite, and Zeus which led to his banishment from Mt. Olympus.

Typically Momus was depicted as a man with a mask that he was constantly lifting from his face. Some reports state that he did have wings and others have no mention of this fact.

There is not much information on Pothos out there, but what is known is that he is depicted with large wings coming out of his back. His parents are Aphrodite and Ares.

He is the god of sexual longing. Pothos is known to be one of the more prominent of a group of gods known as the Erotes. These gods were all winged and associated with power over love and sexual desire.

Thanatos is a god that usually falls to the back burner in Greek afterlife. He is the personification of death itself so he gets overshadowed when Hades comes into the conversation.

Thanatos was known for his gentle and easy deaths. This god is easily comparable to someone like the grim reaper, collecting souls for the afterlife. Thanatos’ parents were Nyx and Erebos. He was typically depicted with large beautiful wings with a sword or a scythe.

Anteros is the god of requited love also known as returned or mutual love. His parents are Aphrodite and Ares. He is also a brother to Eros who also finds himself on this list.

Anteros is typically depicted on a scale that Aphrodite is holding with his brother Eros. He had very long hair and beautiful butterfly-like wings. He was known to either hold a bow and arrow with lead in the arrows or a golden club.

As a bonus, The Anemoi, which is a group of gods, made this list. They are a group of winged gods that represent each of the cardinal directions and their corresponding seasons.

Their mother and father was Eos and Astraios. The Anemoi were depicted with wings and a large cloak wrapped around them. The main four were:

Nike was termed the goddess of victory and speeded, she also had the nickname of the winged goddess. The ancient greek warriors worshipped Nike because they believed she would grant them speed and strength in battle and eventual victory.

She is said to b the daughter of Pallas, a titan, and Styx. She had three sisters, Zelus, Bic and Kralas. Nike took the side of Zeus during the great Titan war and after victory by the Olympians she was often seated by Zeus’ side.