Skip to content
Home » Poseidon vs Neptune: What is the Difference? 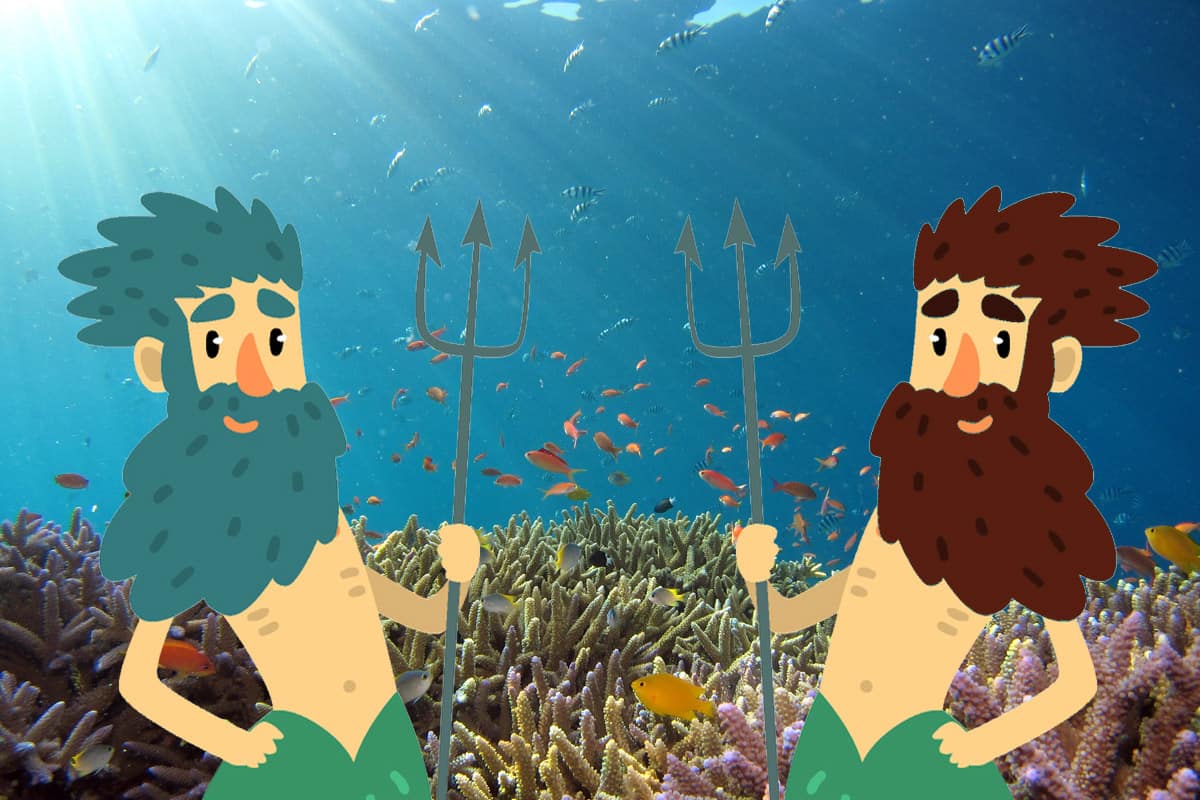 On the surface there isn’t much in the way of differences between Poseidon and Neptune. However, under those rough ocean waves there is much more to unpack than one might realize.

Poseidon and Neptune have many similarities. Mostly because the Romans borrowed a lot from Greek mythology. They are both known as Gods of the Sea, have a trident, and share an eerily similar origin story. Yet, there are some pretty big differences as well. Neptune has a chariot and one temple in all of Rome. Poseidon, on the other hand, is the patron God of several cities and created horses. Taking a look at their origins, mythology, depictions, and worship, their differences become clear.

Poseidon and Neptune are often used interchangeably because of their common similarities.Their differences are shocking when it comes down to it.

What is the Difference Between Poseidon and Neptune, Really?

Poseidon originates from Greek mythology as one of the 12 Olympian Gods that rule the main facets of the world: sky, underworld, war, love, sea, etc. He is known as the God of the Sea and is typically depicted with a trident.

That trident was a gift to him from the cyclops to help the Olympian’s in the war against the titans. Gods in Greek mythology had personality and individualistic ideals that made them seem more relatable and attainable to the people that were worshipping them.

Neptune originates from Roman mythology. Roman mythology came after Greek mythology, many of their Gods the same just with different names. Neptune is the Roman Poseidon, but if that was their only difference then this would end here. Neptune was typically depicted with a trident and a seashell chariot with either seahorses or dolphins.

These seahorses however, were horses with fins rather than the modern seahorse. The presence of sea animals is one distinct difference between these two Gods. Roman Gods differed from Greek Gods in that they were named after objects or actions rather than their individual personalities.

This is one reason why most Roman Gods are essentially Greek Gods with different names.

As touched on previously Poseidon is depicted solely with a trident as the God of the Sea. This went for water in general, but he was mainly known for his sea title. Something that he is a little less known for is being the God of Earthquakes and Horses as well.

It was said that if he was ignored or offended he would throw his trident on the ground to cause it to shake. He is also the creator of horses. Some of these things the Romans adapted into their version, and others they didn’t. There are many myths revolving around him fathering many horses, the most notable of which being Pegasus.

Neptune is almost a caricature of Poseidon. Originally he was seen as the God of Freshwater, which is much different than the Sea the Poseidon rules over. However, by 399 BC he was closely associated with Poseidon. On top of being in control of freshwater, Neptune was also known for controlling wind, storms, and horses.

The horses are different for Neptune as there is no record of him having created them. But there are myths that horses drug him to the sea to be who he is known for. Some sources dispute Neptune having any connection with horses. He was said to have lived in a golden palace beneath the waves in the Mediterranean Sea.

Poseidon was in Greek mythology from the very beginning. He has always been a core member of the 12 Olympic Gods. He was swallowed by his father, Cronus, who feared one of his children would be his undoing. Cronus swallowed each child he had shortly after birth until his wife tricked him by giving hima rock instead of a baby.

Cronus, who didn’t even check, swallowed it whole like all the others only to get sick and throw up all of his children, fully grown. Among them Poseidon helped his siblings send their father to Tartarus. Each of the realms were divided up by Zeus, the catalyst for the whole event. Poseidon was assigned the God of the Sea

Neptune came into Roman mythology relatively late. Some accounts say that he didn’t show up as God to commonly worship until approximately 400 years after Rome had been established. Neptunes story is much like Poseidons. He was swallowed by his father, vomited back up by him, and then defeated him with his siblings.

Unlike Poseidon, Neptune gets to pick which domain he would like to rule over and he chooses the seas. Neptune is responsible for shaping the Earth by curving grooves for valleys and shaping the ocean floors is Roman myth.

Many major cities in ancient Greece consider Poseidon their Patron God. Even in Athens he is number two only coming behind Athena. Cities in ancient Greece would usually choose just one God, but sometimes more, to be a patron. From there they would give offerings, have festivals, and pray to these Gods for safety of their cities and people.

They would also pray for prosperity, a common theme, as well as individuals with their own needs. This was something that was ingrained in Grecian life so as not to anger the Gods. Gods played a much larger role then, seen practically as real, all-powerful people, that must not be angered.

People who worked around water, namely fishermen and sailors would pray to Poseidon for luck, calm weathers, and abundance from the waters. People who worked with animals worshipped him as well because he created horses.

Given Neptune’s late entrance into the mythology it’s no surprise that there isn’t much in the way of his worship. Neptune only had one temple in all of Rome that has been destroyed and rebuilt throughout history.

Neptune is one of the four Roman Gods that allowed for the sacrifice of a bull. Gods would become unhappy if a bull was sacrificed to any but those four. There was also a festival called Neptunalia that took place during peak summer. The idea was to worship Neptune so that he would help with the drought and heat.

This festival was paired with two others on either side to worship for similar reasons so that all three would build on one another.