Skip to content
Home » Apollo and Dionysus: What is the Difference? 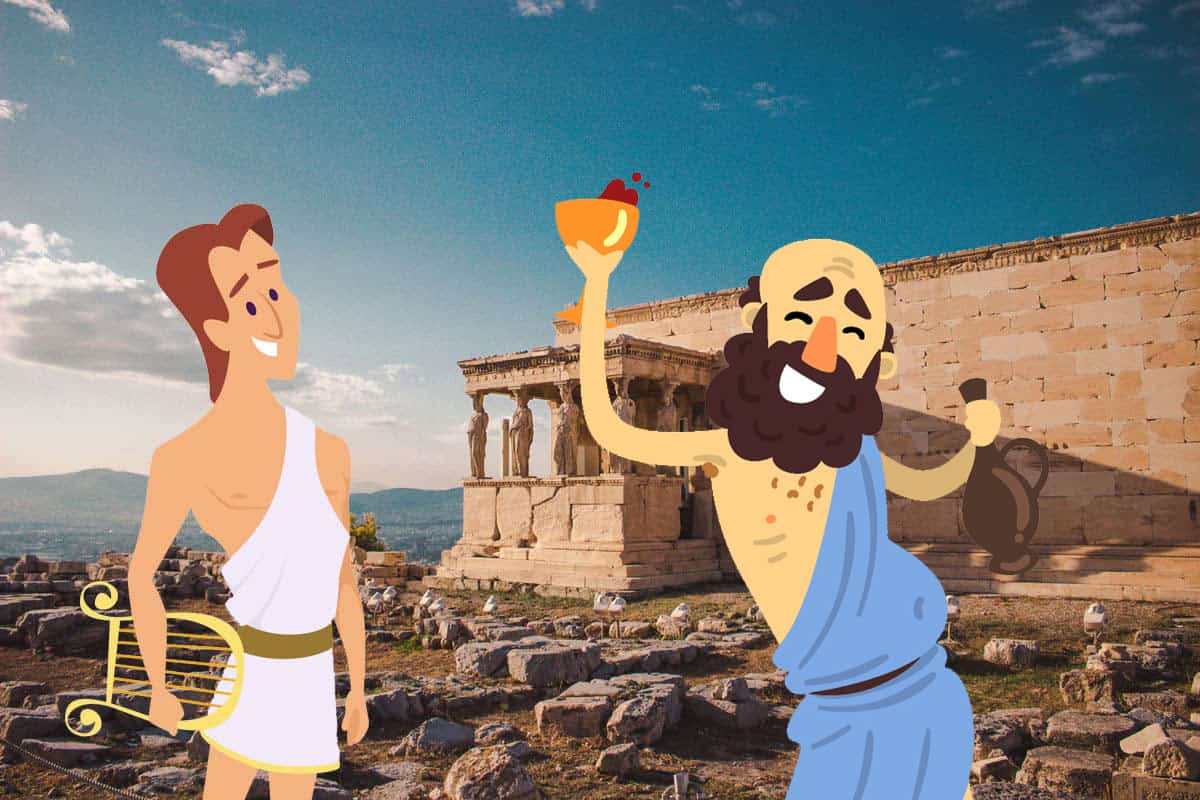 Apollo and Dionysus were two sides of a coin when it came to music and revelry, and they had many followers who appreciated their youth and vitality.

Apollo and Dionysus are so often compared because at first they appear to be the direct opposite of one another. Apollo was a righteous god who adored order and rational thought, while Dionysus found his strength in parties, chaos, and drunkenness. However, both were gods of music and dance, and their domains intersected quite a bit. These sons of Zeus were an important pair, where they represented the importance of balance in life. Too much order could be as bad as too much chaos – which was why both were essential. They both represent equal aspects of dance, music, and life.

What’s the difference between Apollo and Dionysus?

Apollo’s maternal aunt was Asteria and his paternal aunts and uncles included Hera, Demeter, Hades, Hestia, and Poseidon, as well as several other giants and monsters. He was brother to many through Zeus, including Dionysus, Hermes, Athena, Ares, and several others.
Apollo had many lovers and many children including Orpheus. He also had male lovers including Adonis.

Dionysus’s mother was the mortal Semele and his father was Zeus. His mother was the daughter of Cadmus, the first king of Thebes, and Harmonia, a daughter of Ares. Dionysus married Ariadne and had a number of children with her. He also took several other lovers, including Aphrodite, the enchantress Circe, and others. From them he had many more children.

Some of Dionysus’s most famous children include Priapus, Iacchus and his twin, the Charites or Graces (Pasithea, Euphrosyne, and Thalia), and Methe, the spirit of drunkenness.

Through Ariadne, Dionysus’s father-in-law was the King of Crete, Minos –stepfather of the Minotaur.

Apollo was a sun god while his sister represented the moon. Apollo was also the god of music and was a patron of dance along with Dionysus. He was also a healer, prophet, archer, and poet.

Both Apollo and Artemis were renowned for their love of their mother, Leto. She was often targeted by a jealous Hera or others. Apollo slew several giants, dragons, and men to protect his mother, including the sons of Niobe, the serpent-dragon Python, and the giant Tityos.

King Admetus was one of Apollo’s male lovers who was known for his generosity. After Apollo left Admetus to return to heaven, he helped Admetus marry a princess. After this, he tricked the Fates into letting Admetus live past his natural death. When Zeus later punished him for this by killing Apollo’s son Asclepius with a lightning bolt. Apollo then killed the cyclops, who made the bolt in revenge.

There are two types of the lyre, both associated with Apollo. The tortoiseshell lyre was created by Hermes and gifted to Apollo to settle a debate after Hermes stole Apollo’s cows. The second, the more common lyre, was invented by Apollo himself before this, and he tore its strings in repentance for his own sins.

Apollo had several musical matches with gods, men, and everything in-between! His most famous competitors were the nature god Pan, Cinyras of Cyprus, the satyr Marsyas, and a non-musical boxing contest with the giant king Phorbas. He won all of these contests.

Through the Oracle of Delphi, Apollo commanded the hero Orestes to kill his own mother, Clytemnestra, in revenge for her killing Orestes’s father, Agamemnon. Orestes did and was put on trial for the murder, judged by the gods. Apollo argued for the hero, and eventually, Athena decided in favor of his innocence.

Dionysus was an important figure across Greek myth and a favorite amongst philosophers, who saw him as the ideological opposite of and complement to the ordered sun god Apollo. He was a god of wine, dance, and revelry.

Zeus impregnated the daughter of Cadmus, after appearing to her as a human. Hera, furious about the infidelity, tricked Zeus into showing Semele his true form, which promptly killed her. Zeus rescued the fetus and sewed it into his own thigh for gestation. Hermes took the baby to Semele’s sister Ino to raise after his birth.

Hera hated Dionysus due to Zeus’s infidelity, and she attacked him on several occasions. She cursed his aunt and uncle, driving them mad. She also made several attempts on his life, though he was protected by Hermes, who eventually brought the child back to his father. Dionysus then took over for Hestia as one of the Twelve Olympians.

As soon as he reached manhood, Dionysus journeyed to the Underworld to find the soul of his mother, Semele. He brought her to Olympus and, with the help of his father, made her into a goddess.

King Midas cared for and returned the missing Silenus, the schoolmaster of Dionysus. Dionysus offered him any reward, but cautioned him to take care. Midas demanded the power to turn anything he touched to gold, and ignored Dionysus’s warnings. Dionysus granted the wish, and Midas neared starvation and desolation by turning his food, clothes, and even his own daughter to gold.

The Cretan princess Ariadne saved the hero Theseus by giving him a golden thread to get through the Minotaur maze. Though she loved him, Theseus rejected and abandoned her after taking her away to be married. Dionysus discovered Ariadne on Naxos and brought her to Olympus, where the two were married.

Apollo and Dionysus were ideological opposites. Where the sun god favored order, Dionysus adored chaos. However, they had many similarities which bound them together. Both sons of Zeus, the brothers adored their respective mothers and went out of their ways to protect them. Both loved deeply and both found beauty in the creative side of life. This is why, despite their differences, philosophers often only discuss one with the other.