Skip to content
Home » Achilles and Hector: Why Did Achilles Kill Hector? 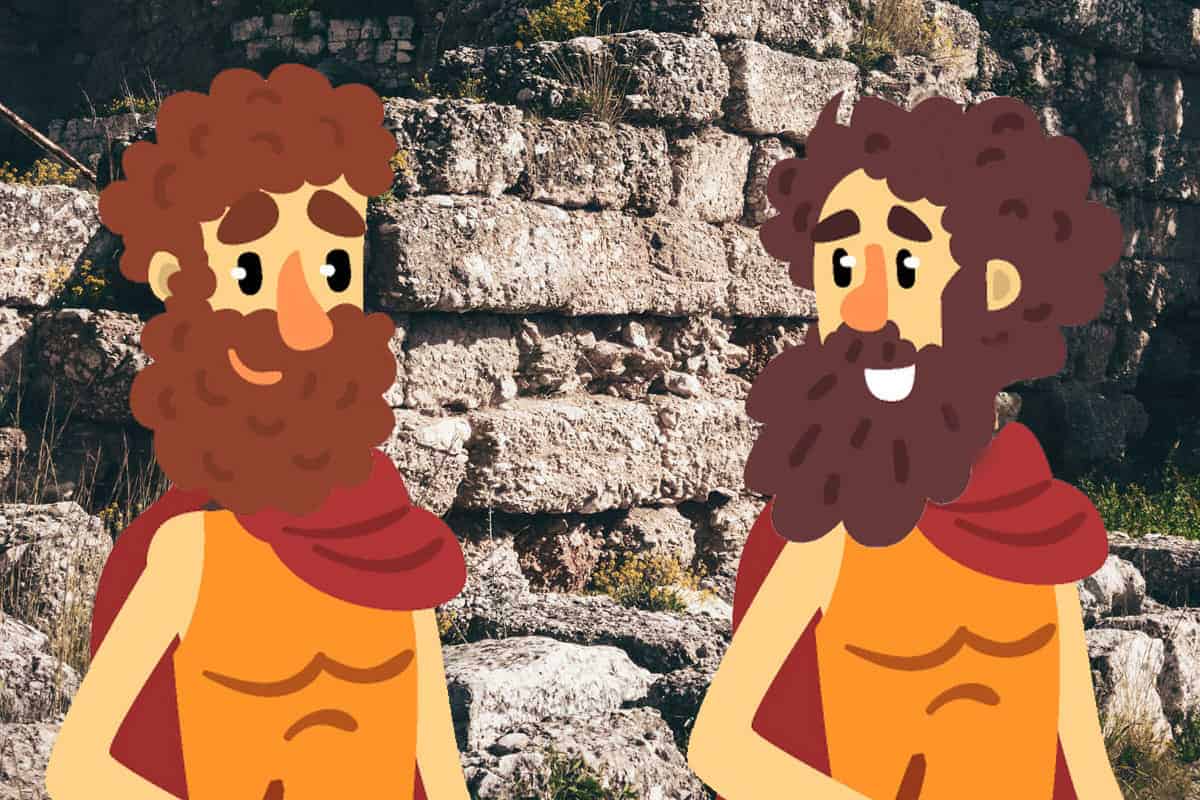 The story of the Trojan War is packed full with some of the most interesting characters and rivalries in Greek mythology.

Yet few of rivalries live up to that between Achilles vs Hector. Both were the best fighters for each of their respective armies and they were to fight it out on the battle field of Troy. Achilles did in the end kill Hector, but many people do wonder, why did Achilles kill Hector?

Achilles killed Hector as an act of revenge. Revenge for Hector killing his friend Patroclus earlier in the story. In the course of the Trojan War, the Trojans, led by Hector were gaining the upper hand and the Greeks had been driven increasingly back. The leader of the Greek forces, Agamemnon, was contemplating sailing back to Greece. At this point the Trojans attacked the Greeks and broke through to their camp. Patroclus, wearing Achilles armour, lead the Myrmidons against the Trojans. Hector, thinking Patroclus was Achilles, attacked and killed him. Hector then stole his armour. Hearing the news of his friends death, Achilles sought out Hector to avenge his friend’s death. There was a great fight between the two, ending when Achilles drove his spear into Hectors throat.

The Trojan war is an epic tale of events that lasted 10 years. There is much more to learn about the different characters involved in the clash between Achilles and Hector. So, let’s dive in further.

In the Trojan war there were basically two sides. That of the Greek armies and that of the Trojan armies. All the nations, city states, territories, gods, demigods and heroes almost entirely fit into one side.

Before we look at a relative comparison of the two warriors Achilles and Hector, it is best to look at how the two sides armies size up to one another. This is by no means an exhaustive summary of the key participants, rather a basic overview. There are lots of other characters in the story, and if you truly wish to understand it fully then I recommend reading Homer’s Iliad.

Most of the characters have loyalties through family or geography. Others like the gods have grudges from previous events. One of the gods, Apollo, actually switches sides often and helps different characters at different times.

So, there we have a overview of the major characters. If you are interested, I found an amazing visual summary of the important territory.

Map of the Trojan War 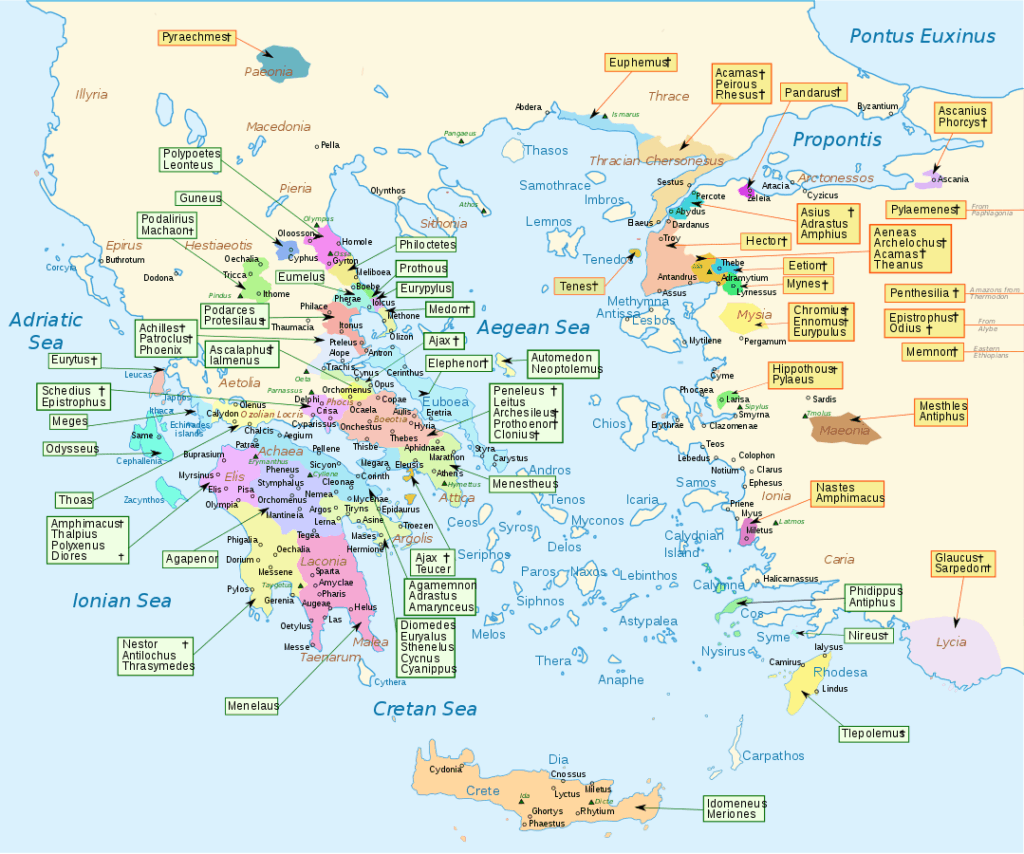 It is said in Homer’s Iliad that the Greeks outnumbered the Trojans, but the Trojans felt comfortable with these odds because they were safely behind the walls of Troy which had never been breached.

So now lets look in more detail at the relative traits of Hector vs Achilles.

The two warriors were very well respected as fighters and in a lot of ways were well matched. That being said, Achilles did have his protection gained from when he was dipped into the river Styx and a few Gods were directly intervening on his side. So in the end Hector was killed.

How Did Achilles Kill Hector?

When Achilles heard that Hector had killed Patroclus, he was extremely angry. He summoned all of his men, the Myrmidons, and began to fight back the Trojans ranks. The two armies fought a terrible battle and eventually the Trojans were pushed back into the city walls. That is, all except Hector. He waited for Achilles outside the gates of Troy.

The God Hephaestos had reforged some new armour for Achilles and now he rushed to meet Hector. Upon seeing the fearsome Achilles in his new shining armour, Hector ran away. Achilles chased him, round and round the mighty walls of Troy. The great armies, the other heroes and the Gods all watching. Eventually Hector did stop and face Achilles to fight.

Achilles threw his spear first, and missed. Hector then threw his own spear, he hit Achilles’ shield and then bounced off. They both drew their swords and began to fight. They tried to expose and unbalance the other but they were too well matched. Eventually, Achilles reclaimed his spear, and seeing an opening drove his spear into Hectors throat. This was the fatal blow. As Hector was dying, he gave the prophecy that Paris and Apollo would destroy Achilles.

Athena helped Achilles kill Hector. When Hector was running away from Achilles, all the gods including Athena were watching.

She wanted the two to fight as she was on the side of the Greeks. She disguised herself as Hector’s brother Deiphobus and suggested to Hector that they could fight Achilles together.

Hector then turned to face Achilles thinking the odds had turned in his favour. She then disappeared as Achilles and Hector began to fight.

What Does Achilles Do With Hector’s Body?

The hero Hector was now lying in the dust in front of the gates of Troy. A great many Trojans were disheartened by the death of their leader. Achilles was still raging at the death of his friend Patroclus, wanted to humiliate the Trojan Prince further. He removed the armour of Hector, as Hector had done to Patroclus, and then tied the corpse to the back of his chariot axle. He then dragged the corpse around the walls of Troy 7 times for all to see.

That evening the King of Troy, Priam, visited Achilles in secret and pleaded for the return of his son’s body. At first Achilles denied the request, but upon seeing the tears of the great King he eventually agreed. They held funeral rites for both Hector and Patroclus over the next few days.

How Did Achilles Die?

Achilles was the subject of two prophecies about his time in the Trojan war. The first, that the Greeks could not win if Achilles did not come to Troy and fight. The second, that if Achilles did go to Troy that he would die in the war.

And so it is, that Achilles comes to meet his fate. The Princeof Troy, Paris, the brother of Hector, was greatly angered by the death of his brother. He was a cowardly figure, and a poor swordsman. He did however possess some ability with the bow and arrow.

When the war resumed with the Greeks and the armies were again fighting, Paris spotted Achilles. At this moment, the Olympian God Apollo appeared to Paris and told him that Achilles possessed a weak spot, his heel. Paris fired an arrow and with the guidance of Apollo the arrow struck Achilles.

Achilles died on the field of battle.

Achilles was without a doubt the greatest warrior to fight in the Trojan Wars. But, in many ways he was well matched by Hector. Achilles was fighting for glory, Hector was fighting to defend his land. The ancient Greek respected and looked up Hector more fondly than they did upon Achilles.

1 thought on “Achilles and Hector: Why Did Achilles Kill Hector?”