Skip to content
Home » Why Did Hera Hate Hercules? 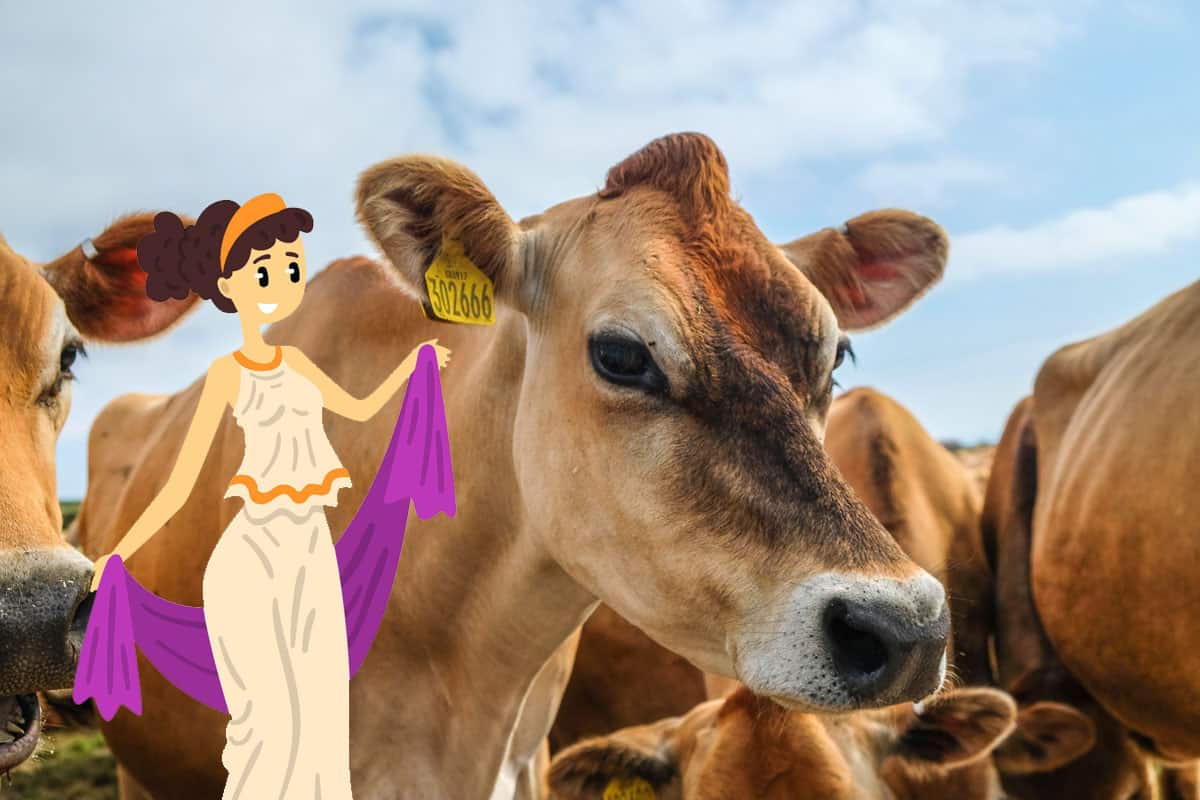 Hercules is most known for his expeditions and unimaginable strength. But this strength would be what led him to a terrible fate orchestrated by Hera. Hera was famous for her envy of Zeus’ mistress and hatred towards the children they would bore.

Why Did Hera Hate Hercules? ​Hercules was the son of a mortal woman called Alcmene and Zeus. As Zeus’ wife, Hera was not happy when Zeus disguised himself as Alcmene’s husband in order to sleep with her. Zeus’ adultery was the sole reason Hera would hold
an ever-lasting grudge on Hercules.

Hera would go on to do everything in her power to try to ruin the birth of Hercules. Hera forced Ilithyia, goddess of childbirth, to sit cross-legged with knotted clothes in order to impede the infant’s journey into the world. But the mother’s servant was able to trick the goddess of childbirth by claiming that the infant was already born, so her task was futile. Hera then sent two dangerous serpents to kill the young infant, but upon seeing them Hercules picked them up as if they were toys. This was only the beginning of Hera’s hatred for the young Hercules.

What Did Hera Do To Hercules?

Hercules would grow into the strong athletic demigod we all know. He was destined for destroying beasts and making myths. Later, Hercules moved to Thebes where he married and started a family with Megara, daughter of King Creon. This is when Hera stepped back into frame. Hera caused Hercules to go insane and murder his children and wife. But the insanity was only temporary, so he woke up riddled with guilt for what he did. In order to eradicate his sins, Hercules sought out the Oracle of Delphi.

But Hera wanted to extend Hercules’ suffering, so he was required to complete ten labors orchestrated by his enemy, Eurystheus, the man who took Hercules’ place as King. If Hercules succeeded, he would be cleansed of the sin of infanticide and made to be an immortal god.

What Were The Labors of Hercules?

The first task was slaying the Nemean Lion – a relatively easy task for Hercules and his strength. He was able to defeat the lion with his bare hands and then wore the skin as a cloak.

The second task was slaying the nine-headed Lernaean Hydra. This beast was far more difficult to slay as it breathed fire and had multiple
serpent heads. If Hercules cut off one of the heads, two would grow from the wound. Hera was excited about this quest because she believed the beast was invincible. But Hercules was able to defeat the monster with his nephew Iolaus. They dipped their arrows in poisoned blood to kill the Hydra.

The third task was capturing the Golden Hind of Artemis. This was a different approach for Hercules, who was used to simply killing things with brute strength. Instead, Hercules needed to chase and wait for the monster in order to catch it and present it to Eurytheus.

The fourth task was capturing the Erymanthian Boar. Eurystheus knew this was a fearsome boar who continued to harass anything in its path. But Hercules learned from his previous task that patience would behoove him. He was able to capture the boar and bring it to Mycenae.

The fifth task required Hercules to clean the Augean stables in only one day. These stables housed 3,000 cattle who produced poisoned feces. Hercules was able to accomplish this by moving the feces into the two seperate ditches he created on either side of the stables. Then, Hercules directed the Peneios and Alpheios rivers to run through the ditches.

The sixth task was slaying the man-eating Stymphalian Birds. Hercules managed to scare them with a rattle gifted to him by Athena. When the birds were frightened by the sound, Hercules was able to shoot them with his bow and arrow.

The seventh task was capturing the Cretan Bull. A terrifying bull that fathered the Minotaur, it held the rage of Poseidon who gifted it to Minos who failed to sacrifice it as he was instructed. Hercules was able to capture it and carry it home to Eurystheus.

The eighth task was stealing the flesh-eating Mares of Diomedes. Hercules managed to complete this task by feeding Diomedes himself to the
horses before he bound their mouths shut.

The ninth task was collecting the girdle of the Queen of the Amazons, Hippolyta. Hera ordered the amazons to attack Hercules when he arrived. While they put up a great fight, Hercules was able to grab the girdle and return it to Eurystheus.

The tenth task was obtaining the monster Geryon’s cattle. The herd of cattle was guarded by the two-headed dog, Orthrus and owned by Geryon – a three-headed, six-armed giant. Hercules managed to kill the dog with his club and the giant with a poisoned arrow. Then he herded the cattle back to Eurystheus.

In the end, Eurystheus claimed that Hercules was not successful with two of the labors. The first being the Augean stables because Hercules was going to accept a wage for the work and the second being the killing of the Lernaean Hydra because he was aided by his nephew, Iolaus. Therefore, Eurystheus assigned two additional tasks, totalling twelve labors.

The eleventh task would involve stealing the golden apples of the Hesperides. These apples were a prized possession of Hera, which were guarded by a hundred-headed dragon. Hercules would first have to find the location of the apples. On his way, he ran into the Titan, Prometheus, who was sentenced to be bound to a rock where upon an eagle would come and eat his liver every day. Hercules freed Prometheus and in return, the titan told him that his brother, Atlas, would be able to tell Hercules where the apples were.

Atlas was burdened with holding the sky and earth on his shoulders. He promised Hercules he would fetch the apples if he could hold the earth and sky while he was gone. When Atlas returned with the apples, he did not want to return to his punishment. But Hercules was able to trick him and take the apples back to Eurystheus.

The twelfth and final task was capturing Cerberus, the three-headed dog who guarded the gates of the Underworld. Eurystheus was furious that Hercules was able to complete the previous task, so he saved the hardest for last. But Hercules used the souls of the Underworld to help persuade Hades to give him the dog as long as he didn’t use weapons. A successful Hercules rode the creature home to the dismay of Eurystheus.

Did Hera and Hercules Become Friends?

After Hercules completed all of the labors, he was granted atonement and immortality on Mount Olympus. He was celebrated for all of his adventures and achievements on Earth. Once he arrived at Mount Olympus, he ended up marrying Hera’s daughter, Hebe. Some argue that
Hebe is an extension of Hera herself. So it’s safe to say that once they were on Mount Olympus together, Hera and Hercules found peace with each other.

Hera and Hercules had a tumultuous relationship. Much like many of the other children of Zeus, Hera took to punishing and tormenting Hercules. It is from these actions that came the legend that is Hercules.

In a sense, we have Hera to thank for all the splendid myths and tales that involve this most fascinating of Greek demigods. We hope you liked our quick overview.

If you have any comments then please feel free to let them known below. Thanks!