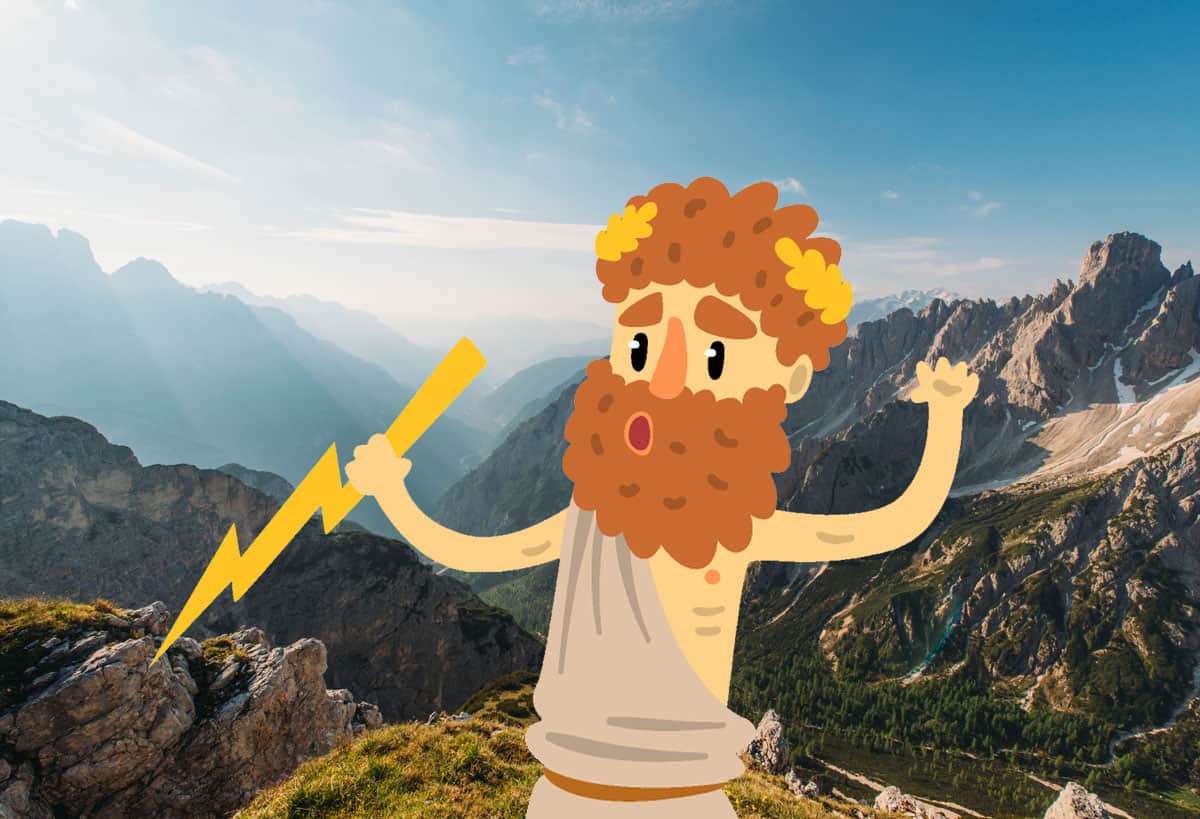 If you watch a lot of T.V. about Greek mythology, you might’ve noticed the cliché of the Death of Zeus appearing time and time again. It’s seen in the God of War series and a Supernatural episode called ‘Remember the Titans’ amidst others. However, does Zeus ever actually die in Greek mythology?

Zeus does not ever die. In Greek mythology, all Gods are immortal — despite this, they can still be thrown into exile or incapacitated. Even after humanity stops believing in them, they do not die but fade away to less powerful versions of themselves.

Zeus and His Supposed Death

Although it is widely accepted that the Greek gods are unable to die, some myths exist that Zeus died in Crete, his birthplace. Literary allusions to Zeus’s death exist from the 4th century, with all of them pointing to Crete as the place where he died.

One of the first references to his death is seen in the Hymn to Zeus by Callimachus (310-c to 240 B.C.), with the following quote.

‘Indeed, the Cretans even contrived a tomb for you, O Lord, but you will not die, for you live forever.’

The Cretan Zeus is a god who dies and is reborn annually. Although the exact details of his death are often left out of stories, it is suggested that he was gored to death by a wild boar. It is probably from the myth of Cretan Zeus that the idea of Zeus’s ability to be slain once and for all was born and spread to film.

To answer the question — according to most viewpoints except the Cretian one, Zeus is unable to die.

Why Does Zeus Die in Films?

Although Zeus does not always die in films, his death is becoming an increasingly common trope.

Zeus’s death in films symbolically represents the overthrowing of a tyrant ruler by the common people. This representation depicts people’s desire for the destabilization of the social hierarchy and a victory for justice.

As the king of Olympus, Zeus had a reputation as the great punisher. These punishments were not only severe, but they lasted for all eternity.

Here are some famous examples:

As a result, Zeus came to be seen as a tyrannical figure who abused his power, creating a necessity for a hero to defeat him to stop his wrongdoings.

Zeus is frequently portrayed as somebody who can be slain, but as a Greek god, he was an immortal being incapable of dying. His death is portrayed in films to symbolically demonstrate overthrowing a tyrant, but it was understood that he did not die due to his status as a god.

2 thoughts on “Did Zeus Ever Die?”