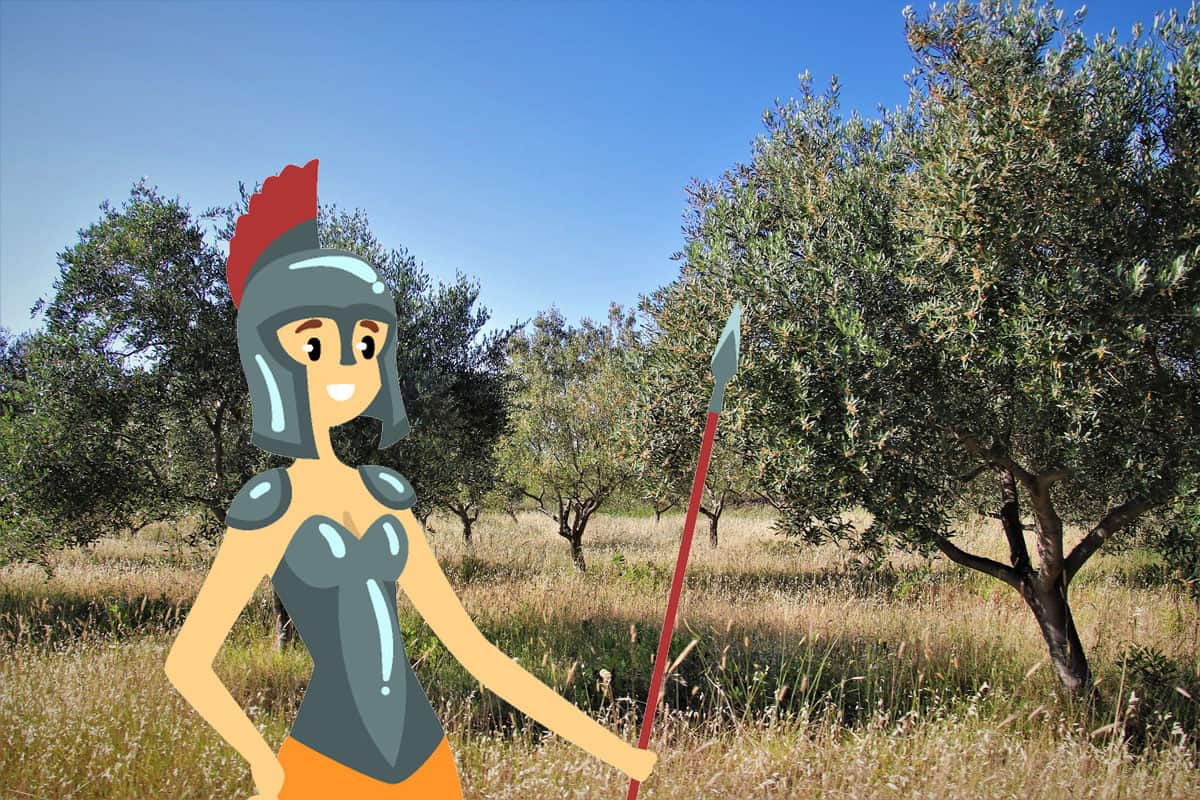 Athena is an important goddess in the pantheon of Greek gods. She may not have had the impact of say Zeus, Poseidon or Hades, but she certainly is worth some time exploring.

Here were have taken a dive into the realms, myths, stories and personality of this interesting Greek goddess. So without further ado, lets begin!

The Birth of Athena

Athena was known to be the daughter of Zeus and Metis, daughter to the Titans. There was a prophecy surrounding Athena’s birth claiming  that if Metis had a son, the son would end up killing his father. Zeus didn’t want to risk this prophecy from being fulfilled, so he swallowed Metis.

But he suddenly got a horrible headache. It was so bad that he beat his head against a rock to try and make it go away. His son, the god Hephaestus came to his father’s aide and use his mallet to split Zeus’ head open. From his head, Athena sprang to life and from then on was known to be the goddess of wisdom and intellectual pursuits.

Through Athena being born, she was a great influence on the lives of inventors, those who sought enlightenment, and judges who sought fair decisions. Even Captains were known to pray to her before going into battle.

There was a young girl named Arachne who was very skilled at weaving. She decided to challenge Athena to a weaving contest. Arachne wove beautiful tapestries that showed events from the lives of the gods. People thought she had a good chance of winning, even though she was up against Athena who had created the spindle.

Athena took her giant spindle and stood on a hill. She gathered beautiful pink fleece from the sunset and blue and silver strands from the starlight. She used this material to create scenes depicting the world’s creation. When she was finished, she threw her creations across heaven so all could see what she had made.

The people fell on the knees and began worshipping her. Arachne didn’t handle the defeat very well and ended up killing herself. Athena felt horrible about the choice the girl made, so she turned her into a spider so she could spend her days spinning away making beautiful webs.

This myth shows Athena’s kind side. She wanted to win fairly and without causing any harm to the poor girl. By taking pity, she transformed Arachne into a creature that could do what she loved the most, all the time.

The Capturing of Pegasus

A Greek hero, Bellerophon accidentally offended the king of Lycia. The king would have killed him, but Bellerophon was a guest in his house and it wasn’t considered proper etiquette to kill your guest. The king instead decided to send Bellerophon on a quest that he thought would result in Bellerephon’s death.

He wanted him to go and slay the Chimaera, a half ram, half-dragon who breathed flames. Bellerophon decided to pray to Athena for help because she was known to be a very tactful goddess. She was very impressed with Bellerophon, so she decided to help him.

She told him in a dream that he must go and capture the winged horse, Pegasus. When Bellerophon awoke, he found a bridle had been placed beside him. He sought Pegasus out and put the bridle over the winged horse’s head. Pegasus bowed down and allowed Bellerephon to ride him. Together, Bellerophon and Pegasus killed the Chimaera.

By asking Athena for help, Bellerephon set the course of his destiny. He and Pegasus went on many adventures together, but with each successful endeavour, Bellerophon became very vain and boastful. This led to him eventually falling off Pegasus mid flight and crippling his legs. He would become a beggar for the rest of his life.

The Gorgons and Athena

The Gorgons were known to be three horrible and monstrous sisters that had once been very beautiful women. The youngest of the sisters, Medusa, was sought after by the god of the seas, Poseidon.

Athena was extremely jealous that Poseidon had taken an interest in Medusa. She decided to take revenge by turning Medusa into an awful creature that had scales all over her body and crazy hissing snakes for her hair. She was so ugly, that anyone who looked at her would be automatically turned to stone.

Athena was also responsible for changing her sisters into the horrible monstrosities as well, as they had tried to please their sister’s case which just upset Athena further.

The creation of Medusa led to the birth of the winged horse, Pegasus, through her decapitation at the hands of Perseus. Perseus then used her head to turn his enemies to stone.

Perseus was known to be the son of Zeus. He was also the first king of Mycenae. Perseus was responsible for beheading the creature, Medusa, and thus birthing the flying horse, Pegasus.

With Athena’s help, Perseus was able to kill Medusa which led to him using her head to rescue Andromeda, interrupt his mother’s marriage by turning all the guests to stone, and eventually gave Medusa’s head to Athena so she could attach it to her shield.

During the Trojan war, Ares, the god of war, was on the side of the Trojans. He wasn’t known to be as smart as some of the other gods and goddesses, one being Athena. While Ares supported the Trojans, Athena supported the Greeks. She was responsible for helping the Greek warrior Diomedes injure Ares.

Ares was so mad he went to Zeus to complain. He said it was unfair and overall, foul play. The fight between Ares and Athena continued, with Athena insulting Ares constantly. Ares got so mad he threw an arrow at her and it hit her breastplate and bounced off. Athena also was responsible for helping the Greek hero Heracles injure Ares in the thigh.

This myth shows that the gods were capable of fighting with one another and holding grudges. Although they were all related, they did fight amongst themselves, with each having a rather large ego.

Cadmus was known to be the son of King Agenor. One day, he and some of his friends found a cow with a moon-shaped marking on its head. They decided to follow it. He wanted to sacrifice the animal to Athena. He told his friends to go get some purified water from a spring.

His friends all ended up being killed by a dragon who guarded the spring. Cadmus killed the dragon by crushing its head with a rock. He then sacrificed the cow to Athena as planned. She came to visit him and told him he needed to pull the dragon’s teeth out and plant each one in the ground.

He did this and it led to an entire army springing from the ground who wanted to fight Cadmus for killing the dragon that was special to Ares. All the men ended up killing one another. Ares was furious over the death of his dragon, so he took Cadmus to the divine court where Cadmus was sentenced to be a slave to Ares for a year.

This myth shows the continued rivalry between Athena and Ares. They were constantly at odds with one another and would mess with the other whenever they got the chance.

Athena was a quirky, intelligent and interesting Greek god. She was a key figure in helping many of the Greek heroes, she played an important role in the Trojan war and she was the patron of the city of Athens.

The myths she is involved in are really interesting and worth exploring further. Thanks for reading this brief overview!