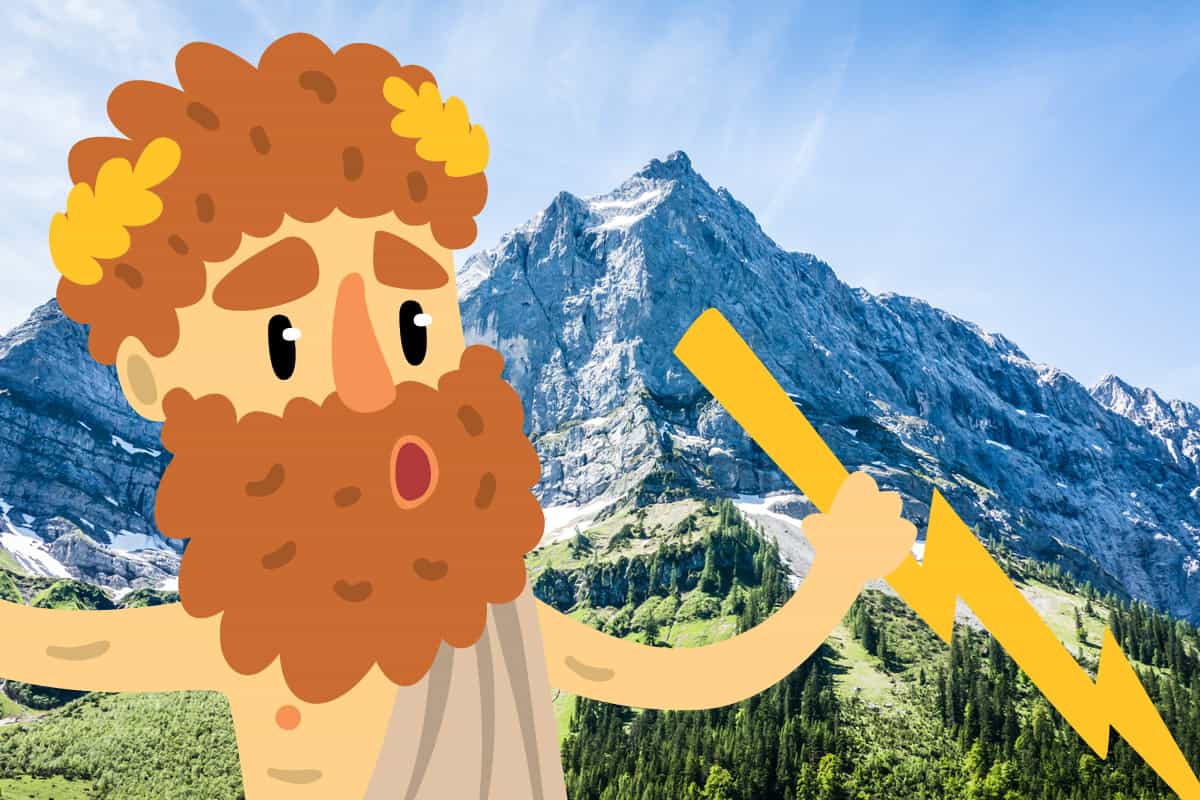 Few deities in the Greek pantheon have as much claim to fame as Zeus. Even fewer hold such a role of heroism, leadership, and other qualities to idolism despite his general lack of demonstrated humanity and empathy. He seems to be a god that ruled by fear, not by love. But that’s also what makes Greek mythology so appealing, its deities include very human flaws. It gives humans room to center their own flaws as acceptable too.

So it begs the question, is Zeus good or evil? But maybe, like most things, nothing is so black and white. Maybe Zeus is like humans and he contains a world of gray, made up of all that is good and evil. There’s an old folktale where two wolves fight, witnessed by a child and their parents. The child asks which one will win and their parent answers, ‘The one you feed.’ Zeus seems to have fed more to the wolf of jealousy, power, domination, lust, and other things that very may well be considered evil.

Decide for yourself. The evidence is laid out below.

So, Is Zeus Good or Evil?

The Danger of Power

Zeus had a reputation as a merciless leader, a promiscuous man, and an unfaithful husband. His mischief and mayhem account for a plethora of Greek mythology and while the myths may position him as the hero, few would consider him good.

Take the story of Prometheus for example. After falling victim to a trick played on Him, Zeus retaliated by stealing fire from humans. According to some accounts, he also stole the means to survive as well. Prometheus, not to be outdone, stole the fire back and returned it to the humans. As punishment, Zeus chained Prometheus to a rock and sent an eagle to eat out his liver. Each night, his liver would regrow and the next day the eagle would return. Prometheus was subject to ages of this torture.

All of this was a result of Zeus’s own lust and pride. He fell for a trick and punished both humans and Prometheus severely for this. What good comes from the power of the wicked?

The story of Prometheus doesn’t begin to scratch the surface. Zeus saw himself above consent when it came to his extramarital affairs, often using trickery or manipulation to get his way, and having no mercy when it came to even the slightest crimes.

Accepting the premise that the deities reflect human qualities, then maybe Zeus’s evil qualities are the result of the violence of his youth. At one point, Zeus was a boy. And that boy was raised in secrecy, destined to rescue his brothers and sisters from his father’s abdomen.

He trained to be a warrior. He trained to fulfill his destiny of overthrowing his father on the throne. It required a warrior’s bravery and sacrifice. And he did not only rescue his siblings and take the throne, he freed the Cyclops from their imprisonment as well. He freed Olympus from the tyranny and reign of Cronus. Does that not count for something?

And despite his promiscuity and the multitude of children he had out of wedlock, he typically looks out for their ongoing wellbeing and even grants them favors. He’s also fiercely loyal to those loyal to him. In addition to the Cyclops, he also freed Hekatonchieres and has even protected humans on occasion. In fact, it was to protect humans that he fought the Giants,Typhon and Echidna.
As Hemmingway once said, ‘Everything evil comes from something innocent.’ Zeus may have been innocent. At one point, he was a hero with more good than bad. He was a good hero too. But like any human, subject to extreme and terrible circumstances, the evil had its chance to outgrow the good.