Skip to content
Home » 9 Best Greek Mythology Movies: What are They? 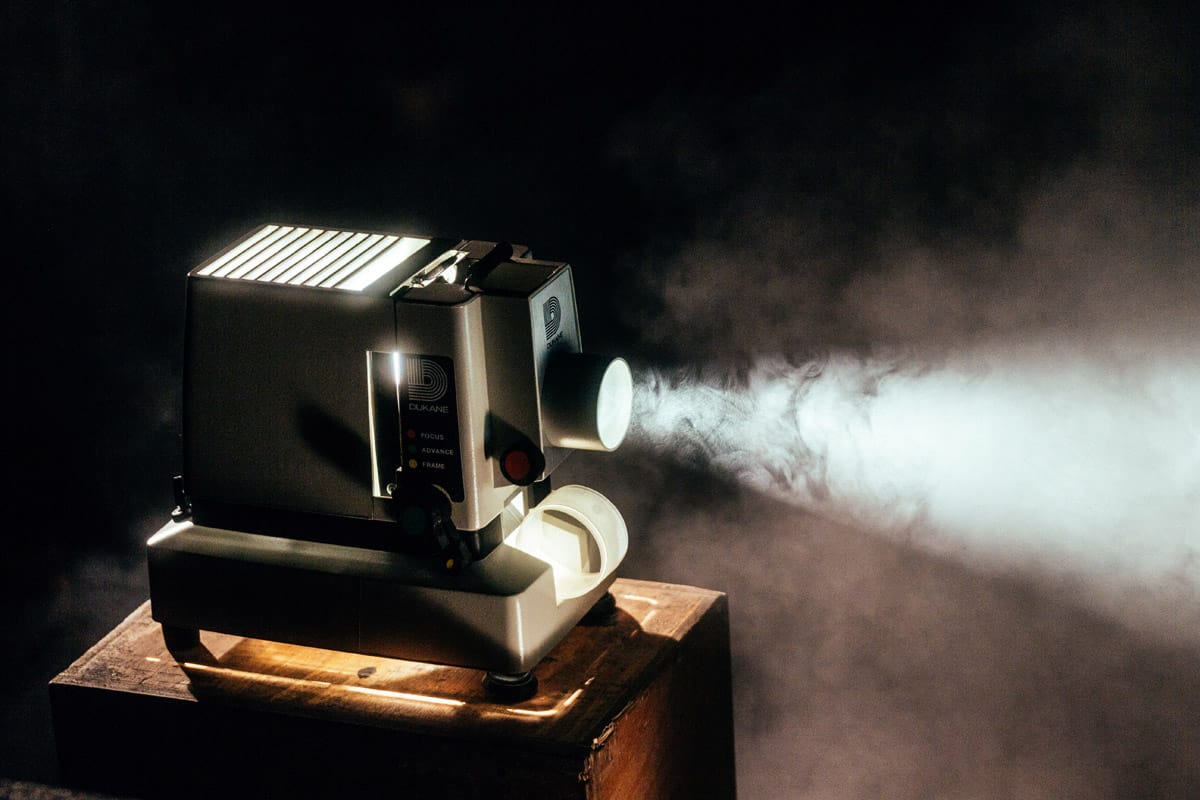 The world of Greek mythology has inspired people for millennia. And why wouldn’t it? What child doesn’t dream of finding out they’re the subject of a glorious prophecy? Who doesn’t imagine a life full of magic and fantastical creatures? But maybe more to the point, is who doesn’t feel spoken to when a group of gods, literal deities, end up being more human than humans often feel. When loyalty is met by ruthlessness and strength is met by a fantastical point of weakness, when gods have emotions like jealousy, like love, like anger and wrath, like compassion – it speaks to the hearts of mortals.

Warriors and soldiers have felt seen and empathized through the stories of Homer and Virgil. In fact, some theater-based trauma therapy programs were pulled from Greek lore to help modern-day soldiers tell their stories and engage with their emotions upon returning from deployment. Children who feel out of place may look to stories like Hercules and see themselves – a misfit with the ability to become a hero. There are countless versions of this, of being seen and understood through contemporary depictions of these old tales. These are just some of the best movies based on the ancient Greek myths.

The Best Greek Mythology Movies of all Time

Starring The Witcher and Superman actor, Henry Cavill, Immortals follows the story of Theseus. While the original myths surrounding Theseus are vast and include slaying the Minotaur, the movie doesn’t follow any one of them in particular. Instead, the movie takes the classic hero’s journey and dabbles in creative interpretation of what Theseus could have been.

Immortals follows Cavill as Theseus, attempting to thwart King Hyperion’s plans to immortalize the gods on Mount Olympus with the bow of Epirus. Ignoring the less gentlemanly nature of the OG Theseus, he is depicted as a young boy, stepping up to accept his position as a hero, and protector of his family from the wrath of King Hyperion and the gods. All of that is to say, while there is no original myth that follows this, it maintained just enough understanding of lore and tradition to make it feel like it could have been.

It wouldn’t be a complete list of the best Greek mythology movies without Disney’s Hercules. The music alone remains to be one of the most boppin’, stuck-in-your-head soundtracks Disney has ever produced. And while no one is going to tell you it’s a proper re-telling of the story (because that would absolutely not be child friendly) it does demonstrate the extent of cultural influence this myth, and Greek myths in general, have had in theater and film.

Hercules is a demi-god, raised by mortals, feeling out of place and looking for his purpose. Meg is ruthlessly witty and dripping with sarcasm. Hades, with a head of blue flames, is somehow the hero that you kind of want to root for. He is often the most sensible character in the whole movie. Add in some singing muses, and you’ve got an instant classic.

Riddled with wit and humor, sassy muses, and a classically clueless hero, what’s not to love?

While people have been doing plays of the Iliad and the Odyssey for ages, Helen of Troy is one of the first cinematic reenactments of these ancient stories. It’s also one of the only film versions that maintains quite a bit of integrity to the source material. Most of the creative changes by the directors and screenwriters had to do with building up the romance between Helen and Paris.

It follows the story of the Trojan War. And while it does cover the war in general, the focal point remains on Helen and Paris, various betrayals, and the implication that their relationship was a primary cause of the war itself.

Spurring several remakes well into the 2010s, Clash of the Titans is one of those movies that people automatically think of when they think of Greek mythology movies. Many critics and lovers of the movie have noted that it is one of the most accurate contemporary examples of the Greek deities. In fact, if honest depictions of these ancient stories is what you’re looking for, the original Clash of the Titans is probably the way to go. Its twenty-first century remakes and sequels have done a fair job of maintaining that as well.

Like many Greek myths, it follows the general mishap that occurs when someone tries to prevent a prophecy. Strangely enough, this led to the birth of Perseus and a bulk of the movie follows his growth into adulthood and many adventures as a great Greek hero.

Fun fact, this is also the movie that led to widespread confusion around the Kraken. The Kraken actually belongs to Norse mythology but it shows up as a sea monster here. As a result, much of the world now believes that the Kraken belongs to the realm of Greek mythology.

Think 1950s Brazilian dance scenes, think a musician and his muse, think magical realism and you’ve got Black Orpheus. In 1960 it won the Oscar for Best Foriegn Language film, and for good reason.

It opens on a bas relief and the audience is greeted with gentle acoustics only for it to burst open into a bright arena full of men dancing the samba and takes you on a tour through the setting town as the beautiful and bright Eurydices arrives on a steam engine. Bright colors and warmth exist to set you up for your impending heart break.

Full of music and dance and delight, it closely models the story of Orpheus – the greatest musician the world has ever seen – and Eurydice, his love and muse. And just as it crescendos into the height of an epic love story, tragedy strikes and Orpheus is left taking up the helm of the hero for what ultimately became a fruitless endeavor.

Grab the popcorn and a box of tissues – this movie warrants both.

It’s not flashy. It’s not riddled with a lot of CGI. But it is a good, grounded, honest retelling of the Trojan War. What makes it unique to the other movies on this list is its integrity to the source material and that it’s more character-driven than plot driven.

The story of the Trojan War isn’t new. But the director’s deep dive into the character’s personalities, their relationships to each other, and to the war is fairly new and unusual for myth retellings. It pulls the viewer in, committing them not only to the story, but to the characters. So be prepared, because no Greek war ever started or ended without mass tragedy.

One of the most iconic scenes is that of the Trojan Horse. A vast wooden horse, delivered as a peace offering, the people cheering, thinking the war was over. Night falls and the soldiers hidden within crawled out and turned the war in their favor as the people of Troy slept soundly. This moment of Greek myth and history went on to influence future military decisions, a specific form of computer hacking, and even created a poor name for a condom company. And in the movie,

Often remembered as that movie where Gerard Butler gets ripped and dirty in a fierce, underdog led battle, this would not be a Greek mythology list without 300. Battle of Thermopylae, both in its historical context and mythological retellings, stands as testament to the underdog, brotherhood, and the power of rebellion in the face of tyrants.

The original battle is still upheld as an example of incredible warfare tactics and the movie only served to romanticize it further.

Now hear us out for a second, we know this doesn’t follow Greek mythology in the most traditional sense. But it does belong here as a demonstration of the influence Greek lore has had on contemporary culture because O Brother, Where Art Thou? is really just a re-telling of The Odyssey.

A rag tag group of adventure-seeking individuals set out to find a treasure, faced a series of various obstacles, some of which could have been construed as divinely originated. The original Odyssey might be where we get the concept of side quests and O Brother, Where Art Thou absolutely nails that as well.

The primary difference (besides the setting and era, of course) is that this movie is far more lighthearted, humorous, and playful than its source material. The soundtrack is pretty solid too.

Percy Jackson probably strays the farthest from Greek lore compared to any other movie on this list. But it still gets a space as an honorable mention because it does something really well – it introduces the wonders and magic of Greek Mythology to a young audience and invites them in to discover more. Not to mention the protagonist starts out as a misfit kid with ADHD and dyslexia which primes him for being nothing short of relatable to most adolescents struggling with school and friends.

There are two movies in this series and while it sets up for a third, a final movie was never created. It follows a young boy, struggling to fit in, as he learns that he’s the son of a mortal woman and a Greek god. He’s sent to a training camp for young half bloods only to be thrown into classic Greek-style chaos and drama including false accusations (he was accused of stealing Zeus’s lightning bolt) and Hades kidnapping his mother. Alongside a very Breakfast Club-esque crew, Percy sets out to rescue his mother and prove his innocence.

The second movie only furthers the drama in a pale and very stretched re-telling of the myth of the Golden Fleece.