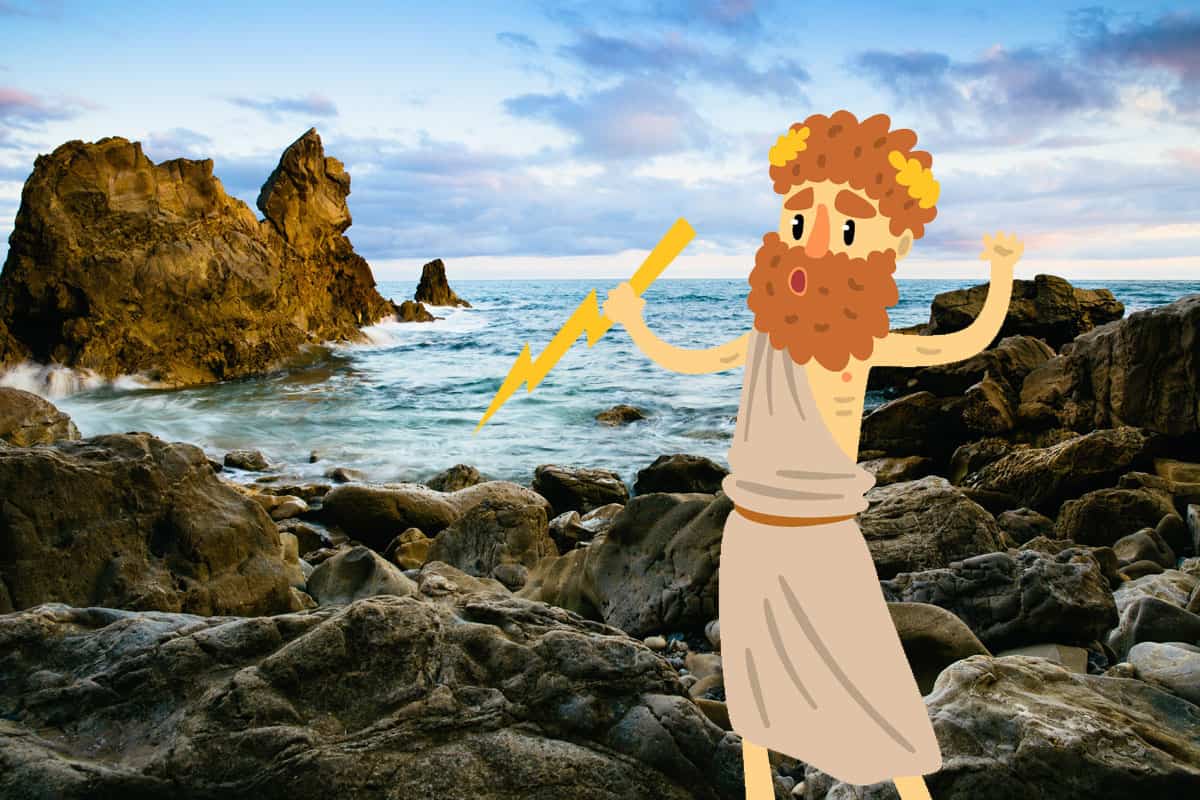 Zeus is perhaps the most well-known of Greek figures in the Western imagination, featuring in everything movies to books to videogames, but why is he so important?

In Ancient Greek mythology, Zeus is the god of the sky and lightning. More importantly, he is the king of all of Olympus’s gods after defeating their forefathers, the Titans. He is an “all-father” type figure, and he is the ruler of the Olympians. His traits are those of an all-powerful but stubborn and inflexible god who is the keystone of many myths.

What Was the Role of Zeus, and What Are Some of the Key Myths?

As King of the Gods, Zeus was the most highly worshipped, and angering him could lead to dire consequences for anyone, god or mortal. There are thousands of myths surrounding him, most to do with either his might in battle or his adventures in fatherhood. Five of the most well-known of these myths are below.

Overthrowing the Titans – Zeus was the son of two of the great Titans that ruled the world before the Olympians. His parents were the ruler of the Titans, Cronos, and his sister, Rhea. His first siblings were Hestia, Poseidon, Hera, Hades, and Demeter (though their parentage sometimes varies.) Cronos swallowed all of his children as he feared they would try to overtake him, but Rhea hid Zeus with some nymphs to kept him safe. After Zeus grew to adulthood, he forced Cronos to vomit up all of his siblings and then led them in a battle against the Titans to control the world.

Leda and the Swan – Leda, daughter of King Thestius, was admired by Zeus, who decided he must have her. He disguised himself as a swan and flew down to her, sheltering from an eagle attack in her arms. That night, still in swan form, he either raped or had consenting sex with her (depending on the myth) on the same night as she slept with her husband. From this union came the egg from which hatched the infamous Helen of Troy, twins Castor and Pollux, and Clytemnestra. It is debated which of these are Zeus’s children (and half-immortal) and which of them are fully mortal.

The Birth of Athena – Athena was the favorite daughter of Zeus, perhaps because he was the one that birthed her! As the story goes, he got his first wife/consort Metis pregnant, then feared his child would overthrow him as he himself had overthrown his own parents. To prevent this, Zeus swallowed Metis. However, Metis’s pregnancy continued, and after he took his seventh wife (Hera), he got a terrible headache. This headache resulted in the goddess of wisdom Athena being born, fully adult, from his forehead.

Prometheus – A son of the Titans Gaia and Uranus, Prometheus sought to bring knowledge to mankind. However, when he confronted Zeus about keeping it from them, Zeus claimed he was not keeping them ignorant, but rather innocent, and forbade Prometheus’s interference. Prometheus ignored his warning and brought fire to humanity. Zeus punished him by tying him up on a mountaintop and having vultures eat his liver, which continually regrows for eternity.

Pandora – As part of a continuation of Prometheus’s story, Zeus ordered the creation of Pandora, the first human woman, and gifted her to Prometheus’s brother Epimetheus as his wife. She was gifted by all of the gods, but the trickster god Hermes at Zeus’s behest granted her a box she could never open…and curiosity. Pandora eventually opened the box as Zeus had planned, releasing all of humanity’s evils into the world, except foreboding, which she trapped by slamming the box shut.

Why is Zeus Worshipped?

As mentioned above, Zeus is the king of the gods. Though often not the favoured individual god of Greek worshippers, he would often receive their veneration nonetheless to avoid his wrath. Zeus is famously known as a jealous, vengeful god. However, he is also often portrayed as a fair if flawed judge. After his defeat of the Titans, gods and mortals willingly pledged their allegiance to him.

Zeus is also the brother or father of almost all other Olympian gods, meaning he has a special status by blood connection. His children included (depending on the myth) Aphrodite, Apollo, Athena, Ares, Artemis, Dionysus, Hephaestus, Persephone, Perseus, and many more.

His sky and thunder powers meant that Zeus was worshipped specifically for meteorological reasons; people would pray to Zeus for good weather. For this, he was sometimes worshipped alongside the goddess Demetra for good farming weather. He later became regarded as a fertility god because of his innumerable children begotten on immortals and mortals.

It’s easy to dismiss Greek mythology as a thing of the past. However, it is still very much an important religious and cultural touchstone worldwide – and Zeus is very much at its forefront. There are still some pagan followers of traditional Greek myth, but more important is how Zeus has entirely captured humanity’s imagination. Many traditional images of the Christian God, for example, are borrowed from portrayals of Zeus.

He’s also an important character in many forms of modern Western media, from literature (Percy Jackson, several romances), to movies (Clash of the Titans, Hercules), to videogames (God of War, Hades).

Zeus’s Roman form, Jupiter, is also very important these days – after all, it’s the name of one of the planets! Io, Europa, Ganymede, and Calisto, the four most known moons of Jupiter, are all named for myths involving Zeus. It’s also where many Romance languages take their name for the day of the week Thursday – from the epithet Jove. In Greece, the planet is known as Dias, one of Zeus’s epithets in mythology, representing his position as king of the gods.

Who was Zeus’s Wife?

Though many early myths have Zeus with various wives (though no more than seven), his queen and only permanent wife was Hera, who was also his older sister. Hera is the goddess of family, and she is often portrayed as an extremely jealous goddess – and no wonder! Zeus’s constant philandering is a source of conflict with Hera in many myths. A number of them focus on how she punishes the mortals with whom her husband consorts.

In some stories, she attempted to rebel against Zeus but was defeated and made to swear her loyalty. As well as his affairs, Hera and Zeus often argued over intellectual matters, including whether men or women preferred sexual activity. Quick to anger, Hera was known to retaliate quite forcefully if she lost one of these debates, both against her husband and any other unfortunates unlucky enough to be involved!

One of Hera’s sons, either conceived with Zeus or conceived by herself out of spite because Zeus birthed Athena, was the god of fire Hephaestus. He was born lame in one leg and considerably ugly compared to the other gods. In disgust, Hera threw him off a mountain. Despite this, Hephaestus went on to become Aphrodite’s husband.

There’s no doubt that Greek lore is one of the most persistent mythologies to continue throughout the western canon and beyond. Documentaries, literature, television shows, videogames, and more have been developed and continue being developed around them.

Just in 2020, the Indie Game of the Year was Hades, and Netflix released a series named Blood of the Gods. At the center of all of this is Zeus, the king of the gods, father of the gods, rules supreme – right where he always wants to be.

Bonus – The Myth of Icarus and Daedalus