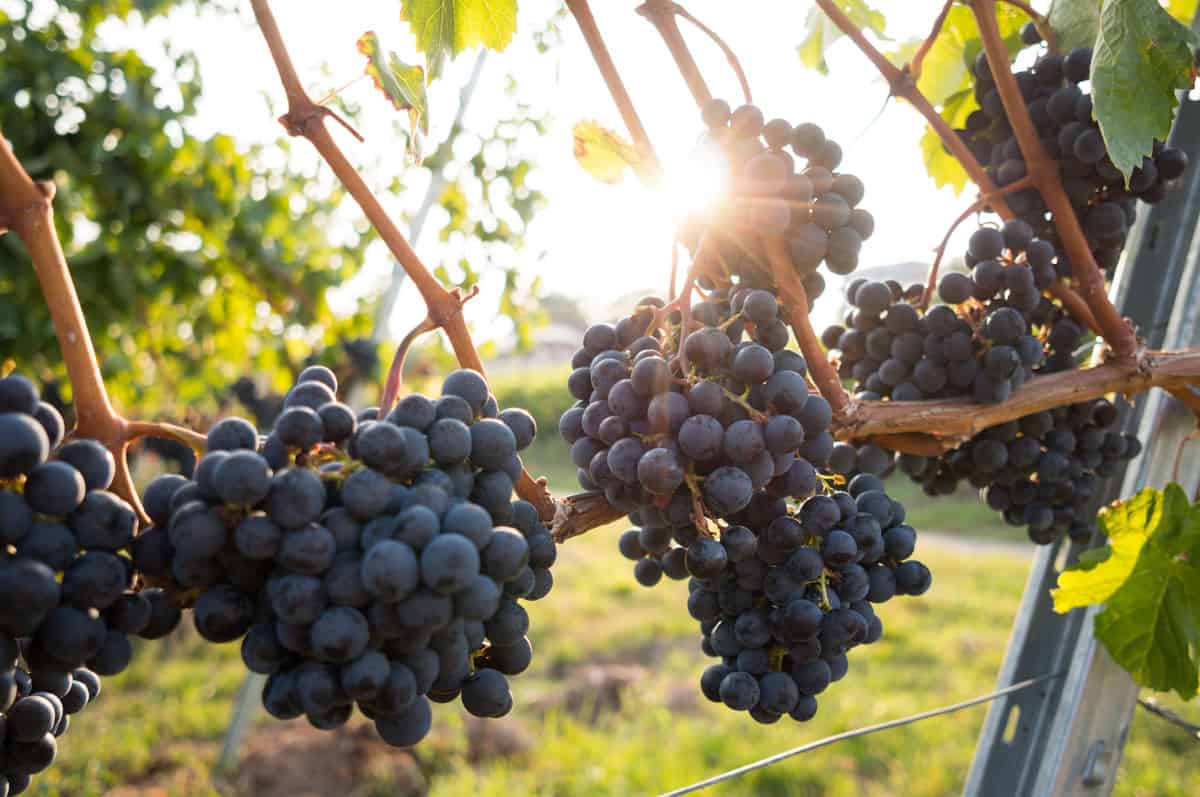 Botanics have always held the interest of those interested in nature and the creation of life. It’s no surprise, then, that the Ancient Greeks had several important mythological explanations for the origin of a number of different plants and flowers! Some were previously gods and goddesses, some humans, and some sprung from even more surprising sources!

The following list is not even nearly a complete summary of all the exciting and vital plants and flowers from Greek myth. However, the number mentioned here are some of our favorite and most interesting plant-based origin stories!

These blood-red perennial spring flowers are named for anemos, the wind, which carries their seed. They were created by Aphrodite in her grief upon finding the body of her human lover, Adonis. Adonis had been killed by a ravaging boar, and while Aphrodite wept over his body, his blood on the grass transformed into the flowers.

After the nymph Smilax was turned into a vine or bindweed, his lover Crocus appealed to the gods. Crocus became a companion and lover of Hermes, the messenger god. Crocus was later accidentally killed by him when they were playing discus. Hermes was distraught and reunited Crocus and Smilax by turning Crocus into a flower. The red on the stem is his blood.

Hyacinthus was a Spartan prince and a male lover of Apollo. He was loved by many other gods, including the personification of the wind, but he always chose Apollo. Like Crocus, Hyacinth was killed in a discus game, possibly deliberately by a vengeful wind god. Apollo wanted to become mortal and die with him, but instead, he turned his blood into flowers.

The sun god Apollo once mocked Aphrodite’s son, Eros. In revenge, Eros shot him with an arrow that caused Apollo to fall in love with a river nymph named Daphne. Daphne had sworn herself to perpetual virginity and refused him. Apollo chased her around the world until Daphne begged her river-god father for help, and he changed her into the laurel tree. Apollo then took her wood to make his lyre.

Minthe was a nymph who loved the god of the dead, Hades. He may or may not have reciprocated her affection. Still, either way, she bragged of her superiority to his wife, Persephone. In her anger and in retaliation, Persephone (or sometimes her mother, Demeter), transformed Minthe into a mint tree.

Athena and Poseidon competed over the city, which would become Athens in a contest judged by humans. Poseidon’s gift was a saltwater spring raised miraculously from the ground. Athena responded by creating the first olive tree. She won the competition and the love and praise of the Athenians.

Myrrha, or Smyrna, was cursed by Aphrodite in response to her mother’s boasts that her beauty was more significant than the goddess’s. Aphrodite caused Myrrha to fall in love with her own father. Myrrha went to him and slept with him, and became pregnant. When he found out her true identity, he tried to kill her. Aphrodite took pity on her and turned her into the myrrh tree, in which form she gave birth to Adonis.

When the nymph Echo fell deeply in love with the handsome human known as Narcissus, he scorned her altogether, and she fell into misery. He treated other potential courtships similarly, believing himself too beautiful for them. In her form of Nemesis, Aphrodite punished him by cursing him so that he would fall in love with his own reflection. Narcissus eventually wasted away, unable to leave the pond, and became the flower.

The pomegranate fruit was important as a symbol of fertility and marriage and played a role in several myths. The most significant of these was the myth of Persephone, who was captured by or eloped with Hades to the Underworld against the wishes of her mother, Demeter. Persephone ate six pomegranate seeds in the Underworld. As a result, she was bound to spend six months of the year there rather than ever returning to Olympus full time.

The mortal woman who became the Gorgon, Medusa, was cursed by Athena after being raped or seduced on the floor of one of Athena’s temples by Poseidon. Poseidon’s attempts to seduce Medusa started in a garden of rock roses. There were sometimes flowers decorating the floor in depictions of the event when they eventually lay together.

The herald of the gods, Hermes, was born of the eldest Pleiad nymph Maia and Zeus, king of the gods. He was born under a strawberry tree. A few hours after his birth, he was already cognizant enough to trick his cousin, Apollo, by stealing his cattle. Later, he brought Hera strawberries after tricking her into breastfeeding him in place of her own baby to prevent her wrath.

Apple trees were significant in several different myths, especially those involving Hera. One of the most well-known stories is that of Eris’s apple, the apple of discord. Eris offered it to the fairest goddess, and Aphrodite, Athena, and Hera all tried to claim the golden apple. Zeus intervened before it could turn into too much of a fight, and they were sent the human, Paris. He eventually judged Aphrodite as the fairest. Hera and Athena’s vengeance for this slight led directly to the Trojan War.

The three-headed dog of Hades, Cerberus (or Kerberos), was the fearsome guardian of the Underworld. He was once captured by Herakles, who faced him down. When Cerberus drooled while facing the demigod, his spittle landed on the earth and became the aconite plant. Aconite was also the deadly plant used in the attempted poisoning of Theseus by the devious queen Medea.

This flowering herb was said to grow in the Asphodel Meadows in the Underworld. It is a spring-blooming flower and would bloom when Persephone was outside of the Underworld. The souls of the ordinary dead were sent to the Meadows, where they would harvest the asphodel as food. The two other prominent circles of the Underworld were the Elysian Fields (“fields of joy”) or Elysium, where heroes spent eternity, and Tartarus, an abyss for the most wicked.

Barley was an essential crop to Demeter, the goddess of agriculture. In one story, she was famished and thirsty and stopped at the home of Mimse, a farmer. Mimse gave Demeter a barley drink to sate herself. When Mimse’s son, Ascalabus, saw Demeter, he began to mock her for her hunger. Demeter responded by turning the boy into a lizard by sprinkling the drink upon him.

Apollo fell in love with Evande, a daughter of Poseidon, who was raised by Aepytus. When Evande became pregnant, Aepytus mocked her for it since she was unmarried. She gave birth to a son, Iamus, and Apollo sent the goddess of childbirth (Eileithyia) and the Fates to serve as her midwives. After the baby was born, Aepytus forced Evande to abandon the child. When Aepytus found out that Iamus was Apollo’s son, he sent people to bring the child back. He was found amongst a bed of violets, for which he was named.

Fennel features prominently in the myth of Prometheus. Prometheus was a Titan who modeled humanity from clay and who stole fire to introduce it to humankind. To sneak the fire past the watching eyes of the gods, he hid it inside of a fennel stalk. Zeus was furious when the deception was discovered and punished Prometheus to eternal torture. He was chained to a rock and his liver was repeatedly eaten by an eagle and then healed in an endless cycle.

Leucothoe was the daughter of Orchamus, King of Persia, and the lover of Helios, the personification of the sun. Orchamus discovered Leucothoe’s relationship and burned her to death in retaliation for her lost honor. Though she died before Helios could save her, the god intervened and sprinkled her with fragrance so that she could live again as the frankincense tree.

Clytia was a spurned lover of Helios who revealed the relationship between Leucothoe and the sun god to Orchamus. After Leucothoe’s death, Helios still didn’t want Clytia, and she pined away on the ground, neither eating nor drinking, continually staring at the sun. Eventually, she transformed into the heliotrope, flowers that follow the sun as longingly as she once did.

Dionysus created the first grapevine and used it to introduce humanity to the art of winemaking. He also transformed his childhood nurse, Ambrosia, into a vine when she was killed. His lover, a Satyr who was named Ampelos, was slain by a wild bull. Like Ambrosia, Dionysus honored Ampelos by transforming him into a grapevine so that he could live forever.

Greek mythology found its way into many aspects of ancient Greek life, especially anything involving the natural world. It should there come as no surprise that there are many myths and stories from Greek myth associated with these plants and flowers.

Hope you found the article useful, please comment below!