Skip to content
Home » 8 Best Greek Mythology Board Games: What Are They? 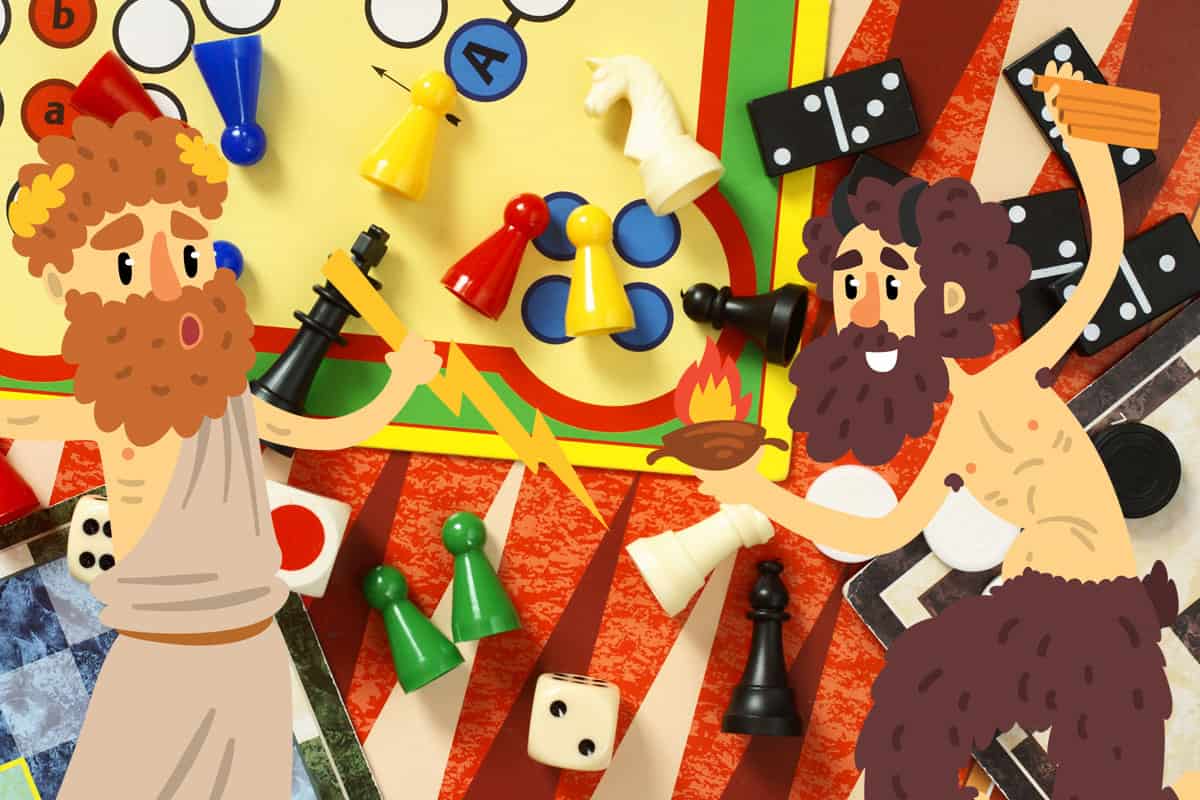 The Greeks have a drama, theatrical disdain, and general chaos so unique to them it inspired generations of comedies, dramas, thrillers, and more.  From books to movies to graphic novels, and yes, to board games.

Whether you’re playing a game like Cyclades that’s all about ensuring you appease and gain the favor of Zeus or you play High Heavens in which you take charge of the entire pantheon, the games are sure to delight anyone who has ever cackled at the general tomfoolery that makes up Greek mythology.

From two player games to board games perfect for a group game night, the creators of the games below both wove in the mythology of the Greeks and created quality games with massive replayability.

The Best Greek Mythology Board Games on the Market

The mission? To build two cities on the island of Cyclades. But in order to do so, players must demonstrate their worth to the gods. Without their support, their endeavor will be fruitless. But having the favor of just one god is not enough.

In this game, players will be competing against other builders to win the favor of Zeus, Ares, Poseidon, Athena, and Apollo. Each one grants players different skills and benefits that will aid them in building their cities. Each favor is necessary to win so play wisely and make offerings accordingly.

Poets like Homer and Hesiod will write the story of the epic journeys accepted in this game and enshrine them in history. In this board game, each player is a demigod, out to become a legend and take up their place amongst the gods.

Played in five phases, players will collect sets of powers, tools, weapons, heroes, and even gods. They will use these to write their own legendary story. The player with the most epic story pleases the gods and ultimately wins a seat next to Zeus.

This is the game for anyone who has ever wondered what it would be like to command a god. In Mythalix, each player selects a god to command but this is also where the strategy beings. Each god comes with different powers and skills, advantages and disadvantages. Over time, players are attempting to make their deity stronger so they can defeat the other deities.

Each player is attempting to gain four Elements but the only way they can do that is by defeating another god (i.e. player) or an Elemental Alter. Mythalix combines tactical land building strategy, power acquisition, and battle opportunities. The winner is the first player to acquire four elements to make the Mythalix!

Take the Norse gods to test. High Heavens sets the Norse gods against the Greek gods in an epic battle. To be defeated is the ultimate end. But to win is a crowning glory. Each player in this two-player game accepts the role of one of the Pantheons and their goal is to remain undefeated. Through card drawing, piece placement, and shifting opportunities for play, each game is different.

High Heavens is also a great game for players just getting into tabletop wargames and younger players who are still developing their strategic thinking skills.

Athena and Hades are at war which has put the already turbulent Mount Olympus into complete turmoil and chaos. Each player becomes a general of one of the armies and is tasked with bringing their god to victory. While the average play time may be short, it’s packed with action, imagination, and of course, the struggle for victory.

What makes this game particularly unique is that it combines elements of board games, miniature games, and card games to provide a full experience. This means you can play as two armies battling each other or initiate your own campaigns. The game is flexible enough to do both!

6. The Heavens of Olympus

Players have five days to please Zeus by building the greatest universe or heavens for him to gaze upon from his seat on Mount Olympus. Played over the course of five phases, each player is striving to gain Prestige Points which are awarded by Zeus at the end of each phase.

This game is more mythology adjacent but also more family-friendly. It may be a great game to teach younger players strategic thinking skills too! The goal of Santorini is to build up the island as you move across the board but of course, your opponent is trying to do the same. Building in a way that helps you move while also obstructing your opponent is the key to success. For an added element of surprise and challenge, each player is given ‘god powers’ or unique abilities that disrupt gameplay. But this also means the game will never get boring!

With a shorter duration of play than some of the other games on this list, Santorini is great for late-night games of times when you want some quick, low-commitment fun.

7 Wonder Duel Pantheon is listed as an honorable mention primarily because it isn’t a standalone game. It’s an expansion pack to the original 7 Wonders game.

That said, it still deserves a place on this list as it introduce new skills of divinities creating a whole new aspect to the game. In Duel Pantheon, five new divinties are established, each from a different mythology including the Greeks.

Battle it out with your opponent to ensure the success of your civilisation with the support of divine intervention.