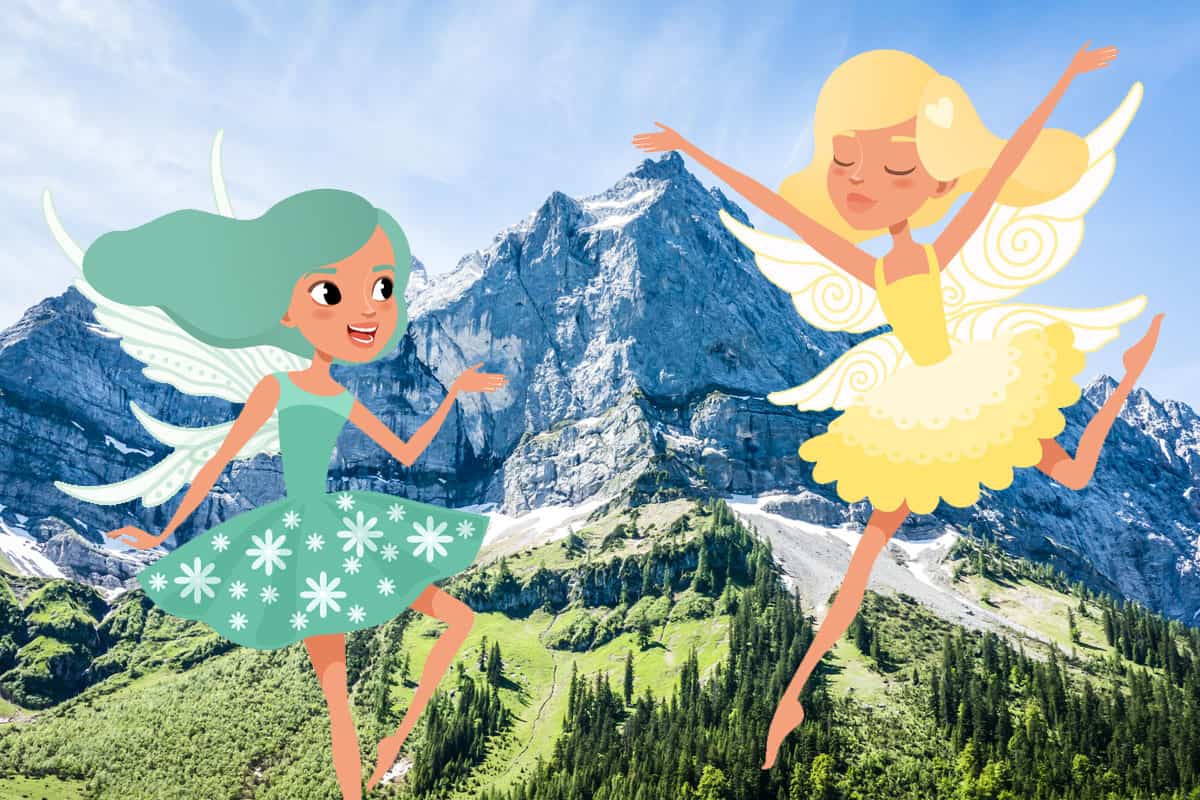 Pixies are small mythical creatures commonly found in British and Celtic Folklore and modern fantasy. While typically understood to be only about 4 inches (10.16 cm) tall, these diminutive beings possess magical and non-magical abilities that far exceed their stature.

Pixies have numerous powers and abilities, including shapeshifting, flying, and the possession of additional magical and non-magical powers like immortality and a connection to nature and animals.

Pixies Have the Ability To Shapeshift

One unique ability that pixies possess is their ability to shapeshift. While the degree to which they shapeshift differs based on the source, this ability is described over various resources.

Some accounts state that pixies’ ability to shapeshift is limited only to their size. While they usually stand only between 4 and 6 inches (10.16 and 15.24 cm) in height, they can increase their size to that of a large human being.

Other sources suggest that pixies can shapeshift not only their size but temporarily transform into different animals and beings entirely.

Again, the type of animals they can transform into is up for debate, but some resources state that pixies can trick people into believing they’re human beings or animals of up to medium size.

But pixies have a particular affinity for transforming into small animals and insects, particularly hedgehogs, widely believed to be their favorite secondary form.

Pixies are said to have beautiful wings that resemble those of insects, such as butterflies and dragonflies.

While some original depictions of pixies were shown without wings, they’re almost always portrayed with wings in modern folklore and fantasy.

Not only do these wings give them the ability to fly, but they’re also able to pass on the ability of flight to others when they sprinkle them with pixie dust.

Pixie dust is said to be a substance produced by their wings and the potential source of their ability to fly.

While pixies only produce a small amount of pixie dust per day, they can share their ability to fly with other wingless creatures when they collect enough of it.

However, there are limits to this magic, and pixie dust only grants the individual or animal the ability to fly temporarily, making them land-bound once again when the pixie dust wears off.

In addition to their abilities to shapeshift and fly, pixies possess a number of other magical powers.

The powers most commonly recorded are those that can affect the behavior of humans through their use of charms and magic.

Pixies Sometimes Use Their Magic on Humans

If a human is lucky enough to befriend a pixie, they’re said to be quite generous, offering gifts such as intelligence, kindness, and wealth and having an overall positive impact on their life.

Pixies have been known to help humans fall in love. There are stories of pixies encouraging love interests towards their human friends and blessing their marriages.

Pixies are also said to love fun-filled parties and dancing, particularly dancing deep in the forest, under the moonlight.

They use their magical abilities to attract and lure women and children to join them in these moonlit dances.

While they typically use their magical powers for good, they’re also known to have a mischievous side, sometimes leading travelers astray and playing harmless pranks.

Some travelers recall wandering around in the opposite direction of their intended destination for miles at a time.

Pixies are also said to have the ability to recognize when others are shapeshifting. Being shapeshifters themselves, they can spot this power in others and see them for their proper form.

Pixies are a member of the fae family, and as such, they’re nearly immortal. They have some weaknesses, but they don’t die of natural causes like age or disease.

However, pixies are extremely sensitive to iron and have an intense physical reaction when they come in contact with it.

In fact, sustained exposure to iron can kill pixies. It’s for this reason that pixies can’t live in cities.

The extensive metals present in cities have a weakening effect on pixies and ultimately drains their lifeforce.

This is one of many reasons you’ll find pixies residing deep in nature.

In addition to their many overt magical powers, pixies are unique in their affinity for nature.

They’re said to love gardens, especially flowers, and have an almost magical ability to help plants grow and brighten the foliage of the nature in which they reside.

When pixies move through nature, they can do so without disrupting a single piece of the natural world that surrounds them.

Pixies are known to be kind and thoughtful creatures, with high functioning societies that look out not only for themselves but the needs of others.

They’re believed to support other small fae species and have helped defend them and band together when needed.

Additionally, pixies have a calming presence towards animals and can even make wild animals seem tame.

Of all animals, they have a particular affinity for horses. There are numerous accounts of pixies riding around the countryside in horse’s manes, leaving evidence of this with horses returning home with rumpled up manes from where the pixies were hiding.

Pixies are small but mighty mythical creatures that possess a number of magical powers and abilities.

They have the ability to shapeshift and are especially fond of turning themselves into hedgehogs.

Pixies can also fly, thanks to their insect-like wings, and can temporarily offer this ability to others through the use of their pixie dust.

Said to love flowers and gardens, pixies have an innate ability to connect with animals, especially horses, and positively affect growing plants.

They can also use their magical powers to affect the behavior of humans for both good and mischief. 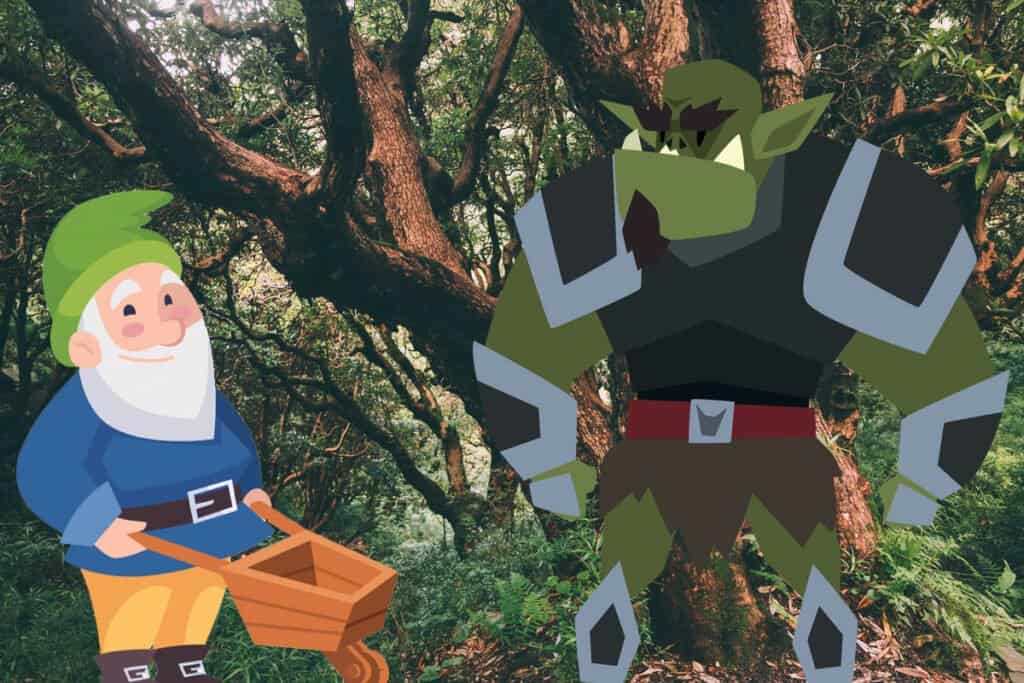 Gnomes vs Goblins: What is the Difference? 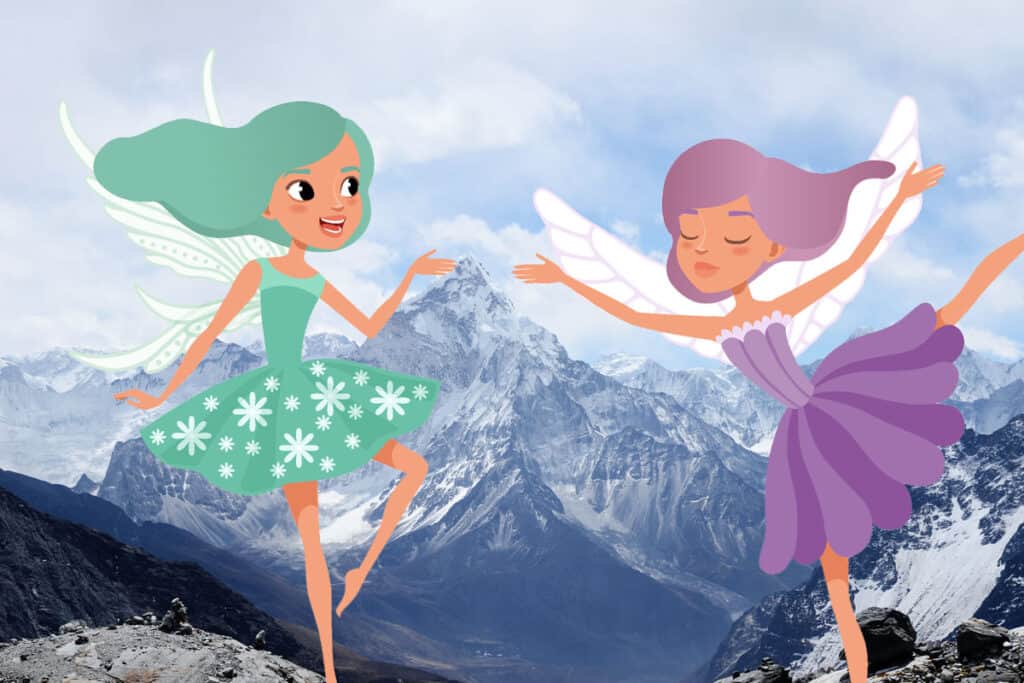 Pixies vs Fairies: What is the Difference?

Pixies and fairies are both figures from mythology and folklore. In modern stories, they’re usually …