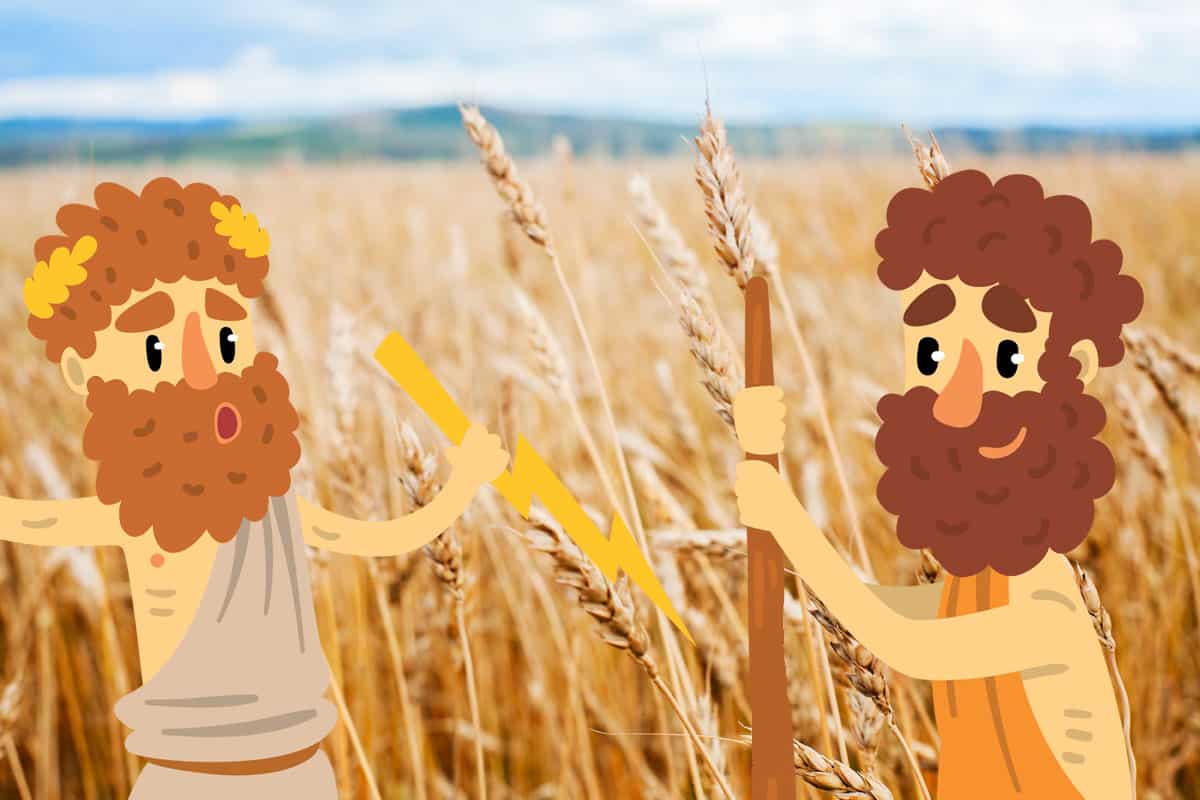 Hypothetical questions can act as great ice breakers and conversation starters when meeting new people and is also a great way to spend a few hours with your friends. Among the easiest ways to come up with a fun hypothetical is to try and compare to figures who have never interacted previously – like Zeus and God from Christianity.

In Greek mythology, Zeus is the king of the gods and rules over the skies, thunder, and lightning. God in Christianity is the Supreme Being who created the universe and rules over everything. He is omnipotent, omnipresent, and omniscient, which means he is stronger than Zeus.

In this article, I’ll compare God in Christianity to Zeus from Greek mythology. I’ll look at their origins, appearances, powers, and personalities and explain why God would be the stronger of the two.

Zeus is a figure from Greek mythology. He is one of the twelve Olympians – the most important Greek gods – and is the king of the gods. He is also the god of the skies, thunder, and lightning and is related to the other Olympians.

Zeus is the son of the Titans Cronus and Rhea and the brother of Hestia, Hades, Demeter, Poseidon, and Hera (who is also his wife). Through his marriage to Hera, he is the father of the gods Ares and Hephaestus. He also has several other mortal and godly children from his many affairs, including Athena, Apollo, and Artemis.

As mentioned above, God is the Supreme Being in Christianity. As Christianity is a monotheistic religion, there are no other gods in the Christian pantheon like there are in the Greek pantheon.

In certain Christian denominations, God is expressed as the Trinity of God, the Son, and the Holy Spirit, each of which is an aspect of God. He is also the “father” of Jesus Christ, though most denominations accept that Christ was a figure in whom God’s divine nature was united with the human nature of mortals and that this event was unique.

Greek art and sculpture generally depict Zeus as an older man. He is almost always bearded, which adds to his aura of maturity. This older age is in contrast to many other Greek gods and was likely chosen as a way to denote Zeus’s status as the king of the gods. Additionally, most depictions of Zeus tend to show him with one (or both) of his two most important symbols, the lightning bolt and the eagle.

God is described as a brilliant light in the Bible – 1 John 1:5 states, “God is light; in him there is no darkness at all.” Additionally, in Hebrews 12:29, it is said that “God is a consuming fire.”

Aside from metaphorical descriptions of God, the Bible does mention his physical appearance. In Genesis 1:26, God says, “Let us make mankind in our image,” implying that God’s physical form resembles that of humans. In art, God is generally depicted as an older man with white hair and a white beard, wearing a flowing white robe.

Zeus is the closest thing to an all-powerful god in Greek myth. He has power over his domains – the skies, thunder, and lightning – and as the king of the gods, can command the other gods. Additionally, he can shapeshift, change the form of other beings (like when he transforms Io into a cow), and grant powers to the other gods (what he grants Artemis her powers over childbirth).

He can also cast judgment over the other gods and strip them of their powers if needed. For example, he sentences Apollo and Poseidon to serve the mortal king of Troy, Laomedon, and build the city’s walls after they offend Zeus.

However, it should be noted that though he was almost all-powerful, he was not truly unbeatable. In one story, the gods Poseidon, Athena, and Hera working together were able to defeat and nearly depose him. Zeus was only saved due to the intervention of the nymph Thetis and the Hecatoncheire Briaraeus.

In the Bible, God was all-powerful. He was the creator of all things in the universe, including heaven, earth, and hell. Additionally, he was omnipotent and omniscient, knowing all things that were, are, and will be.

Some denominations of Christianity also believe that everything that has happened and will happen has been willed and decided by God, and all events are predestined – which means God controls every event in the universe.

As the king of the gods, Zeus is fair and just. However, like other Greek deities, he’s also quick to anger and can be extremely cruel when crossed. In one story, he sentences the Titan Prometheus to eternity chained on a rock, having his liver eaten by a vulture during the day. His liver would regenerate at night, restarting Prometheus’s torment again in the morning.

In Christianity, God is all-loving and all-forgiving. All sins a person makes can be forgiven by God if they are acknowledged and the person truly repents of their mistakes.

At the same time, God is not above cruelty of his own. For example, if he is omniscient and everything is predetermined, it can be argued that Satan only exists because God allows him to. Furthermore, God often tests his chosen ones – in the Book of Genesis, Joseph is sold as a slave and imprisoned after his brothers plot to kill him. God also orders Abraham to sacrifice his son Isaac and causes untold sufferings to Job as a way to test his faith in God.

While both God and Zeus have numerous powers, there is no doubt that the God described in the Bible is the stronger of the two. Though Zeus was powerful, he was defeated by the other Greek gods working together and was not omniscient.

On the other hand, the God from the Bible is all-powerful and knows everything. Unlike Zeus, there is never a question of God being overpowered by another celestial being – even Satan exists only because God permits him to.