Skip to content
Home » Why Did Aphrodite Hate Psyche? 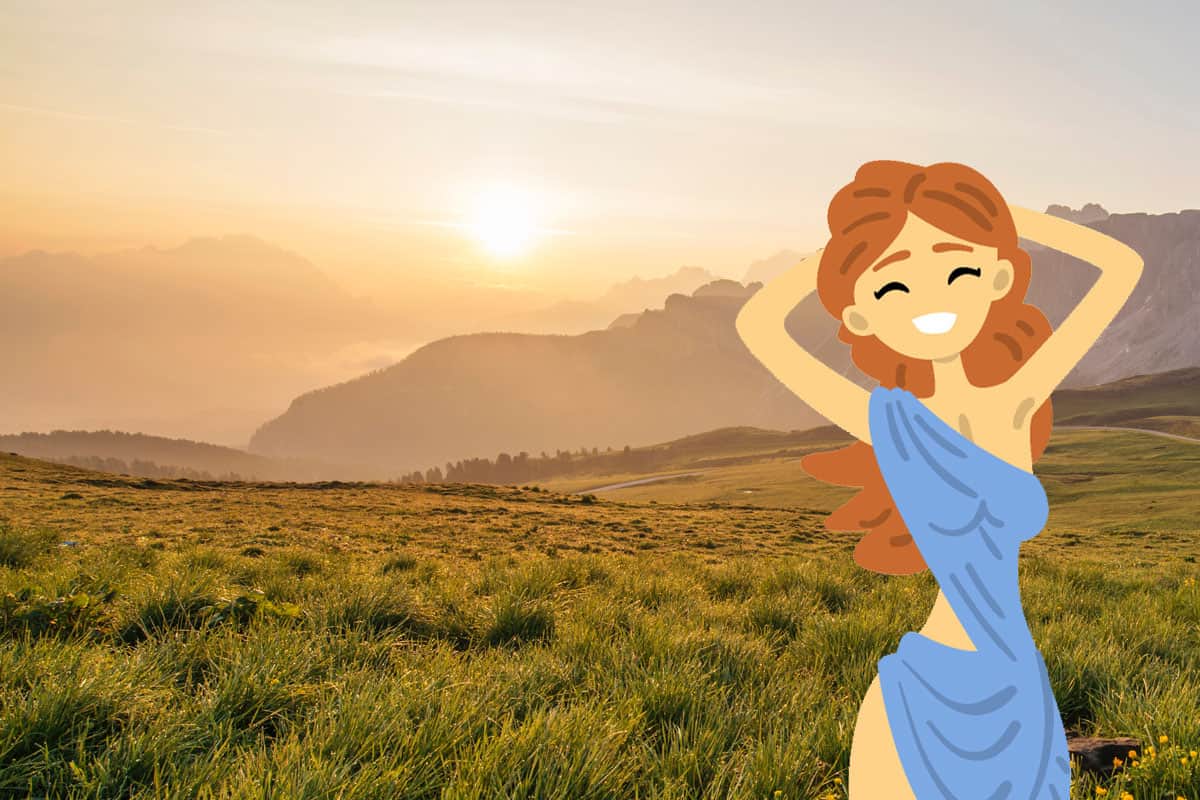 The infamous Aphrodite was a sight to see. In countless tellings of Greek myth, Aphrodite is always described as the most beautiful of the gods. She had the power to make any gods or humans fall in love with anyone she wanted. So why would she go out of her way and hate the
mortal human princess Psyche? Psyche was the only person who was ever compared to Aphrodite’s beauty – and this sent Aphrodite on a spiteful rage.


Why Did Aphrodite Hate Psyche? ​Psyche was so beautiful that people began worshipping her in place of the goddess Aphrodite. Aphrodite was so enraged and jealous that she ordered Eros, god of love, to make Psyche fall in love with an ugly monster.


However, Aphrodite’s plot would not go according to plan. When Eros laid eyes on Psyche he immediately fell in love. Furious with the news, Aphrodite would give Psyche four difficult tasks to complete. Psyche would endure the most arduous demands that would challenge her wit,
mental strength, and will in order to prove her love for Eros to Aphrodite.


Psyche was the youngest daughter of the King and Queen and by far the most beautiful. People would come from all over to gaze upon her beauty. In fact, people were so astonished by her beauty that they began gifting her with flowers and wreaths as she walked through the streets.

Eventually, people stopped worshiping Aphrodite due to their new found admiration of Psyche. Psyche’s father visited the Oracle at Delphi when she became of marrying age. The Oracle informed him that he must take his daughter to the mountaintop, and leave her there, and that one day her husband would carry her away with powers comparable to the gods. Although Psyche’s father was concerned, he knew he had to carry out the plan of the Oracle.


The next day, Psyche and her family climbed to the mountaintop and gave their teary-eyed goodbye. Soon after their departure, Psyche felt herself lifted into the air by a gust of wind, which carried her to a beautiful and elaborate palace. That night, Eros came to her. But it was dark and she was unable to see his face.


He spoke to her with kind words, sweetly and softly. He explained to her that she must never try to see his face, or else he would have to leave her. But she quickly fell in love with his voice and promised that it would never be an issue. As time went on, Psyche began to miss her sisters and asked Eros if they could come visit her. He told her it might be dangerous and reluctantly granted her wish. Psyche’s sisters would enter the gorgeous castle and immediately feel jealousy towards Psyche, especially when they learned that she had a husband now as well. They relentlessly interrogated Psyche with questions about her husband. She could not admit she had never seen his face, and finally after
their insistent probing, Psyche told them the truth.

Together the sisters came up with a plan. They instructed Psyche to have a dagger and an oil lamp in order to get a good look at her husband’s face when he is fast asleep. When Psyche saw how beautiful of a man he was, her hands shook, causing her to drop a bit of oil onto Eros’ shoulder. When he realized Psyche broke her promise to him, he said in despair, “Where there is not trust, there cannot be love”, then got up and left.


What Was the Relationship Between Aphrodite and Eros?

Let’s back up – who are these gods? Aphrodite, the goddess of love, beauty, and fertility was born from the foam of sea. She is said to have emerged from the sea foam after her father, Uranus, was cast into the ocean after his own son, Cronus, castrated him. However, Aphrodite is more commonly known to be the offspring of Zeus and Dione.


While Aphrodite is married to the smith god, Hephaestus, she was faithless and had many lovers. One of her affairs was with the god Hermes, who is said to have fathered her son Eros (also known as
Cupid by the Romans). Eros was the god of love, symbolized with his quiver of arrows that once shot with could make anyone fall in love. He is usually depicted as a handsome young male or even a child, often accompanied by his mother, Aphrodite.


What Were The Four Tasks Aphrodite Assigned to Psyche?

Once Aphrodite learned that her son had disobeyed her orders, she directed her rage at Psyche. Aphrodite gave Psyche four incredibly difficult challenges, hoping to make the young princess miserable. But little did Aphrodite know, her son would help Psyche in mysterious ways through his godly powers.


For the first task, Aphrodite dumped an enormous amount of many different types of seeds in front of Psyche. The goddess instructed the princess to sort the seeds into individual piles by sundown. Flustered, Psyche began the task at once, knowing it would be impossible to
complete. But to her surprise, an army of ants started helping her sort each seed into their respective pile! This only made Aphrodite more determined to make Psyche suffer, so she decided the next task would be harder.


For her next task, Psyche would have to collect wool for a golden fleece from terrifying flesh-eating beasts who lived amongst thorn bushes. Aphrodite knew that it was certain death for someone to come that close to the beats. But before she entered the forest, a tree whispered to Psyche to wait until dusk when the beasts would be asleep. That way Psyche would be able to take the wool that stuck to the thorns in the bushes instead of the monsters themselves. Aphrodite was furious.


Determined to make Psyche crumble under the pressure, Aphrodite assigns her an unthinkable task. ​Aphrodite gave Psyche a flask and told her to fill it with the water from a strong and fast running steam – A stream that cascaded from atop a mountain, into the Underworld, and out through the Earth where the edge was guarded by dragons. But without fail, an eagle arrived just in time to help Psyche fill her flask.


The final task would be the most difficult of all – traveling to the Underworld to retrieve a box full of ointments and beauty from Persephone. Aphrodite instructs Psyche that she must not look in the box, no matter how tempting. Knowing that only the dead are allowed entry into the
Underworld (or perhaps form sheer exhaustion), Psyche gets ready to throw herself off a cliff – but a sweet and soft voice stops her. It tells her another way to enter the Underworld, and she successfully retrieves the box. But true to her nature, Psyche sneaks a peek into the box – and it is empty! Instead, she is forced into a deep sleep.


Fed up with Aphrodite’s demands, Eros flies to the Psyche in distress and wakes her up with one of his arrows. He tells her to deliver the box to Aphrodite. In the meantime, Eros goes to Zeus and begs to help Psyche escape Aphrodite’s rage. After witnessing Psyche’s obedience and dedication, Zeus gives Psyche a glass of ambrosia, drink of the gods, granting her immortality and allowing her and Eros to be married among the gods.

Aphrodite finally gave her blessing to Eros and Psyche, claiming that she was originally upset at the idea of her son marrying a mortal. Some would argue that Aphrodite put Psyche through the four tasks to prove her love to Eros. Others argue that the tasks serve as lessons that every woman must learn in her lifetime.