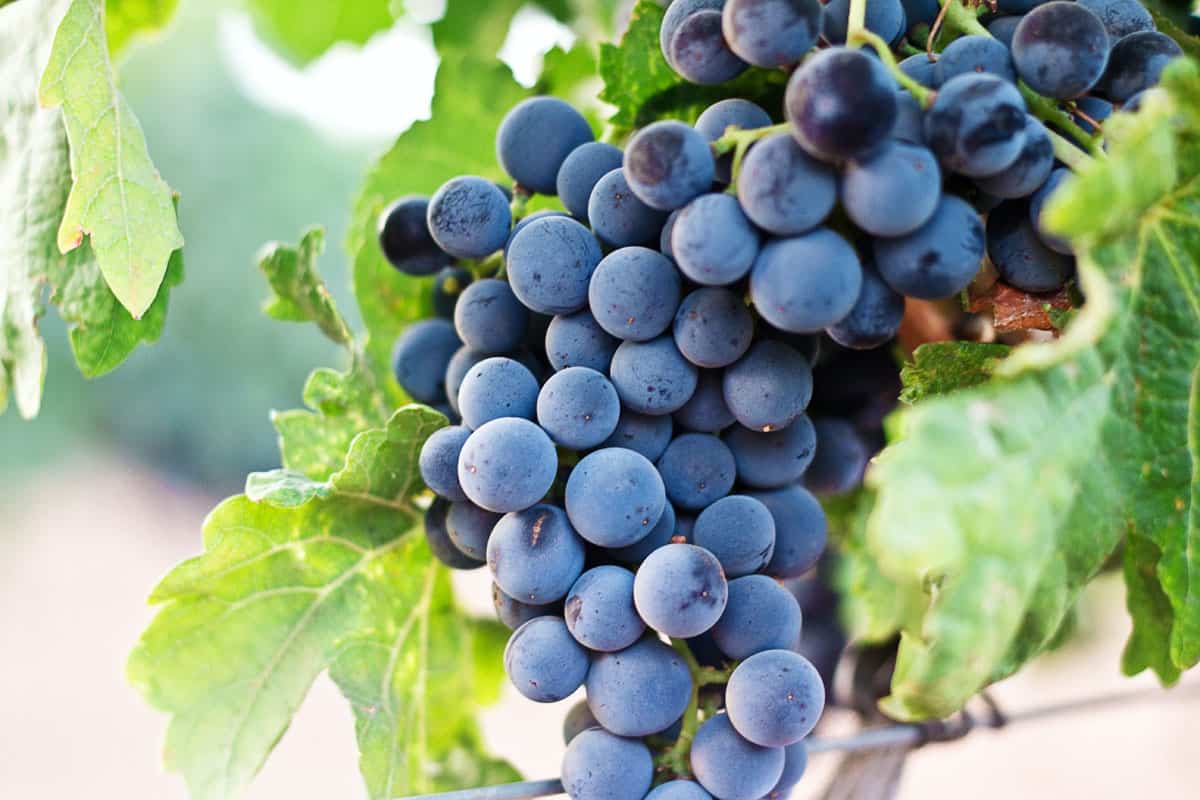 The Greek gods were a diverse bunch. There were the primordial gods, the titans gods, the Olympian gods and then a whole host of lesser gods. All the gods had varying characteristics and traits.

But, who are the coolest Greek gods? Well, this is our attempt to detail 8 of the coolest gods from Greek Mythology.

Dionysus was known to be the son of Zeus and (most likely) a Phrygian princess and priestess of the new moon, Semele. He was known as the Greek god of wine and fertility. He was also said to be the central deity in a cult and numerous other religious festivals.

Zeus had an affair with Semele in a human form. His wife Hera found out and her jealous rage caused her to unveil Zeus’ true form to Semele who was pregnant at the time with Zeus’ child. His true form was so radiant, that Semele ended up becoming a shrivelled corpse. Zeus saved the fetus Dionysus and put him in his thigh until he was ready to be born. Semele’s sister, Ino, took Dionysus and raised him. But, Hera not wanting anything to do with anyone who would help the child, ended up driving Ino and her husband mad. Once Dionysus became an adult, he brought Semele back to the land of the living from the Underworld and made her a minor goddess.

Not only was he known to be the god of wine, but he was also known to be the patron of some of Athens’ greatest dramatic festivals. He was a god who enjoyed fun times, drunkenness, and parties. He also was known to love visiting the humans who threw festivals in his honour. He taught them how to let loose and give in to ecstasy and all the things that felt good.

Eros was said to be a creation of Chaos at the beginning of time. It is also speculated that he could have been the son of the love goddess, Aphrodite, and the war god, Ares. Although his origins are ultimately unknown, he was known to be the god of love and procreation. He was extremely handsome and carried a bow with him at all times.

Eros was capable of making people fall in and out of love by shooting his magical arrows at them. Eros devotedly served Aphrodite who would use him as an agent for punishing or rewarding those as she saw fit. Eros was known to have made humans and gods and goddesses alike fall in love with one another. Perhaps the biggest myth around Eros is when he accidentally scratched himself with one of his arrows. This harmless scratch ended up causing him to fall in love with Psyche, the goddess of the soul.

Eros was a cool god because he was the god of love. He could change the course of life with his arrows. He started wars and he caused crazy love affairs amongst both the gods and the humans.

Hades was known to be the son of Rhea and Cronus. He was the god of both the Underworld and the hidden wealth of the earth. He rarely left his Underworld, and if he did, he wore his helmet which caused him to be invisible.

Although Hades rarely left his realm, one day he did and he came upon the goddess Persephone. He instantly fell in love with her and wanted to bring her back to rule the Underworld by his side. He captured her and dragged her to the Underworld with him. Persephone’s mother Demeter was furious. She brought droughts and famine on earth until Zeus stepped in and made a deal with Hades. He could have Persephone, but only for part of the year. The rest of the time, she would come back to earth to be with her mother Demeter. Hades agreed with the plan. Every time Persephone came back to earth, flowers would bloom and new grain would grow.

Hades was cool because he was the god of the Underworld. He was like the bad boy of the gods. No one dared to speak his name and he only showed up to meetings when he felt like it. He did his own thing and was more than okay with it.

Helios was said to be the son of Hyperion and Thea. He was known to be the god of sun, all-seeing, and guardian of oaths. In many of the myths he is mistaken for Apollo, but he is in fact different and one of the might Titan gods.

Every morning, Helios would drive sun across the sky while riding his chariot drawn by his four winged horses. One day, Helios’ son Phaethon wanted to be the one who drove the chariot with the sun. Helios agreed, but this was a horrible mistake. His son was unable to control the four-winged horses. The chariot ended up running wild all around the sky. Zeus didn’t approve of this and struck Phaethon down with a thunderbolt, killing him instantly.

In general, why is he/she cool – Helios is a cool god because he got to drive around on a golden chariot. He was responsible for turning night into day and bringing light into the world.

Aphrodite was said to have been born from the sea foam after the god Cronus killed his father Uranus and threw his body in the sea. She was known to be the goddess of love, pleasure, and beauty. She was responsible for inciting desire. She lived and breathed desire, love, and passion.

Aphrodite had many, many lovers. All the gods fell in love with her and she was continuously courted. She did end up marrying the god Hephaestus who ruled over the forge.

Her real love, however, was the god of war, Ares. Together she and Ares had the god of love, Eros. When Hephaestos found out about the affair, he told the other gods who in turn, shamed Aphrodite and Ares. But, this shame didn’t stop Aphrodite. She continued to have affairs with numerous gods and some mortals. Her actions made her more a goddess of seduction than one of true love and marriage.

Aphrodite is a cool goddess because she didn’t care what anyone thought of her. She gave in to her primal instincts and was capable of making others give in to theirs. While many gods had affairs, Aphrodite owned up to hers and continued having them anyways.

Pan was said to be the son of the god Hermes and the nymph Penelope. He was very loved by his father and the other gods. He was known to be the god of shepherds, hunters, wildlife, forests, and mountains. He was half-goat and half-man and a very great musician.

It has been said that Pan was the original inventor of music, not the gods’ Hermes or Apollo. One day Pan saw the nymph Syrinx. She ran away from him across a field and down to a riverbank where she turned herself into a reed. Pan couldn’t figure out which reed she was, so he cut a bunch of them. From the reeds, he created a Pan-pipe which he used to make beautiful music.

Pan is a cool god because he is unlike the others. He is half-man, half-goat which already sets him apart from the beautiful and enchanting gods and goddess of Mount Olympus. Pan also had a really neat war-cry that would paralyse soldiers in battle. He was a god who could play beautiful music and also completely frighten you.

Hermes was known to be the son of Zeus and Maia. He was the god of commerce, liars, gamblers, and thieves. He was also the protector of souls who would make the journey to the Underworld. Hermes was a very mischievous, talented, and curious individual. He was known for his inventions as much as he was known for being the messenger of the gods.

When Hermes was just barely born, he got up and wandered outside of the cave. He ended up finding a turtle and used its shell to create the very first lyre. He then went and stole a bunch of Apollo’s cattle so he could fashion strings for the lyre from the cow’s guts. At first, Apollo was furious and took Hermes to his father, Zeus for punishment. But Zeus thought Hermes was delightful and that his antics were amusing. When Hermes played the lyre for Zeus and Apollo, both were quite taken with the music. Apollo let Hermes off the hook by trading the rest of his cattle for the beautiful lyre.

Hermes is a cool god because he was smart, clever, mischievous, and great at many things. He was also a friend to humans and found living amongst them to be intriguing. He was a well-rounded god which makes him interesting and unique.

Prometheus was said to be the son of Uranus and Gaia. He was believed to be the creator of man and was a very close friend to mankind.

Prometheus loved humans. When he saw them crouched in cold caves, using primitive tools to eat cold meat with, he felt something needed to be done. These were not happy people and he hated them being ignorant and in darkness. To rectify the situation, he went to his brother Zeus and had a conversation about what he was seeing. Zeus believed that ignorant really meant innocent and he was happy to leave the people that way.

Prometheus couldn’t stand his creations living in the dark any longer. So, Prometheus stole fire from the sun when it rose the next morning. He then gifted man, fire. Zeus was furious and had Prometheus captured and chained to a mountain where his liver would be eaten day in and day out by vultures. Although Prometheus would never die, he would constantly be in pain. It was said that Heracles would encounter Prometheus and free him from this terrible punishment.

Prometheus believed in something and went after it. He likely knew the consequences wouldn’t be good, but he loved and believed in his creations and he wanted them to have a better life than darkness and just surviving. He stood by his decision and it changed the course of mankind.

The Greek gods came in many shapes and sizes. These gods were our 8 coolest. If you have thought of any other cool gods then feel from to post about them in the comment below.