Skip to content
Home » Zeus vs Jesus: What is the Difference? 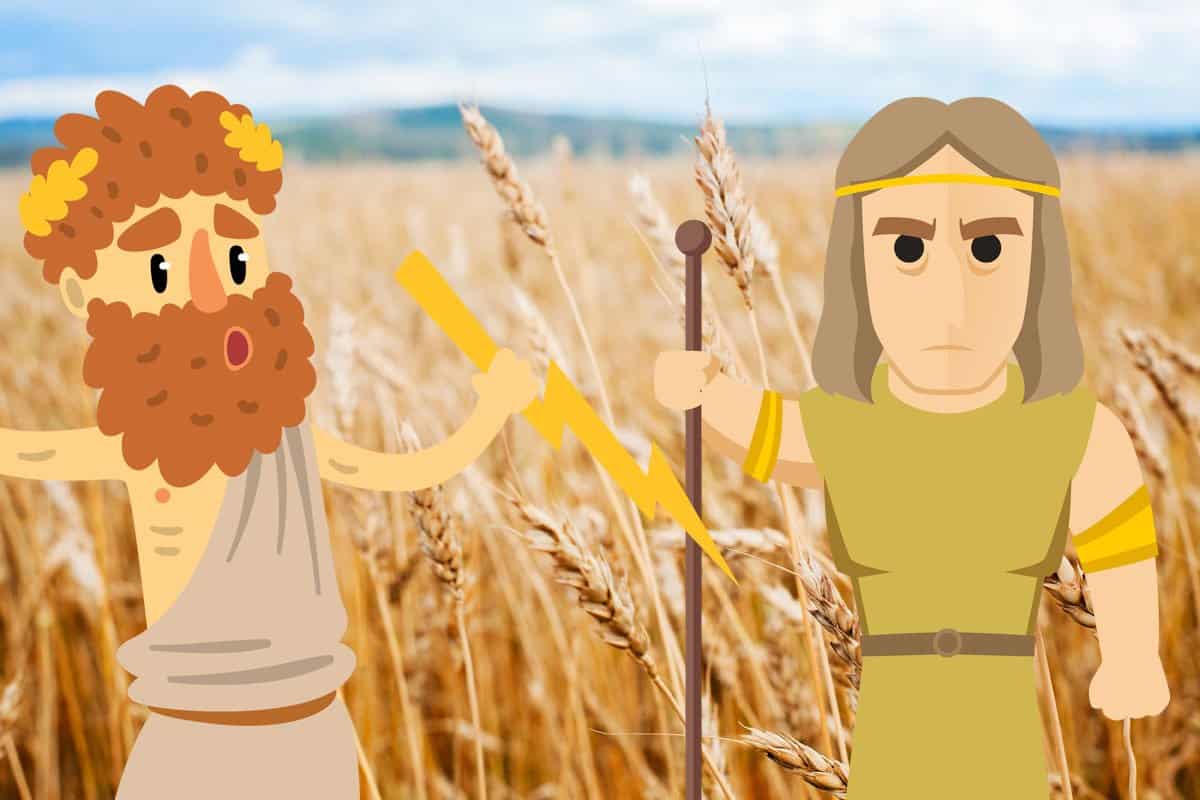 Although both figures are incredibly well-known, there are a lot of differences between the Greek god Zeus and the Christian figure Jesus Christ. For one thing, they come from entirely different religious backgrounds.

Zeus is the king god of the Greek pantheon. He is commonly associated with storms, lightning, and eagles. Jesus Christ is a central figure in Christianity and is widely worshiped alongside the Christian God, who is believed to be Jesus’s father.

Read on for more information about the differences between these two deities.

Zeus is the king of the gods in Greek mythology. The worship of Zeus has occurred for more than 3,200 years and is well-documented in the study of Ancient Greece.

Zeus is the son of Rhea and Cronus, who were both Titans. The Titans gave birth to the Greek gods.

Rhea and Cronus had six children:

Cronus was paranoid after hearing a prophecy that he would be slain by one of his children. He swallowed them, but Rhea tricked Cronus after Zeus was born. She fed him a rock instead of the child and secreted him away to Crete.

Two nymphs then raised Zeus in solitude until adulthood. Finally, he confronted his father, freed his siblings, and took his place as the king of the gods on Mount Olympus.

He married his sister, Hera, and is known for his numerous legitimate and bastard children, siring more demigods than any other god in recorded myths. He is also the father of many different gods, including:

Zeus appeared in many works of art as a human figure. Like other Greek deities, Zeus was given many attractive features that the Ancient Greeks coveted.

His appearance was often modeled after leaders of the local city-states. Some sculptors even hired exceptionally handsome models to pose for the sculptures and reliefs.

Zeus is best known as being a god of storms, but he also holds dominion over justice, law and order, and rulers. His most notable powers are the ability to summon storms, hurl lightning bolts, and otherwise command the weather.

Zeus’s character is defined as strong-willed, often arrogant, and a skirt-chaser. His womanizing traits, in particular, have made him iconic amongst the gods, and the impact of these actions arouses debate to this day.

The Greek gods, in particular, were designed to be human-like and have flaws. Just like every human, no gods are entirely pure of heart and soul, and no gods are well and truly evil. Some err more to one side than the other, but they are never black and white.

Jesus of Nazareth, also known as Jesus Christ or just Jesus, is one of the central figures in Christianity across denominations.

Most modern scholars acknowledge that Jesus was a real person, and many aspects of the stories that now hold up Christianity are recorded historical events. However, other mythological aspects are hotly debated in theological spheres.

Jesus is believed to result from a virgin pregnancy experienced by his mother, Mary, a Jewish woman from Nazareth. It is thought that she was visited by the Holy Spirit and impregnated before she was married.

He was raised by his mother and her husband, Joseph, a carpenter. Like Joseph, Jesus became a carpenter before he was baptized and began ministering.

This was during the height of the Roman control of modern-day Israel and Palestine. This area was known as Judaea and was consistently wartorn. This social struggle is likely where Jesus drew many of his teachings.

The physical appearance of Jesus has been debated for many years, and many depictions of him are rooted in white supremacy and antisemitism. His physical appearance has also evolved depending on the ethnic background of the Christians who worship him.

If you were to look at his physical appearance from where he was born, he would most likely resemble many Arab Jews with darker skin and hair. He would not be white with light skin and hair, like many modern depictions show.

Some countries have uniquely ethnic depictions that take from their own country’s identity. For example, paintings of Jesus from Korea give him monolids, while African depictions feature dark skin and dreadlocks.

The powers associated with Jesus are multitude. There are transmutative properties (turning water into wine), broad healing powers, and also powers of water walking. These are documented throughout the New Testament of the Bible.

Jesus has been described as peaceful, forgiving, and charitable. He upheld the values of his faith and cared for the sick, the injured, and the social outcasts of his community. He refused to compromise his values.

There are a lot of differences between Zeus and Jesus of Nazareth. They are from two completely different religions and have different power sets.