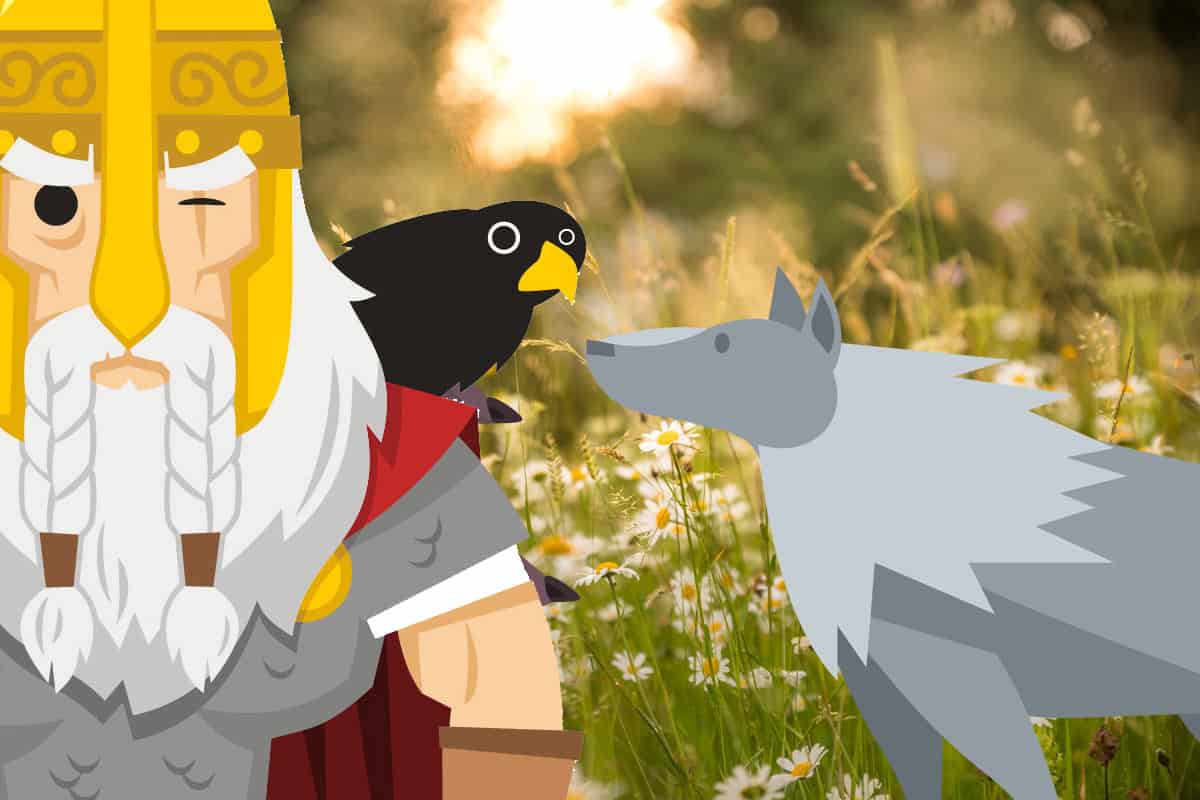 Who would win in a fight – Fenrir or Odin? If you pit a wolf against a god, most people would say the god would win. Those people would be wrong. Unlike in monotheistic faiths, the gods are not all-powerful and all-perfect in polytheism. They are more like very powerful and supernatural humans. Odin was no exception. Even he had weaknesses and one of those weaknesses was Fenrir.

Fenrir, son of Loki, had immeasurable strength and an incredible temper. Such was his rage and anger, that even the other gods feared him. It wasn’t enough to put him into isolation the way they had with other unruly creatures. He was so powerful that they decided to raise him themselves and keep an ever-watchful eye. While Odin might be a great warrior, god of war, ruler of Asgard, and welcomer of those who died in battle, even he was no match for Fenrir. It’s believed that Fenrir is destined to kill Odin when Ragnarok comes.

Can you imagine that fight? The end of times will be here, the great wolf and the great god will fight, and the god will lose.

What is the Difference Between Fenrir and Odin?

Both Fenrir and Odin belong to Norse mythology. Fenrir is a vicious wolf of unparalleled power and Odin is the god of war and the ruler of the gods.

Fenrir was born to Loki, the god of mischief, and a giantess, Angrboða. Considered evil from the start and with no hope for redemption or change, the gods decided it was best to imprison him. They reared him themselves in Asgard until he grew too unruly for even them to manage. It was then the gods decided to bind him to a rock. It took them three attempts – the first of which two failed immediately. They succeeded on the third. After binding him securely, Fenrir was transported to a rural place and bound to a rock where he howled and screamed. The foam that ran from his mouth created the river ‘Expectation’. It’s here he remains until Ragnarok.

Odin may be the ruler of Asgard and the gods but he’s not the creator. That status technically belongs to Ymir who was the primordial deity of the Norse pantheon. Although, Odin did end up killing Ymir with the help of his brothers and constructing the Earth, or Midgard, out of his body.

Snorri Sturluson, a thirteenth-century Icelandic historian, believes that Odin may have been an actual person whose reputation grew to divine proportions throughout the ages. Sturluson suggested that the warrior that would become Odin led his people out of Troy and into Scandinavia. Although this is not a commonly accepted belief, it’s not unheard of for Ancient cultures to deify people. The Ancient Egyptians practiced this fairly regularly – most notably with Imhotep.

Imagine a very large wolf and you’ve got Fenrir. But this wolf is fierce. Sharp canines, gaping maw, gray and black hairs standing on end, a growl deep enough to make the heart shudder, Fenrir was fierce enough to scare even the gods. Artistic depictions of Fenrir typically show a giant wolf, teeth bared, bound to a rock or breaking through his bindings.

Odin is also known as the All-father. As the god of war, he certainly looks the part with an old, withered face, typically an eye patch, and a general scowl. The one-eyed deity had sacrificed an eye in order to gain the gift of seeing all that happens in the world. He holds a staff in one hand and has two ravens as his companions – Huginn and Muninn. These ravens act as spies, traveling all over Midgard and Asgard to bring information back to Odin. He sits at the helm of Vahalla, the Norse afterlife for those who died in battle, and collects only the souls of those slain in battle around him. And if all that wasn’t enough to recognise him from a mile away, Odin also wears a rather large hat or helmet with striking golden wings coming out the sides and a long, gray beard.

Fenrir was all strength but his greatest weakness was overestimating that strength and his own cunningness. When the gods decided to bind him, the only way they could do so without coming to harm themselves, was to trick him. They gained his permission by telling him the bonds were a test of his strength. He broke through the first two easily but began to get suspicious with the third. He agreed to it, provided that one of the gods put his hand in his mouth as a test of faith. He didn’t think that any of them would risk themselves so much but was wrong. Tyr, the god of war, law, and justice, had the bravery to do so. They bound him with the chains made by dwarves and Fenrir took Tyr’s hand and forearm as payment.

As the all-father and god of war, Odin’s greatest strength was probably his physical prowess. And as a great warrior himself, he only accepted the greatest warriors in his presence in Valhalla. While Odin was also known for his wisdom and that may have given him great strength, his desire for more wisdom may be his greatest weakness. The wisdom he received after sacrificing his eye wasn’t enough and he longed for more. In order to gain more wisdom, he hung himself on the world tree, Yggdrasil and is believed to have died and been reborn. Ancient worshipers of Odin would perform human sacrifices reminiscent of this particular incident. So he may have been wise, but at what cost? Additionally, his wisdom did nothing for his power-hungry nature and pride.

Fenrir is. No contest. How do we know this? Because he will win the fight according to Norse mythology. When Ragnarok comes, Fenrir will break free from his chains and devour the world. In his path, he will also kill Odin before finally meeting his end at the hands of Odin’s avenging sons.

But if a prophecy isn’t enough for you, remember that the only way they got Fenrir into chains was by tricking him. 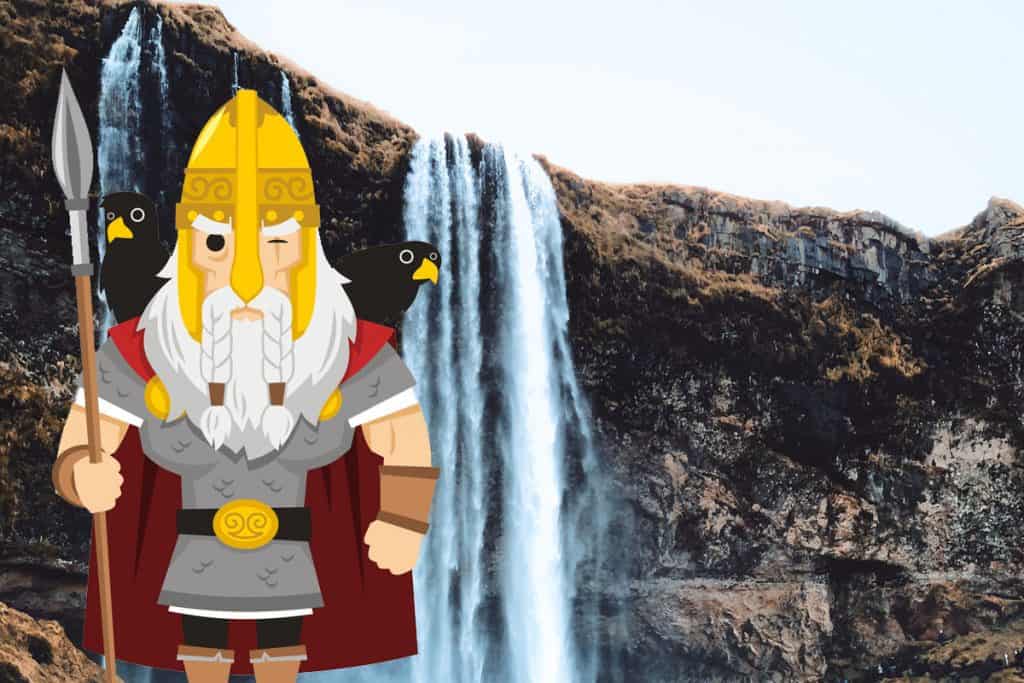 Odin (Óðinn) was the leader of the Æsir, the primary pantheon of Germanic gods. He … 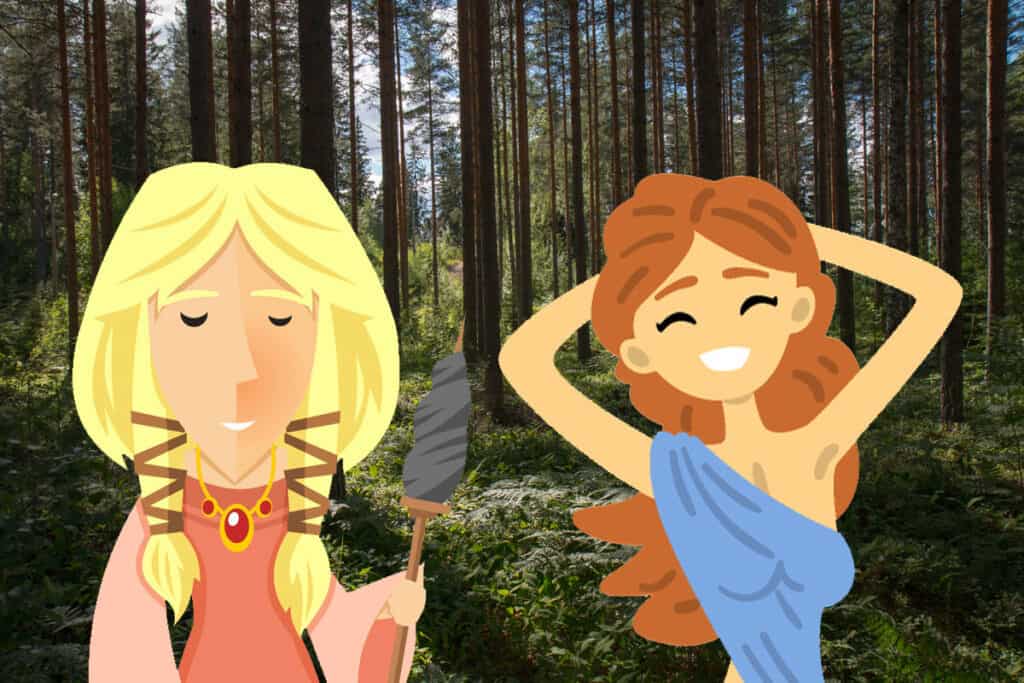 Aphrodite and Freya: What is the Difference?

Aphrodite was the goddess of sex and love in Ancient Greek myth, and Freya served …