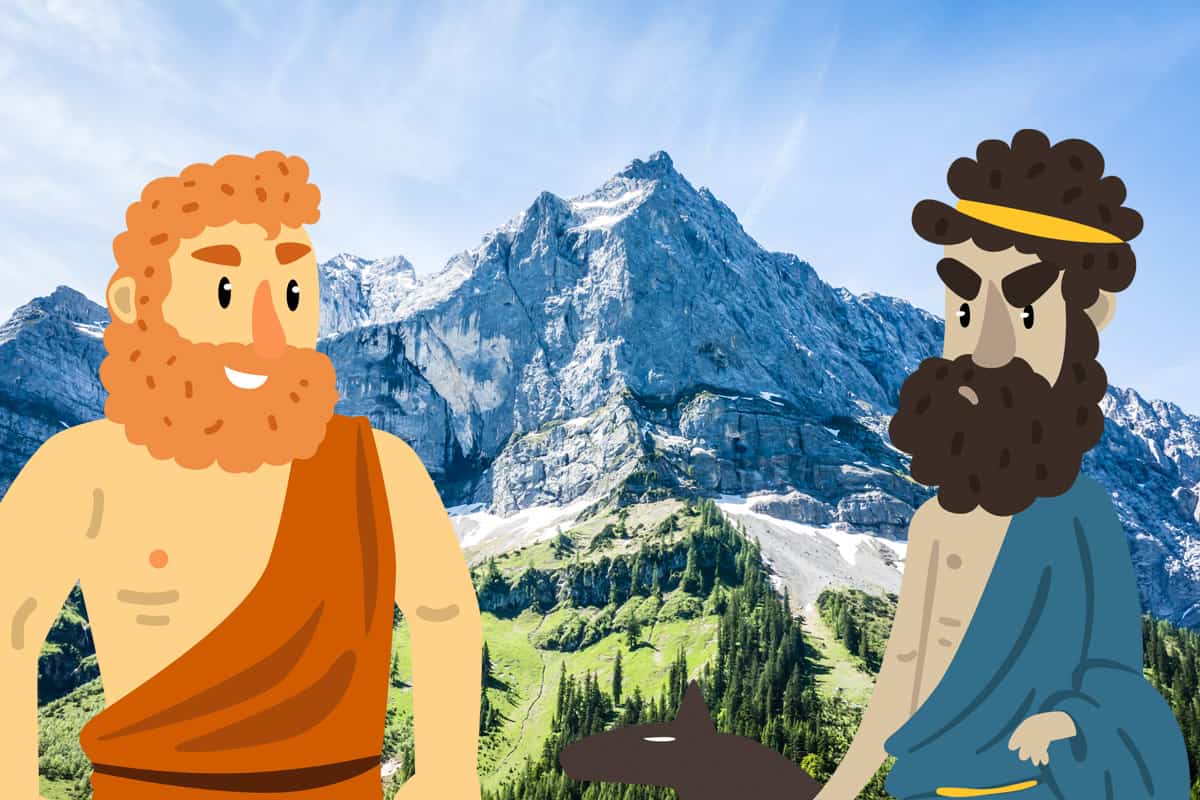 There is only one person who has entered Hades twice, each time rescued a soul, and succeeded. It’s not just that he succeeded, it’s that he never experienced the wrath of Hades. Sisyphus had escaped once and that landed him with a massive rock to roll up a hill for eternity. But Hercules? He became immortal and took his place with the gods.

As far as family relationships go in Greek mythology, Hades and Hercules probably have the cleanest. In short, Hades is Hercules’ uncle. Their relationship was mostly hidden in the subtext of the Hercules stories. No other hero made it into Hades with a goal and succeeded twice. Most people who tried didn’t even succeed once. Hades didn’t typically involve himself in the affairs of mortals. He wasn’t gentle when mortals meddled in the affairs of the Underworld. But for Hercules, he seemed to make an exception.

Hercules might be the big hero. But it’s reasonable to assume that the main reason he succeeded in his final labor and in rescuing Alcestis was that Hades let him.

What is the Difference Between Hades and Hercules?

The Greek god family tree is a messy and complicated thing. There are a lot of mixed lines and the occasional deity or river self-manifesting or simply appearing. But fortunately, the family tree of Hades and Hercules is fairly straightforward. In fact, Hades is Hercules’ uncle.

If we go back to the beginning, there was Gaia, Mother Earth, the primordial deity. She manifested out of some form of Chaos. She formed Uranus and from their union came the first generation of Titans. The Titans went on to rule the world and their children became the gods. These gods included the twelve Olympians that would rule after the Titanomachy war and a few other deities as well. Hades was one of these. He was the eldest brother of Zeus and Poseidon. After the war, they had to decide who would rule each domain and while Zeus took the Heavens and Poseidon took the seas, Hades received the Underworld.

Zeus’s extramarital affairs were plenty and included one with a woman named Alcmene. She was the granddaughter of the hero Perseus and according to some sources, that would make Zeus her great, great grandfather. She got pregnant and gave birth to a little hero-to-be, Hercules.

Hercules has the highest success rate of living beings entering Hades and coming out. Many have tried, few have succeeded, and never to their pleasure. Orpheus made it in and out but had ultimately failed in his mission to retrieve Eurydice. Sisphyus ended up pushing a rock up a steep hill for eternity for trying to trick death and thwart Hades. Odysseus succeeded in going to Hades, getting some advice from the dead, and returning unharmed. But Hercules is the only one who succeeded twice.

Now Hades and Hercules were not particularly close. They didn’t have a loving uncle-nephew relationship but that’s not surprising. The Greeks weren’t big on healthy family dynamics. But given that Hercules was so successful in his trips to Hades suggest that Hades might have had a soft spot for him – or at least as much as a soft spot as the god of the Underworld could have.

Hercules had enemies simply because he existed. Hera was probably his biggest enemy. She lashed out at him and drove him to madness because he was an illegitimate child of Zeus. He had a few opponents otherwise but none that would be full enemies.

Hades also had an enemy based on his existence. Cronus, his father, worried he would be overthrown by his children and had swallowed Hades as soon as he was born. Eventually, Zeus forced Cronus to regurgitate Hades and his other siblings and they did overthrow Cronus. The other two enemies were the fools who tried to kidnap Persephone. This did not go in their favor and they became imprisoned until Hercules managed to rescue one of them while on his way to steal Cerberus.

While Hercules may have had a rather uneventful relationship with Hades, the same cannot be said for Hera. See, Hera had a habit of taking her rage over Zeus’s infidelity out on his mistresses and their children. Hercules was no exception to this rule.

Hera drove him to madness and this madness resulted in him killing his wife and children. Full of grief and guilt after regaining his mind, Hercules sought help from King Thespius who instructed him to seek advice from the Oracle of Delphi. In turn, she instructed him to follow the orders of King Eurystheus for ten years as atonement. If he succeeded, he would receive immortality.

Initially, King Eurstheus had set out ten tasks or labors for Hercules to complete. In the end, he only accepted eight of them and assigned two more. The final task was to capture Cerberus.

Cerberus was the three-headed dog that guarded the gate to Hades. While he did some work to keep mortals out, Cerberus was primarily tasked with keeping the souls of the dead in. So fully associated with the Underworld, any depictions of Hades also included Cerberus. Hades and Cerberus are typically a package deal.

Guided by Athena and Hermes, Hercules entered the Underworld. It was here he also rescued Theseus who had been imprisoned for attempting to kidnap Persephone. Even after releasing a soul from the Underworld, Hades granted Hercules permission to take Cerberus to Earth. The only condition is that Hades had to subdue the big dog without using any weapons. Hercules succeeded and carried Cerberus out over his shoulders.

King Eurytheus was so shocked and frightened of the dog upon its delivery that he begged Hercules to return him and would release him from his labors.

The second trip Hercules took to Hades was to rescue Alcestis – the wife of King Admetus. He had failed to appease Demeter upon marrying Alcestis and was cursed to an early death. Apollo, who had been trying to atone for something by serving King Ademtus, convinced the Fates to allow Ademtus to live if someone was willing to take his place. When it came time, Alcestis was the only one who volunteered.

At some point, King Ademtus offered hospitality to Hercules. In a gesture of thanks and gratitude, Hercules went to Hades and retrieved Alcestis.

Generally, Hades was not a fan of the dead leaving the Underworld. The sheer fact that Hercules was able to retrieve two souls and receive permission to borrow Cerberus says more about Hades’ feelings towards Hercules than it does about Hercules’ strength.