Skip to content
Home » 8 Myths and Stories About Orpheus 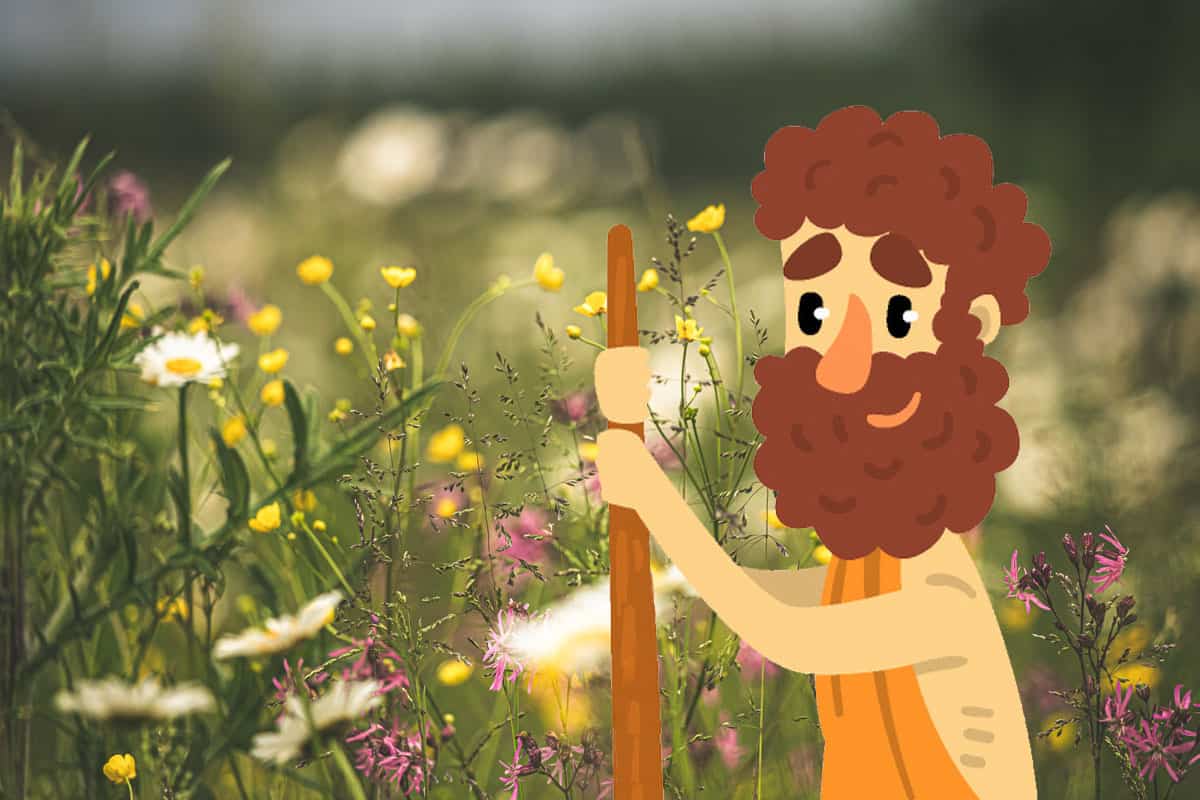 Orpheus is an interesting figure in Greek mythology. He was not a great hero, nor particularly godly. Instead, he was a musician and poet, and, according to the Orphic mythology, a great prophet.

He had many myths and legends surrounding him, as well as being the patron of many others. Some of the most interesting are listed below – some very famous, like his travels into the Underworld, and some more obscure. Some also explore the so-called Orphic prophecies, many of which center around the birth and rebirth of the god Dionysus, who is linked to the Underworld.

Myths and Stories About Orpheus

In most versions, Orpheus’s mother was the muse Calliope by either the Thracian king Oeagrus or, more likely, by Apollo, god of music and propecy. His mother might also have been Calliope’s sister, Polyhymnia, Menippe, daughter of a famous singer, or an unnamed daughter of a king.

He usually inherited his musical talent from either his mother or from Apollo, or sometimes both. Apollo was not involved in Orpheus’s upbringing, but met him later in life. As an adult, Orpheus received a golden lyre from Apollo.

As a child, Orpheus was raised by all nine of the Muses, including his mother. He was a grandson of Zeus.

Orpheus was a great respecter of women, perhaps because of his powerful mother and aunts. As a young man, he established centers of worship for two goddesses in different cities. The first was Hecate, a goddess of magic and crossroads. The second was Demeter, goddess of the harvest and mother of the Queen of the Underworld.

With Persephone, Hecate and Demeter were often portrayed as a trio of different aspects of the same goddess in the Eleusine mysteries.

3. Time as an Argonaut

Orpheus sailed with Jason and the other Argonauts on many of their great quests, though he was more of a bard than a soldier. However, he was a good friend to Jason and Hercules, amongst others, and he was instrumental in helping his crew survive.

At one point, the Argo (their ship) encountered the Sirens, the same lethal sea-seductresses who were encountered by Odysseus in The Odyssey. Rather than plugging their ears like Odysseus’s men, the Argonauts were saved when Orpheus played his lyre and made music so beautiful that it distracted the Sirens from their deadly song.

Orpheus also took a lover aboard the Argo, a young man named Calais who was the son of the north wind, Boreas. It was said that, no matter how melancholy Orpheus became, Calais could make his heart glad.

4. Marriage to Eurydice and her Death

When Orpheus played his lyre, none could resist its sound. Men and women alike were drawn in by his music and voice. Eurydice was either a nymph or a human woman who consorted with them, and she fell in love with Orpheus. Orpheus fell in love with her in return, and the two were married. They lived in extreme happiness for a very short time, but the god Hymen visited and warned that their happiness would not last.

A short time later, Eurydice danced amongst the nymphs when she was bitten on the ankle by a venomous snake. In some versions, this was at her wedding with Orpheus, or at someone else’s wedding. In all cases, the nymphs were unable to save her and she died.

Without Eurydice, Orpheus lost the soul of his music. He could no longer sing or play the lyre. Soon, he decided that he would traverse the Underworld and bring Eurydice back from the dead. In some stories, this was on the suggestion of Apollo himself.

5. Descent to the Underworld and Return to the Surface

Orpheus claimed the protection of the gods, including his aunts, Athena and Artemis, and his father, Apollo. In some versions, he was also aided by Aphrodite, who supported him in his quest to find his lost love. Orpheus encountered the three-headed dog, Cerberus at the mouth of the Underworld. Cerberus was the guardian of the gates of Hades, and would not let him through.

However, Orpheus soothed the beast with his lyre, lulling the dog to sleep with a gentle song. After this, he passed and made his way into the depths, taking a path that few before him had ever trod.

He passed many shades of the dead and other terrifying monsters in the bowels of the world, but he kept going until he found the House of Hades himself. Orpheus went before Hades and Persephone, appealing to them directly for the return of his wife.

Hades was originally reluctant to grant this, but Orpheus played music for him and Persephone. It brought the Queen to tears, and she begged her husband for the favor. Hades agreed under one condition. Orpheus would lead Eurydice out of the Underworld – but he must not look back at her until they had cleared the gates, otherwise she would return below forever.

Orpheus agreed and was reunited with his wife. He led her through the Underworld, but as they went, doubt began to gnaw at him. Eurydice was so silent that Orpheus began to doubt that she was even behind him. He tried hard to be patient, but the Underworld made him more and more paranoid, and made it extremely difficult not to turn around despite the help of his godly accompaniment.

Just before he reached the gates of the Underworld, Orpheus turned and glanced back at her to assure himself she was there. He quickly realized his mistake, but it was too late – he saw Eurydice only once more until he vanished back into the Underworld forever.
Orpheus tried to descend once more, but it was impossible for a human to do this twice in one life. Instead, he sat outside the gates and wept, playing sad music that caused the gods to weep with him.

There were several versions of Orpheus’s death, most often tragic and quickly following his failure to be reunited with his wife. The table below describes some of the most common and interesting versions.

In almost all versions, Orpheus was granted peace in Elysium, the highest circle of paradise in the Underworld. There, he was reunited with Eurydice for eternity and finally able to rest at last.

The Orphic religion rose around Orpheus’s worship of Dionysus and their twin descents into the Underworld. The central myth of Orphism was that the first incarnation of Dionysus – called Zagreus, a son of Perephone and Zeus-Hades (who were the same god – was torn apart by the Titans and cooked in a cauldron. He was still a child when this happened, and he was considered Zeus’s favorite son. The Titans were able to access him, however, as they were directed by a jealous Hera, who wished her own son to be heir.

In revenge and fury over his loss, Zeus killed the Titans with a thunderbolt and created humanity from the ashes. Athena rescued Dionysus-Zagreus’s heart, which was made into a potion and drank by the mortal Semele, a lover of Zeus. Semele became pregnant, but was killed by a jealous Hera. Zeus saved the fetus and sewed it into his own thigh, and Dionysus was reborn a few months later.

As an adult, Dionysus, like Orpheus, traveled to the Underworld. There, he successfully rescued his mother, Semele. He brought her to Olympus, where he made her into a goddess.

Duality was extremely important to Orphism. Zeus and Hades were considered two parts of the same god, humans were a dual-natured species, and Dionysus himself was born twice (though later accounts include a third Dionysus; his son, Iacchus).

In some later versions of the Zagreus-Dionysus myth, Orpheus’s father, Apollo also played an important part. After Athena brought Zeus the heart of Zagreus, who was meant to be Zeus’s heir, Apollo carefully gathered all the pieces of the torn body and buried them, allowing for his reincarnation. This is similar to the reincarnation story of Osiris in Egyptian myth, wherein Isis had to collect all of his parts before he could live again.

8. Life and Death in Orphism

Following the examples of the writings of Orpheus, the Orphic cultists followed a very specific lifestyle. They surrounded themselves with music and poetry, and were very strictly vegetarian. They also were banned from eating certain beans.

Humanity was considered to be made up of a dual nature. The body, or physical nature, was inherited from the ashes of the Titans. Meanwhile, the divine spark was granted by Zeus’s thunderbolt.

Nevertheless, Orphic cultists who had performed the rites believed that remaining spiritually pure would grant them access to Elysium to spend eternity with Orpheus and other great heroes. Those who did not become initiated in Orphism would be eternally reincarnated.

Orphism used gold tablets which were inscribed with instructions to the dead, much like Egyptian religious practice. They helped the dead traverse the final obstacles of death, most notably the instructions to avoid the waters of Lethe (forgetfulness) and instead drink the waters of Mnemosyne (memory). Mnemosyne was also the mother of Calliope, making her Orpheus’s grandmother.

They were given specific phrases which they must repeat to each of the Underworld guardians, and final instructions on how to address Persephone, Queen of the Dead, once they arrived in the throne room of Hades.

Socrates was considered an Orphic, but he did not follow the fundamentals of the religion. He was described as unorthodox, only following the most basic tenants and beliefs of the religion.

Orphic mythology was also heavily connected to Pythagorean philosophy. Some Classicists even believe that they shared the same root and refer to the religious evolution as Orphico-Pythangoranism.

Orpheus was an interesting tragic figure who spawned his own subset of religion. Orphic myth focuses on stories and songs, creating an alternative string of mythology which connects the gods more closely with the ideals of a simple musician. Perhaps that is why his story endures even now.