Skip to content
Home » Is Poseidon Good or Evil? 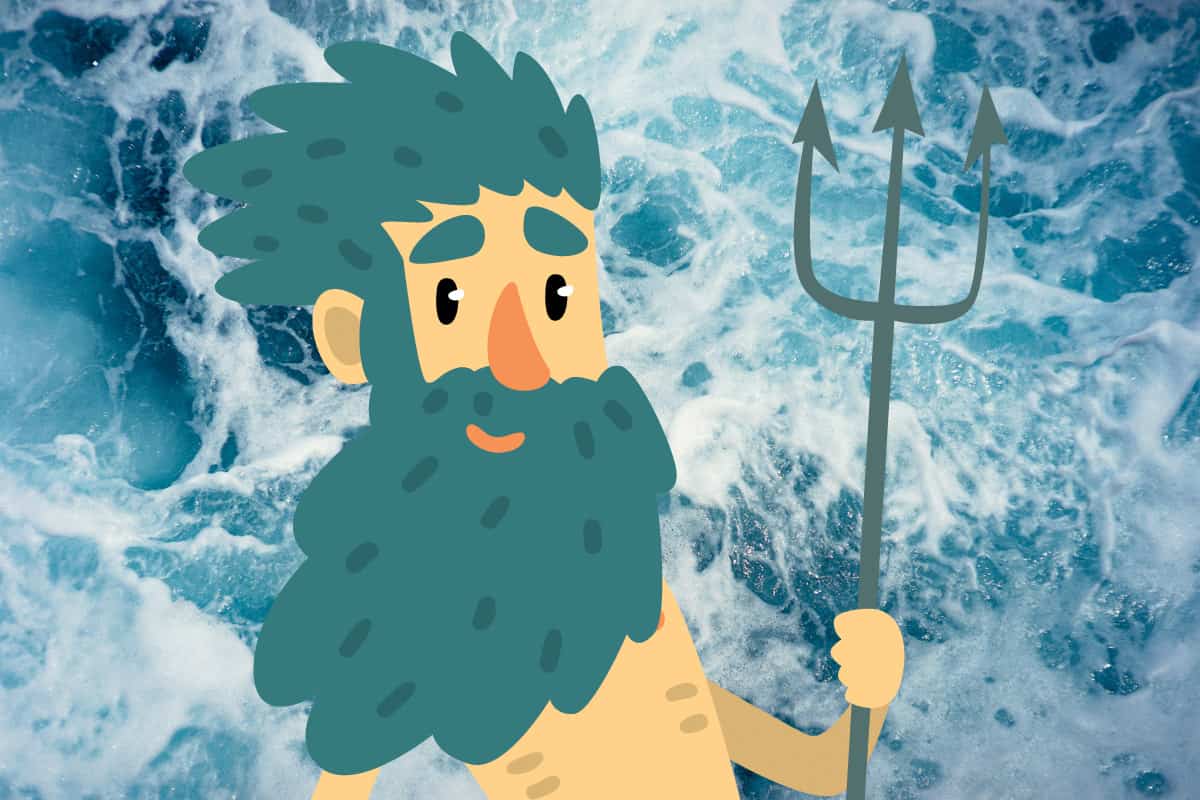 It is probably reasonable that Poseidon is given a little bit of a break. He was, afterall, swallowed in his infancy by his own father where he then spent years until Zeus came and freed him. But it wouldn’t be Greek mythology if it just ended there and he had some time to recover from all of that. Instead, he partook in the war against the Titans and helped take over the throne in Olympus. And after, when he took rule of the sea, he ruled with a casually cruel fist.

Much of Greek mythology, but most notably the story of the twelve Olympians, could be symbolic of the violence and cruelty that often comes out of unresolved trauma. In fact, Greek dramas are often used in drama therapy as part of trauma recovery programs. So when we look to Poseidon, to his origin stories, we find the makings of an anti-hero story at best and a villain origin story at worst. The phrase casually cruel seems to be an appropriate description for the various acts Poseidon committed whether out of rage, greed, or malevolence.

The Greeks love their moral gray areas. Decide for yourself – was Poseidon good or evil?

Is Poseidon Good or Evil?

The villain archetype is typically a shadow of the hero. They may have sympathetic backstories, they may be driven by severe ideology, but generally speaking, the villain exists to oppose the hero, to create plight, destruction, and enact mercilesses damage. And that’s what Poseidon did as ruler of the sea. He caused earthquakes and tsunamis, tidal waves and floods simply because was in a bad mood.

Often fueled by his greed, he used destruction as a means of getting whatever he pleased. His rivalry with Athena regarding Athens and the surrounding land is a perfect example of this. When Athena won the land, Poseidon retaliated in a jealous rage and flooded the land with salt water, making the soil inhospitable for crops.

In The Odyssey, Poseidon is the primary antagonist, thwarting Odysseus’ every attempt at going home, sending sea monsters after him, and killing his crew. When Odysseus was trapped on Calypso’s island and all the gods took mercy on him, Poseidon still refused to let him leave. At least, he wouldn’t let him leave on calm seas. ‘“I’ll give that man his swamping fill of trouble!’ With that he rammed the clouds together—both hands clutching his trident—churned the waves into chaos, whipping all the gales from every quarter, shrouding over in thunderheads the earth and sea at once—and night swept down from the sky—East and South Winds clashed and the raging West and North, sprung from the heavens, roiled heaving breakers up—and Odysseus’ knees quaked, his spirit too…”

At one point, he may have been a hero. He fought valiantly in the Titanomachy where, alongside his brothers and sisters, they overthrew the vicious rule of Cronus and the titans. Poseidon could also be fiercely generous for those who had won his favor. Those people typically included his sons but even after Odyssesus blinded one of them and a few more attempts at keeping him from home, Poseidon eventually let the young seafarer be. Such an act could really be seen as a sign of growth in the grand scheme of things.

But Poseidon is also seen to be the protector of seafarers. He was known to provide calm seas to travelers who made their offering. According to one myth, he even tried to protect the pregnant Leto from Hera’s wrath. Additionally, he gave refuge to the nymph Leucothea which ultimately became a great help to sailors. They believed she would help them if they got lost at sea.