Skip to content
Home » Shiva Vs Odin: What is the Difference? 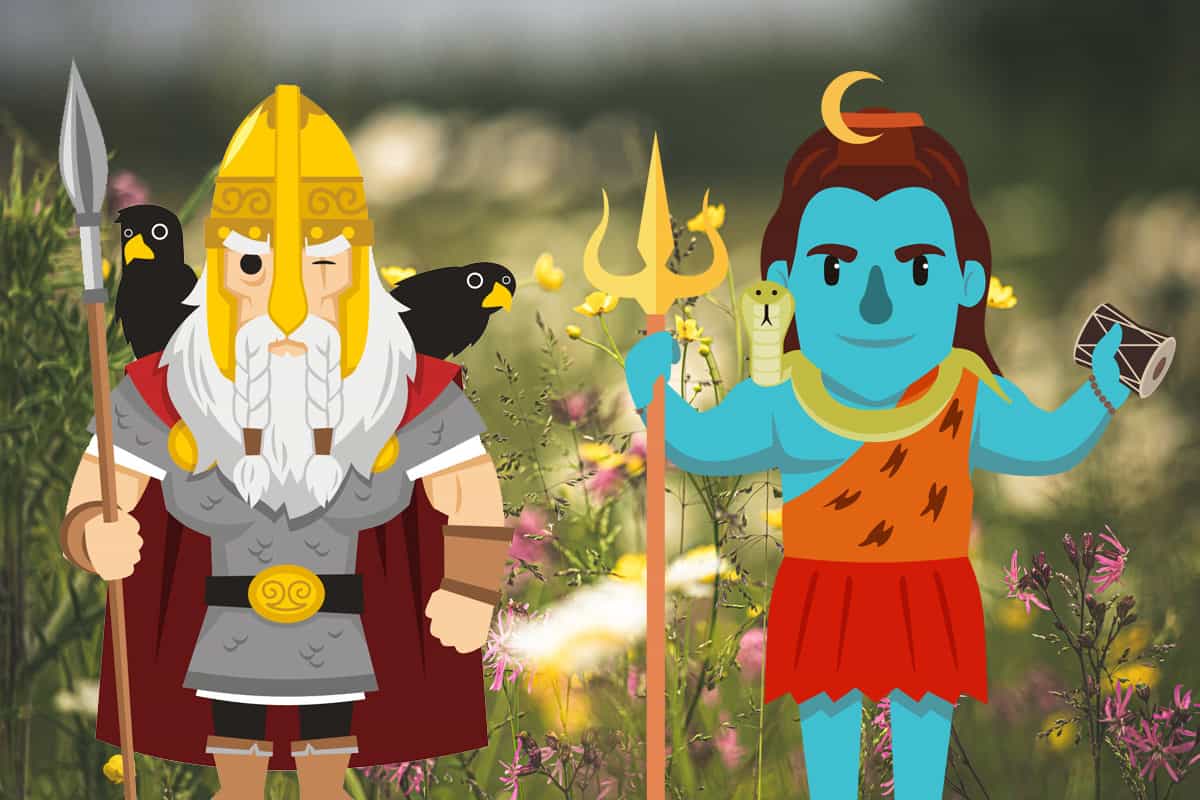 Shiva is considered one of the three major deities that form a trinity known as the Trimurti in Hindu Mythology. He is the destroyer of evil and chaos and is one of the most powerful of all gods in his pantheon. Odin, in retrospect is usually attributed with a lot of different elements including death, healing, poetry, wisdom, knowledge, war and many more. He is also closely associated with the ancient runic alphabet.

Here are a few key factors that set apart the destroyer of chaos, Shiva from the Allfather of Norse Mythology, Odin.

What is the Difference, Really?

Shiva is considered one of the strongest deities in Hindu mythology, and by many devotees as the strongest deity of all. He is most known for his anger and fury, and can decimate anything that comes his way when provoked. His third eye once burnt the god of love and lust, Kamadeva to ashes. Shiva, being the destroyer, is ultimately a very powerful deity who has battled demons and defeated them with great ease.

Odin is one of the strongest deities in Norse Mythology. He is also quite popular and stayed relevant over two millennia. He has several magical powers and can perform rare feats that most gods cannot. His magical steed Sleipnir, his spear Gungnir and the other magical artifacts he possesses are all a part of his magical powers.