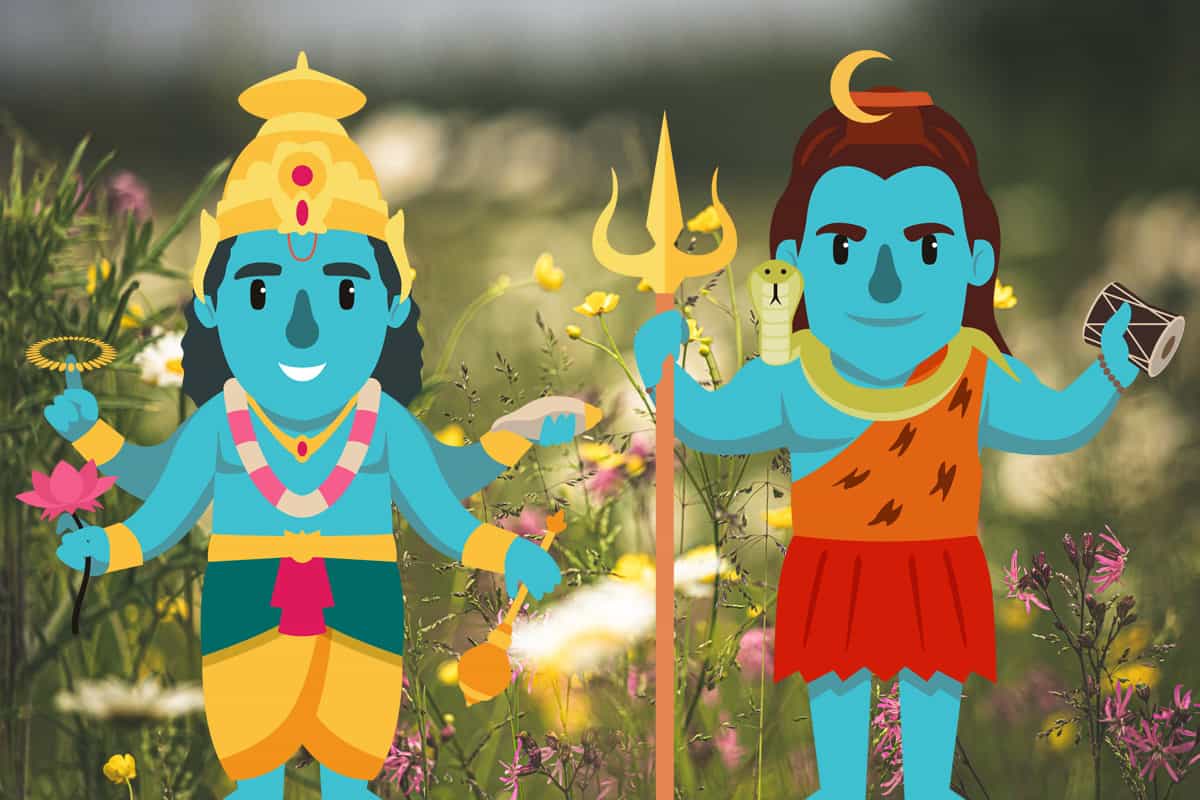 Shiva and Vishnu are two of the three major supreme deities in Hindu Mythology that comprise the trinity known as the Trimurti. However, they are both very different in many ways and have some defining characteristics that add a stark contrast to each from the other.

While Shiva is considered the destroyer of all things in the universe that cause chaos or threaten its existence, Vishnu is attributed with the process of preserving the peace, harmony and balance of the universe. Both Shiva and Vishnu achieve these goals very differently. Shiva spends most of his time in the Kailash mountains with his wife and children, and only on rare occasions when the balance is really upset does he intervene and take action. Vishnu, in retrospect is known for frequently reincarnating on earth as different versions of himself, confronting evil forces, and eventually vanquishing them.

Here are a few important differences between the two deities that highlight their uniqueness.

So What is the Difference Between Shiva and Vishnu?

Shiva is one of the three deities in the Trimurti, a trinity of the three supreme deities in Hindu Mythology. Shiva is attributed with the action of destroying chaos and evil when it threatens to harm the balance of the cosmos. Shiva is said to have been created along with Vishnu and Brahma in most versions that depict this event.

However, according to the sect of Shaivism, Shiva, being the supreme being, is believed to have created himself. Other sects like Vaishnavism assert that Shiva was created along with everything else, by their respective supreme deities.

Vishnu is believed to have been created alongside the two other deities of the Trimurti, Shiva and Brahma in most versions of Hindu Mythology. However, Vishnu has ten reincarnations on earth referred to as the Dashavatar. All of these reincarnations have separate origin stories.

There exist other versions where Vishnu created himself, like the beliefs in the sect of Vaishnavism. In some traditions like Shaktism, a supreme goddess known as Devi is said to have created the Trimurti, which includes Vishnu. In the Smarta tradition of Hinduism, Vishnu is one among five of the deities worshipped during the Panchayatana Puja.

Since Shiva is the third part of the Trimurti along with Vishnu and Brahma, he is considered to have a brotherly relationship with both of them. Shiva is married to the goddess Parvathi, and has two children Ganesha and Karthikeya. They are all depicted in most stories as staying in Mount Kailash, a mountain in the Himalayas.

Shiva is also related to his several devotees including Nandi, a bull that is devoted and loyal to him and stays in Mount Kailash as well. The story of Ganesha being formed is quite a legend, with Shiva beheading him without knowledge of who he is, and eventually, when he realizes that he killed his own son, he morphs the child’s body with an elephant’s head.

Vishnu is the preserver of the universe amongst the Trimurti, and is considered as having a brotherly relationship with Brahma and Shiva. He is known to reside in Vaikunta, along with his consort, the goddess Lakshmi. Goddess Lakshmi is widely considered the goddess of wealth, prosperity and luck. She has also reincarnated with Vishnu several times on earth especially as Sita Devi who marries Rama, the reincarnation of Vishnu.

Vishnu is also closely attached to the holy serpent, the  Adishesha, whom he rests on most of the time. Furthermore, since Vishnu’s reincarnations are quite frequent, his reincarnated identities have a lot of different relatives that form a part of his family on earth.

Shiva is considered as one of the strongest deities in all of Hindu Mythology. Shiva is also widely regarded as the strongest among the three deities of the Trimurti as his role is very destructive in nature.

He is said to have decimated armies of demons with very little effort, and is capable of reducing anyone to ashes with the opening of his third eye. He is also capable of granting boons to his devotees and he once granted the opportunity to evade death to one of his devotees named Markandeya.

Vishnu is also one of the strongest deities in Hindu Mythology. His reincarnations are all known for being very powerful despite their human or other earthly forms. On his own too, Vishnu is a very strong deity.
His Sudarshana Chakra (discus) is said to be capable of destroying armies if needed. He can grant boons to his devotees like most other major deities of Hindu mythology. 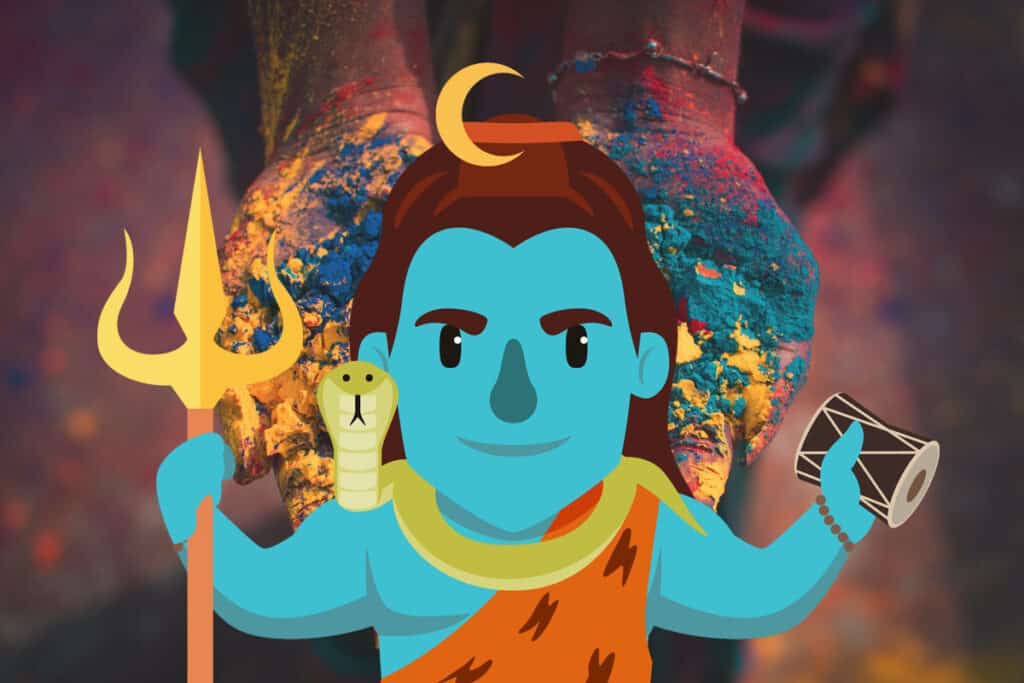 Why is Lord Shiva Blue?

Lord Shiva is one of the most important deities in Hindu Mythology, one of the … 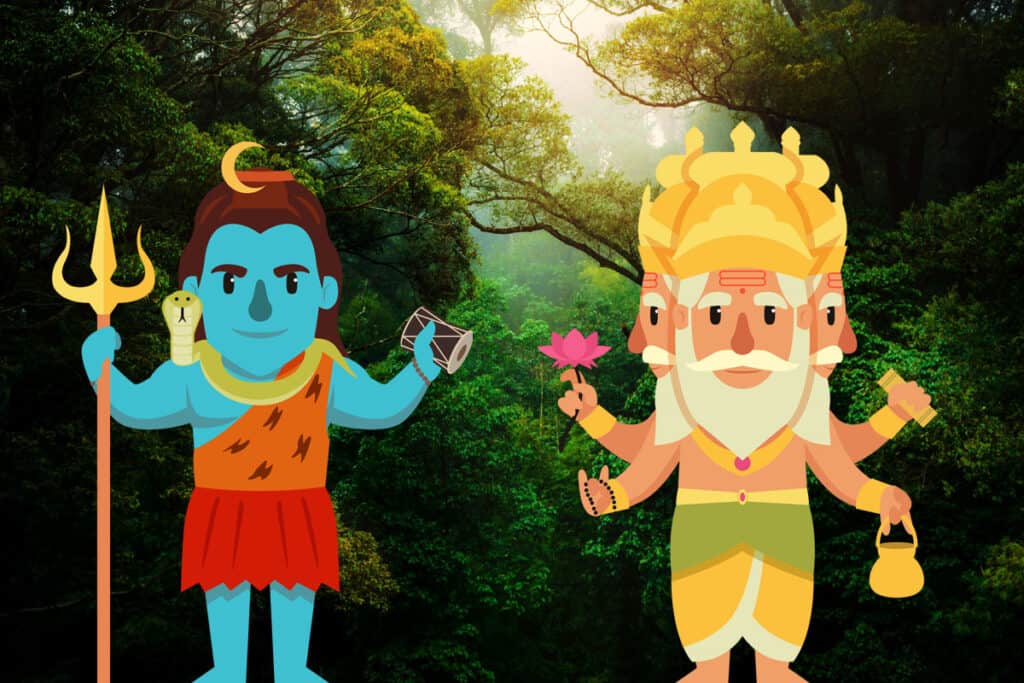 Brahma vs Shiva: What is the Difference?

Where there is creation, there must also be destruction. Or maybe it’s that in order …