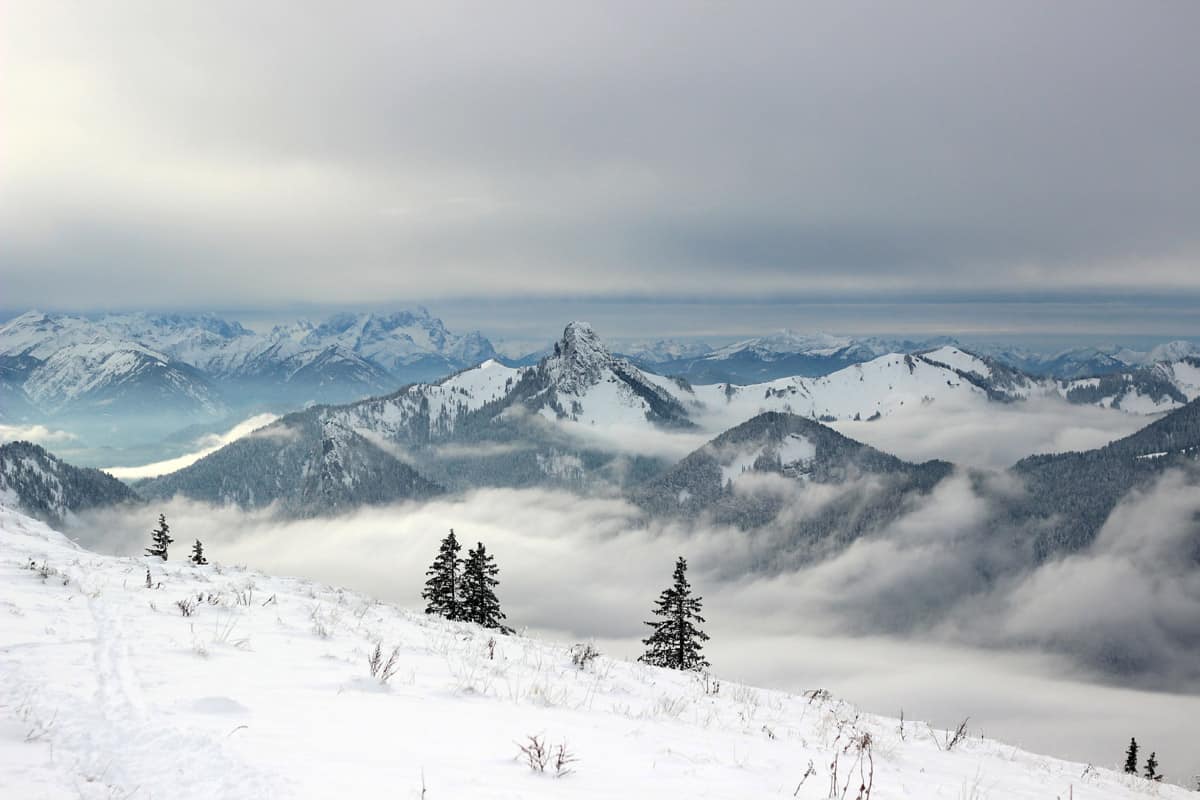 The Norse and Germanic gods have experienced quite the revival with many books, movies, and television shows dedicated to their stories. As well, several neo-pagans have incorporated some of the Norse gods into their modern-day practice! Everyone knows about Thor, Odin, and Loki – but they were far from the only ones!

There were three broad categories of gods and giants. The Æsir were the primary pantheon, the Vanir the fertility and health pantheon, and the jötnar, the troll-giants of Jötunheimr. The following seven examples are some from each category you might not know!

Bragi was the skaldic god of poetry and bards. His name likely derived from the Old Norse word bragr, meaning both “poem” and “foremost.” He was the husband of Iðunn, a goddess of apples and youth, and he was the most eloquent of all the gods.

Bragi’s father was Odin, though his mother was unclear. It could have been Frigg, but if it was, the goddess was rather dismissive of him when she claims she has no sons like the recently deceased Baldr! He was at odds with the mischief god Loki, with whom he tried to make peace. In response, Loki called him a coward for all to hear.

It’s probable that Bragi also killed his wife’s brother, though whether on purpose or by accident is unknown. He was one of the most reluctant gods to fight and was slow to anger, though when enflamed, he could be as dangerous and threatening as any. Bragi’s tongue was also decorated with runes which helped his poetry.

A mortal skald (bard) named Bragi Boddason is often conflated with the god. Some mythologists claim that the god Bragi was a deified version of him. Others dismiss this as falsehood.

These two brothers were the sons of Thor by his giantess lover, Járnsaxa. Along with their half-sister Þrúðr (Thrudr), daughter of Sif, they personify the attributes of their father. The brother’s names translate to “wrath” and “might,” respectively, while the sister’s name means “strength.”

Not much was known about Móði’s earlier life, but Magni played an essential role in one of the fiercest battles of his father. After Thor killed the giant Hrungnir, he was trapped under his fallen foot. God after god tried to remove the foot so that Thor could be freed, but none could gather the strength to do so.

Finally, Magni – who was only three days old – approached. He quickly moved the foot, freed his father, and then commented that he could have beaten Hrungnir by himself with a single punch. Thor praised him and gifted him the gold-maned horse of the giant, much to Odin’s anger – he wanted the horse for himself.

After the fall of most of the gods at Ragnarök, Móði and Magni were fated to take on a significant role. Once Thor succumbed to the poison of the World Serpent, the brothers would take up his hammer, Mjölnir.

She was known as the mother of monsters – and for good reason! Angrboða was a giantess and a lover of Loki. With the mischief god, she birthed three children so terrifying that Odin cast them into separate realms. They were Fenrir, the wolf-monster who was fated to kill Odin at Ragnarök, Hel, a goddess who presided over and tortured the dead, and Jörmungandr, the Midgard serpent who circled the whole world and was an enemy of Thor.

Her name can be variously translated as “she who brings sorrow,” “she who bids harm,” or “grief-bringer.” Historically speaking, her name was probably only created around the 12th century CE, but that a female jötunn mothered the three is much older.

Angrboða was also identified with a giantess who lived in the Ironwood. She was said to breed and birth monsters and wolves, and each of her children was deadly. They were the descendants of all wolves. She had help from Eggþér, who herded the creatures.

Another wolf-son, Moongarm, was prophesized to have an insatiable taste for blood. He would drink the blood of the dead, eat the moon and stars, and bring cold and winter upon the world.

Gerðr was both a giantess and a goddess. She was also the wife of Freyr, a god associated with kingship who fell deeply in love with her at first sight. She initially resisted his advances, but she was cajoled and even threatened by Freyr’s page until she agreed to meet with the god. The meeting went better than expected, and the two were eventually married.

She was considered the most beautiful of all women. When Freyr first saw her from a distance, light shone from her very skin, brightening the sea and sky around her, and Freyr became so heartsick that he neither ate nor drank. Though she was upset at the threats, she agreed to meet him, and they eventually fell in love.

Loki tried to intervene with the happiness of Freyr and Gerðr and accused the former of buying the latter’s love with gold and jewels. Both were offended by this, but a battle was avoided when the page and Gerðr both intervened, reminding Freyr that killing Loki was just make him look bad.

She was positively associated with the planet, and the marriage was seen as a bringing together of the sky and the earth.

This giant was best known for his kidnapping of the goddess Iðunn, wife of Bragi. This happened because Loki attacked the giant for eating too much of his food but failed to injure him. Þjazi refused to let Loki go unless he could lure Iðunn to a place where she could be captured. Loki tempted the goddess with some fine apples, and when she reached the designated spot, Þjazi swooped down in the form of an eagle and snatched her up.

The gods began to grow old and grey without the youthful power of the goddess’s apples and so plotted to get her back. Loki borrowed Freyja’s magical falcon-feather coat and flew to where the goddess was being kept, then transformed her into a nut and brought her back. When Þjazi tried to pursue, the gods set a fire that burned his feathers.

The eagle-giant fell to the ground where he was set upon and killed. His daughter, the powerful goddess and giant Skaði sought vengeance. The gods placated her with a marriage pact and by setting her father’s eyes into the sky as stars forever. She later became a consort of Odin himself.

Eir was sometimes a goddess and sometimes a Valkyrie – a powerful battle maiden who shepherded the worthy dead. She was heavily associated with medicine and healing. Eir was an attendant of the lady of Menglöð, and she and her fellow attendants sat upon the hill of healing awaiting her summons.

She was known to give help in exchange for a blót, or blood sacrifice. These were usually animals such as pigs or horses. Some gods accepted war prisoners as well, but as a goddess of healing, Eir preferred animals.

In some tales, Eir was also one of the Norns – the female deities who controlled children’s destinies. It’s possible that she was unique in that she served under all three roles – a deity of fate, a Valkyrie of the battlefield and reincarnation, and a goddess of healing and skilled physician.

Eir, along with the other attendants on the healing hill, were guardian spirits who protected anyone of any gender who appealed to them for help in the right way. Her name was also used in several poetic renderings as a synonym for women and marriage, both positively and negatively.

Nanna was the wife of the infamous Baldr, considered one of the greatest of the gods. She was a goddess of joy and peace and also of the moon. After her husband’s untimely death through the trickery of Loki, Nanna herself died of grief. Her body and Baldr’s were placed on the same flaming boat, and the two were reunited in Helheimr.

When Baldr’s brother Hermóðr traveled to Helheimr to attempt to retrieve Baldr, Nanna bestowed gifts upon him. These were the golden ring Draupnir, which Odin himself had placed on Baldr’s pyre, a linen robe for Frigg, and another golden ring for Fulla. She also gave several unspecified gifts for the other gods.

Her name had various etymologies, including words that meant “woman” or “mother,” “empowerer,” or “daring.”

In another, later version of her story, Nanna was an object of contention between the mortal born Höðr and the god born Baldr. Though Baldr warred and begged to win her hand, her heart belonged to her step-brother Höðr. The two were married, and she and he ruled over the land of Sweden. Later, Baldr attacked Sweden, and Nanna and her husband fled to Denmark. Though Baldr won, he deteriorated due to being haunted by visions of Nanna.