Skip to content
Home » Why Did Odin Kill Ymir? 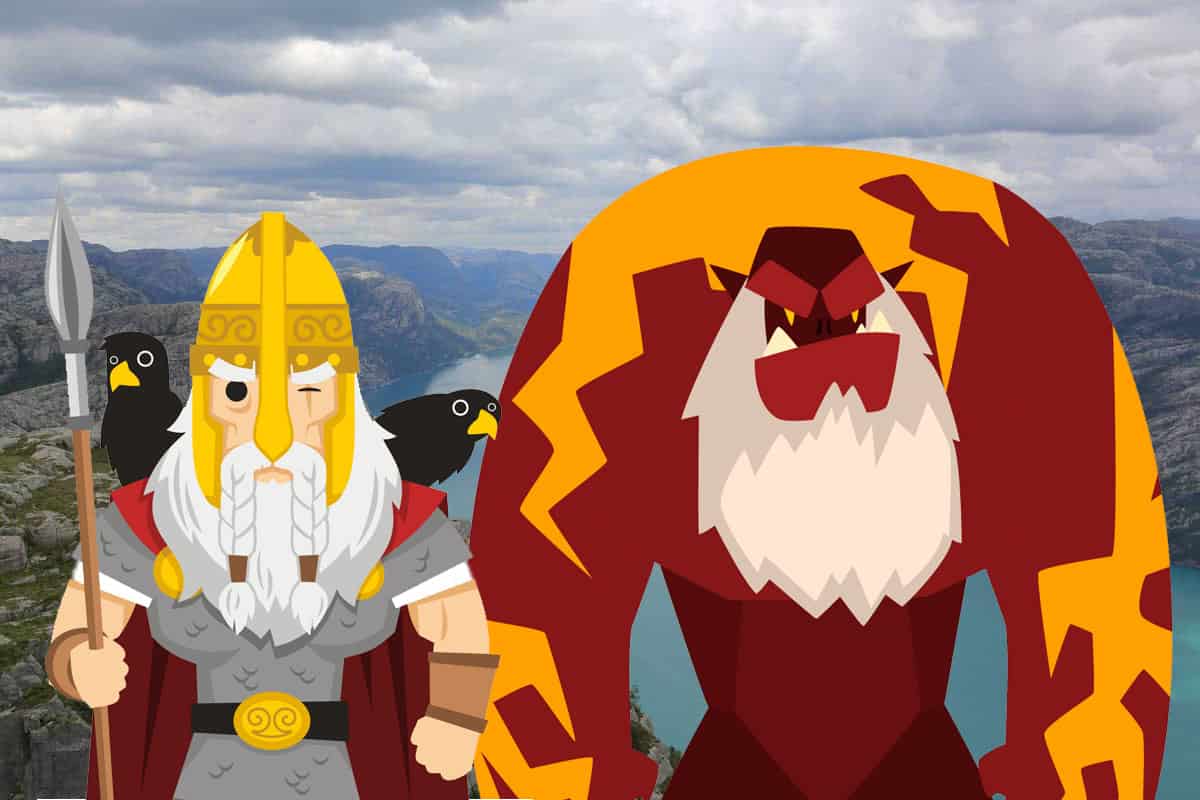 Odin is probably one of the more well known gods from Norse mythology. He plays a significant role in the creation myth and the destruction myth as well as everything in between.

Ymir is the first giant to be born into the Norse world. He comes to a tragic end at the hands of Odin and his brothers. But why did Odin kill Ymir?

Odin and his brothers Vili and Ve lived in a void between fire and mist, a place with no rock, trees or stars. They killed Ymir because they could use his vast body to form the world and make a place to live. They used different parts of his body to build the world. His blood was the ocean, his flesh the sand and his teeth were the rocks. The brothers had no choice but to kill Ymir in order to bring into existence all of life. From his death would come life.

The creation myth of Norse mythology is complex and very interesting. There are a few more characters worth introducing. So, let’s dive in!

The Creation of the Norse Cosmos

In the the beginning of the Norse cosmos there are no stars, oceans, giants or dragons. There are just two worlds.

In the north, a dark mist world called Niflheim. This mist world has 11 rivers which run through it. They all come from the same source, a spring called Hvergelmir. The mists of Niflheim cover everything and the place is lifeless.

in the south, there is a fiery world called Muspell. This world is made up of volcanic molten rock and flaming embers. On the edge of this fiery world lives a sort of fire giant called Surtr. This giants was around at the beginning and it is said will play a role in the end of the world. He carries a flaming sword.

Between the two worlds there is a space called Ginnungagap which translates as the yawning gap. This is a sort of void, where the 11 rivers eventually flow into. In this region, the rivers form into huge towering glaciers. In this place where the fire of Muspell and the ice of Niflheim meet a great giant called Ymir is born. This giant is both male or female and is bigger than any creature to have come before or after.

Around the same time a cow called Audhumla is also formed from the melting ice of the glaciers. The cow feeds on the ice and produces milk for Ymir. Over time the giant grows.

The cow Audhumla continues to lick the ice and from the ice is born the firm god, Buri. Ymir being both male and female, gives birth to a number of giants from his armpit. Buri married one of the giants and had a son called Bor. Bor then married a giant himself and gave birth to the gods Odin, Vili and Ve. 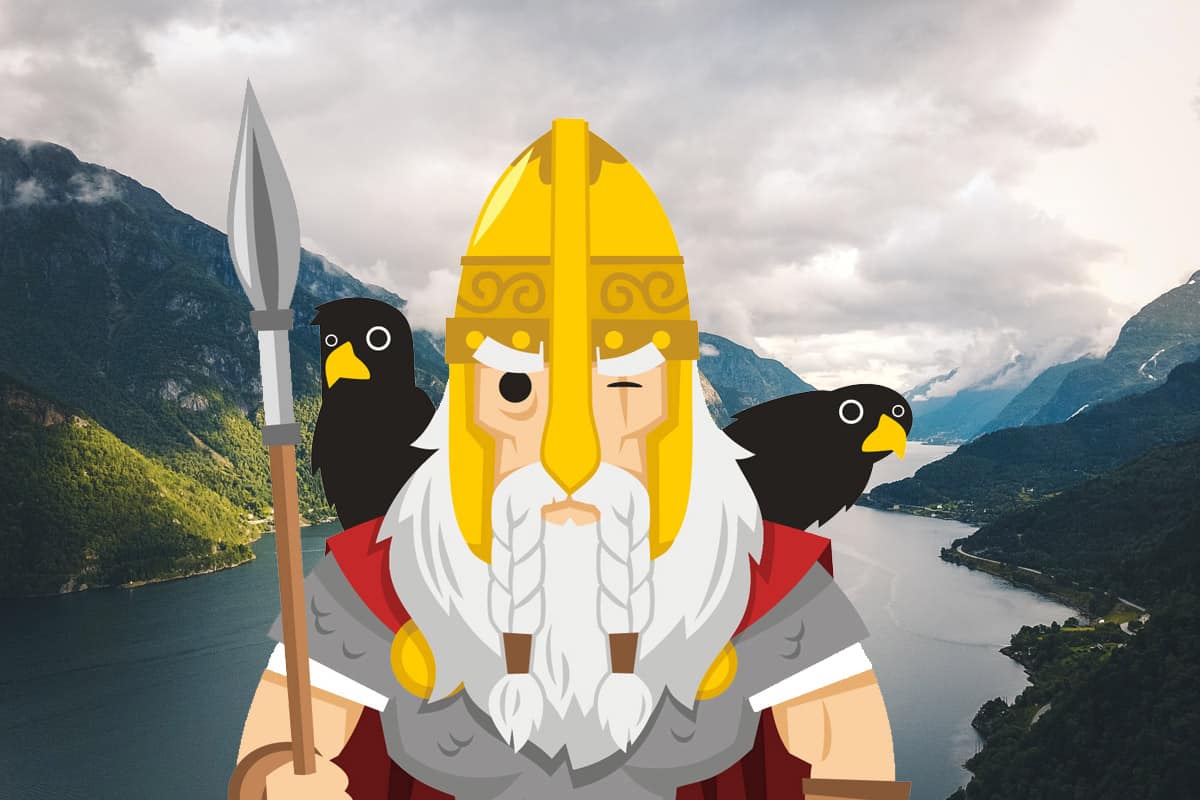 These 3 brothers were born into the Ginnungagap. They didn’t like the other giants and they certainly hated living in this void. A place without water, mountains or trees.

They decided that they would kill Ymir. They stabbed the huge frost giant and the blood that poured from his body flooded the land and drained all but two of the frost giants.

From the dead body of Ymir. Odin, Vili and Ve created much of the world. They made the earth and soil from his flesh, the mountains from his bones, the rocks from his jaw and teeth, his skill was the sky. They even used his brains to make the clouds in the sky.

The Creation of Midgard and the First Humans

The earth was said to be round and encircled by a ring of deep seas. The giants were allowed to live on the edge of this world in a large that would come to become known as Jotunheim.

But they were an aggressive bunch and would always try to invade other lands. The gods Odin, Vili and Ve used the eyebrows and eyelashes of Ymir to therefore build a great wall to keep the giants out. The land was now safe and could be lived upon in comfort. But something wass missing.

The gods were wondering along the coast one day when they came across two trees which had been ripped from the ground. One of the trees was an ash tree, the other was elm. Ash is thought of as strong and resilient, while elm is beautiful and graceful.

Odin positions the logs carefully and then began to breathe life in each of them. Vili gave them the gifts of intelligence and emotion. Finally, Ve carved the logs into the shape of humans giving them ears, eyes and lips with which to hear, see and speak.

The gods gave the couple clothes and left them in Midgard behind the strong walls safe from the giants and other creatures. The two humans were called Ask and Embla. 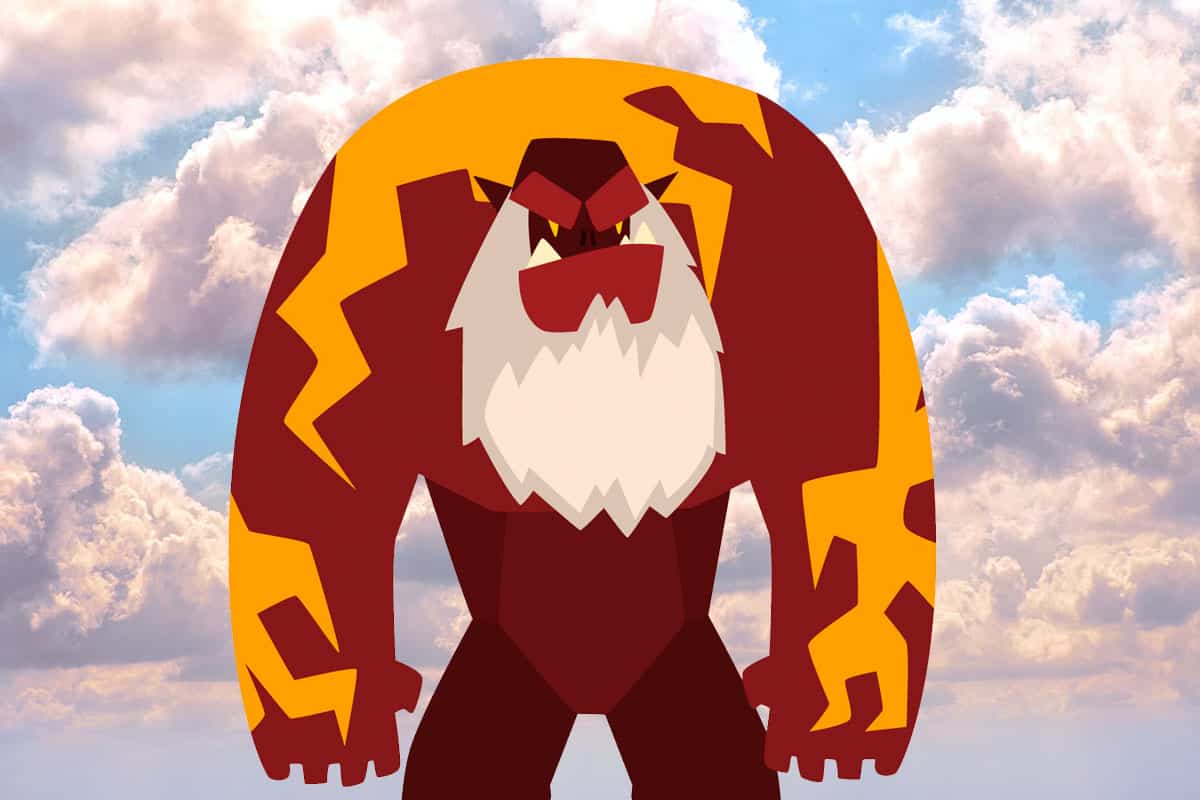 What Was Ymir the God Of?

Ymir was not a god, neither a Aesir or a Vanir. They was in fact a frost giant. Ymir was born from the glacial rivers that came from Niflheim. Ymir was the first giant, and certainly one of the first creatures in Norse mythology.

Ymir wasn’t a representative of anything like some primordial gods in say Greek mythology. They is more a symbol of the creation of the universe and from Ymir’s body is born much of the Norse world.

Is Ymir Male or Female?

In Norse mythology, Ymir is said to be both male and female. Ymir doesn’t require a partner to give birth as giants are born from either Ymir’s armpit or Ymir’s leg.

Ymir is raised in part by the cow Audhumla who feeds him from her milk.

What Body Parts Exactly of Ymir are Used to Build the world?

The creation myth from Norse mythology is pretty weird and very interesting. The characters involved are fascinating. The story also sets up much of the later problems between giants and gods.

There are lots of interesting characters in the Norse myths are we have written a great article about this topic. Also, if you wish to find out more about the frost giant Ymir we have a whole article about them.

Either way, thanks for taking the time to read this article. If you have any questions, or rather you wish to critique the article somewhat then feel free to do so below. Thanks in advance!