Skip to content
Home » 11 Giants in Norse Mythology: Who Are They? 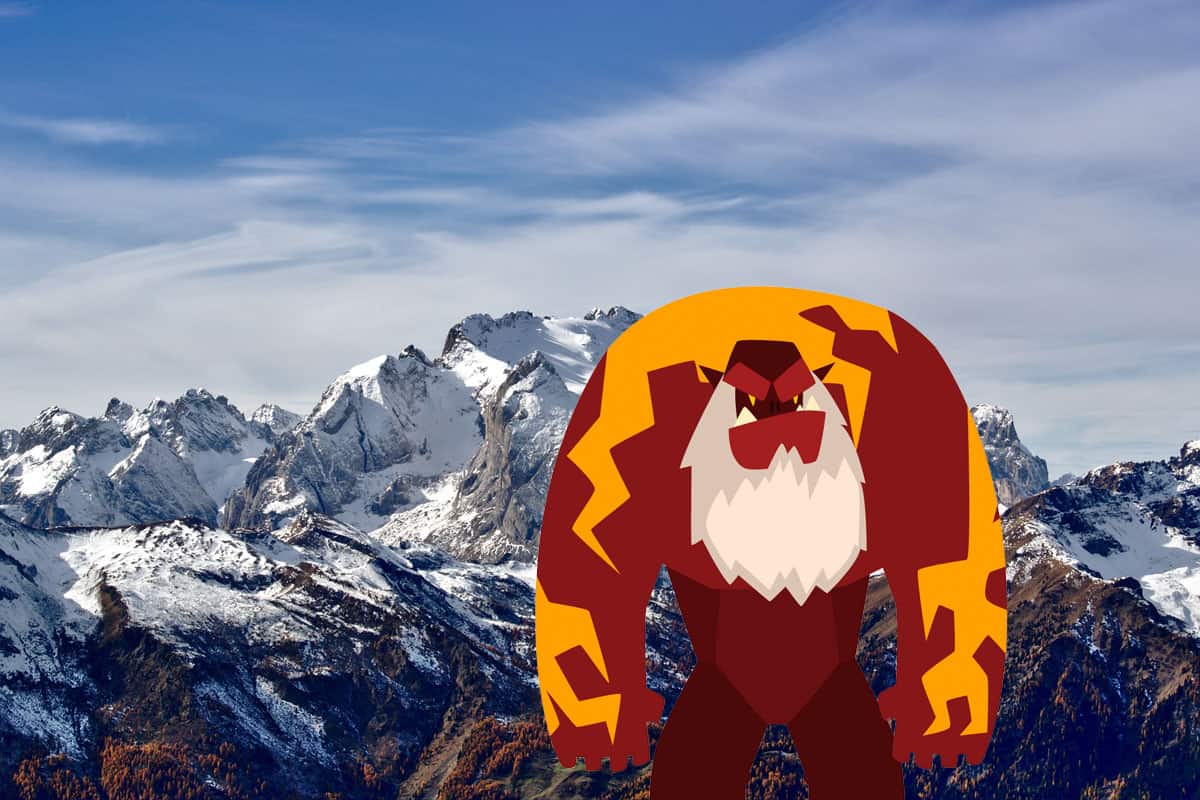 Norse mythology has its fare share of creatures and monsters. There are the gods, the elves, the dwarfs but lets not forget the giants. The giants are the enemies of the Aesir gods.

Many of the Norse myths involve some rivalry or another between these two groups. From the creation myth with Ymir, to the destruction of Asgard by the giants during Ragnarok.

What follows is a attempt to outline some of the key giants and their roles in some the Norse myths, enjoy!

Ymir was known to be the very first giant. He was created by the combination of fire and ice at the very beginning of time in the chasm of Ginnungagap. He was a hermaphrodite who produced offspring from his armpits and feet. These offspring were known as rime-giants, or the Hrimthurssar. Ymir was eventually killed by Odin, Vili, and Ve.

The most significant myth to which Ymir plays a huge role is in the creation of the universe. After Ymir is killed, the three gods take his body and create the Nine Worlds from it. They use his blood to make the seas, his skin and bones to make the mountains and trees, and his skull and brains to create the earth and the sky. Ymir represents chaos before order through creation. His body was considered to be the matter in which the gods could use to construct the world.

Loki’s father was known to be the giant Farbauti. His mother may have been either a goddess or a giant and was known as Laufey. Loki is also a shapeshifter who uses many different forms. He is said to be very handsome and likeable despite being at time sly and shrewd.

Loki plays major roles in almost every myth. He is a troublemaker who can’t stand people being happy or content. He thrives off chaos, quarrels, and gods and goddesses generally turning on one another.

He loves pointing out the god’s flaws and laughing both behind their backs and in front of their faces. The gods end up taking a considerable amount of abuse from Loki, yet they still considered him to be an honorary member of the Aesir. Eventually, he does cross a line and the gods end up binding him where he waits until Ragnarok. It is then that he is released and goes on to get his revenge on the gods who bound him and left him.

Fenrir was one of Loki’s sons that he had with the giantess Angrboda. His brother was Jormungand, and his sister was Hel. Fenrir himself was a giant wolf that is eventually bound like his father and left that way until Ragnarok.

The two myths where Fenrir plays the biggest parts are in his binding and in Ragnarok. While Fenrir’s brother and sister are sent away to different parts of the Nine Worlds, Fenrir is kept by the gods.

But, he grows way too fast and way too much. His jaws become big enough to reach heaven from earth. The gods and goddesses become too terrified of him and end up binding him. He stays that way until Ragnarok comes, in which he faces Odin and kills him. This was seen in a prophecy and comes to pass. Fenrir is eventually killed by Odin’s son Vidar.

Hel was the daughter of Loki and the giantess Angrboda. She was half-human and half undead creature. Her brothers were Fenrir and Jormungand. She was sent to the underworld by the gods who were fearful of all of Loki’s children.

She became the ruler of the dead and at times, was considered to be more powerful than Odin. No one who died and came to Hel could leave unless she said so. Her realm was dark and wicked, just like those she kept close by.

Hel’s biggest role in a myth is during Balder’s death. When Balder dies, his soul went to Hel. She keeps him there and refuses to let him go. When she is approached about letting Balder go, she says she will only release him if every single thing in the Nine Worlds sheds tears for him. The one who refuses is a giantess called Thokk. It is likely Thokk was actually Loki in disguise.

Jormungand was the offspring of Loki and the giantess Angrboda. He was a giant serpent and was also the brother to Fenrir and Hel. He inhabits the waters around Midgard, and can often be found being referred to as the Midgard Serpent. He was so large he could encircle the entire earth and bite his own tail.

Jormungand appears in a few myths in Norse mythology. He is a known enemy of Thor. This is important because when Ragnarok comes to the gods, it is Jormungand and Thor that end up facing one another. While Thor does kill Jormungand, Jormungand gets its revenge from beyond the grave, as its venom poisons Thor until he is dead.

Jormungand also appears in the myth about Loki’s children and the binding of Fenrir. The gods were so scared of Loki’s children that they had to capture them. For Jormungand, Odin threw it into the sea around Midgard where it stayed until it came onto land during Ragnarok.

The myth in which Skadi plays the biggest role is when she goes to the gods to avenge the death of her father. The gods make a bargain with her that she is allowed to choose one of them as her husband, but only by seeing their feet. She ends up choosing the feet that belong to Njord.

She becomes his wife, but she and Njord are incapable of agreeing on a place to live. While Njord is the god of the seas, Skadi loves winter and harsh climates. While the two do try to make things work, they eventually part ways. Skadi also plays a role in the binding of Loki. She is responsible for placing the snake above his head.

Surt was the ruler of Musphellheim. He was considered to be the watchman for the giants and waited for Ragnarok with his flaming sword in hand.

The biggest myth in which Surt plays a pivotal role is in Ragnarok. He ends up leading warriors and wolves that eat the sun and moon and throw the world into darkness. He also dons his sword made of fire that lights everything up around him, contributing to one of the biggest and most destructive scenes in Ragnarok.

Surt also plays an important role against the god Frey. The two battle against each other which results in Frey’s death. Surt may be representative of volcanoes and that which waits underneath the surface.

Aegir and Ran are husband and wife. They lived in a beautiful hall below the waters. They are often thought of as the divine powers of the ocean and are known for hosting the gods. They are also parents to nine daughters or the spirits of the waves.

His outburst ends up breaking his relationship with the gods beyond repair and results in him being bound in a cave where a snake drops venom on his head. Loki ends up staying that way until Ragnarok.

Family/description/powers – Hyrrokkin is a giantess who is known to have launched the ship Hringhorni. It was the funeral pyre for the god Balder. She was known to ride a huge wolf.
Significance or Importance in any myths, (if any) – Hyrrokkin doesn’t appear in any notable myths other than being the one to light the funeral pyre for Balder’s death. She is apparently also mentioned in a story titled Gylfaginning.

Thrym was known to be a rime-giant. He was sometimes known as the king of giants.

Thyrm’s most notable role in a myth was one in which he stole Thor’s hammer. Loki goes to him and finds out it was Thrym who took the hammer and he will only give it back if Freya is his bride. When Loki returns to the gods to let them know who has the hammer and what he wants, the gods devise a plan to get it back.

Thor ends up dressing up like Freya and Loki as his bridesmaid. The two gods go to Thyrm’s for a feast in which they trick Thrym into believing Thor is Freya. This results in Thyrm wanting to marry Freya on the spot. Thor’s hammer is presented and Thor is quick to jump out of his dress, grab his hammer, and kill Thrym.

So that’s your run down of the most important giants from Norse mythology. If you feel we have missed out anyone important then feel free to comment below.

Thanks for taking the time!