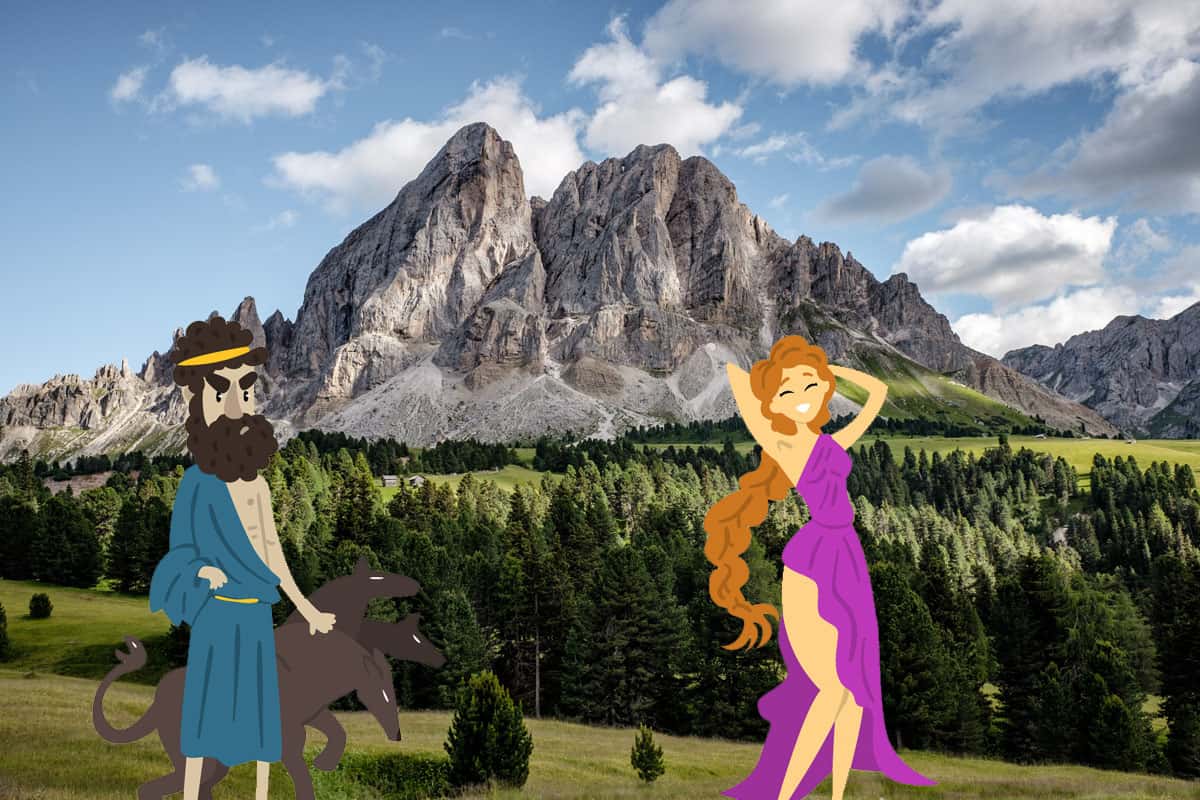 The story of the abduction of Persephone is an important tale. It involves a number of the Olympian gods along including Zeus, Demeter and Hades along with some important side characters.

At its heart is an on going feud between Zeus and Hades, but that not all. So, lets first address the question of why Zeus let Hades take Persephone.

Hades wanted a wife and one day upon seeing the beautiful Persephone, he asked her father Zeus for permission to take her as his wife. Zeus consented but he said that her mother Demeter would not agree to let her be taken. Hades devised a plan and one day when Persephone was out picking flowers the ground opened up and suddenly Hades appeared and abducted Persephone, taking her back to his underworld realm. The abduction lead to Demeter causing great famine across the land which was only solved when Zeus negotiated the release of Persephone for a portion of every year.

This tale of abduction and famine is both interesting and powerful. It shows a wicked and deceptive side to some of the major gods. It also shows the unjust nature of the Greek world. Let’s now take a deeper look at what exactly happened.

This myth has a number of different characters. It would be pretty useful to summarise those first so as to understand a little about how they all fit together in this story.

So, now we have laid out the main characters lets now jump into the story.

Hades Abducts Persephone to be his Wife

Hades was a sombre god, and he was happy to spend his days in the underworld watching over all the dead souls who had arrived from earth. He was however lonely without a queen.

One day, on one of his rare visits to see his brother Zeus, he spotted the beautiful goddess of spring Persephone. She was the daughter of Zeus. Hades asked his brother if he could take Persephone back with him to the underworld as his wife. Zeus was neither for the idea or against it, however he told Hades that Persephone was the daughter of Demeter, the goddess of the harvest, and that she would never agree to Hades taking her as his wife.

Hades returned to the underworld, but he had not given up with his plan. Some days later he spotted Persephone in a meadow picking wild flowers. He sprang into action. A great chasm in the ground opened near the place she was wandering in the meadow and out rode Hades in a great chariot. He grabbed Persephone and spirited her away, back down into the depths of the underworld.

When Demeter heard of the disappearance of her daughter she was distraught. She wandered the earth asking anyone and everyone she could as to the whereabouts of her daughter. Running out of hope, she eventually decided to ask Helios, the god of the sun. He was always in the sky during the day and would have seen everything that took place on the earth.

Helios confessed that he had seen Hades suddenly appear from the ground and abduct Persephone. Demeter was furious and angry. She caused great famine and drought to sweep across the land of Greece.

At this point, Zeus began to be worried about what was happening. If humans didn’t have food or water, they wouldn’t be able to worship or sacrifice to the gods. Zeus sent many of the gods to try and reason with Demeter and have her bring back the abundance to the earth. But she refused. Zeus would have to try and speak with Hades.

Zeus Negotiates the Return of Persephone

Zeus sent for the messenger god Hermes. He instructed him to head directly to the underworld and negotiate the release of Persephone. Hermes fly off with his winged sandals and soon arrived in the underworld in the company of both Hades and Persephone.

Hermes made his request of Hades, and stated that this was the wish of Zeus. Hades was at first reluctant to agree, but in the end he decided to relent. As Persephone was about to depart, he gave Persephone some pomegranate seeds to eat for the journey out of the underworld.

When Persephone was reunited with Demeter her mother was overjoyed. She embraced her daughter, but quickly suspected a trick of some sort. She asked her daughter if she had eaten any food while in the underworld. Persephone replied that she had.

At this news, Demeter was saddened once more. This mean’t that Persephone would have to spend some part of the year back in the underworld. In the end Zeus negotiated that Persephone would spend two thirds of the year above ground with her mother and one third below ground. This story of year cycles is said to be the reason for the changing seasons in Greek mythology.

Persephone was married to Hades and she became the goddess of the underworld. She was to have two children, Melinoe and Zagreus. Zeus, who came to Persephone in the form of Hades, was actually the father of these two children.

Persephone actually features in a number of follow up myths. There is the myth of Orpheus and his rescue of his wife, along with her meeting of Heracles when he was attempting to kidnap the guard dog Cerberus.

So there we have the myth of Persephone and her abduction by Hades. This is one of the more dark stories from the Greek myths. Persephone was a truly tragic character.

Both Demeter and Persephone were popular goddesses amongst the Greeks. Demeter was the found of the Eleusinian Mysteries and developed a very strong cult following that last many centuries.