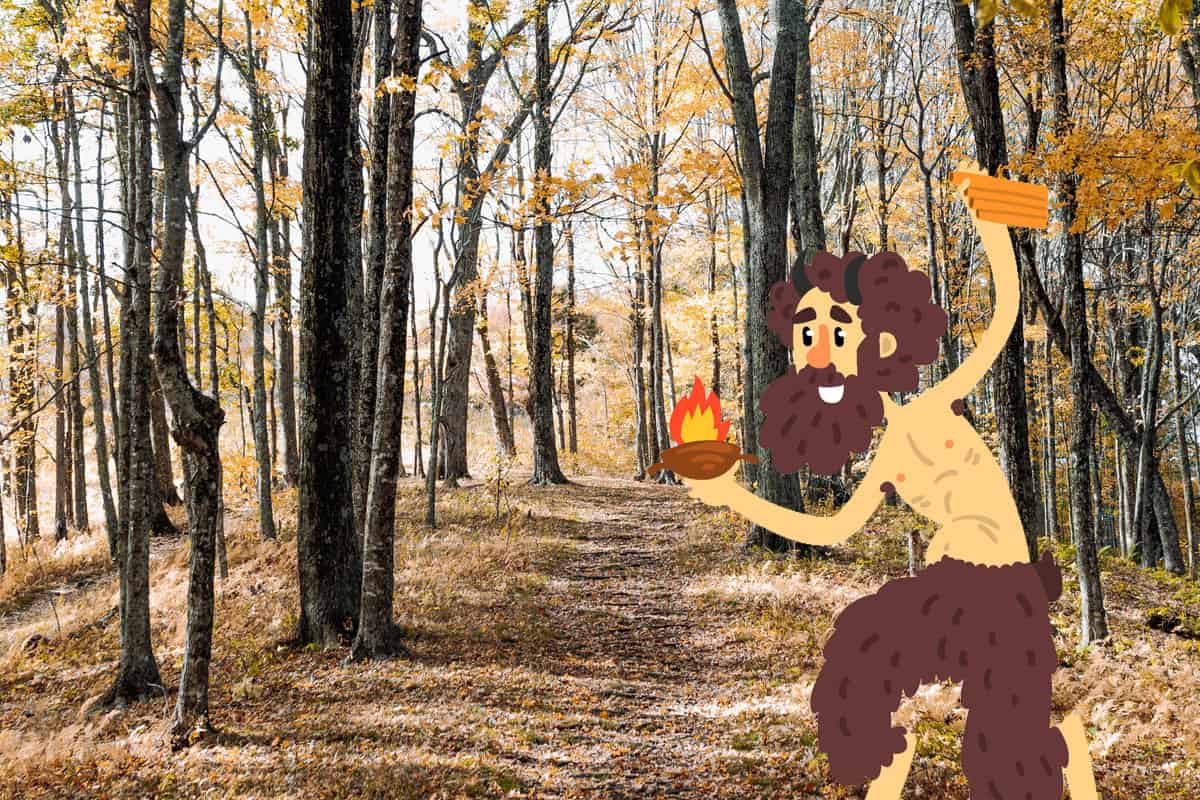 Pan’s name is well-known to us in the west, but do we know why he is important? Though the god himself isn’t discussed as often as the Twelve Olympians or Hades, his image is quite striking.

He’s the goat-like satyr god of nature who watches over shepherds, wild music, and loose sexuality. Though not evil, he is sometimes associated with the Christian Satan. He also holds the questionable distinction of being the only Greek god who died permanently! He is often related to modern witchcraft and paganism.

What Was the Role of Pan, and What Are Some of the Key Myths in Greek Mythology?

Pan either predated the Olympians or was a son of Hermes. Like his father, he is often shown to be playful and whimsical. However, he had a severe side; he created panic with his shouts even in the Titans and supported the Athenians against the Persians in warfare. Some of the most significant Pan myths include:

Seducing the Moon – Pan was a renowned womanizer who often chased after nymphs for sexual conquest. His depictions often have an erect phallus, and he is usually naked! One of his greatest seductions was that of Selene, the moon goddess (who was also a personification of the moon). Pan wrapped himself in sheepskin so that Selene wouldn’t see his goat hide, then brought her from the sky to the forest, where they were joined together.

Challenging Apollo – Pan was incredibly audacious even amongst the Greek gods! He once took his lyre and boasted that his skills bested even those of Apollo, God of music. King Midas was one of the judges of this contest, and he was a faithful follower of Pan. Although Apollo’s playing was clearly superior, Midas voted in Pan’s favour. In vengeance, Apollo turned Midas’s ears into those of a donkey!

The Battle of Marathon – The Athenian runner Pheidippides was on his way to Sparta to rally for help against the invading Persians. On his way, he met the God Pan. The two had a conversation wherein Pan asked Pheidippides to encourage the Athenians to worship him. Pheidippides promised, and during the battle, the Persians panicked as if from nowhere and retreated. Afterwards, the Athenians regularly made sacrifices to Pan in thanks for his help and to keep the promise of Pheidippides.

Scaring the Titans – Pan liked to nap, and he didn’t want any interruptions from those naps – not even for something like a war between the Olympians and the Titans. The legend says that it woke him, and he roared out loud in protest, which put such fear (or panic) into the Titans’ hearts that they retreated enough to give the Olympians the upper hand.

Death – “The Great God Pan is dead!” is a repeated cry in poetry and ancient writings, and it’s sourced to Plutarch. In De Defectu Oraculorum (“The Obsolescence of Oracles”), Plutarch describes how the sailor Thamus was bid by a divine voice at sea to report the death of Pan to the people.

How Many Pans Were There?

Perhaps unsurprisingly, given his name meaning “all,” there were many, many versions of this particular god in both Greek and Roman mythology.

There are several different myths involving various aspects and offspring of Pan. In Nonnus’s Dionysiaca, the twelve sons of Pan helped the god of wine in his battle against the Indians. The sons were both the children and aspects of Pan, and they were collectively known as the Paneides. Their individual names and the meanings behind them were:

There were also two aspects of Pan known as Agreus (hunter), who was a wise prophet, and Nomios (shepherd), who was a seducer and wild man. These names are shared with several other gods of hunting, shepherding, and others.

Aegipan (literally, Goat-Pan) was the father, son, or simply another version of Pan, depending on the myth. He is sometimes Zeus’s son. Occasionally, he is half-goat and half-fish. During the god’s battle with the Titans, he and Hermes restored Zeus’s strength and sinews after they were stolen away. He is associated with Capricornus, the Capricorn constellation.

Aegocerus was not another god or aspect, but rather simply an epithet of Pan. It was used when Pan was pictured as a human with goat horns, and literally means “goat-horned” – the moniker was nothing if not literal!

The Roman aspect of Pan was named Faunus – the satyrs in Roman myth were replaced by fauns. The God Indus was a version of Faunus, and Pan ho was said to be responsible for the fertility of cattle. He was also associated with the Roman God of the wild, Silvanus. Silvanus was a forest god who also played the syrinx and symbolized great fertility.

What Part Does Pan Play in Christian Mythology?

When Greece became Christianized, many of the god-related traditions were adapted to fit into the new approach to religion. Pan’s goat-like appearance and “immoral” sexual prowess linked him to Satan, though the characteristics were limited beyond this. As well, his death is often seen as the event which symbolically transferred belief and society from the Greek gods to the Christian God.

Pan’s death is also meaningful in another way. His name means “all” (like in “pantheon,” all gods, or “pandemic,” all people). Some Christian scholars interpreted Thamus’s declaration to mean the death of all demons and the birth of Christ.

In Paradise Lost, John Milton specifically mentions Pan’s death when describing Pandemonium, the capital of Hell. Its name literally means “every spirit” or “every demon,” lending credence to this interpretation to scholars of the time.

What Role does Pan Play in Modern Neopaganism and Witchcraft?

In the 20th century, a modern paganist revival has made something of Pan as part of the new religion. In Murray’s The God of Witches, she argues that Pan is one aspect of the Great Horned God who is worshipped by modern witches and pagans. Pan’s association with nature is part of the reason for this, as is his virility and sexuality. Other aspects of the Horned God in Wicca include the Celtic Cernunnos and the Hindu Pashupati.

In 1975, Scottish scientist and writer Robert Ogilvie Crombie wrote two books in which he described meeting the God Pan in the Scottish capital of Edinburgh. According to The Findhorn Garden and The Magic of Findhorn, Pan also appeared at the Findhorn Foundation headquarters and on the island of Iona.

Pan is invoked even today for Wiccan and paganist fertility rituals, harvest festivals, and other such important events. His legendary syrinx, also known as pan pipes or a pan flute, is symbolic of natural music.

Pan is a God who continually evolves to match his surroundings at the time, and still does so even today. Whether he is in his original form (such as in Percy Jackson) or symbolizing a whole other religion (the Wiccan Horned God), it’s clear that Pan is still very relevant. He was and is considered a more “mystical” god than the Twelve Olympians, both coming from them and predating them.

While the Olympians represented civilization, Pan represented the wild and something more primal amongst the gods and amongst all of us. Perhaps that is why he had so many aspects and why so much knowledge of him endures today even across religions and faiths.

2 thoughts on “Why is Pan Important?”