Skip to content
Home » 2 Symbols of Hestia: What are They? 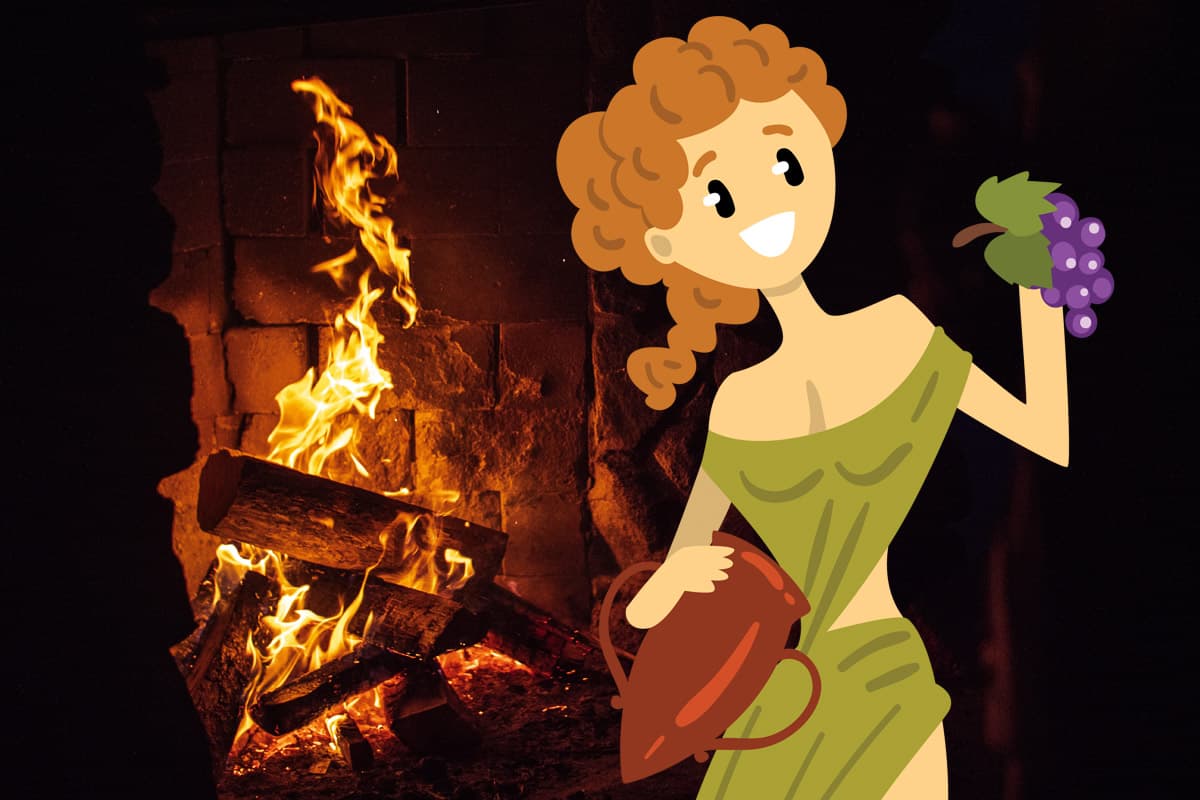 Content with existing in the background, depictions of Hestia are rare and little is known about it as very few stories exist. In the few artistic models we have of her, she is demure and quiet, sometimes wearing a veil of modesty, sitting on a simple throne and having no clear emblem. She is most often identified by the existence of a hearth or small fire.

Her symbols are those of her domain and it really was as simple as that. Hestia might be the only Greek deity unfettered by jealousy and confusion. Much like the fire of the hearth – she lacked drama and kept steady through the night.

What are the Symbols of Hestia?

The hearth is the heart of the home – it provides a central location for heating the home, for comfort and safety from the elements, and all the necessities for running a home. It provided a central point of order for a family and their life to revolve around.

Sister to Zeus, Poseidon, and Hades, Homer describes Hestia as the first to be devoured and the last to come back up in reference to Cronus’ heinous acts of eating his children in a failed attempt to thwart a prophecy. After the war against the Titans and when Zeus took the throne, he tasked Hestia will keeping the heart warm, heated, and the people of Olympus well fed. It was a duty she took very seriously. So much so that Homer continued to describe her as chief of the goddesses amongst mortals.

In ancient Greek culture, it was here that people offered burnt offerings up to the gods and provided due honor to Hestia for keeping the hearth safe.

The hearth itself symbolizes warmth, safety, light, love, and family. Such was her dedication to these things that Hestia ultimately chose to keep out of the family drama. In her determination to hold true to the things she stood for, she rejected marriage in its entirety after receiving proposals from both Poseidon and Apollo. In rejecting marriage, she also vowed eternal virginity. Unlike her siblings with their many lovers and extramarital affairs, she chose to do otherwise, committed to the other end of this extreme spectrum that is Greek deity relations.

What is a hearth without its fire. In the case of Hestia, we’re not talking about fire in its full, uncontrolled sense. We’re talking about fire and what that means for heating a home, cooking a meal, and feeding a family. Fire, as it pertains to Hestia, is about safety and warmth at its very core.

Fire is often symbolic of eternity, passion, and assertiveness. Fire, like most things, must also be controlled and held in balance. Uncontrolled, it leads to grand and catastrophic levels of destruction. But when utilized properly and kept tamed, it is a survival tool and a tool for innovation. It could be used for food and warmth, metal working, and more. This is the same tool that Prometheus experienced extreme punishment for giving to the mortals against Zeus’s wishes.

Once Zeus got over that, Hestia was charged with protecting that same fire, particularly in its controlled form. Her association with this fire also gives her domain over sacrifices. In Hellenic cultures, sacrifices to the gods were frequently offerings burnt at the hearth. Her duties included protecting and securing these gifts.