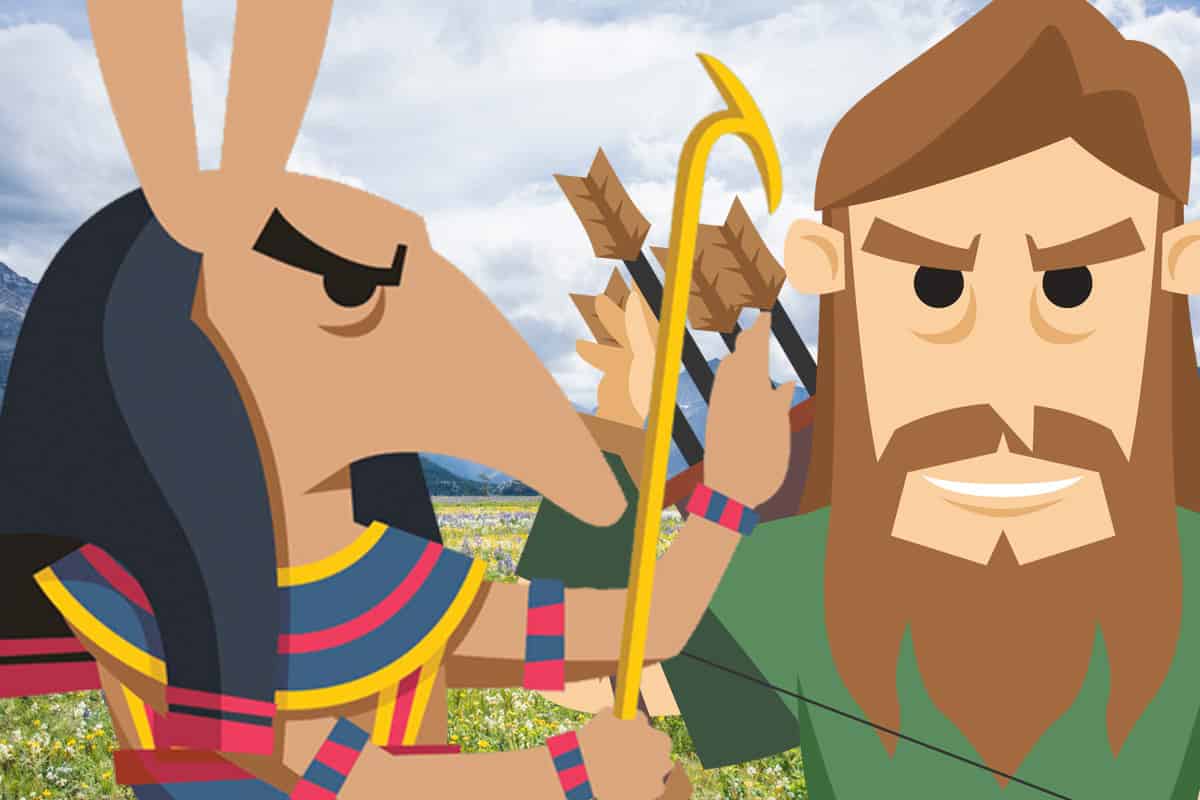 Even though Egyptian mythology and Norse mythology were around thousands of years apart, the two have some striking similarities. At the same time, the two religions couldn’t be more different.

Egyptian and Norse Gods are very different. Egyptian Gods are representative of actual things in life through personification, most notably the sun. Norse Gods however, represented more abstract concepts like fertility and war. Although both treated the deceased differently, one cremating bodies and the other mummifying them, both mythologies believed in leaving the deceased with physical items to help them in the afterlife. The most interesting similarity is the view of the soul. Egyptians believed there were two parts of the soul and the Vikings believed there were four parts to it.

This article explores Gods and the afterlife for both mythologies. It’s shocking just how close some things are.

So, What is the Difference Between Egyptian Gods and Norse Gods, Really?

Egyptian Gods are the personification of things and animals, this differs from Norse Gods who are more similar to Greek Gods in that they represent concepts and themes.

Egyptian mythology predates Norse mythology by thousands of years, so it comes as no surprise when Norse mythology has a little bit of overlap. Despite this, the two are very different with not much overlap to begin with.

Both used their mythology as a way to explore the world they were in at the time. However, these similarities seem to stem more from inherent human circumstances that people have tried to explain throughout time. Both hold a polytheistic view, having multiple Gods in their arsenal.

Norse mythology had many Gods that were worshipped, but like many other polytheistic religions, there were some main players. These Gods were the most prominent and held the largest values to the religion and community as a whole.

There weren’t many Vikings who didn’t believe in these Gods and the culture was very much intertwined into everyday life.

Egyptian mythology is one of those that had more Gods than people could keep track of. It is believed that there were over 2000 different Gods that were being worshipped simultaneously. Just like in Norse mythology however, they also had some main players.

Many Gods were depicted as animals or the very least, animal and human mixes. They also had a lot of Gods that covered the same general thing. For example, there are many Gods and Goddesses that reside over the sun and sky in some capacity.

The most interesting difference between the two mythologies is their belief in the afterlife. In Norse mythology once someone is dead, that’s it, sort of. They saw life as something cyclical, you either become a warrior in Valhalla or something else. What happens to the common folk who could not pick up a sword and fight is not really documented.

One of the most interesting things is the Norse view on the body. Completely different from Egyptian belief, cremation is a necessity. The smoke from the body is what helps the soul travel to its final resting place. The Vikings believed in the soul having four distinctive parts: “Hamr”, “Hugr”, “Fygja”, and “Hamingja”.

Norse funerals would include a funeral pyre, usually a boat on a lake, that was then set ablaze to burn the body. Other pyres could be a stack of logs on land or something similar, but this was less common. Included in these pyres were weapons and everyday items of the deceased that they could use in the afterlife. Some of these went as far to take slaves and pets with them.  The inclusion of these items is similar to Egyptian mythology.

Egyptians believed in a continuous life cycle. Once you died it wasn’t like getting sent to one place and you have a whole new life. It would mean that your life would continue (somewhat) as it was before death. This is why people were buried with all of their riches, servants, and even family members sometimes.

Unlike Norse mythology, the Egyptians believed the body was sacred and needed to be preserved for the soul of the deceased. This is why mummification and tombs/pyramids were so common. The mummification process was to provide sanctuary for two things “Ba” and “Ka”. These are the two elements of a person’s soul according to the mythology.

Something Egyptians would do to help the deceased pass into the afterlife was drawing on the walls of the tombs different symbols and even spells. 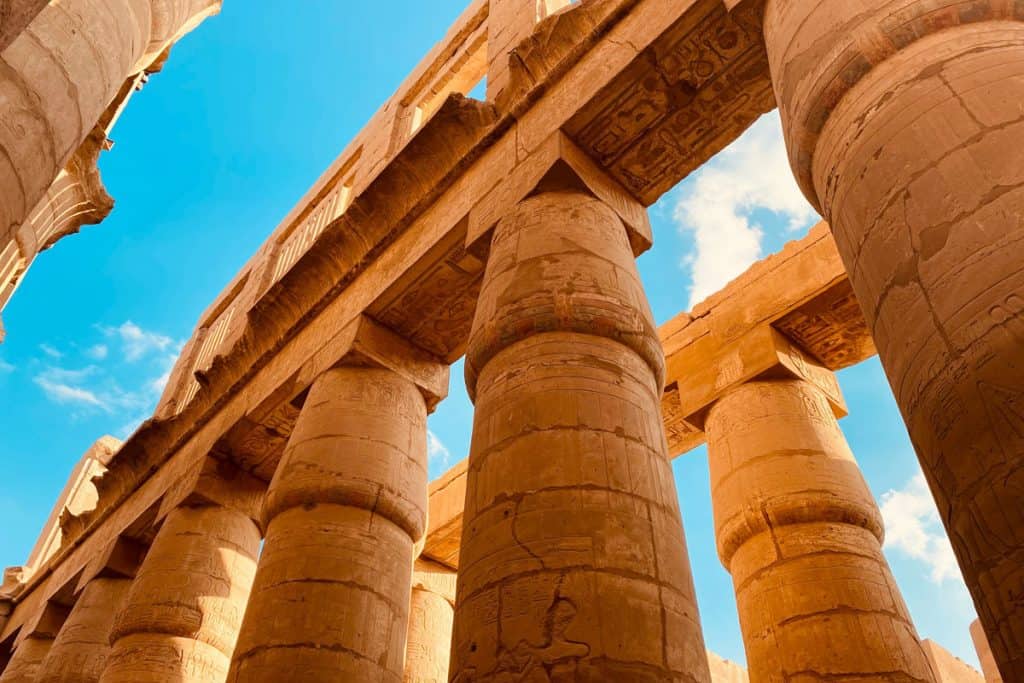 Hathor was the Egyptian goddess of the sun. She was the wife or consort of … 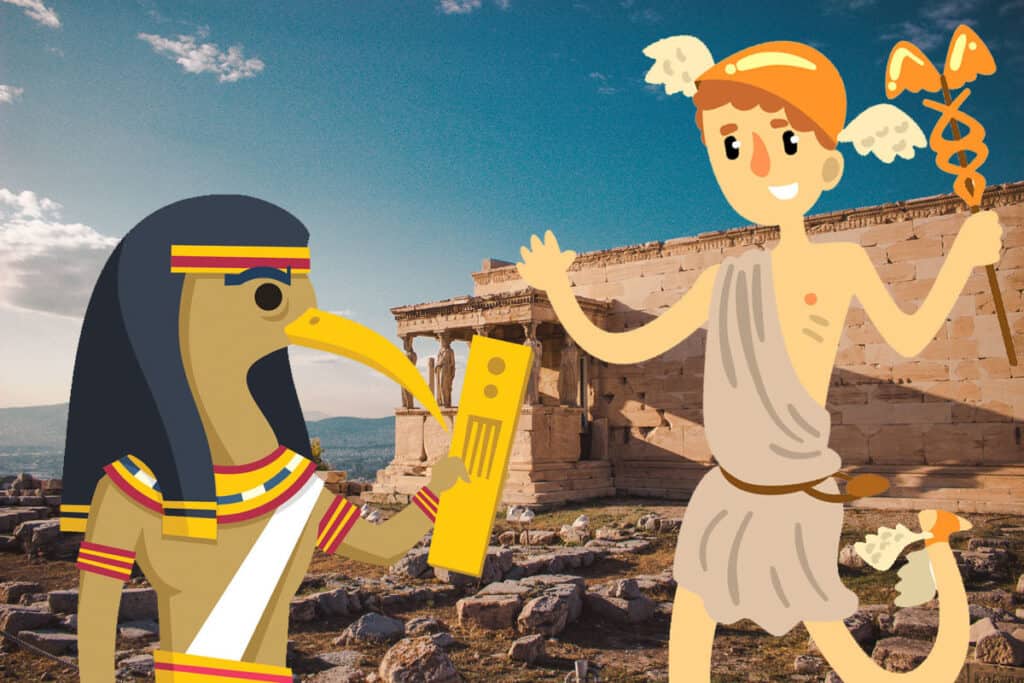 Thoth and Hermes: What is the Difference?

Thoth and Hermes were a scribe and messenger in their respective myths, but both actually … 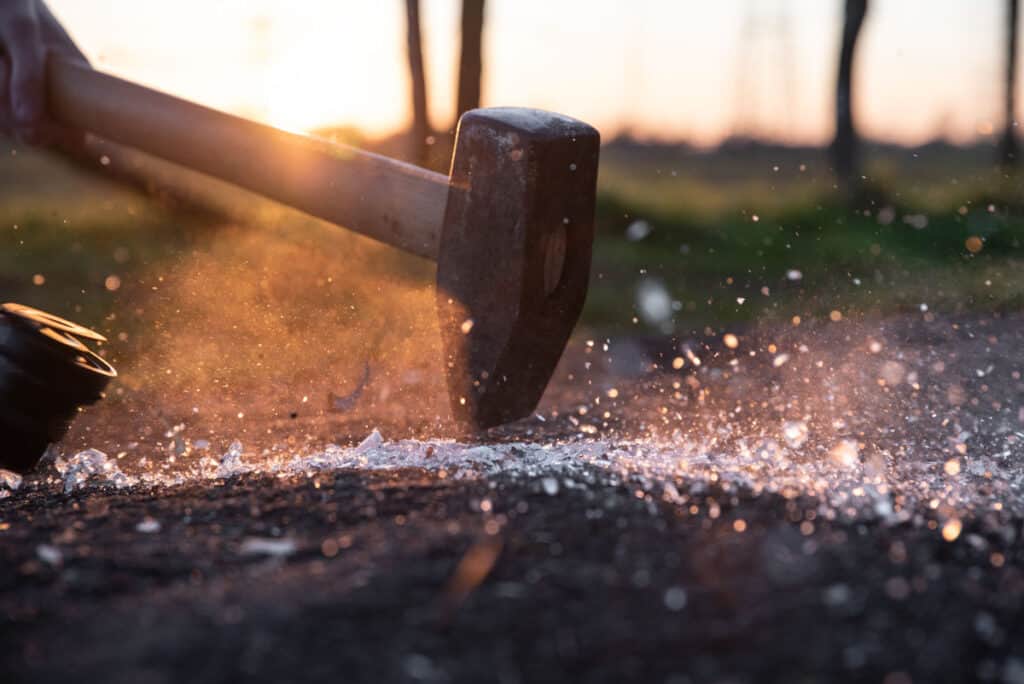 Why Did Thor Dress up as a Bride? 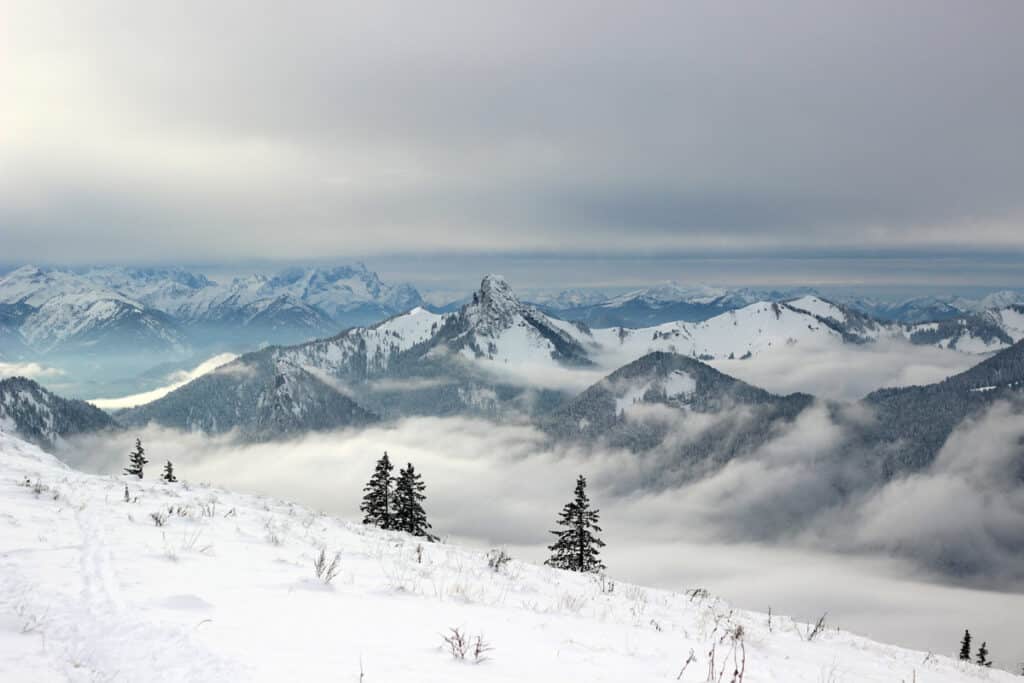 The Norse and Germanic gods have experienced quite the revival with many books, movies, and …