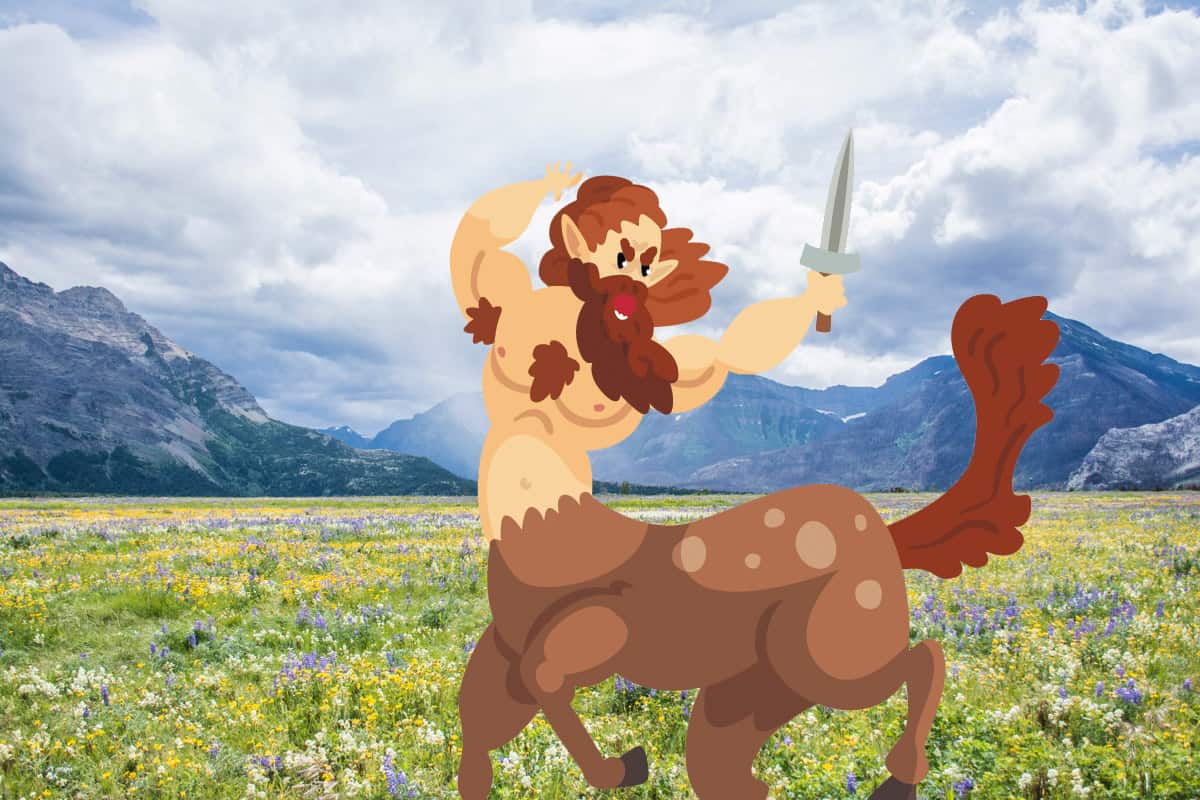 Centaurs, creatures with the head and torso of a man and the lower half of a horse, are some of the most famous mythological creatures of all time. There are (broadly) two kinds of centaur – the wise, noble fighter and teacher, and the wild, brave, uncivilized roamer.

These types descended from separate genealogies. They are creatures of ancient Greek mythology and were very much tied up in the stories, trials, and tribulations of the gods of Olympus and other deities in the pantheon.

The following facts shed some light on their origins and stories, past and present.

A Few Facts about the Amazing Centaurs

1. Most centaurs were the children of Ixion and Nefeli

Zeus brought Ixion, a man who had slain his own father-in-law, to the table of Olympus to give him a second chance. However, Ixion lusted after Hera, despite how much he said he’d changed. To test him, Zeus modeled a cloud into a nymph, Nefeli, who looked exactly like Hera. From that union came the centaurs.

2. Some were fathered by Zeus

Zeus fathered centaurs the horned centaurs of Cyprus. These came to be after his advances were rejected by Aphrodite and he spilled his seed on Cypriot ground.

3. Centaurus was often humanoid and only his offspring were half-horse

He was a deformed child who lived in exile and mated with horses when he grew in isolation in Pelion.

4. The most famous centaur, Chiron, was not actually related to the other centaurs

He was the son of Kronos (in the form of a stallion), making him a half-brother of Zeus and the other original gods. His mother, Philyra, was disgusted by her son and abandoned the baby. He was saved and fostered by Apollo, who taught him music, medicine, prophecy, and other skills.

5. Chiron taught many of the significant Greek heroes

His most famous student was Achilles, whom he helped raise from childhood and who considered him a foster-father. Other students included:

6. The centaurs once fought a great war against their cousins, the Lapiths.

Lapithes was the twin brother of Centaurus, making their offspring cousins. The centaurs tried to kidnap Hippodamia on her wedding day to Pirithous, son of Ixion and king of the Lapithae. The following battle was known as the Centauromachy. While the fight was even at first, the Lapithae were joined by Theseus, best friend to Pirithous. Theseus turned the tide against the centaurs, and they were all driven away or killed.

They were incredibly beautiful women in every description, even with their horse bodies. In Philippine mythology, a similar creature called the Anggitay was also half-woman, half horse.

8. The constellation and Zodiac sign Sagittarius is a centaur

It has two origin stories. In one, it is a direct representation of Chiron or Centaurus. In another story, Chiron placed Sagittarius and Centaurus in the sky to guide the Argonauts by their light in their search for the Golden Fleece.

Some include (with some examples):

For those who did not come from a culture where riding horses was the norm, seeing tribes on the backs of horses must have been extremely hard to process! Since they could not communicate, it would be easy to think of them as some sort of mysterious mythological creature.

10. Another wise centaur, Pholus, was also genealogically different from others

His father was Silenus, a companion and tutor of Dionysus, and his mother was an ash-tree nymph. Pholus was a friend of Heracles. One day, Heracles went to drink wine with him. The scent of wine attracted marauding wild centaurs to the cave, where they began to attack. Heracles managed to win, but Pholus was accidentally speared with poison and he died as well.

11. The centaur Nessus had poisonous blood and he and Heracles killed each other

Nessus kidnapped Deianira, Heracles’s wife. He carried her to the opposite end of a river and tried to rape her. When Heracles realized what was going on, he shot the centaur with one of his poisoned arrows. As Nessus lay dying, he tricked Deianira into believing that his blood could protect Heracles forever.

Deianira believed him and spread his blood on a tunic which she gifted to her husband. Heracles put the tunic on, and the poison led him to a slow, agonizing death, enacting Nessus’s revenge from beyond the grave. Nessus was a son of Centaurus.

12. The centaurs Rhoecus and Hylaeus met a swift end at the hands of Atalanta

The huntress and heroine Atalanta, follower of Artemis, was as beautiful as she was formidable. When she was living in the wild, these two centaurs found her and decided that her beauty must be theirs. As a team, they tried to capture and rape her. Before they even had a chance to touch her, Atalanta had brought them down with her bow.

Why are centaurs so well-known when compared to other equally fantastical beasts from ancient mythology? Just like mermaids – their aquatic equivalent – they personify the liminal space in the border between worlds. Halfway man and halfway wild, halfway civilized and halfway free, they represent the duality in every person.