Skip to content
Home » Aphrodite and Freya: What is the Difference? 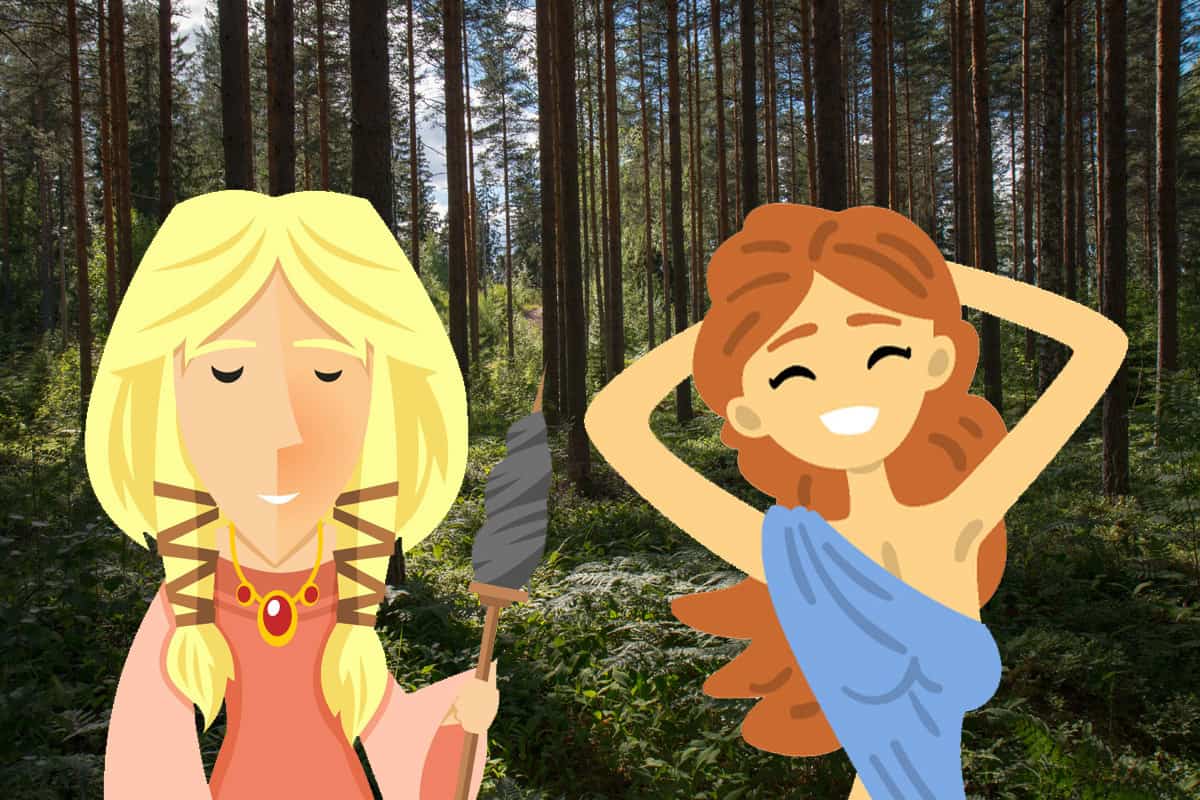 Aphrodite was the goddess of sex and love in Ancient Greek myth, and Freya served a similar role in Norse mythology.
But how did these two goddesses compare?

Though their domains were very similar, Aphrodite and Freya did not actually have much in common either mythologically or in personality. One of their commonalities was their relationship with the head of the pantheon. Freya was not Odin’s daughter, but was often treated as such, and Aphrodite had a similar relationship with Zeus. However, while Odin relied on Freya’s dedication, Zeus feared Aphrodite’s impulsiveness. He married her to Hephaestus to prevent trouble – but only caused more of it! Freya also helped the other gods in many myths, while Aphrodite’s driving force was being the center of attention at all times.

What’s the difference between Aphrodite vs. Freya?

Aphrodite was a product of Uranus’s shorn genitals, which landed in the sea, from which Aphrodite rose as foam. In the Iliad, her parents were instead Zeus and Dione. Through Uranus, she is sister to the Titans, the Furies, and others. Thalassa was the human personification of Aphrodite’s mother the sea and was mother to all sea creatures.

Aphrodite was married to Hephaestus, but she also took several lovers, with whom she had many children. Her most famous love affairs were with Ares and Adonis. Some of her most famous children were Eros, Phobos and Deimos, and Hermaphroditus among others.

Freya’s father was the Vanir god Njörðr. He and his unnamed sister produced twins; Freya and her brother Freyr. She was married to Óðr, and they had two daughters, Hnoss and Gersemi. Gerðr was her sister-in-law and her nephew was Fjölnir.

Freya is sometimes identified with Frigg and her husband as Odin. In this case, she has many sons, including Thor and Baldr.
She had two cats, Bygul and Trjegul, and a boar, Hildisvíni. Her stepmother was briefly Skaði, though the marriage failed quickly.
Unlike most gods, both Freya and Freyjr were members of both the Vanir and the Æsir.

Aphrodite could make anyone fall in love. Her mythology focused on her jealousy or anger, or on some love affair that she was either involved in directly or set in motion! Though Zeus married her to Hephaestus, she never loved her husband, and much preferred her other consorts. Her greatest loves were Adonis and Ares.

Aphrodite’s vanity was one of the direct leads to the Trojan War. She took part in a competition with Hera and Athena to decide which was the most beautiful. She won the golden apple from Paris, declaring her the fairest of the gods. As a reward, she gave him the love of Helen of Troy – an act which would directly lead to the infamous Trojan War when Helen’s husband went to war to win her back.

She favored the mortal, Adonis, above all others. Aphrodite cursed Adonis’s mother, Myrrha, to become a tree for claiming to be more beautiful than her. Myrrha birthed Adonis but remained a tree. Aphrodite found him and took him to the underworld to be nursed by Persephone.

Later, the two goddesses competed over who loved him the most. Zeus decreed Adonis should spend a third of the year with each and the other third with whoever he preferred. Adonis chose Aphrodite, and they loved one another deeply. He was gored by a bore while hunting. Sometimes the boar was sent by Artemis, other times by a jealous Ares.

When she found him dying, Aphrodite held Adonis in her arms, where he died. As she wept, anemones sprouted wherever his blood had spilled. She also pricked her finger, and the blood from it made white roses turn red.

Hephaestus once caught Ares and Aphrodite in flagrante delicto. He captured them in a net and dragged them to be shamed at Olympus.

As well as love and sex, Freya was associated with war, sex, gold, love, beauty, and seiðr, a kind of magic. She was conflated with Frigg, the goddess of foresight who was Thor’s mother, in a number of stories, and scholars think they may have evolved from the same source. Freyja had many names for her different aspects. She was known as Vanadís (daughter of the Vanir), Gefn (the giver), and Skjálf (shaker), amongst others.

Around half of those slain in battle went to Valhalla, the glorious halls ruled by Odin. The other half went to Fólkvangr, the heavenly fields, which Freyja ruled from her hall known as Sessrúmnir. She was responsible for and took great care of this half of the dead.

She was constantly sought after by powerful giants who wished to marry her, but she could handle her own even with her husband’s frequent absences. She also served as a help to all of the gods and helped humans who struggled with fertility.

She also owned the necklace Brísingamen, which she won from the dwarves after spending a night with four of them one after another, and battled for the necklace with Loki. Freya owned a feathered cloak made of falcon quills which could allow the bearer to fly anywhere. She often loaned it to the gods to help them on their missions and journeys, especially when rescues were involved.

Unlike Aphrodite, Freya was said to love her husband deeply, and in fact is not noted to have had affairs or other children. Theirs was a mutual affection, and they named their daughters as their most valuable possessions. Hnoss’s name meant treasure and infant, while Germesi’s meant another kind of treasure.

Freya was very compassionate and during several battles she cried tears of red and gold rain.

Freya and Aphrodite were both goddesses of love and sex, but both were very different in personality. While Aphrodite was flighty and represented free love across many partners, Freya displayed loyalty in love – though she took a much more casual attitude to sex in general, and seemed not to associate the two.

While Aphrodite’s vanity was an important aspect of her character, Freya was very happy to take a supporting role.