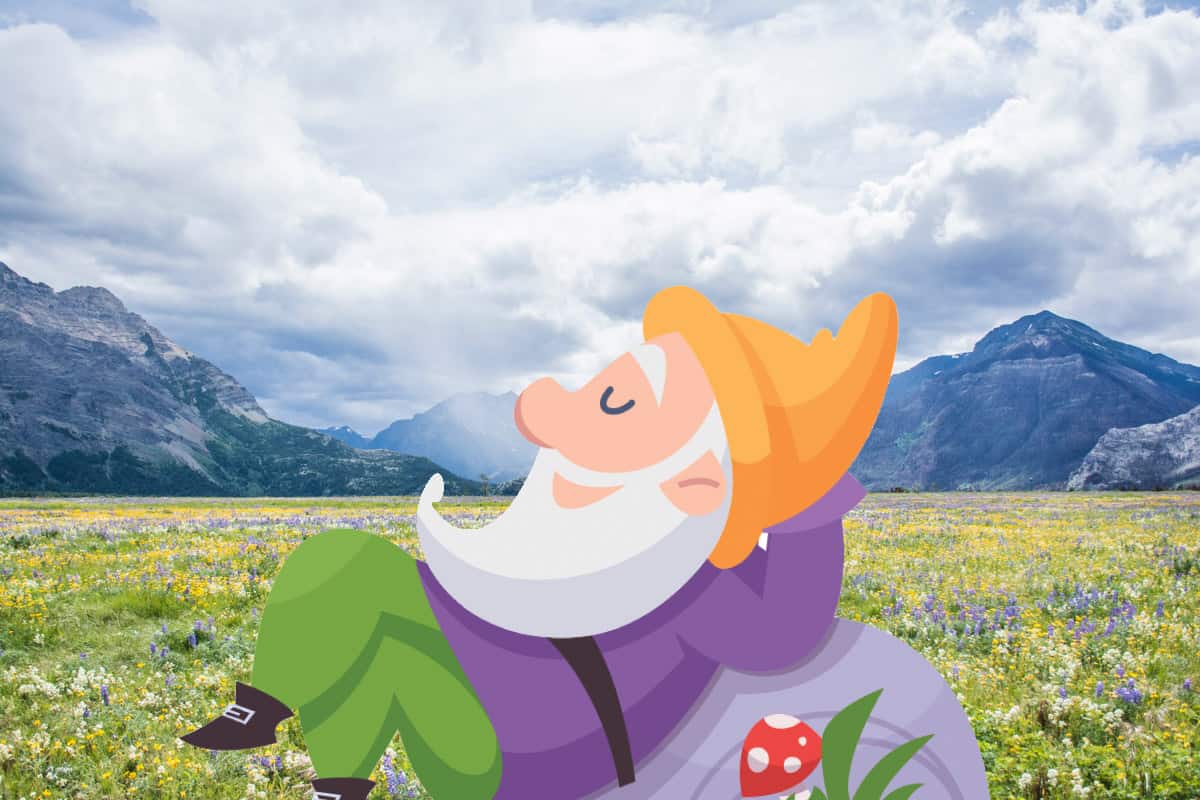 Gnomes today come in a variety of colors. They may be the bright garden gnomes or the fantastical creatures portrayed in the media.

Early European folklore describes the color of gnomes as pale or tanned skin who wear earth-colored clothes. Modern culture portrays gnomes as short men with white beards who dress in solid colors like red or blue.

Over time, cultures have generated their own ideas of how a gnome looks. This article will explore some background as well as modern depictions.

Early Gnomes Came in a Variety of Colors

A gnome’s region of origin usually influences its color. Being fictional creatures, they often look like the culture that designed them. Gnome folklore originated in Central and Northern Europe. A typical depiction involved a short creature with fair skin who could travel through the earth.

Other depictions displayed a creature akin to a goblin with skin and clothes that were dingy and gray. This creature was less intelligent and more animalistic.

The garden gnome fad started in the 1800s with German ceramics maker, Philip Griebel. He designed the traditional garden gnome to be a brightly colored humanoid figure. These gnomes were generally fair-skinned with white beards.

Painters would color them in either bright blues or reds.

There are other models with various shades of skin and darker colored clothes. Some models may even reflect a different ethnic background. But this is uncommon, and most are custom-made.

Modern depictions of gnomes portray them in a variety of shapes, sizes, and colors. Most of these depictions depend on the fantastical universe that the gnomes live in.

In the role-playing game, Dungeons, and Dragons (DnD), gnomes have a civilized appearance. They appear in a classic variety of colors, most of which are earth-toned. These colors may include reddish tan, brown, or gray.

Gnome subraces in DnD vary, as does their hair color. Brown, orange, blonde, and black hair are all possible shades for gnome hair. Their clothes tend to be closer to their earthy complexion and might be brown leather or dyed forest greens.

Characters in the Harry Potter universe consider gnomes to be magical beasts. J.K. Rowling describes gnomes as having bulbous heads and low intelligence. Their skin tone ranges from an earthy gray to dingy lime color.

Gnomes do not appear to wear clothes, and most people see them as pests in this interpretation. In addition, these versions portray them as bald, with sparse, stringy hair.

Gnomes have come in all sorts of different colors since their start. The majority of interpretations stay true to a traditional European complexion, while others assign gnomes an earthy color.

If they are the type to wear them, traditional gnome clothes hold close to the colors of the earth and consist of greens, browns, reds, and tans.

Over time, different cultures have adopted and shifted the folklore. Gnome people have changed in shape, intelligence, and color. Ultimately, the color of a gnome will depend on the region, or fictional universe, in which you find them.