Skip to content
Home » Why Did Thor Dress up as a Bride? 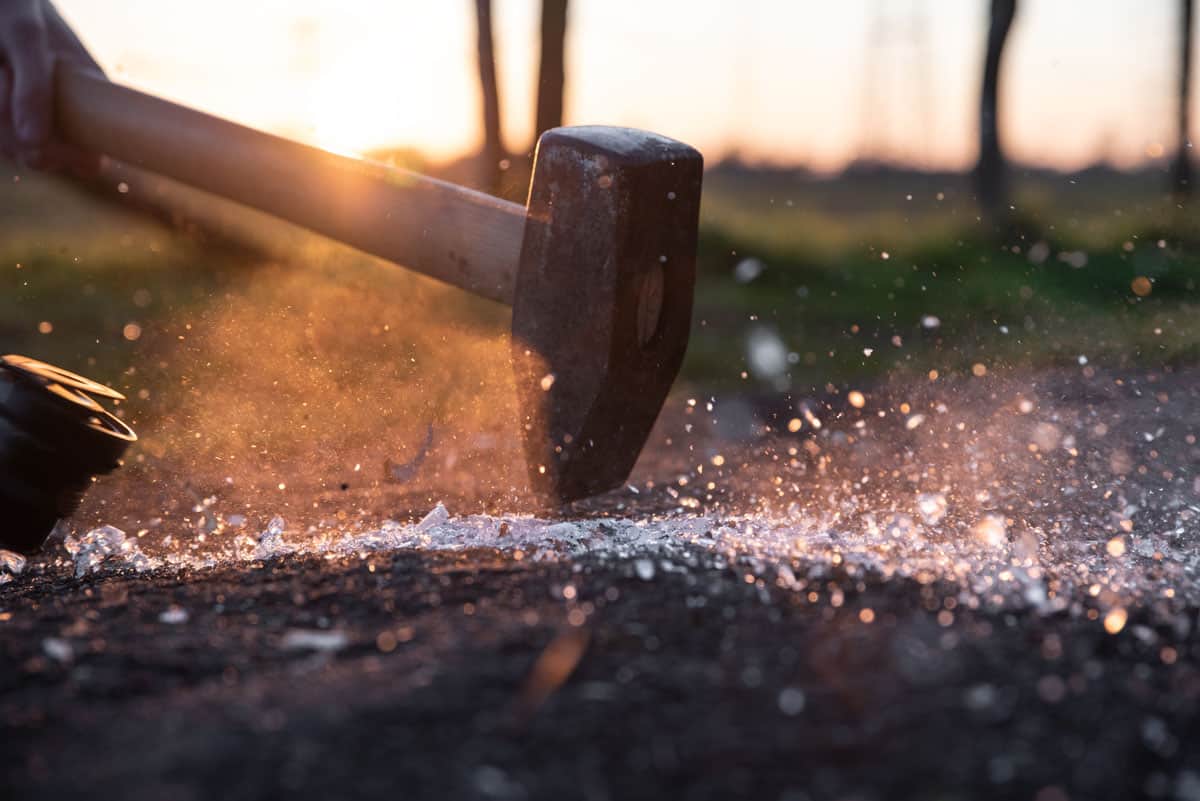 This myth involves Thor dressing up as the goddess Freya and him almost getting married to giant. The story is fascinating and well worth some time. So, why did Thor dress up as a bride?

Thor dresses up as the bride Freya and travels to Jotunheim with Loki to get married to the ogre Thrym. The reason he does this is that Thrym stole Thor’s hammer. Thrym then negotiated with Loki an exchange, the hammer for the goddess Freya as his bride. The gods decide to trick Thrym, and they send Thor disguised as Freya instead. During the ceremony Thor grabs his hammer and goes on a killing frenzy killing all the ogres and giants.

The story of Thor dressing as a women is one of the more lighthearted and funny stories in Norse myth. Let’s dive it a little further.

Before we begin to talk about the story, I think it would be helpful to learn a little more about the different characters involved and a little of their history.

Thor wakes up one morning to find something is missing. He reaches out his hand for his hammer Mjölnir, but grasps only air. His temper rises, initially thinking the trickster god is in someway involves. He rushes to find the frost giant and confront him.

Loki convinces Thor that he did take it. But this still doesn’t explain who did. Loki offers to find the whereabouts of the hammer for Thor. He quickly visits Freya and borrows her feathered cloak which allows the wearer to fly.

Loki heads into Jotunheim, surveying the land for the ogre Thrym. He spots him down below and when he lands he notices a huge smile on the face of Thrym. Thrym admits it was he who stole the hammer and that it is hidden away. He tells Loki he will only return it in exchange for the hand of Freya in marriage.

Loki returns and convenes a meeting of the gods to discuss the negotiation. Freya is distraught and overwhelmed with anger. She point blank refuses to agree to marrying Thrym. The other gods are at a loss as to what to do next.

Thor Dressed up as Freya for Her Wedding

At this point, Heimdall, who has been listening intently to the discussion decides to make his opinion known. He agrees that Freya shouldn’t have to marry Thrym. Instead, he suggests that Thor should attend the wedding dressed as Freya. And then once the hammer is presented to the gods, Thor should grab it and fight the giants and ogres and escape.

The gods ponder the plan for a while. Thor is very much against the plan, he feels the act of dressing as a women would very much diminish his pride and prestige amongst the other gods and giants.

His father Odin disagrees. He sees no other good plan on the table and so tells both Thor and Loki to prepare to go back to Thrym and the wedding. The female goddesses dress up Thor in the clothing of a goddess about to be married. They even give him jewellery and a face veil to disguise his beard and manly features.

Loki transforms himself into a beautiful handmaiden to accompany Thor.

Thor and Loki Return to Jotunheim and Thrym

Thor and Loki set off to Jotunheim. They arrive at the mighty hall to witness the preparations for the wedding in full swing. Thrym greets them and invites them into the vast giant dining hall.

The wedding feast begins and the food and beer is brought in. Thrym looks in amazement at his future wife, she is eating and drinking at a rate unheard of by either goddesses or giantesses. He asks Loki, why his soon to be wife is eating all the food and drink at such an astonishing rate. Loki replies that, Freya hasn’t eaten since she heard the news of he marriage to Thrym.

So, the festivities continue at this pace for a while. But eventually Thrym calls the feast to order. He announces that he will present Freya with the hammer of Thor as a wedding gift. A number of giants appear carrying the hammer and bring it to Freya and place it on her lap. Thor wastes absoloutely no time, he grabs the hammer, turns to Thrym and whacks him fully in the head.

Thrym falls to the ground and doesn’t move. Thor then turns on the rest of the guests. He rampages around the hall maiming and killing all those who get in his way. With his hammer in his hand he is back in his element and nothing can stop him.

Once all the giants and ogres have fled, the madness subsides. He turns to Loki, smiles and they both decide to return to Asgard.

As we said, it is rare in the Norse myths for such an out of character event like Thor dressing up, to take place. The myth of Freya’s strange wedding is therefore one of the most interesting.

That being said, it still has a lot of the obvious themes of the Norse myths. Like the giants causing problems and Thor eventually massacring a large number of them.

If you enjoyed this tale about Thor and Loki visiting the giants, then we have another article talking about the other giants from Norse mythology. If, on the other hand, you wish to find out more about Thor or Loki, we have specific articles just about them.

Thanks for taking the time today to read this article. Enjoy!