Skip to content
Home » Ra and Horus: What is the Difference? 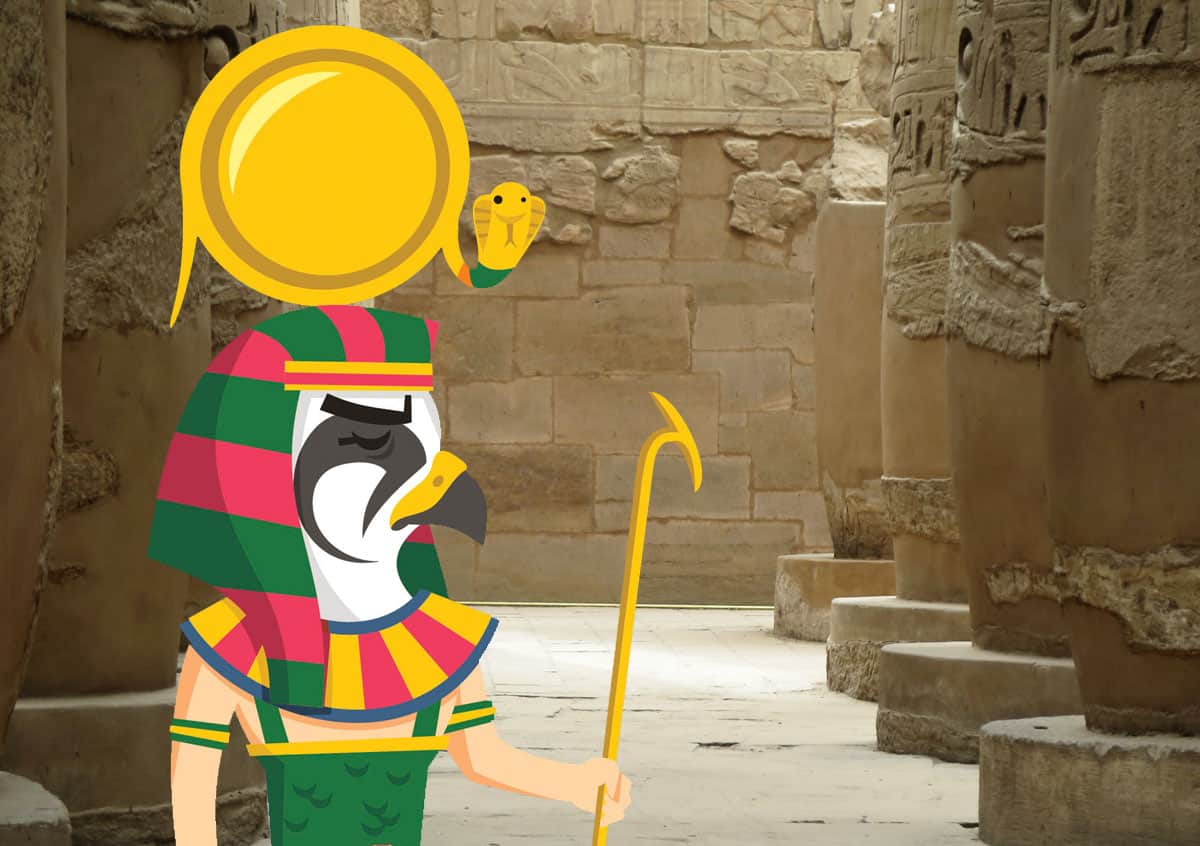 Ra and Horus both royalty and gods of the sun, and they were even combined and conflated with one another in later Egyptian myth.
But how did these two entities compare?

While there are many, many similarities between these two gods, who shared many things from their major domains (the sky, the sun, and kingship) to their favorite lover (Hathor), there were some significant differences as well.Ra was a god above and somewhat outside of the rest of the pantheon, serving as a unifying king for. Horus, meanwhile, was actually only the son of two of the major pantheon gods, Isis and Osiris. Although Horus was very powerful, his kingship was restricted to the earth and he was much more directly involved in the day-to-day squabbles of the earthly gods.

What’s the difference between Ra and Horus?

In most accounts, Ra had no parents. He was the same god as Atum, the first being, who emerged from the primordial waters. In some accounts, his parents were Neith and Khnum. Through them his siblings were Apep, Sobek, and Serket, while his half-siblings were Tutu, Heka, and Anuket.

As Atum, Ra was father to Shu and Tefnut and the great-great grandfather of Anubis. Ra was also father to Bastet, Satet, Anhur, Ma’at. Since Ra was often combined and conflated with other gods, he had many more children.

Some of his most notable consorts included Bastet, Satet, Sekhmet, and Hathor.

Horus’s mother was Isis and his father was her brother, Osiris. His aunt was Nephthys and his uncles Set and sometimes Her-Ur, known as Horus the Elder. His mother, father, aunt, and uncles were children of Geb and Nut, themselves the children of Shu and Tefnut. Shu and Tefnut’s parent, Atum, was the first being and an aspect of Ra.

Through Osiris, Horus was Anubis half-brother as well as his cousin. Bastet was his half-sister through Isis. Horus married Hathor, who was also Ra’s consort and daughter. The two had one child, Ihy, who was the god of sistrum playing.

Ra was King of the Gods and had many names. He was Atum on earth, Khepri as the sun god, and he was often combined with Horus, the falcon-headed sky god. After fathering the gods as Atum, Ra ruled over heaven, earth, and the underworld from the skies. He created all life in the universe by calling to it by its secret names.

Ra was a composite deity with many gods, who were both him and entirely separate from him. His most famous forms were as follows. Ra-Atum was the creator of life on earth. Amun-Ra was a combination of a royal god and a sun god to make a god king. Raet-Tawy was the feminine aspect of Ra, though she was sometimes a separate goddess entirely – in these myths, she was his wife or his daughter, or sometimes both.

Ra’s three daughters – Bastet, Sekhmet, and Hathor – were known as his eyes. They were also his consorts in some forms. He loved Hathor best of all and she often danced naked for him. Bastet was gentle, but could be fierce, such as when she decapitated Apophis. Sekhmet was the most vicious of the eyes; Ra once sent her to punish humanity but had to stop her. In her rage she would have killed them all.

Horus was one of the most powerful gods in Egyptian lore. He had the head of a falcon and the body of a man, and he ruled the sky and served in the underworld, mostly fighting off his father’s enemies. Horus was known for his war with Set which lasted over 70 years. At the end of this, the God of evil was defeated, and Horus reigned victoriously as king of the earth.

His story began long before this. He was conceived after Osiris died while Isis was carrying her husband’s body to his funeral. Isis and her infant son fled before Set could find and kill the child. While Horus was hidden, he was stung by a scorpion and died. Isis cried and begged, and the god Thoth responded to her pleas and helped her bring the child back to life.

He was not always as even-tempered as his father. When Set and Horus warred, Set pinned his nephew under the water with a harpoon. Isis withdrew it with her magic and sent it into Set. However, Set manipulated her into releasing him, and then he escaped. Horus beheaded her in his anger and was punished dreadfully, but mother and son eventually reunited.

Set lost a testicle in the war, and Horus lost an eye. The Eye of Horus became an important symbol of protection in Egyptian daily life.
Horus was god of kingship, the sun, earth, and the skies, and so it’s no surprise that he was often conflated with Ra. He was almost always shown wearing the double red and white crown to show his unified kingship over both Upper and Lower Egypt.

The Greeks heavily associated him with their god of music and the sun, Apollo. They actually considered Horus just another name for this god.

Ra and Horus were so similar that they were sometimes considered two aspects of the same gods Both represented the sun, the skies, and royalty, and even shared a consort (Hathor). However, Ra was more of a universal supreme deity, whose power extended over all of the other gods. Horus, meanwhile, was simply the king of the earth – and for his whole reign, he remained loyal and subservient to Osiris.