Skip to content
Home » Hades and Anubis: What is the Difference? 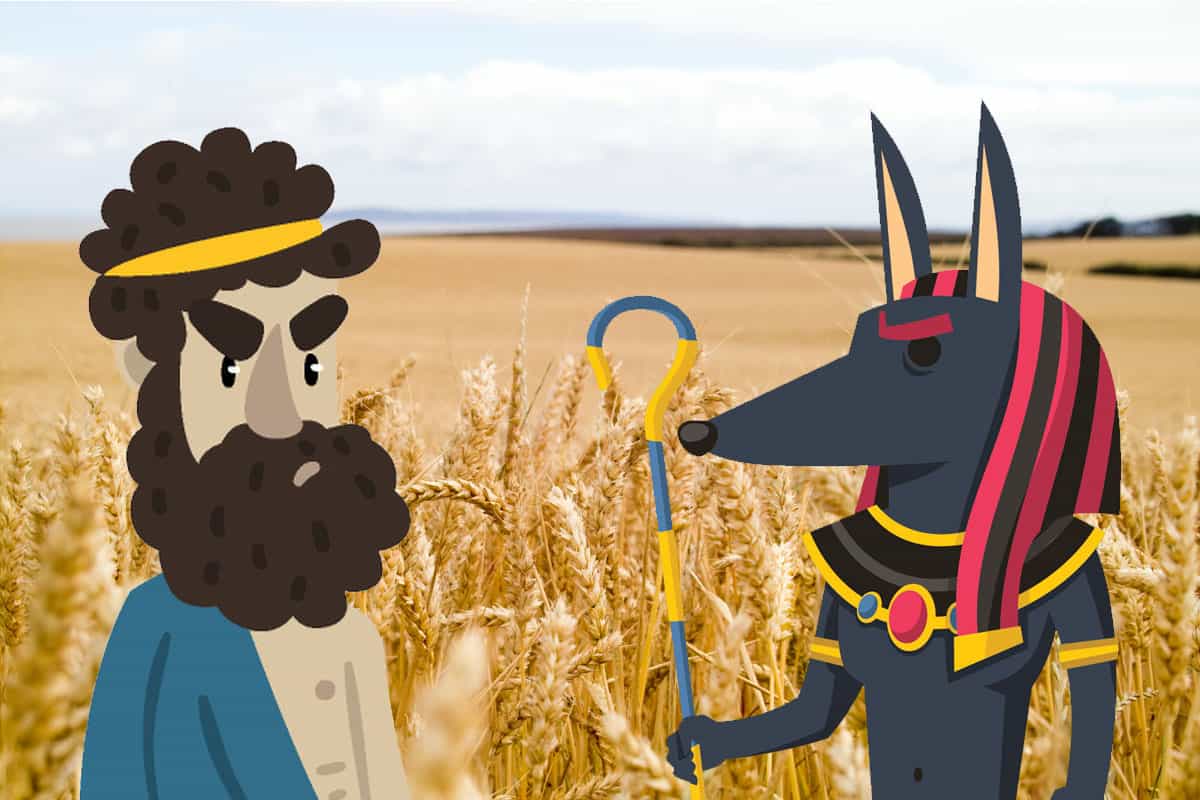 Both Hades and Anubis were guardians of the Underworld in their respective myths. One was the lord of the dead while one protected them.

Though these two gods were gods of the Underworld, their roles were very different. Hades was a ruler who did not care much for the personal lives of most of the spirits in his realm. Anubis, meanwhile, was a protector and a guide, and he served a greater god of the dead in Osiris. They shared a number of personality similarities, however. Both were exceedingly fond of order and would punish anyone who stepped outside of the rigid organization of the Underworld. Both also had a complex and somewhat traumatic story of their birth which resulted in their later roles.

What’s the Difference between Hades and Anubis?

Hades was one of the children of the Titans Cronus and Rhea and grandson of Uranus and Gaia. He was a sibling to Zeus, Poseidon, Hera, Demeter, and Hestia. He had a plethora of nieces and nephews through them.

He was married to Demeter’s daughter, Persephone, and together they had a son, Zagreus. Some myths also mention another son, Plutus, and there are some accounts that support that Hades and Persephone having also sired Dionysus and Melinoë.

Suda mentions that Hades is also Makaria’s father. However, there’s no mention of a mother. Hades is also named the father of the Erinyes (Furies) in Virgil’s account of the myths.

Hades had a close relationship with Hermes, who was also his psychopomp. Another of his close companions was Cerberus, the three-headed dog.

Anubis was the child of Osiris and Nephthys and nephew to Set and Isis. Isis was also Anubis’s stepmother and was raised by her. His parents, his stepmother, and his uncle were all children of Geb and Nut. His mother, even though she had him with Osiris, was married to Set. Anubis’s grandparents were Shu and Tefnut, who were in turn children of Atum, who was the first being.

He had one brother, Wepwawet, and a half-brother Horus.

In some earlier accounts, Set is said to be the one who sired Anubis. In some others, it is Ra who is supposed to be his father.
There was also a female equivalent of Anubis, named Anput. Anput was Anubis’s wife, with whom he had a daughter, Kebechet.

Hades was the eldest son of the Titans Cronus and Rhea and was the fourth to be swallowed whole by Cronus. After Zeus forcing Cronus to regurgitate his siblings, they gathered allies. They waged war against the Titans, resulting in the Titanomachy. This lasted ten years and ended with the defeat of the Titans. Following that, Hades, Poseidon, and Zeus drew lots to see what realm would each rule, and Hades drew the lot of the Underworld. In some myths, Hades was displeased with this ruling but had no choice on the matter.

He married Persephone after abducting her at Zeus’s command. Demeter, her mother, was highly angered by that and grieved the loss of her daughter, even though Helios assured her that Hades was worthy of her daughter.

Even though there has been much debate about how willing Persephone was to marry Hades, the couple was quite loyal to each other with only a few deviations. They ruled the Underworld as an equal King and Queen.

Contrasting most chthonic figures, Hades was sort of passive and maybe even humane. He wasn’t very fond of gore and bloodshed and cherished order and balance. He preferred to stay away from the dramatics of the living and chose instead to focus on his underworld duties.
Even though he wasn’t unkind, he was very strict about anyone who tried to escape his realm. Sisyphus tried to cheat death and so received a severe punishment from Hades. When Apollo’s son Asclepius started bringing the dead back to life, Hades complained to Zeus. Zeus then killed Asclepius with a thunderbolt.

Pirithous tried to steal Persephone to make him her wife, but Hades was aware of his plan and pretended to offer him hospitality. After Pirithous accepted, Hades had him bound by living snakes and confined him to the Underworld as punishment.

Hades only loved two others apart from his wife, and they were both nymphs, Minthe, and Leuce. Persephone was jealous, so she turned Minthe into the spearmint plant. Leuce, however, lived and died in the nether realm, and after her death, Hades created the white poplar tree as her memorial in the Elysian fields.

As Anubis was illegitimate, his mother Nephthys feared for his life, so when the baby was born, she hid him in a marsh. Isis, even though married to Osiris’s father, showed no hostility against him or her sister Nephthys and helped rescue and raise Anubis alongside his mother.

Anubis was the protector of cemeteries as well as patron of mummification. He is portrayed with a canine head on a male humanoid body, holding a flail or sometimes a whip. He was tasked with protecting the mummies in their tombs as well as taking the dead to their afterlife.
Anubis is one of the most favorite Egyptian gods, as well as one of the most well-known. He had a very important role in Osiris’s mythology apart from his own. That is, after Set murdered Osiris, Anubis embalmed the body and protected it.

Cemeteries were, apart from his domain, his place of living. Apart from a psychopomp, his role was sometimes to judge the worthiness of the dead during the heart-weighing in the Hall of Two Truths. Whenever a soul was found worthy, Anubis prepared them and escorted them to the afterlife.

Anubis was quite orderly and punished whoever would dare to unsettle order or stepped out of line in the Underworld. He would have his messengers punish any wrong-doers by tormenting and persecuting them. Still, he also took it upon himself to punish those whose behavior was unrighteous.

In one of the myths, Set disguised himself as a leopard and attempted to desecrate Osiris’s dead body. Anubis chased Set, wielding a hot poker, and this is why allegedly leopards have spots. Following that, Anubis took the skin from his disguised uncle and wore it as a coat.

Neither Anubis nor Hades is particularly well understood. Neither god was evil nor devilish in the slightest. In fact, their actions almost always ranged from benign to entirely benevolent.

While the Greeks were wary of death and avoided Hades’s name, death and resurrection was key to Egyptian religion, and so Anubis was worshipped. Later Greco-Egyptian myth conflated the two, and though they were different, they became aspects of each other.