Skip to content
Home » Greek Gods Family Tree: Who is Who? 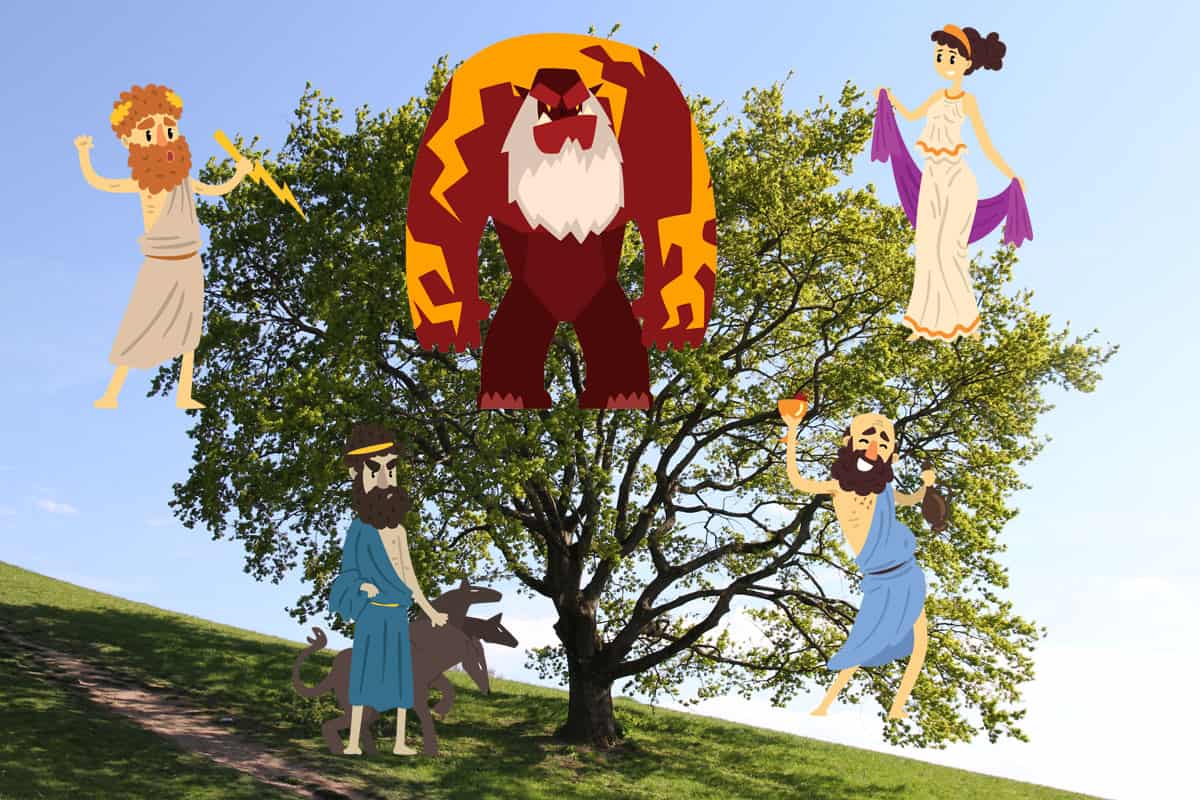 With all their inter family relationships, affairs, and falls into vice, keeping track of who is related to whom and how can be challenging when it comes to the Greek gods.

What with Zeus and his multiple affairs, various gods marrying their siblings, and the ongoing threat of killing off your parent, it’s reasonable to struggle with it.

Think of Gaia as the one who started it all. All of the deities that make up the Greek pantheon are direct descendants. From Gaia came her brother or husband or both depending on how one looks at it.

They brought forth the titans who became the parents of the Olympians. That should be enough to get anyone started in understanding this chaotic family tree.

Who Are the Most Important Gods in the Greek Mythology Family Tree?

Gaia can be seen as a primordial deity within the Greek pantheon. She is considered the Great Mother and a personification of the earth itself. Ouranos, the deity of the heavens and the sky, was her companion and lover. With him, she gave birth to the titans and started the long history of chaos and drama that Greek mythology is known and loved for.

While she is often portrayed in the contemporary era as the loving Mother Earth and has even inspired many yoga and meditation brands, her original stories of her are rather fierce. In one myth, angered by Orian’s boastful claims that he would kill all the animals of the earth, she simply sent a scorpion to kill him. She also sent a Giagantres after Zeus because she didn’t like the way he treated her children, despite the fact that technically she is his grandmother.

Generally speaking, Mother Gaia, being the literal force of nature, was not to be messed with.

Generally speaking, he isn’t the most notable of the deities, nor did he have a cult in classical Greece that worshipped him.

Within folklore, his primary function was to procreate with Gaia and produce the titans.

The titans were amongst Gaia’s original offspring alongside the Cyclops and the Giants. Hesiod’s Theogony says there were twelve original titans including Cronus, their ruler, and Rhea, his sister and wife, and their five brothers and sisters. Their key role in Greek Mythology was to lead up to and ultimately through their children overthrowing them and taking charge of Olympus.

The twelve titans include:

Cronus learned that his own children were prophesied to overthrow him and decided he would just eat every child Rhea gave birth to. Eventually, she reached out to Gaia for help and plotted to rescue her next child from the same fate. She gave birth to Zeus secretly and delivered a block of stone to Cronus in place of the child.

Once he had grown up, Zeus worked with Gaia to force Cronus to throw up his siblings from his stomach and together they overthrew the titans altogether. This battle is often listed as one of the greatest battles in Greek mythology in which sides were tried, boundaries were made and crossed, deals went south and it really was anyone’s battle at certain points. While she didn’t necessarily like the way Zeus treated her children, Gaia still acted as an influential part of turning the tides of the battle to favor the Olympians.

Cronus and most of his siblings were imprisoned in Tartarus where they supposedly still remain and Atlas, the son of Iapetus, was tasked with shouldering the weight of the Earth.

The Olympians were made up of the children of the Cronus and Rhea and a few of Zeus’s children. The one exception to this is Aphrodite who is said to be born of seafoam created by Ouranos’ severed testicles.

The Twelve Olympians are:

Under Zeus’s leadership, they ruled Olympus. But generally speaking, it wasn’t clean and organised leadership. It was true chaos, riddled with vice and debauchery. Zeus’s particular propensity to unleash fierce and corporal punishment on any wrongdoing meant that worshippers were more concerned with appeasing him than they were with gratitude or other forms of religious expression. A vast majority of Greek mythology highlights their various adventures and escapades.

While Hades may have been the brother to Zeus and Poseidon, he is typically not considered one of the twelve Olympians. After the battle with the Titans, Zeus, Poseidon and Hades drew lots to see who would rule what. Zeus got the skies and heavens.

Poseidon received the seas. They decided it was in their best interest to leave the earth to Mother Gaia and Hades received the  Underworld.

Given how far his realm is from Olympus, he typically is left out of the list of Olympians.

Zeus was not known for his fidelity. Although married to his sister, who happened to be the goddess of marriage and fertility, they only had two of his many children together. Ares, god of war, and Hephaestus were the two children of Zeus and Rhea.

While his many children probably cannot be accurately counted within Greek lore, he did have notable affairs with Leto, Maia, and Seleme. From each of these unions, came several Olympians. With Leto, they produced the twins Artemis and Apollo. From his affair with Maia, came Hermes. And from his affair with Seleme, came Dionysis.

Additionally, Athena was also born from Zeus with no clear maternal lineage. She was born, fully formed, from his forehead. Nonetheless, the Olympians are clearly made up of Zeus, his wife, his brother, and his many children.