Skip to content
Home » 13 Children of Uranus and Gaia: Who Are They? 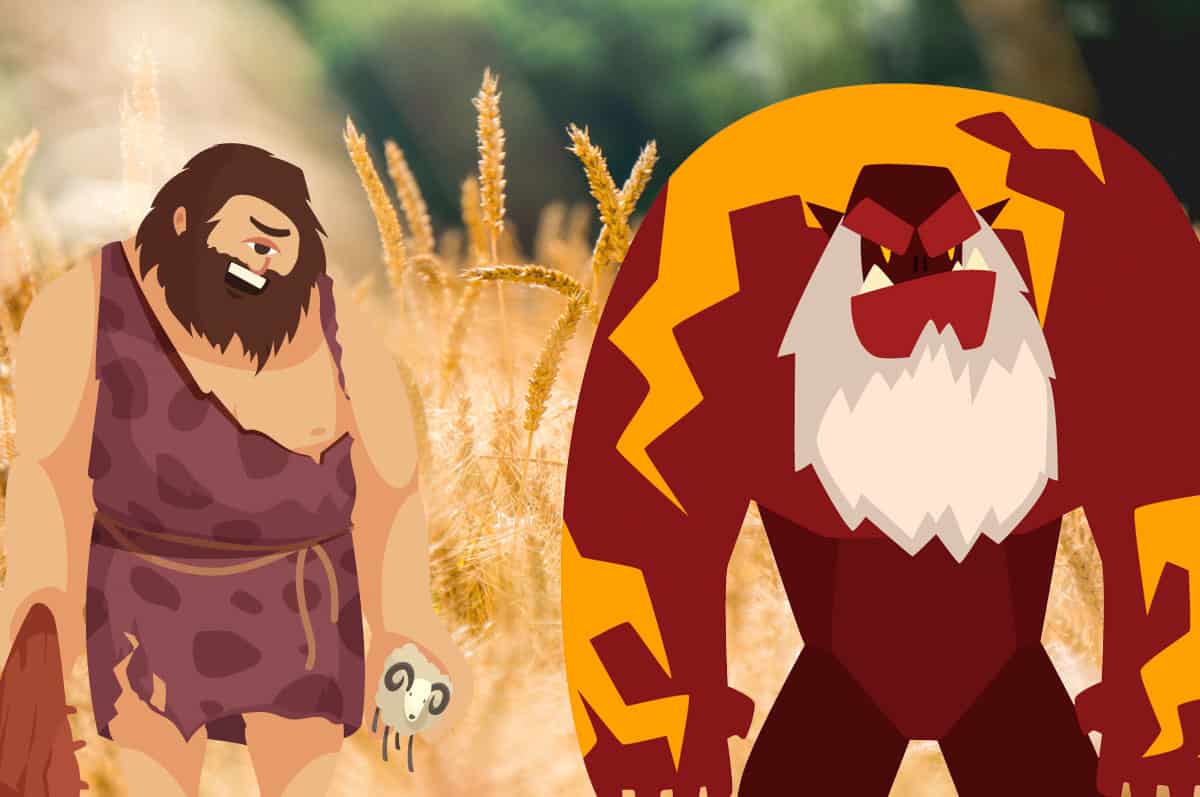 Uranus and Gaia, respectively personifications of the sky and earth, were primordial gods and the progenitors of many. They had lots of children together, from Titans to gods to giants, though their union was not always a happy one. They were the grandparents or great-grandparents of most of the Olympians.

The following is a list of the children of these gods, explaining who they are, what they did or represented, and explaining their lasting impact on Greek mythology.

The Children of Uranus and Gaia

There were twelve Titans in all. They were the forebears of the gods. In order of birth:

He was husband to his sister Tethys and father of the Oceanids. He was also the personification of a river which encircled the whole world. As well as his three thousand nymph daughters, he and his wife also fathered three thousand river god sons.

Coeus was the personification of the axis around which the universe revolved. His sister-wife was Phoebe, with whom he fathered Asteria and Leto, mother of Artemis and Apollo. Not much was written of him except that he was at the great battles of the Titanomachy.

Crius was heavily involved in the war against the Olympians. When the Titans lost, he along with the others was banished to Tartarus. His wife was his half-sister Eurybia, who was Gaia’s daughter by Pontus.

Iapetus was married to one of his nieces, the Oceanids. His wife’s name was either Asia or Clymene, and their children were the forebears of humanity. Amongst their children were Prometheus, who brought fire to man, Epimethus, husband of Pandora, Atlas, who carried the heavens, and Menoetius, killed by Zeus.

Hyperion’s wife, her name literally meant ‘goddess’. She was motherly and represented the idea of the mother goddess. She was also known as mother of the dawn and several similar epithets.

The mother of Zeus, Poseidon, Hera, Hades, Demeter, and Hestia, Rhea hid her youngest son Zeus to protect him from his father’s wrath. Her husband was her younger brother Kronos. She also gave him the tonic which eventually freed the Olympians to begin the Titanomachy. She came up with her plan to save Zeus with Uranus and Gaia. She is known as mother of the gods or mother of the Olympians.

She was a personification of justice and divine law. She was an early wife of her nephew Zeus, and she built the Temple at Delphi which she eventually passed on to Apollo. In some versions of myth, her children were the Horae, the goddesses of the seasons, and the Morai, the Fates. In some versions, she is the mother of Dike by Zeus. She was also sometimes known as Gaea.

Mnemosyne was a personification of memory, a consort of her nephew Zeus, and mother to the nine muses. Her daughters were named Calliope, Clio, Euterpe, Erato, Melpomene, Mneme, Polyhymnia, Terpsichore, and Urania. She was said to give the power of confident and authoritative speech to priests and other orators. Occasionally, rather than being the mother of the muses, she is worshipped as one of them, replacing Mneme.

Phoebe was the original moon goddess and the consort of Coeus, her brother. She was the grandmother of Hecate, Apollo, and Artemis. Apollo took her name as one of his epithets when he was named Phoebus, meaning light. She was also heavily involved as an Oracle at Delphi.

The sister-wife of Oceanus and the mother of the Oceanids and river gods, Tethys was often portrayed in art but otherwise did not have a significant written role in mythology.

He was the youngest of the Titans but also their leader. With help from his mother, he overthrew his father, Uranus, and sheared off his genitals. This was because Uranus wanted to kill Kronos. In turn, Kronos then attempted to kill and was overthrown by his own son, Zeus, son of his sister-wife, Rhea. As well as the Olympians, he was the father of Chiron.

Though not one of the official Titans, Dione was also a daughter of Uranus and Gaia, and in some stories, she is the mother of Aphrodite.

These fearsome one-eyed giants helped the gods against the Titans. Their names were Arges, Brontes, and Steropes. The three of them crafted weapons for the gods, including Zeus’s thunderbolt.

Known as the Hundred Handed Ones, these three-headed, hundred-arms giants sided with the gods against the Titans. Their names were Cottus, Briareus, and Gyges. They were imprisoned by Uranus and freed by Zeus.

Also known as the Furies, Alecto, Megaera, and Tisiphone were agents of vengeance in the Underworld. Their job was to punish oath breakers, murderers, liars, and others who deserved their wrath. Sometimes they were instead the children of Hades and/or Nyx.

Before the Nine Muses, the original triad of muses consisted of Mneme (memory), Aoide (song), and Melete (contemplation)

These giants were born from the blood of Uranus’s sheared genitals sprinkled on Gaia’s soil. They were enemies of the Olympians and warred with them often. The named Gigantes were:

These were the original inhabitants of Rhodes. Their father was Pontus, not Uranus, or they were born from the blood of Uranus’s genitals. Occasionally, they were the children of Poseidon, or of Tartarus and Nemesis.

These were tree nymphs, specifically of the ash tree. Like the giants, they were formed from drops of Uranus’s blood. The Meliae were the nursemaids of Zeus while the child was being hidden from Kronos, helping to raise him to manhood. They were companions of the goat Amalthea and helped her to feed the child her milk along with honey.

The Meliae were the ancestors of some humans.

The legendary forebears of the Aeotolians who fought over the Calydonian Boar. This was a tribe, and not related to the Curetes who worshipped the Titaness Rhea and were associated with the Korybantes.
Aetna

A nymph, she was also a consort of Zeus or Hephaestus. Her father is sometimes also listed as Briareus or Oceanus. She was Sicilian and she served as a mediator between Demeter and Hephaestus when it came time to decide who had dominion over Sicily. Mount Etna takes its name from her, and it serves as a buried prison for Typhon, Enceladus, or Briareus. It was also where Hephaestus crafted Zeus’s thunderbolts.

The Olympian goddess of love, sex, and beauty, Aphrodite was born from the blood of Uranus’s shorn genitals which fell in the sea. Her mother was not Gaia, but Thalassa, the personification of the ocean. In other accounts, Aphrodite is the daughter of Zeus and Dione.

Uranus himself was Gaia’s son before he was her husband, born by parthenogenesis. In other versions of the myth, he is the son of Aether and Hemera, Elium and Beruth, or simply by Nyx.

12. Children of Only Gaia

Gaia had a number of children separate from Uranus.

With no father With Tartarus With Pontus With Aether

Most of the above children are primordial concepts, as Gaia was the ancestor of all life, both divine and mortal. This included personification of the mountains, the sea, and several other natural wonders.

These were infant gods in Greco-Roman myth who each portrayed a fruit of the seasons. Their names were Eiar (Spring), Theron (Summer), Phthinoporon (Autumn), and Cheimon (Winter). Though they usually appeared as babies, they were sometimes young men. Their father was either Uranus or they were born by parthenogenesis.